Burial of the Sardine

Sardine in the People.

Every year all the Wednesday Ceniza is the Burial of the Sardine in Venezuela, previously there was celebrated in Knapsack a parish of the condition Vargas by a tradition of 100 years but I stop being celebrated in the 70s. Then a group of worshippers of the people costeño of Naiguatá decided to rescue the magic - religious tradition. Expiring already 60 years being celebrated. It is a tradition that gives beginning to the Lent the accomplishment of this one favors the arrival of the fishing and good crop.

Gentleman Seledonio Escobar is the manager of doing the structure where the Sardine will be.

Early good in the morning, in the center of collection of the fishermen of Naiguatá begins to be organized quite to venerate to the sardine before throwing it to the sea.

Already ready to go out to cross the Village.

In this center there meet the organizers and worshippers of this people to help to the production of the sardine, fulfil one framework of wood that they support with wire and nails, in this one framework will be taken the sardine, they add to this one fruits, mounts and, vegetables that will be offered in order that the abundance in the fishing and the good crop is prosperous all the year round.

Gentleman Juan Jose Montes Romero, The Priest of the Sardine.

This tradition is composed by a priest, The Widows of the Sardine, the Devil and the participation of the people in his great majority as well as visitors and tourists.

The friends and the wives collaborate with the makeup.

The widows are arranged and made up by relatives and friends, necklaces, hats, heels, identical nails and black dresses are what the men disguised as widows take. The priest blesses the participants.

The priest is dressed and arranged to head the procession that the whole people will cross. Already going out with the procession the people almost in its entirety accompanies to the sardine and the priest heads it throwing holy water and listening to the algarabíos of the widows who weep disconsolately for the loss of the sardine which will be led to burying. Later that the father gives the funereal ceremony and the sermon, he excuses those who repent and to that not also, it begins the holiday.

The Sardine accompanied by the people. 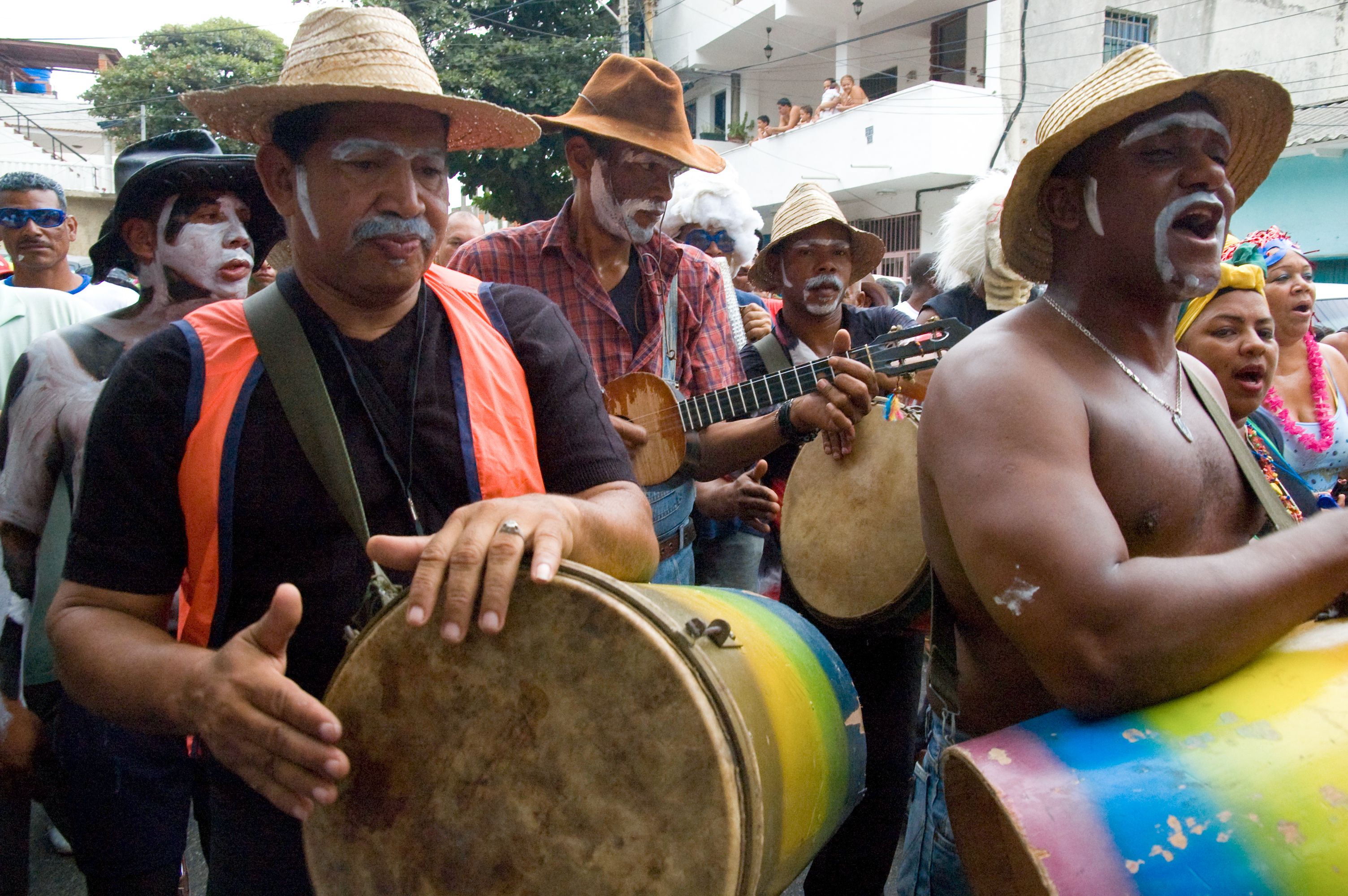 Groups of persons throw paintings to all those who are there, also are observed disguises that to the sound of Naiguatá's Spree a musical group they are singing and dancing for the whole people, it is a tradition that this year they were requesting that Immaterial Heritage of the Humanity is declared. 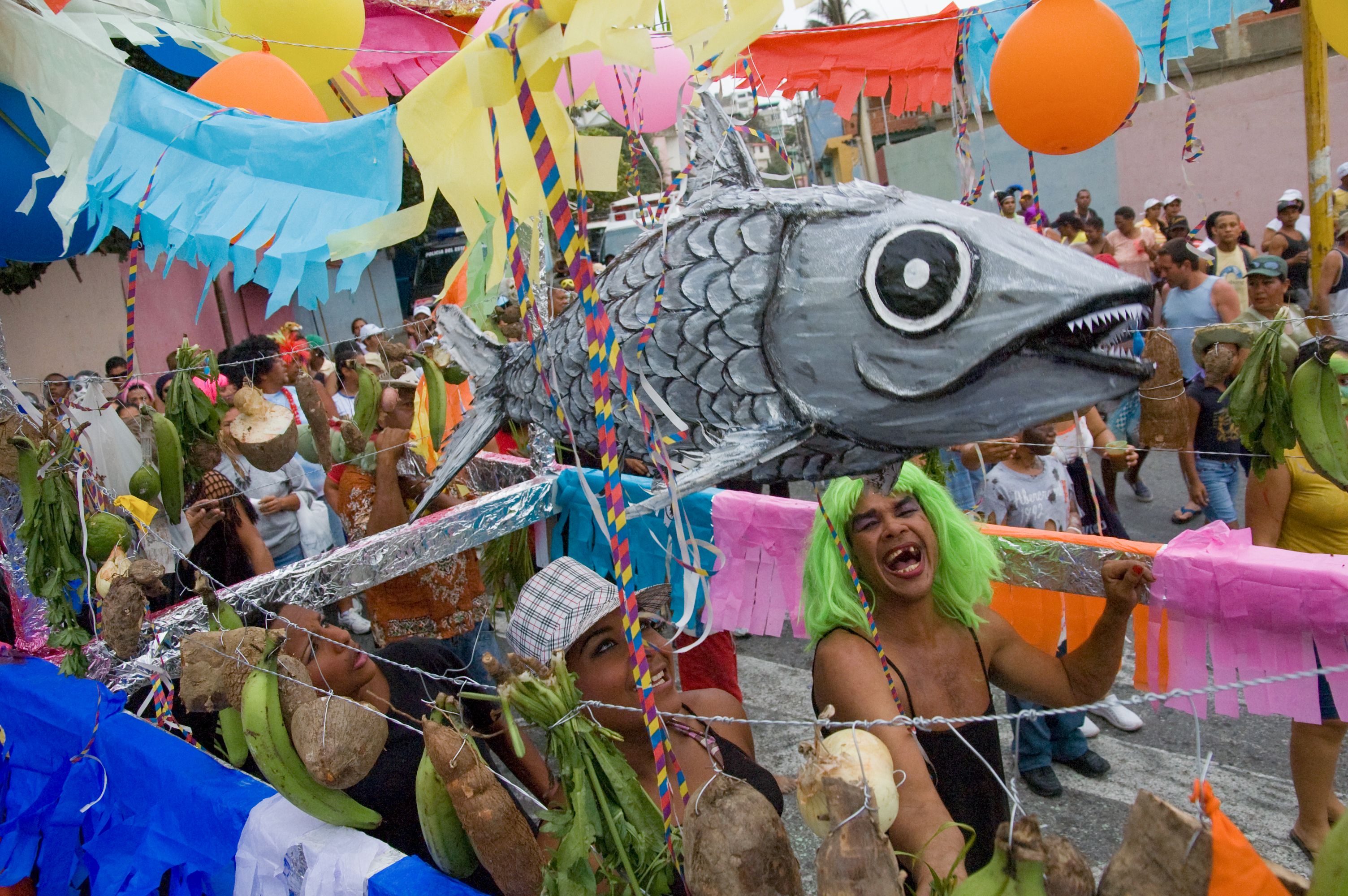 The people of Naiguatá is a parish of the condition Vargas in Venezuela, possesses approximately 14.583 inhabitants. One agrees the village of Naiguatá in a narrow band of the center - north of Venezuela, on the banks of the Caribbean Sea.
Camere EOS 40D.

I invite them to visit and take part in this cultural manifestation that dates back to the 17th century that began in Murcia and that now is celebrated in Venezuela.