The Building of the Horse #5

It has been a while, but time flies as they say. I have been constructing the mechanical effects for the Horse, and it is going well. I have also made some progress on fleshing out the upper part of the head. 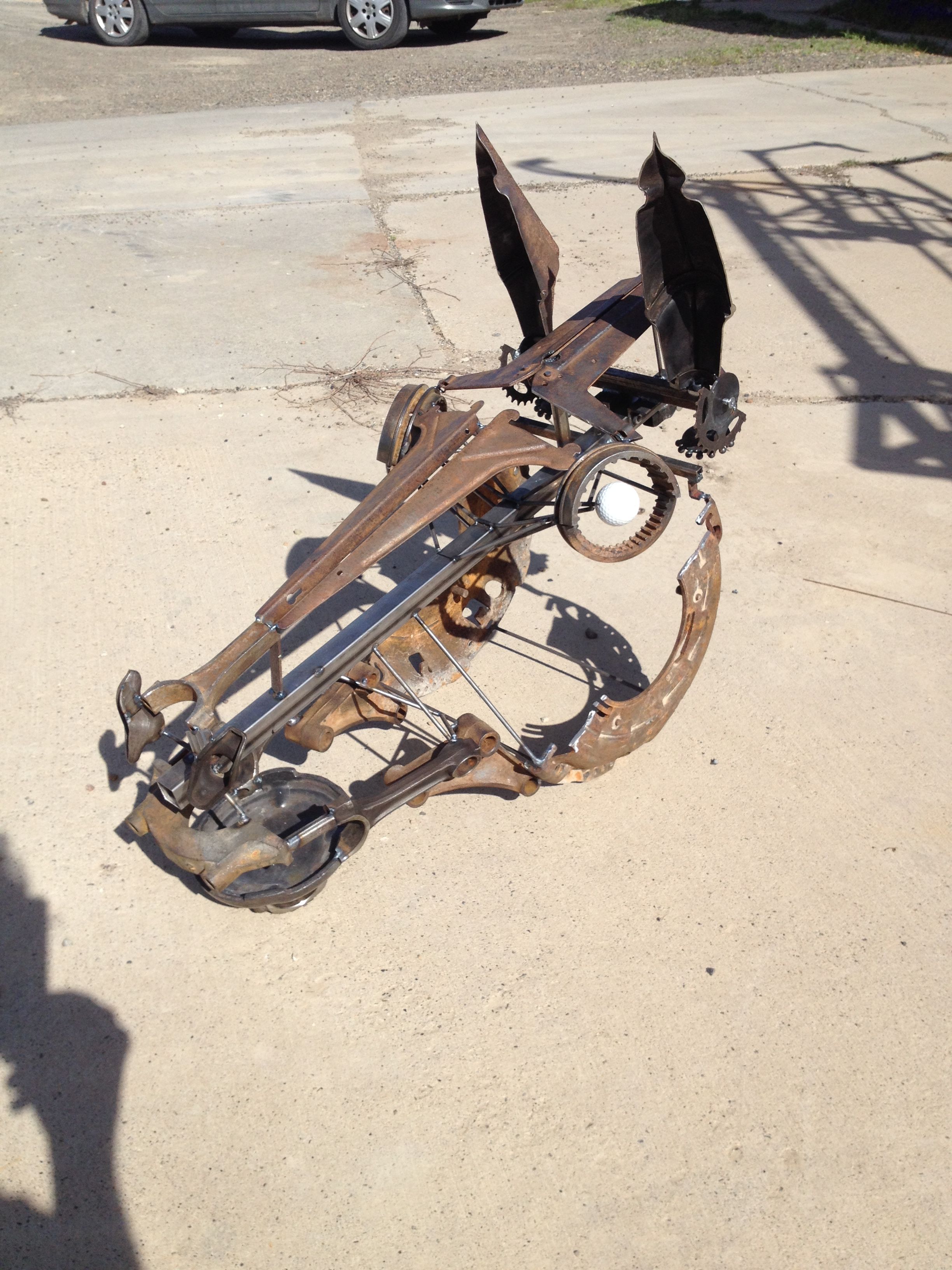 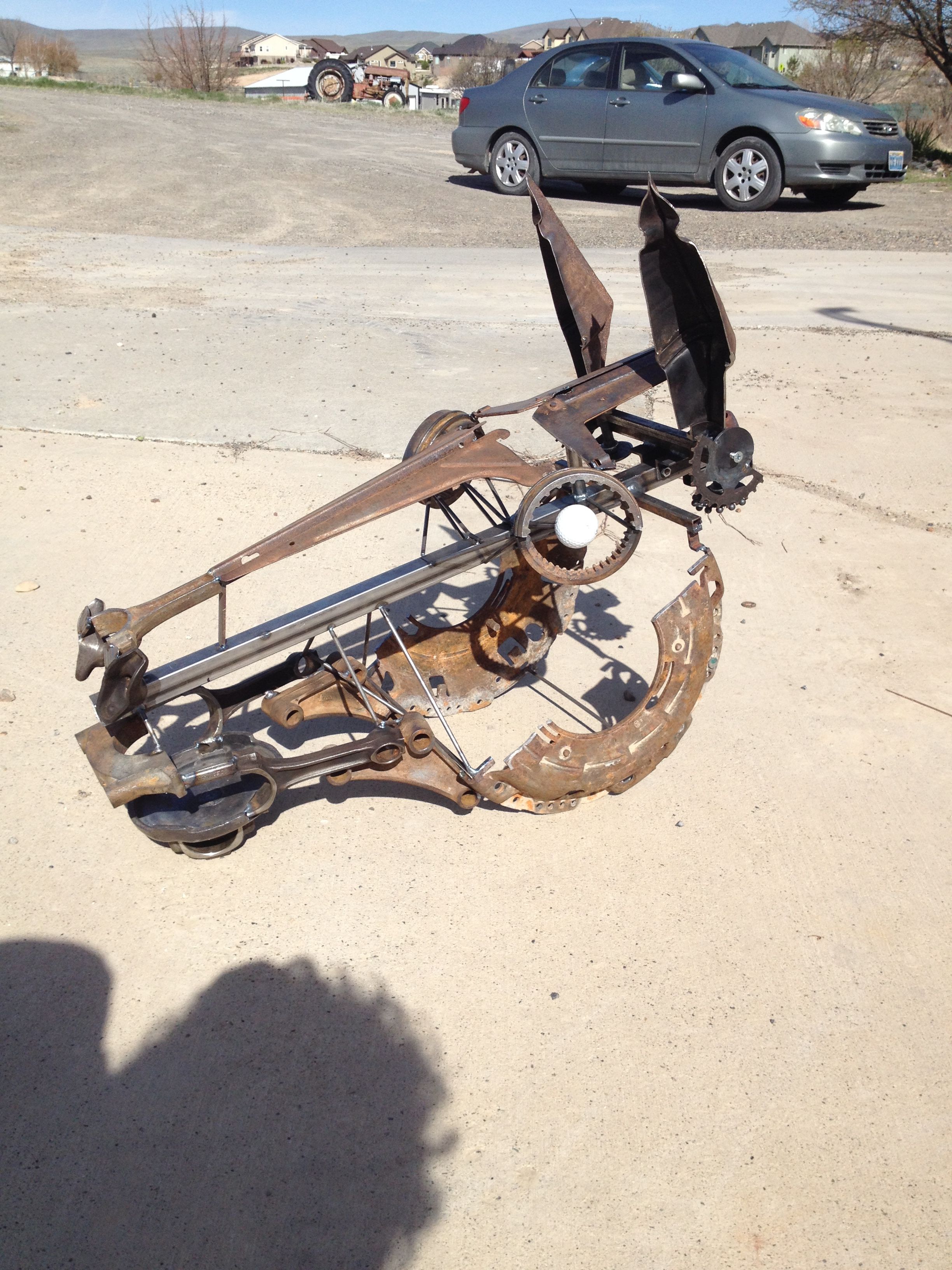 The ears and face plates are a big improvement over the earlier temporary parts. Moving ears were not part of the original plan, but I think they add a lot to the piece. For comparison, here is a close up of the head with the temporary ears and face front. The front leg motion is the most complicated effect the horse will have. I had to do some experimenting to figure out the crankshaft and the other components before building them. 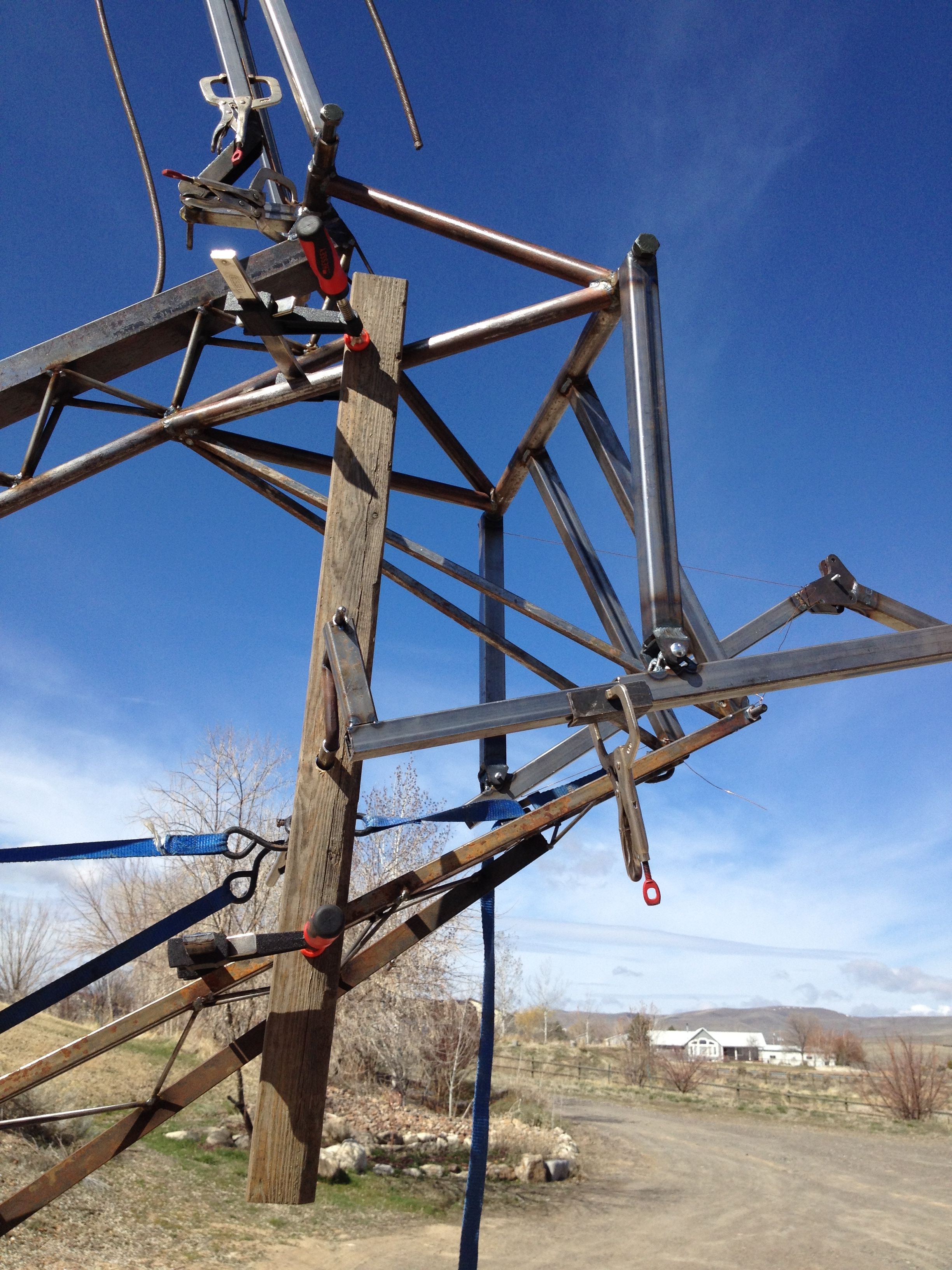 Getting the linkages and joints right to bend the leg properly at each joint was certainly an adventure, but I was happy with the results. 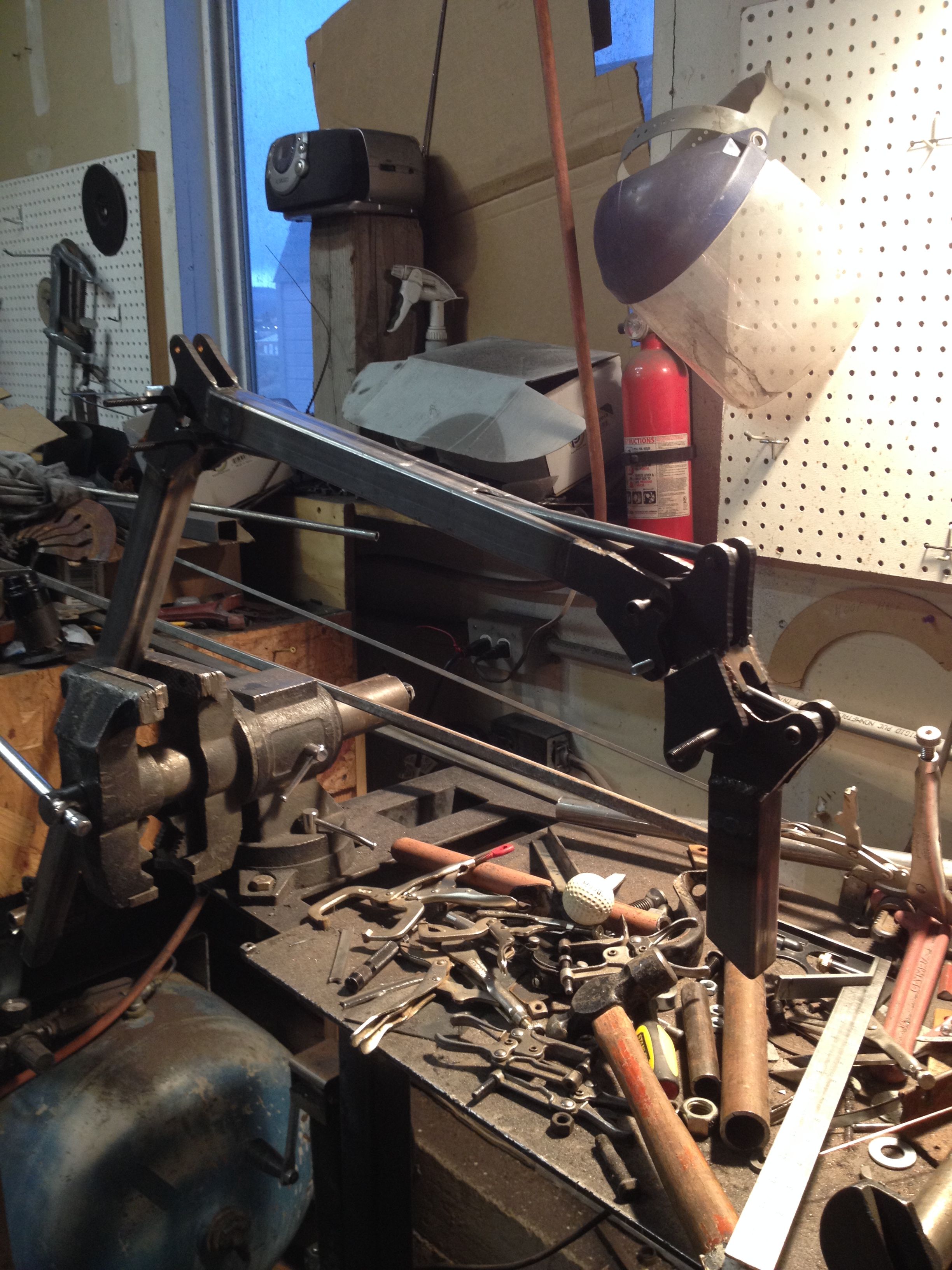 While doing early tests on the legs I found that my shoulder joint required some reinforcement, so I added another bushing further in on the frame. Due to the outer support being welded in place, I had to do a two part bearing holder. 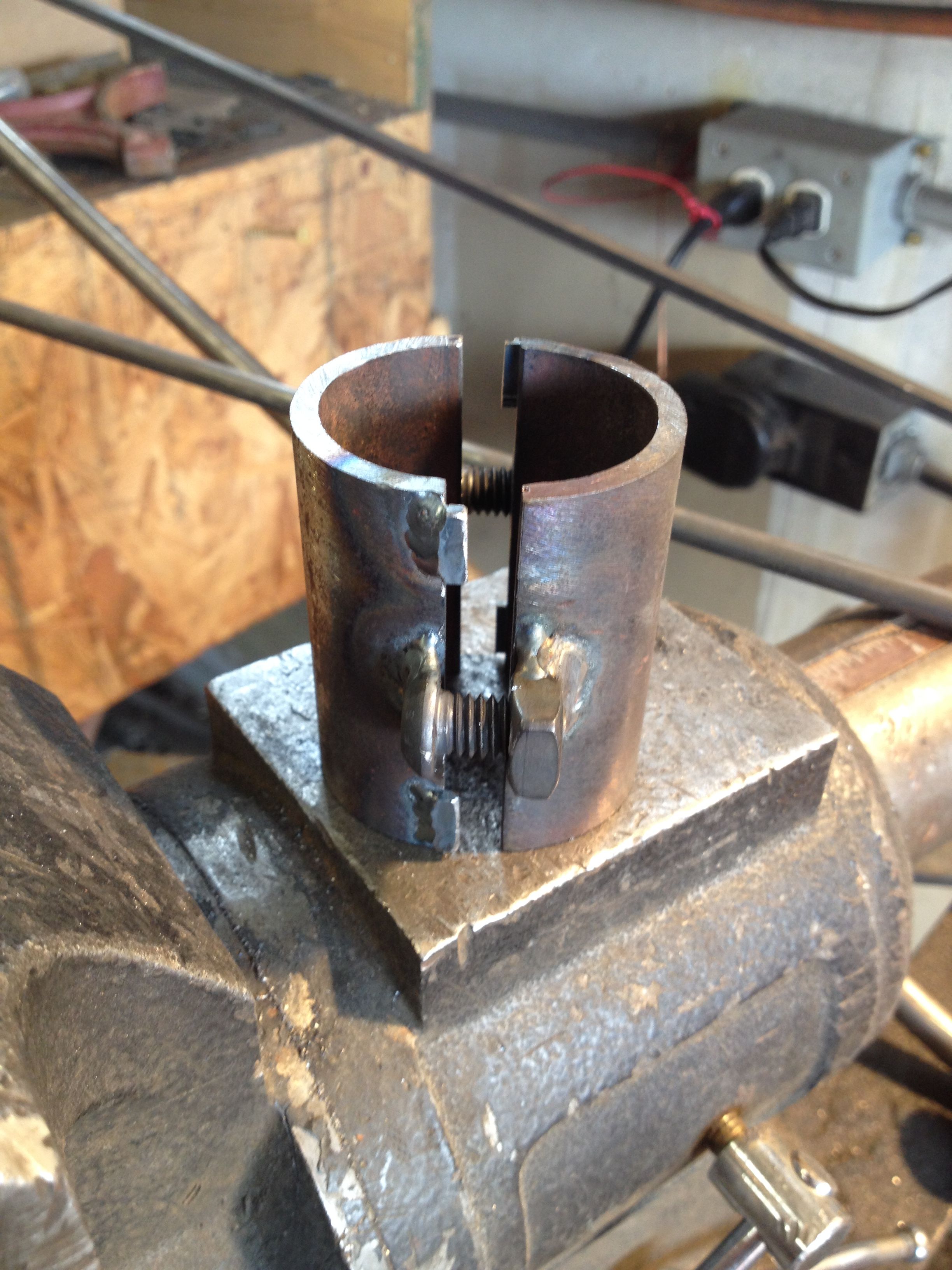 Here is the leg mechanism installed. 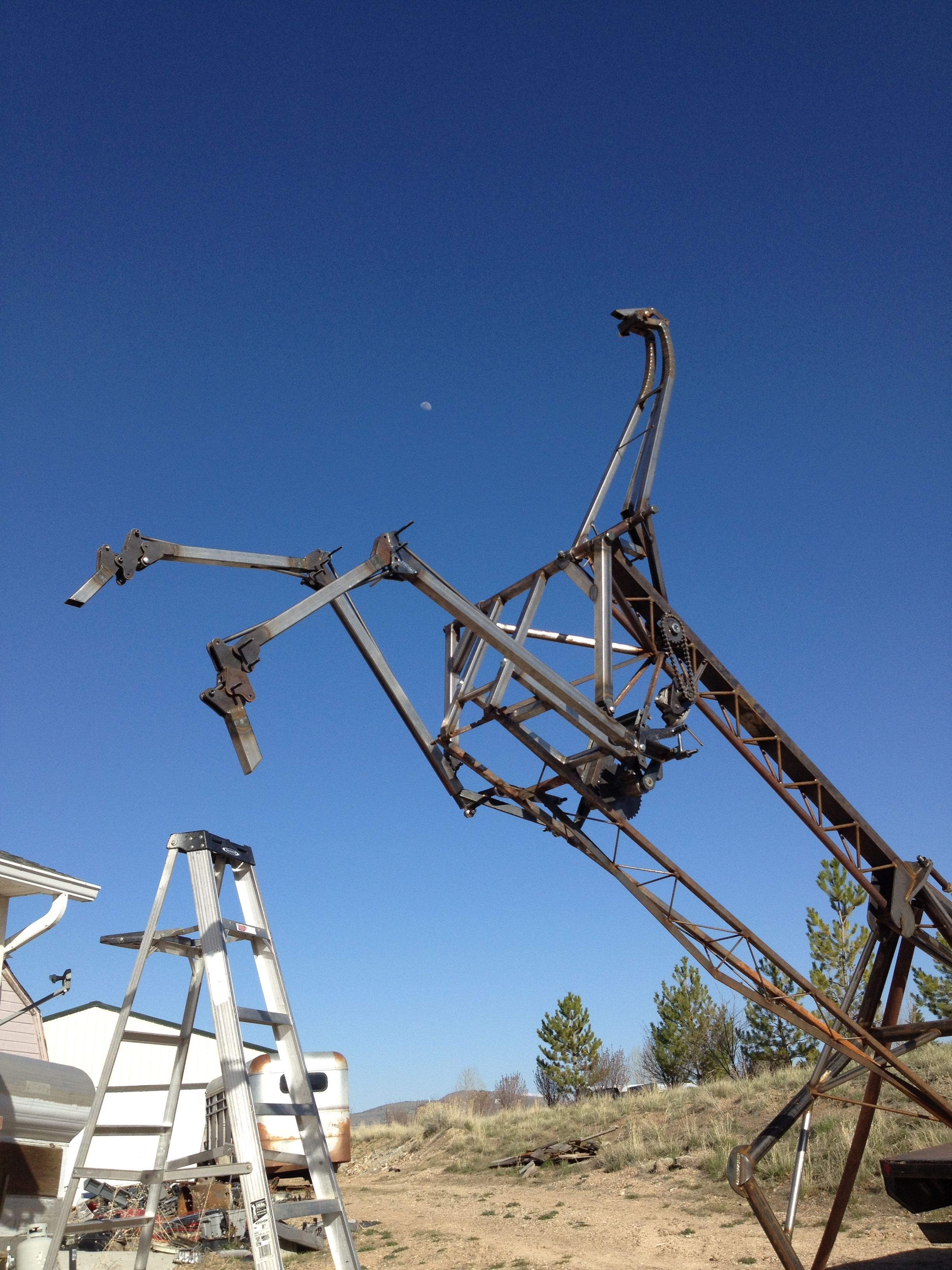 And last but certainly not least, here is a video of some of the mechanisms being tested:

This project was made possible in part by a grant from Burning Man Arts.

Hi Barry. This is amazing! I featured you in my latest post: https://steemit.com/art/@beinart/inspiring-artists-on-steemit

cooool I like it :D
Awesome mechanical work. I am deeply impressed.
Have a nice day!