Richard Is About To Become Possessed By Beelzebub the Demon 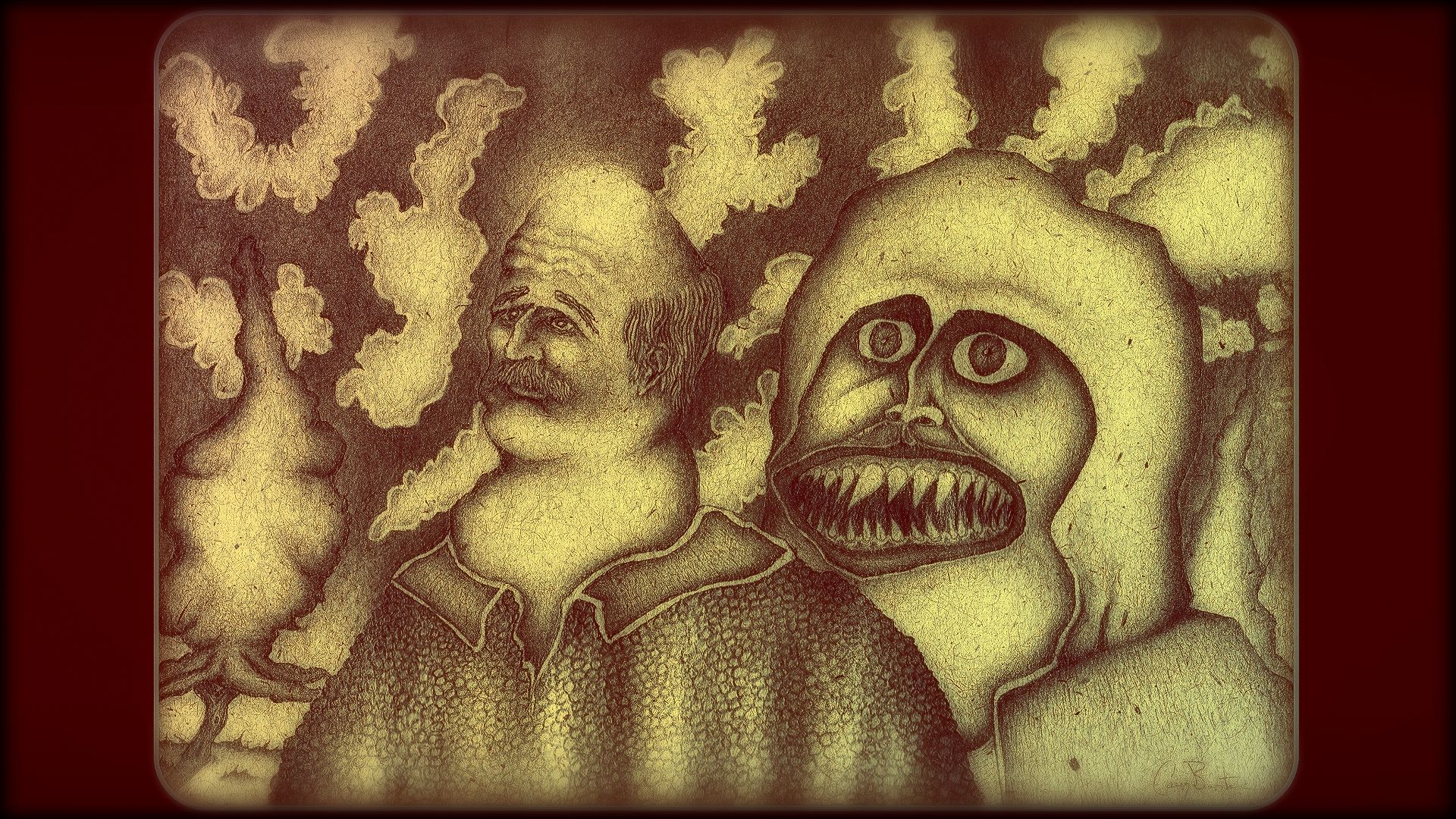 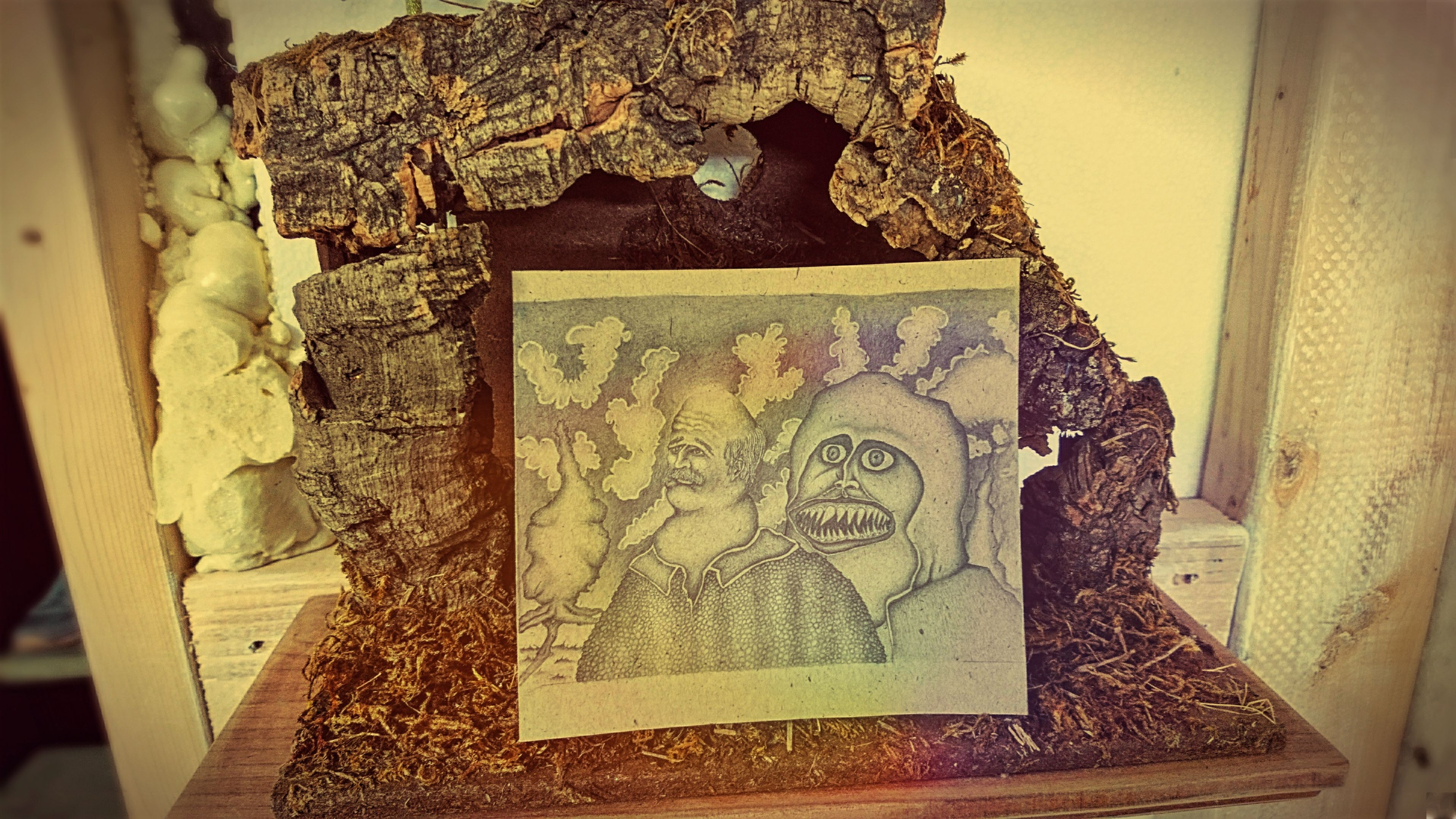 Actual text from a real exorcism performed by Roman Catholic priests on March 30, 1976 as recorded in the book:
'Warnings from Beyond:' Literal Text of Revelations Made By Devils During Exorcisms https://www.amazon.com/dp/B000GYTOBQ/ref=cm_sw_r_cp_apa_ranMAbPPWBSGK 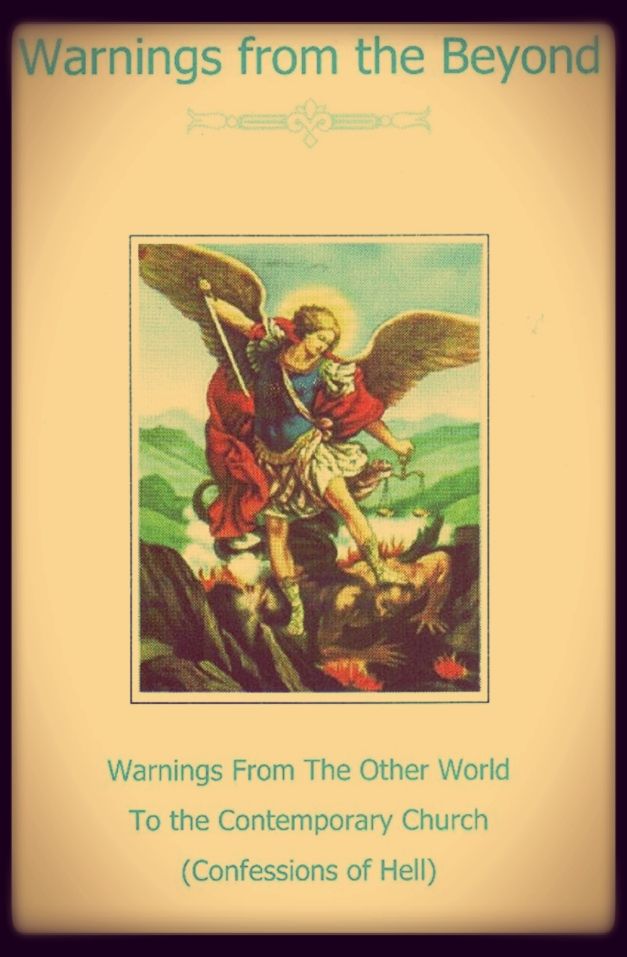 Here is an example of the text in this remarkable book:

Beelzebub (Demon talking through a girl): It is a crazy penance for me that I have to be the one who is obliged to say these things! Exorcist: Go on! Continue to tell the truth, and nothing but the truth! You have no right to lie!

Beelzebub: Leave me alone! The (possessed) woman is almost on the verge of a heart attack.

Exorcist: The Blessed Virgin orders you to speak for the Church, in the name JESUS!

Beelzebub: No, we don't want to speak!

Exorcist: Yes, you must! Go on! Speak!

Beelzebub: No, leave me alone! (he growls).

Beelzebub: Very well. It is impossible to describe the fury of Hell, when we saw our shots miss the mark. As that was not successful, we pondered again how we could harm her, but she was able to put to flight all our evil efforts. She was superior; she was truly a chosen creature of God, chosen in a very special way. 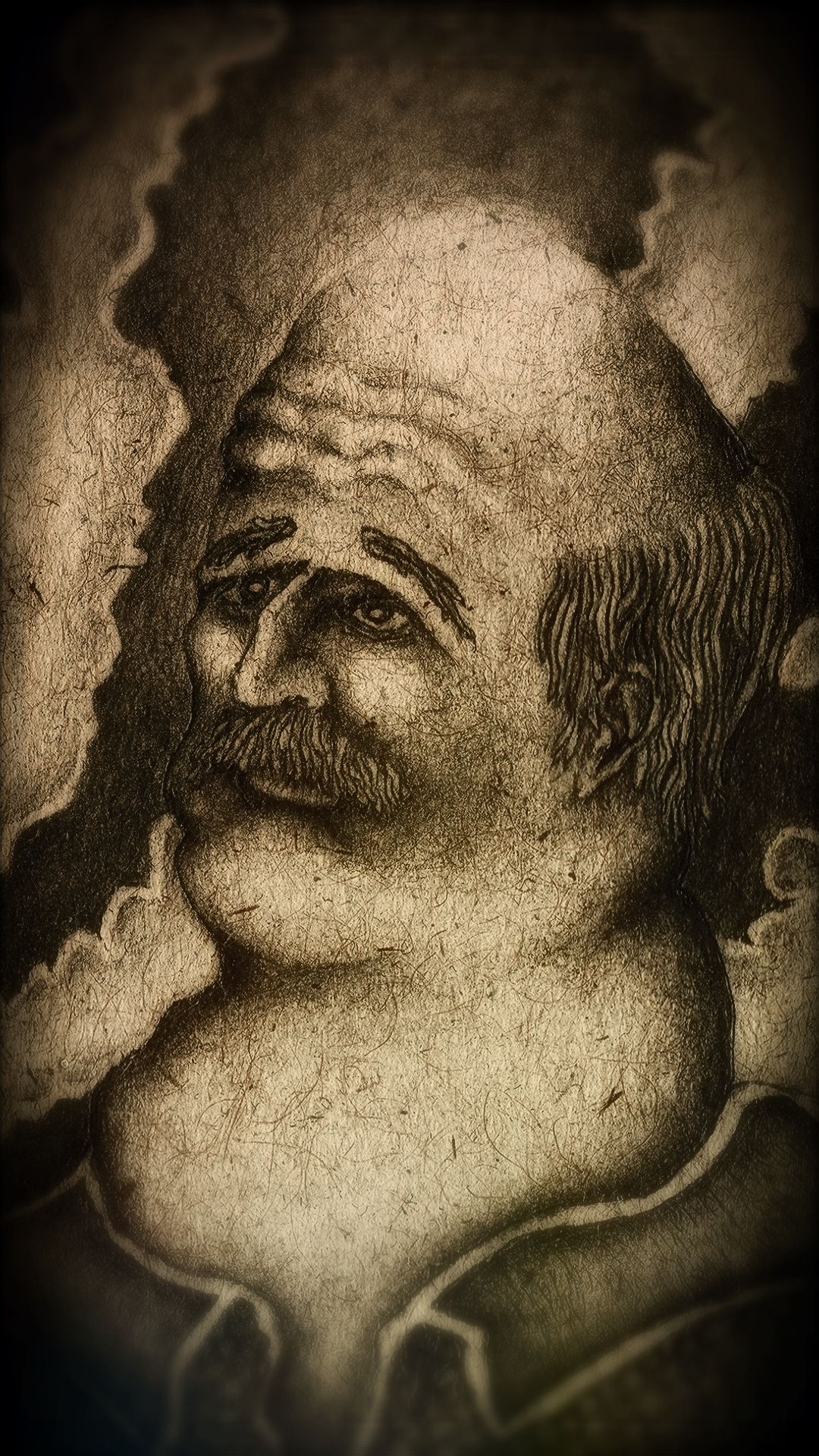 For as long as the earth will continue to exist, right up to the end of the world, you will never find her equal; never, from the beginning of the world to eternity, would there, or could there, be found anyone to equal her. And He up there (he points upward) could imagine nothing more atrocious, nor find anything more shameful, than to make us go up into this sphere in order to present this creature to us. It was a dreadful calamity for us (in a tearful voice). We would have preferred to remain in the depths of Hell, in the midst of the most cruel fire, rather than be forced to look on this...We cannot say what we want to, but I would like to use the most abusive adjectives if I could. She does not allow it. Beelzebub: It was frightful for us to be obliged to look upon this creature, clad in the greatest sanctity, with crown and scepter, chosen by the Most High (terrible cry). I still have the spectacle before my eyes; this sight from the past: it still maddens me (he shouts). It seems to me as if It must have happened today; it seems like today to me, and to the others as well. Even now, we are still stamping with rage about it.

When we eventually had to return to Hell - but it was more like being allowed to, rather than being ordered to - we rose up in fury against one another. You know, we maltreated one another... for we could not bear the sight of one another.

I have to say still more about that same diabolical happening (cries and terrible wailing)...

Exorcist: Continue to tell the truth, in the name of the Most Holy Trinity...!

Beelzebub: On one occasion, during the time she was helping, to organize, the Church founded by her Son, she was immersed in prayer, that the Almighty might well have carried her constantly in His hands, so great was His satisfaction.

Then the Apostle, Barnabas, came, followed by another. They prostrated themselves before her and they pointed out, correctly, that it was now time for the Gospels to be written for the Church. “They invoked the Holy Spirit for a long time, and they prayed constantly for days on end. Such prayer does not happen any more today, or only in very rare circumstances and places. Yes, for several days they prayed, they bombarded Heaven with prayers, to know who should be chosen to write the Gospels. And then the Blessed Virgin appointed that Luke, that John, that Mark and do I know the other one? to write those filthy books. How annoyed we were about, that, but it still happened! Do you know what it felt like for us when those texts of Matthew, Mark, Luke and John came out? (he growls furiously). Just think about it, those four were chosen by the Trinity and by the Blessed Virgin with her rotten majesty! It was not Peter who was charged with it, no not he; he was the rock, he had the overview of everything, and the Church was founded on him; yet the writing of the Gospels was entrusted to those four Apostles. 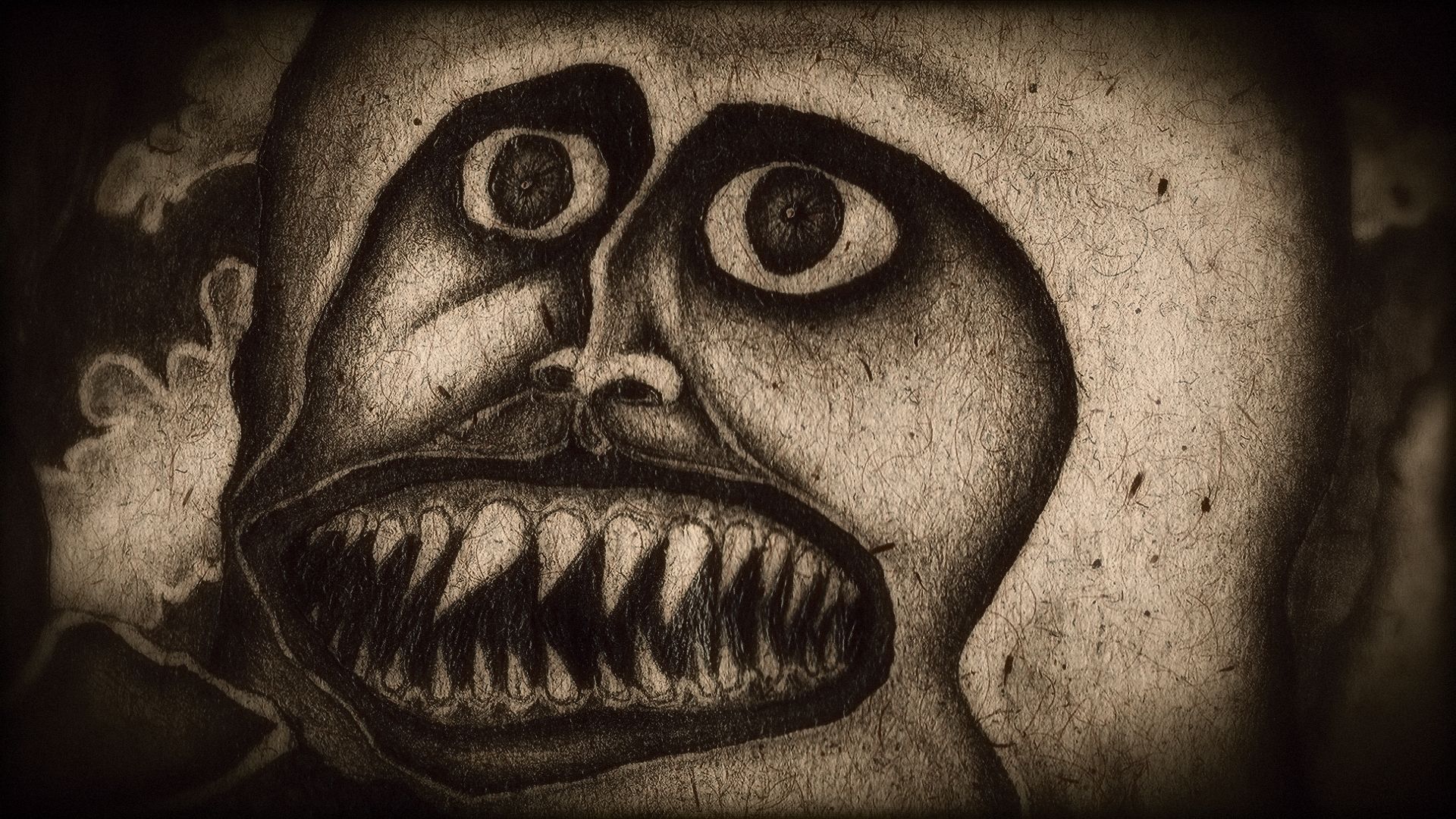 Exorcist: Tell the truth, in the holy name of JESUS!

Beelzebub: Then the Holy Spirit descended in the form of a dove on those (gathered there) and they saw that those four were appointed - all the others saw this. But now, I don't want to say any more.

Beelzebub: When Barnabas and one of the others came to visit the Blessed Virgin, she said to them: “Above all, you will tell the story of the life of Christ. Do you understand? It is He Who must be glorified, He who must be in the forefront; as for me, let me stand aside. Concerning me, you will relate only what is indispensable for the Birth and Incarnation of Christ. The rest you will leave aside.”

Although they knew about and had seen very great and elevated things which gave evidence (of her greatness), they were not able to write about them. It was a great sacrifice for them not to have the privilege of writing about her. She wished to efface herself through humility, in order to leave the forefront to the Son of God, His Jesus Christ, on whom the Church was founded. But She, the Mother of God, is the great Sign of God; indeed she symbolizes the Church. He (Jesus) loves the Church like a spouse.

Then, so they would not be saddened, she told these two apostles (Barnabas and his companion) that later on Christ would speak again about her, through mankind or through I don't yet know whom (he cries terribly). Exorcist: Mary of Agreda has spoken of her.

Beelzebub: (turned towards the priest with an annoyed expression; You have guessed it. Mary of Jesus, in the town of Agreda. We know more about it than men. Yes, we have cursed those books, we fear them! How I was forced to say that! (he grumbles and gives an anxious cry).

Exorcist: Continue to tell the truth, and nothing but the truth! By order of the Blessed Virgin, you must speak now and in the name of JESUS CHRIST! 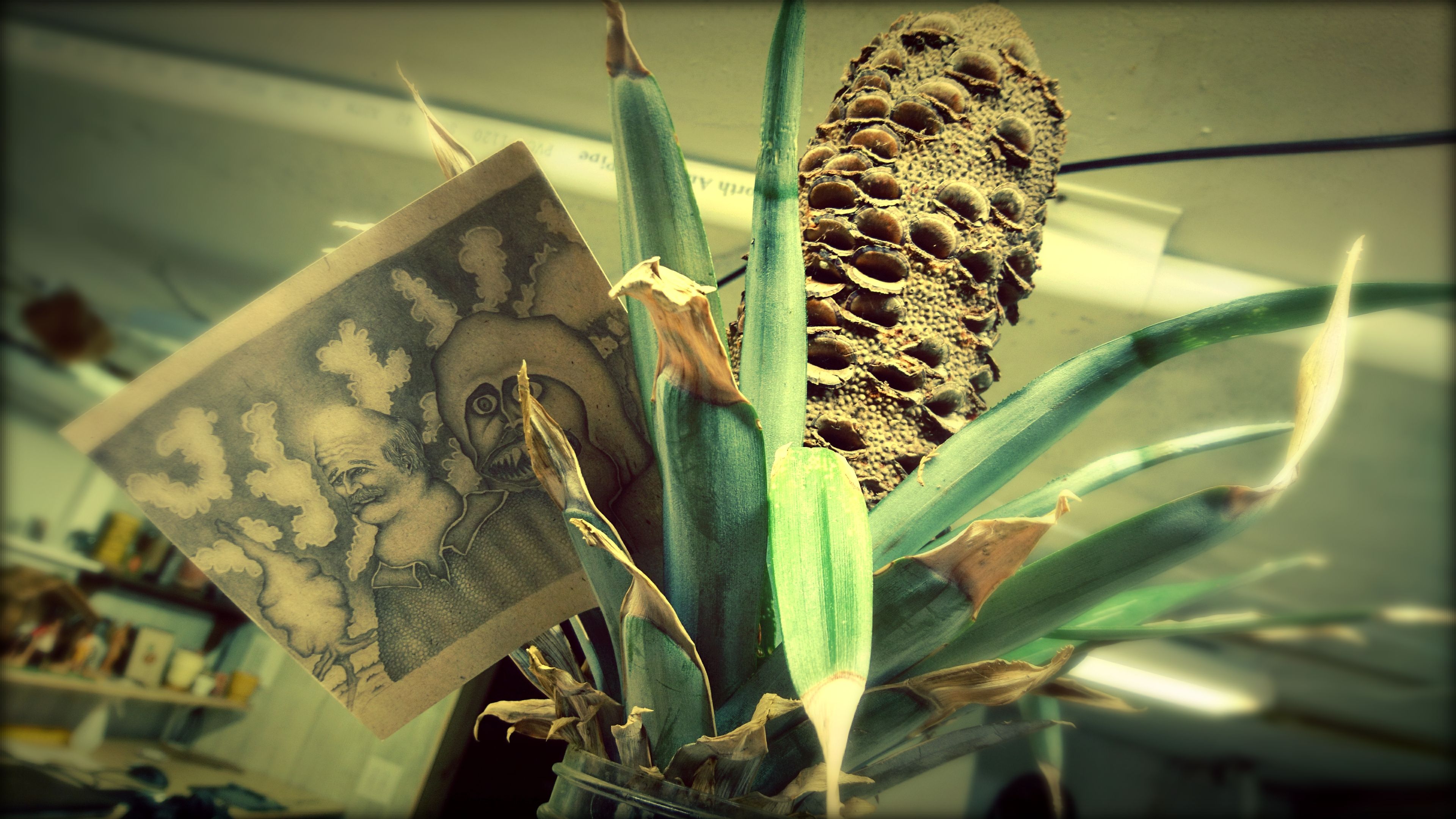 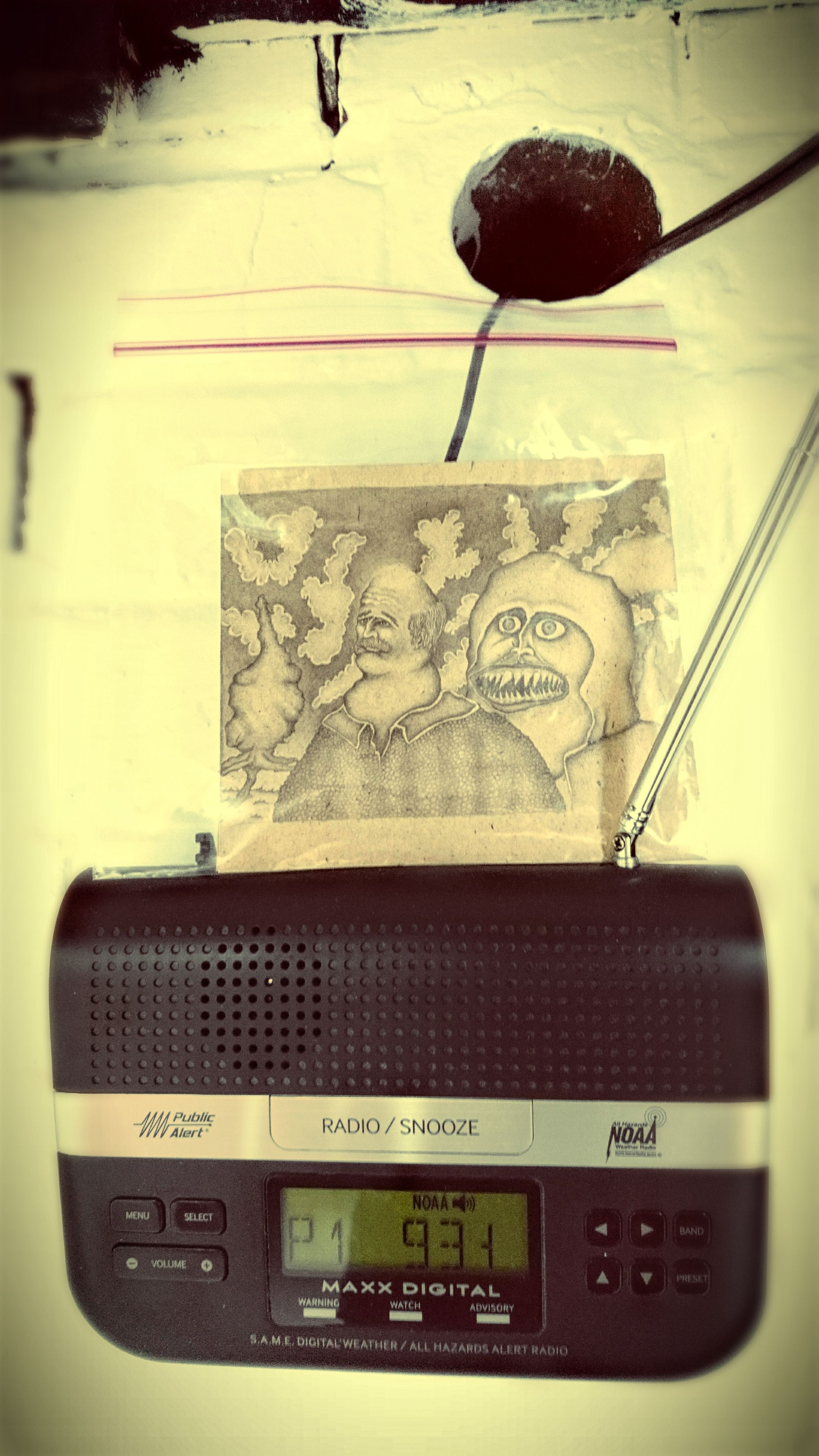 I store a lot of my drawings in ziplock bags until I find a frame for it. The demon is now inside of Richard. 😟

super cool, creepy, intriguing, and interesting. Great presentation and content. Greatly appreciate the thought and format of your posts! Keep up the great work and keep sharing!

You are so welcome!

I invite you to stop by my blog, if you want, buddy.

Greetings and a hug ;)

Yes im following you and your good work. Keep it up.

hello, i like drawings too. kindly see my blog also hehe https://steemit.com/art/@sheiloiys/2-sketch-accompaniment-duyog 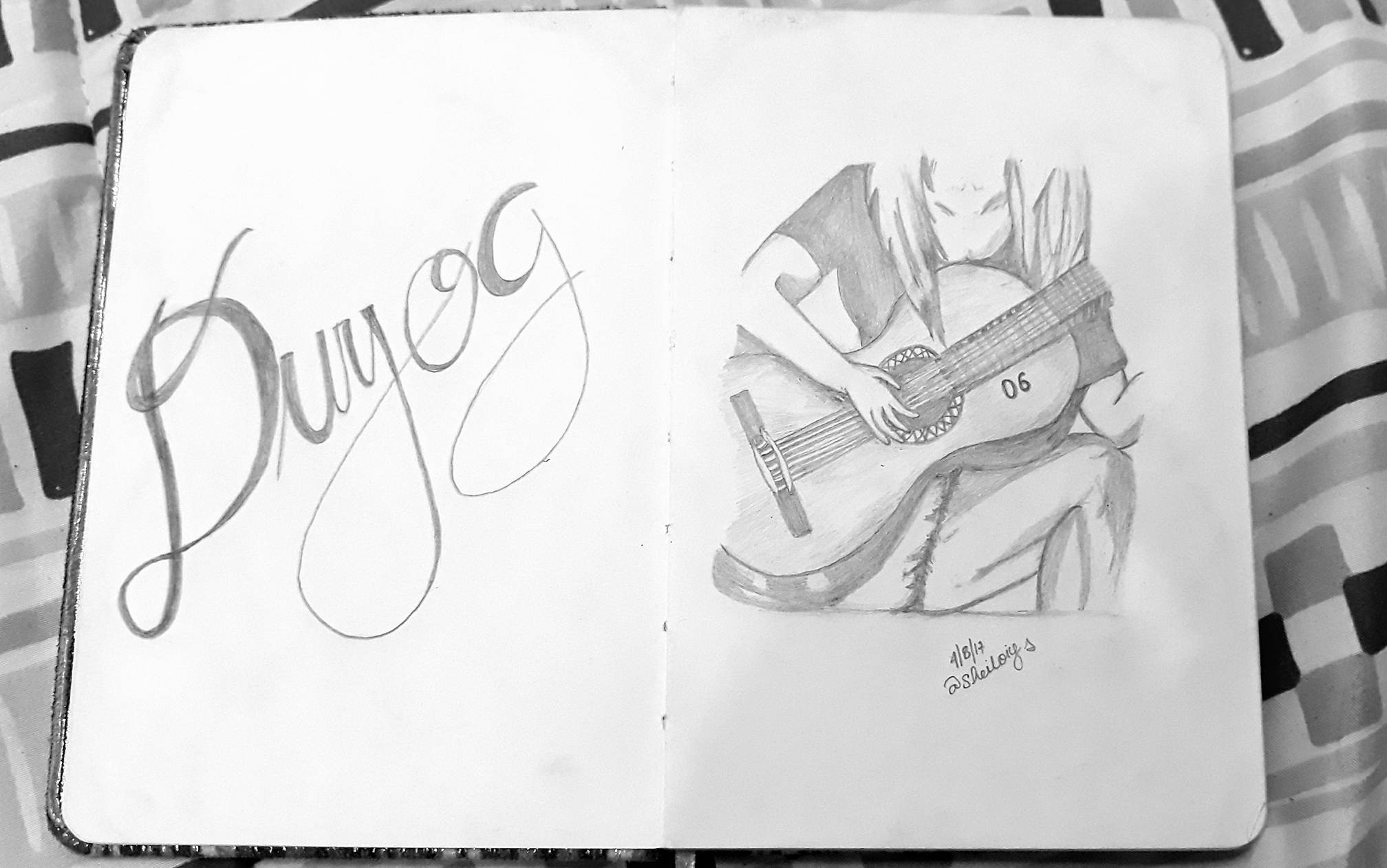 Yes, i started to follow you, and i upvoted some of your posts. 👍

@across-the-moon You nicely created her emotional effect from this drawing. Wonderful creativity and meaningful art work.

This is awesome! Love the content:) I used to read up lots about exorcisms, sure is fascinating. Again, really great drawing!

Sneaky Ninja Attack! You have been defended with a 5.22% vote... I was summoned by @across-the-moon! I have done their bidding and now I will vanish...Whoosh

This post has received gratitude of 4.34% from @appreciator courtesy of @across-the-moon!