Wing Emblems In The Ancient Cemetery Of Aceh

The wing symbol is an expression of aspiration to a higher place, related to cognitive faculty, imagination, thought, freedom and victory.[1] The symbol of wings is interpreted differently in the spiritual understanding of ancient cultures.

In the period culture of the Kingdom of Aceh Darussalam, highly varied winged carvings are found according to periods of carved headstones carved on sandstone. Wing-like carvings commonly found on the Aceh's gravestone of the 16th-18th century AD, so far I have not encountered a similar realist wing carving belongs to animals. 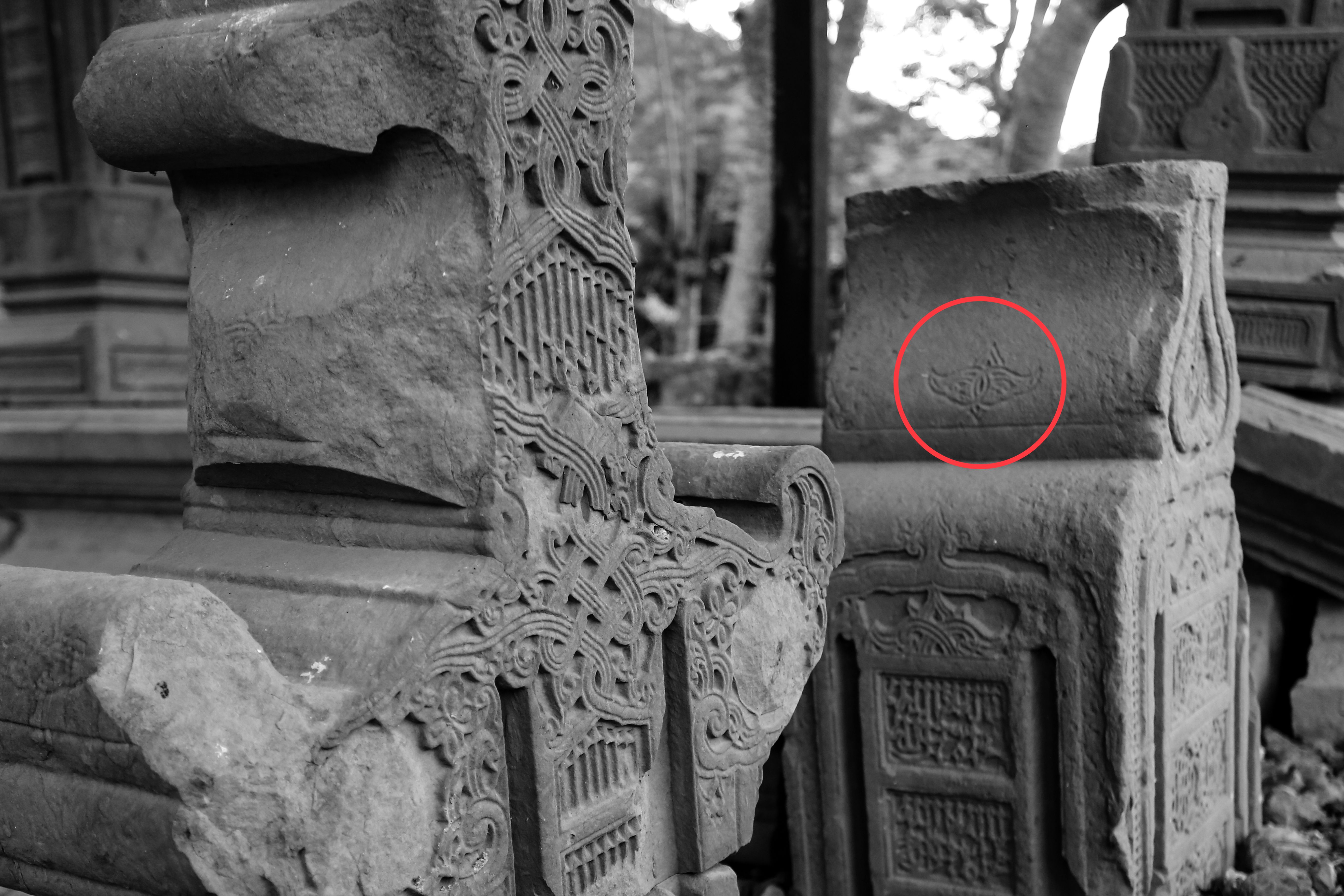 The ancient cemetery of a royal official of Aceh Darussalam, estimated to date from the 17th century. Located in Gurah village, Peukan Bada, Aceh Besar. I took the photo during a visit with @keuudeip and @steemwart.

Actually, I doubt to ascertain whether this form really meant the wing as a work of art or as a symbol of honor? or maybe just a form of ornament that is inspired by nature, but my mind convinces it is a wing carving that has passed through the enrichment process. Carving on gravestone. Photo by @vannour 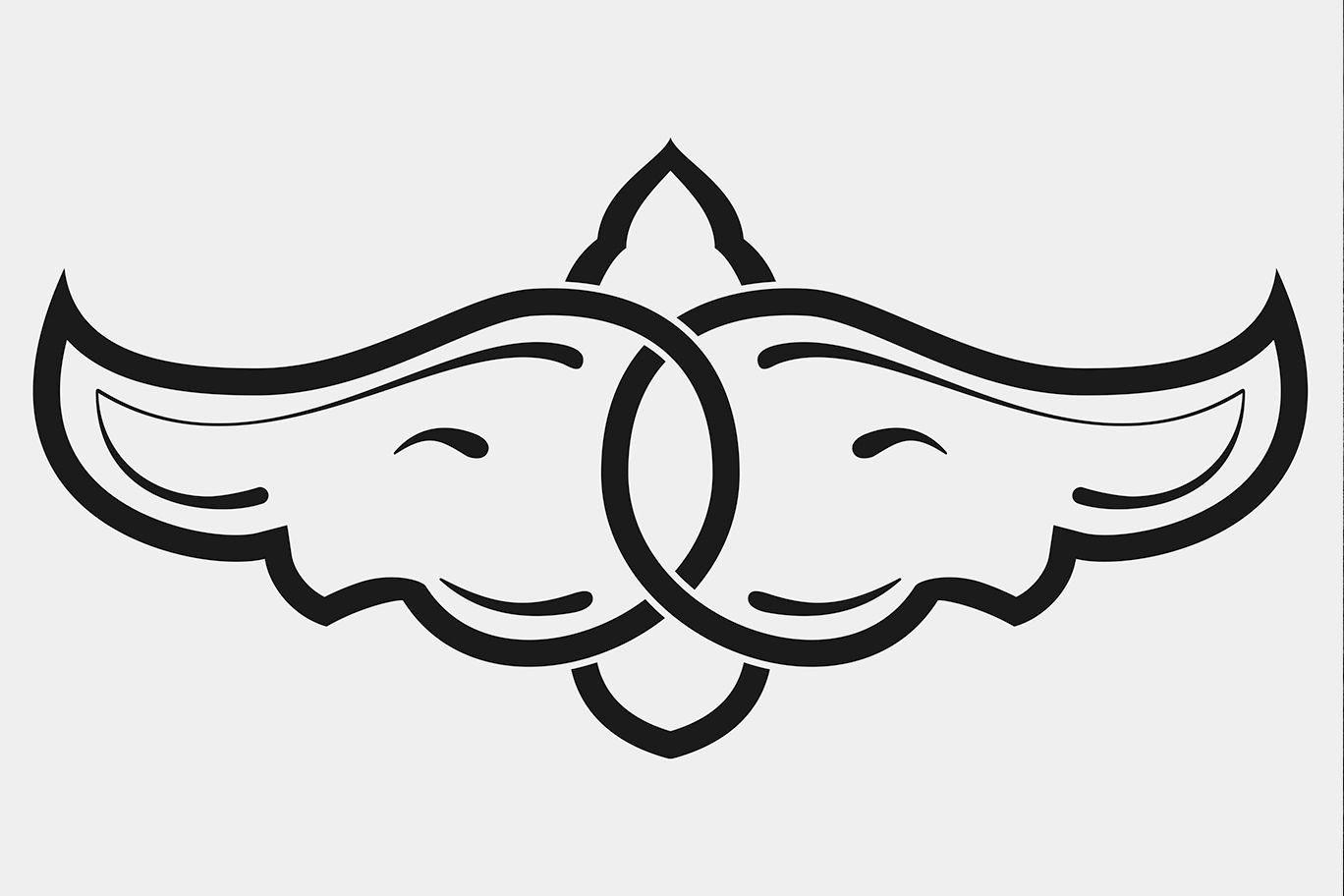 Vector shape after the redraw. by @vannour

In early 2017 the Cotswold Archeology has discovered an archaeological object, a wing of a Roman bronze statue in an excavation activity in Gloucester a town in western England.

Cotswold Archaeology is a limited company and a registered educational charity that advances public education of archaeology and furthers an appreciation of the cultural heritage and historic environment in the United Kingdom and other parts of the world. cotswoldarchaeology.co.uk The wing after cleaning. [Credit] The wing before conservation. [Credit]

The discovery of its 14cm long wing looks like an eagle wing and other eagle imagery from the Roman world. Eagle as a symbol of strength and prowess, is an attribute of Jupiter's god and adopted as a military symbol [2]. Wings shape is also found in ancient Iranian culture, known as Faravahar/paravahr one of the most famous symbols of Zoroastrianism influenced by the symbol of sun winged.

Faravahar is believed to symbolize the sun god, the divine power, which is part of the human soul and acts as a protector. The exact meaning of Faravahar is still debated by the experts. [3]

In this article, I have only linked the wing symbols in two ancient cultures that once appeared to the western and eastern worlds of Romans and ancient Iranians without putting aside the symbol of wings in other nations' cultures in the world. 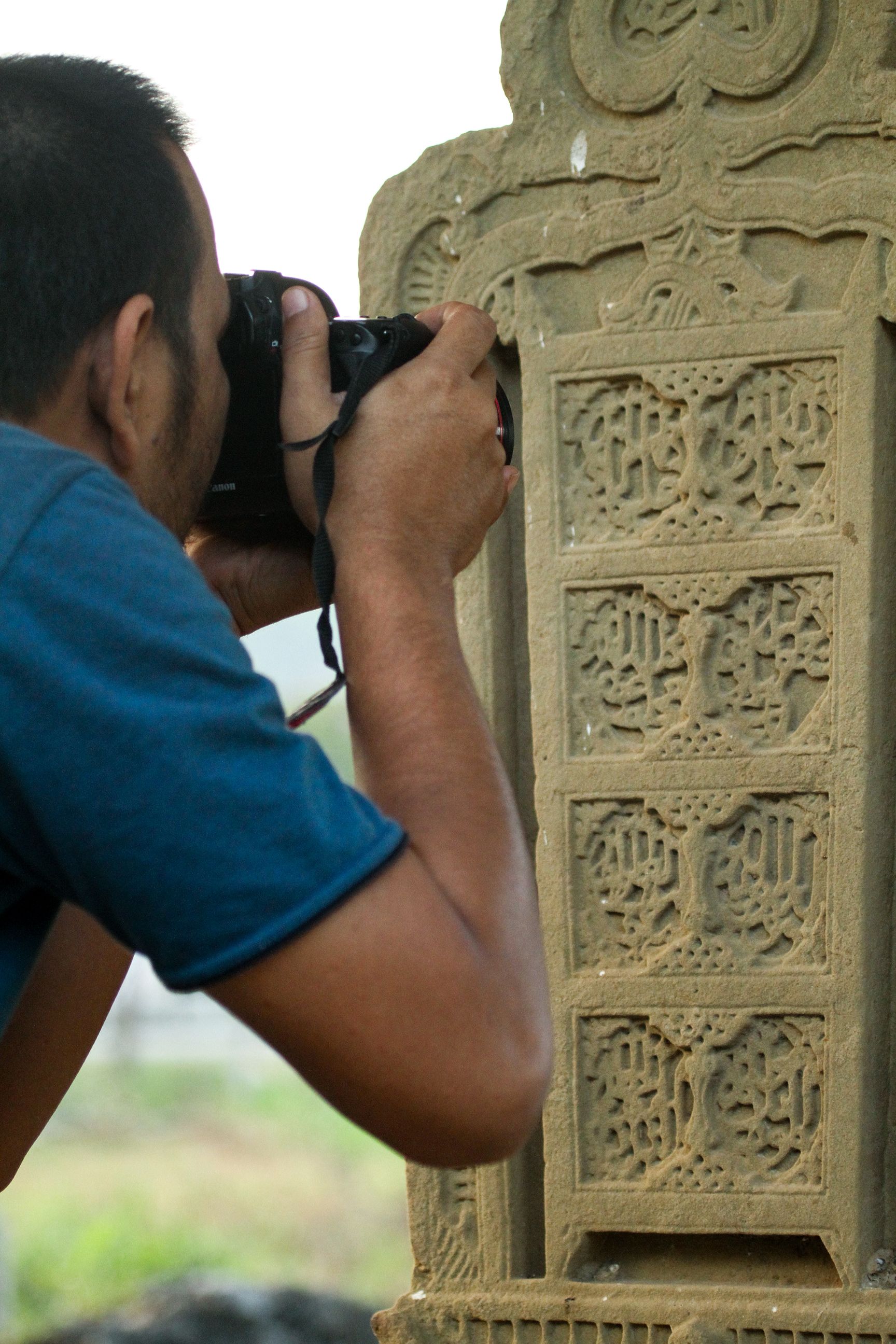 Thanks to @steemwart has shot a photo while I was in action at the location 😃, and thanks to @keuudeip has guided some explanations regarding this archaeological site.

Regarding the wing symbol carvings that are often found on the gravestone's wings of the Aceh Darussalam period need to get attention for a deeper scientific study, there is no reference about the wing symbol in the ancient culture of Aceh, but I would like to propose two possibilities: 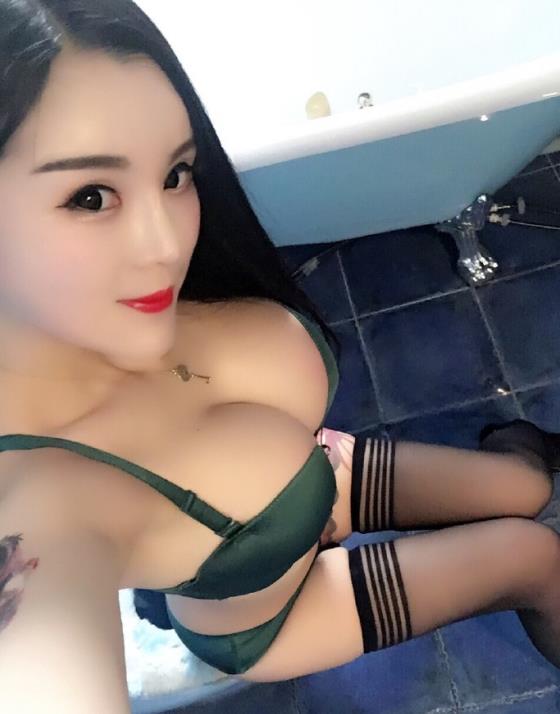 Additionally i want to give an exampla. For instance, crescend is the main symbol in islamic countries. Crescend also refers moon. Our ancestral humanity found The replies of some their questions bu worshipping natural powers like moon, sun, etc. Sun was always watching humanity, moon was always coming at night..... so there is too many symbols and i think that they all are related with some religious gods or powers

The research on symbols in the culture of the Aceh Darussalam period has not received serious attention, only Annabel Teh Gallop has investigated it but it is only limited to seal.
The kingdom of Aceh Darussalam was entitled to hoist the crescent of Ottoman Turk's flag, they were like siblings. However, the confusion, from which the influence of the symbols that we encounter in the archaeological objects of Aceh Darussalam period.
Thanks for comment

Finally writing about this wing symbol is gliding too. I've been waiting a long time. @vannour released this post.

Something that has not been noticed by local researchers

You got a 3.74% upvote from @buildawhale courtesy of @vannour!
If you believe this post is spam or abuse, please report it to our Discord #abuse channel.

Of the best for Artefak

Thank you for taking part in this months #culturevulture challenge. Good Luck.

Of course, this is very interesting to explore. I think this symbol is related to the activity at that time, thank you for this very important information. @vannour

copyright by artists at that time beyond today's artists

We may see symbols like this. Ancient civilization were much more depending on religioun and power. So humanity found the way of describing their important virtues via using symbols

You got a 2.49% upvote from @postpromoter courtesy of @vannour!

This post has received a 2.38 % upvote from @booster thanks to: @vannour.

Sumatra City who's the capital of Samudra Pasai was once an Arabian, writing and speaking in Arabic, it also applies to the early centuries of the Aceh Darussalam Kingdom. Certainly not a rare occurrence of Arabic absorption into the Acehnese.

I hope we can keep our history very well, amin

It's AMAZING discovery. I got a goosebump seeing and reading this article. As Acehense, I felt kinda ignorant toward my own history. Thanks for sharing.