Getting fed up with these posts. To you is ADSCACTLY a word and a verb at the same time?
Did you coined these words yourself within your "realm"?
Do you really expect normal outsiders people to understand what that mean?
It never made any sense to me.

hm... we've just written that in our previous reply. Let me repeat:

Then why not make your title :

How does that sound?

Too long :))) Don't you think?
Can you, please, remove the downvote, now? We are decent people and don't deserve this... There are many serious issues on this platform where your downvotes might find a waaay better usage!
:D

I'll take the 5 day left to reconsider it.

Being "decent" doesn't cut it yet for me.

Thank you for your consideration! We appreciate it. Maybe the word was chosen poorly. We are no abusers of the platform, would be more appropriate. We post only 2 times per day and pay contributors from our post incomes. We helped many people find their crypto vision. We also upvote random people when we come across good posts and currate our content. We are open to everyone. Please, read the ADSactly Series to find out more about us. We are fully transparent and hold no grudges.
Good day to you! :)

Hello, @grumpycat :)
Any chance you've reconsidered and changed your mind? We'd be most thankful! 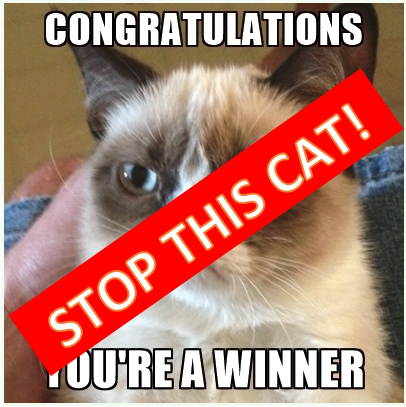 If you were kind enough to read the top of our blog, you would clearly find a statement explaining the abbreviation of the name "ADSactly". We are a society of 3000+ people, not a single person. We've helped many people and are continuing to build STEEM community.

A.D.S.A.C.T.L.Y = Autonomous Decentralized Society Acting Cooperatively to Leverage You! - We Have exactly what you're looking for when you need it MOST!

This flag was absolutely undeserved. Please, remove it, now that we've explained the name.

I "somewhat" get what it mean, it just doesn't make sense to use it as a verb and a noun at the same time.

3000 peoples looking for small profit for helping to cover your self voting ring?

@adsactly He is only looking to destroy our community, using his bad faith against us.

Don't surrender. Although I have little time in Steemit, I fear that the work that has cost me so much, falls overboard only because someone with problems of self-esteem and a lot of money wants it. I have found out and lately he has sabotaged many innocent and quality posts, just for fun.

We must support ourselves. I still don't have the power to do much, but I will defend the work you do without reservations.

Together we are stronger than a cat with scabies.

Wow, that's how you react to your first tiny flag in months?

This is what happens when you let kids play with money. I am really surprised that he's come and targeted you now. He's costing a lot of innocent posted a lot of money while he upvotes himself thousands of dollars a day. While I try not to hold grudges, someone needs to neuter this cat. There aren't many bigger than him, but there are a few. He's hurting the platform under a false pretense that he's trying to protect it. His approach is very unethical.

Instead of flagging what I think it crap, maybe I should sell my vote via a bidbot for ~90% of it's self-vote potential to spammers who'll profit without having invested any money into Steem.

Yeah dude, I get it. Bidbots are a problem, I see it, you see it. I've used bidbots for one post and it was to promote the post as I was welcoming someone to steemit. I'm not opposed to why you're doing this, but seriously. You're paying yourself over $1000 USD per post. You know damn well that what you're doing is abusive. I assume that "because you have to do the work, you feel you should get paid for it" Great. So you just dumped all this money into this brand new account.

Wanna know how I'd of handled it?

I would have pumped my own account, and showed my face. I wouldn't have hidden behind a stolen cat picture.

I'd be streaming dlive right now exposing all the idiots. What are they gonna do? Come to my house and whoop me? Bring it.

You are hiding behind your account because you're scared.

You're not helping the rewards pool if you upvote yourself like this. I know that you know it.

So it is clear to me that you don't care about the platform. You don't care if you destroy it and bring it down with your self righteous approach.

I hope that I'm mostly wrong though. I really do. I hope you absolutely know what you're doing.

You're paying yourself over $1000 USD per post. You know damn well that what you're doing is abusive.

Treat it as dividends from his massive investment, which is entirely fair.

I'd be streaming dlive right now exposing all the idiots. What are they gonna do? Come to my house and whoop me? Bring it.

Or they find your address and call the police claiming you just shot a person and have hostages... oh wait. This happened. Over something significantly less significant than money.

You're not helping the rewards pool if you upvote yourself like this.

But he's entirely within his right to do so. The hell are you on about with your socialist propaganda?

Do you really feel like you're owed something for posting here?

So it is clear to me that you don't care about the platform. You don't care if you destroy it and bring it down with your self righteous approach.

And your self-righteous indignation doesn't in the slightest make sense. STEEM is an investment-based laissez-faire heaven. Capital is everything. And that's really all there is to it.

Fair enough about the dividends. I'm not exactly sure that I'm terribly worried about swatting, but I guess I see your point there.

This platform brings a lot of self governance to the table. So it does have a socialist feel to it since the community does distribute the wealth.

At no point in time did I indicate that anyone owes me anything, so I am not sure why you think this. Am I not allowed to post here? Is it at all an indication that by me posting here I am asking for something in return, or stating I am owed something?

No, I have not stated any of this. Sorry if you feel this way.

I can't exactly understand how you see attacking innocent content creators as heavenly. The attack is also a form of taking action as opposed to not interfering. Afterall, is he not interfering with his flags?

You are right though, it is evident that capital is everything.

While I think you got your main point across, I am still a little confused as to why you think I feel I'm owed anything.

I stated my thoughts, which is well within my rights. Whether you appreciate my contributions or not, I am still learning how this whole Utopia works. I also did state in the end that I hope I am mostly wrong about what I said. I just fail to see what good this does for the platform. His bidbot rule, great incentive. Flagging innocent people, well, that kind of illiminates any laissez-faire heaven as you state because he's interfering.

It's a bit of a double standard.

I still appreciate your response. I guess it is pretty obvious that 1000 dollar self-upvotes are totally fair around here so I look forward to the future of steemit.

I can't exactly understand how you see attacking innocent content creators as heavenly.

Well, for one, it's not an attack, in the same way that downvoting for reddit isn't an attack.

It's little more than stating "this doesn't belong here".

Given that steemit has self-governance, it only makes sense that those with more invested will have more of a say.

And much to the contrary. There are no innocents here. Just opinions. Steem is based on the subjective evaluation of content.

If we like it, we upvote. If we don't, we downvote. Little more to it than that.

To call this a non-free market would be folly - businesses get bought out, merged, or straight destroyed all the time, and somehow nobody blinks an eye.

Some poor artist gets downvoted and loses nothing (do note that losing potential payouts is not an actual loss, and doesn't stand in court), and everyone loses their minds.

I guess it is pretty obvious that 1000 dollar self-upvotes are totally fair around here so I look forward to the future of steemit.

I've no problem with that. I wonder why people do. For one, if this guy can do it, so can I. This means it's worthwhile sticking with the platform.

Secondly, 90% of content on SteemIt (as of Jan 31 2018 for time travelers) is pretty damn bad. Not all of it is to the point where I'd downvote, but some of it? Absolutely.

This particular downvote came because he's claiming that a bs upvote ring is happening here, while he upvotes himself. I'll ignore the self upvote for now and focus on the upvote ring. Okay, he disagrees. Flag is justified. (according to you)

There are innocents here. You are wrong. Just because opinions are opinions, it doesn't make them guilty opinions. The people that have been attacked by this cat have been "collateral damage" which was stated by him! It's not that he disagreed, it's not that he felt "this doesn't belong here".

While the comparison to reddit is okay, this isn't reddit. Money is actually involved here. Also, Reddit is a cesspool of toxicity. Seems that this is what we want steemit to be.

Some poor artist sends his money to an upvote bot that he is unaware is a target of this cat. The cat proceeds to downvote this poor (or rich) artist. (Do note that losing an upvote that you paid for is an actual loss).

Now, I'm not going to get started with bidbots, because I don't particularly agree with them. (Now before you go check my wallet, yes, I paid for bidbots for 1 post, and it was merely for promotion purposes as I was welcoming a popular youtuber to the platform)

I am not even sure you are completely up to speed with what's going on here? He is indeed attacking posts and flagging users in the name of abuse, but not because the people he is flagging are abusing, but in an attempt to strangle the bidbots that are enabling the abuse. Instead of flagging what you say is "absolutely flaggable", he's flagging random users.

I haven't actually seen him flag real abuse. So I think we'll have to just agree to disagree.

Again, for this particular post, I kind of laughed at his reasoning for the flag. He's a bully, and since you seem to be from reddit, I assume you think bullying is okay.

If this offends you I apologize. I wish you nothing but success. Peace.