The YouTube shooter was most likely controlled, they brought everything in including the kitchen sink, Iranian, You-tuber, demonetized, upset, cancelled channel, this is a setup for the next big event and a channel take-down when it hits. 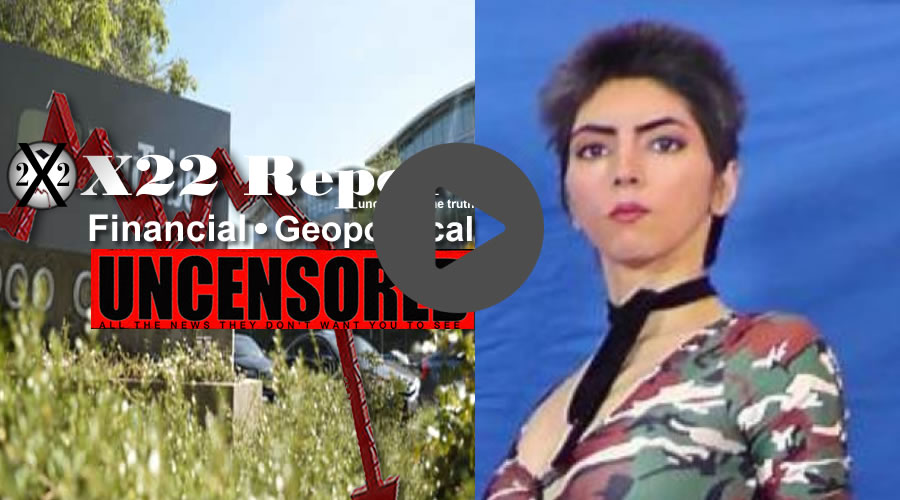 Check out Lift The Veil and his latest info on the permit. He has had further contact with the officer and he’s back tracking on what the permit is for etc.

I agree, big event sometime in the next few weeks or next month. @ironshield

Yeşil Nasim or Nasim Aghdam? Not even that is clear.

There is something strange with the first witness reports that suggest that Nasim was shot eight times by a man in full body armor with "no mercy" that was just walking around. Did she get a handler after demonstrating her rage and her brother and father talking to the police? I've seen no witnesses from the actual shooting except these:

Audio from the police dispatch played on KTVU said a female suspect is down and her gun recovered, but police are still looking for a male suspect - though earlier reports said there was only one shooter.

Another witness said the shooting began at some kind of party inside the building. The shooting allegedly began inside YouTube HQ. The witness said he heard or saw three people shot, including one woman whom he said died after being shot multiple times with "no mercy."

Salahoden Abdul-Kafi, a #YouTube product manager said the shooter "had a shooting mask on, full body armor and was calmly walking and firing a handgun."

Maybe Nasim did dress up in full body armor. Maybe she did shoot a woman with no mercy, but that victim actually survived despite the witness stating the opposite. And then Nasim killed herself. I just want to see some proof and hear from some of the people who where there.

"What a tangled web they weave, as they set out to deceive..."

The cost, expense, effort and burden it takes just to maintain a matrix of lies! Surely they are in hell already and they have the stench of hell all over them as they continually must seek our consent.

Quit, desist, cease, submit, give it up, let it go -- the demonic ego's world of "I-ness" and "mine-ness" are the false lights. Truth lies just below in the Universal "I am."

CENSORSHIP is COMMUNISM ❗️Glad to see you on BitChute . Not to make small of a violent situation , but aren’t they basically conducting false flags on themselves❓🤨 I do not support any unnecessary violence but in this case I’m feeling reluctant to take a stand .

Second shooter seen in full body armor plus a dead Iranian patsy?! Deep state false flag "setting the stage" for a much bigger event to possibly be blamed on Iran. Timeline for this next event, I'd guess this (April) month.

Not sure it's Deep State or just a really nutty broad who got pissed off because her income was taken away. Have you seen her videos?

Not that it matters much, but she is actually a he/she. I believe it was the father confirmed it.
I'm sure most here have already determined that.

Al this stuff is really mess up.

I think it is possible that she was born male. She has that "androgynous" look. Hopefully the investigators will look up her birth certificate to check. If she had gender reassignment it would have given the psychiatrists the opportunity to work on her. Islamic, Iranian and gender reassigned would be very rare and a very useful asset to add to your arsenal. Hopefully the investigators are thorough. This is a very unusual story. The video clips of her Morphonious showed on dtube were also very strange.