pattymayonnaise (28)in #writing • 4 years ago

My second show was in Vegas, it was small bar, I felt such a need to give it a try. I heard there were two open mics that night and I chose the smaller of the two. I came too early, and I chained smoked cigarettes and drank an IPA with a friend on an empty stomach until I finally got the courage to try the other sense no one was there. It was too late to sign up but I had already bought a beer and wanted to play it cool so I drove drunk back to the first bar.

I was in weird frame of mind, wallowing in a world that wasn’t my own. I was living in a fantasy future, where I had the money to leave Las Vegas and fly to anywhere in the world. But living in the future made me loose the present, I already struggled with a dark blanket of depression wrapping tightly around me when I didn’t spend all of my energy trying to get it off. I have learned that when I am not in the present I am not in myself.

Five days a week I would wake up at 3pm, struggle to look like Barbie and paint a smile on, then rush off to a job I would make it to a little after four but was scheduled at 3:30. I would diminish all self worth I had left at that job; everyone there hated my position, my managers didn’t respect me, and the guest at the restaurant only spoke to me because I only wore a bra under my blazer. It wasn’t all bad, I did have allot of fun when I gave it a chance, but the self deprivation didn’t bode well with sacrificing my self of steam. I would often walk to the back hallway to smoke cigarettes and cry; to anyone who read the job description this may seem excessive, but six months of constantly being sexual harassed and torn down by people who repeatedly tried to tell me I should quit will do that someone, or maybe just me. I realized that I needed to leave when someone asked me if I wanted to leave the bar and I said “no, I need to be hungover for work.”

Las Vegas was a magical place that I did enjoy living in, I just fell into a space I couldn’t get out of mentally, and I knew I physically had to leave to fight it. The city treated me well, everyone really takes care of each other there. I went back to Baltimore for a holiday and felt so alone, like I had no real home; but then I came back to sin city and realized I will always have a tight knit family there, even if it is all different people.

I have had allot of tragedies in my life, but when I was there they felt worlds away. It was a paradox, even though I was so far from my troubles somehow I was more in the face of them. Before it felt like when I told my story, it was someone else, but there it was like I could literally be anyone I want and I chose to be myself; that made it real.

So they called my name and I went on stage at a dive bar, mostly a crowd of black people to see one guy and a I got a few laughs, but I couldn’t hear it over the sound of my own heart beat. I did the same set I had planned in Baltimore, of course looking back it needed allot of work. But I had to start somewhere, and I had to shake the need of giving it a try. 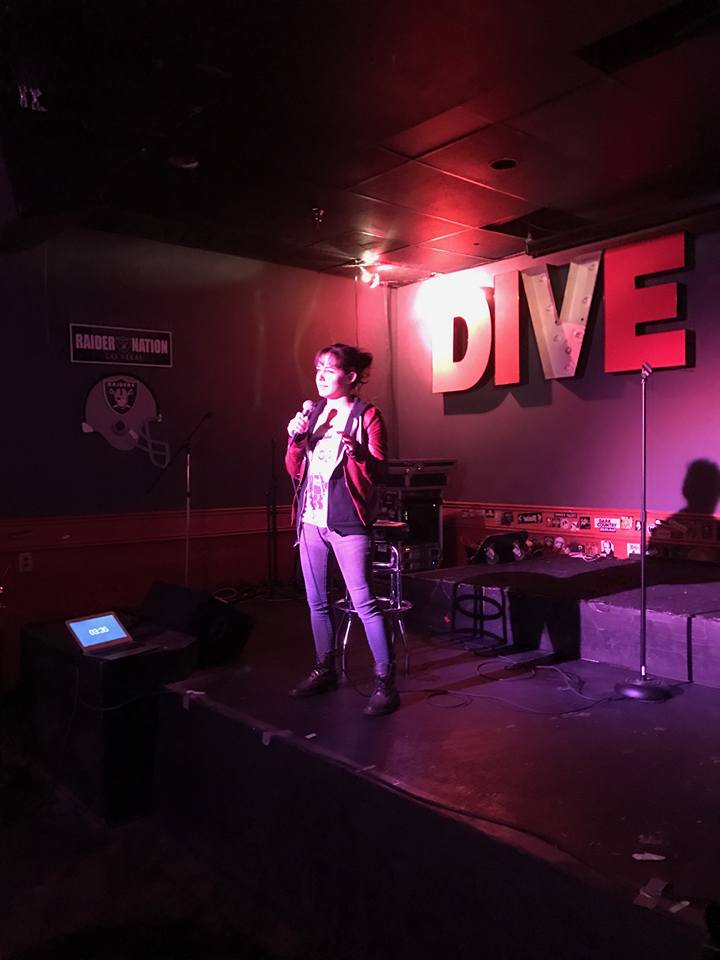