Deciding to File a Protection Order - Crazy Has a Name

organicrecreate (60)in #writing • 2 years ago 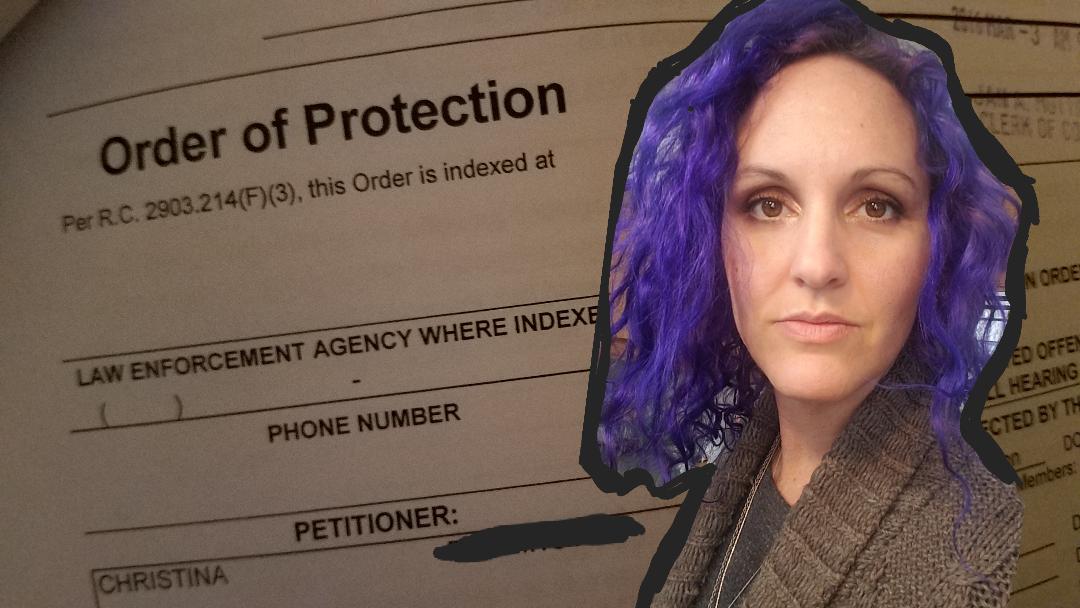 He was just another customer at the storage facility I manage.

He set off my internal warning system, but didn’t seem dangerous or anything. Let’s be honest, about 60% of the people that walk through my door are a little “odd”. That’s what you get in this neighborhood.
Boy, was I wrong.

It began innocently. He was looking for temp work at the Labor Ready adjacent my facility. He saw me outside playing with the dog, I’m sure. When he showed up in my office to inquire about a storage unit it didn’t seem strange. He made small talk - most do. I treated him as I do all my customers. My husband says I know no strangers and that I am naive.
I used to disagree with him on that point.

He got a unit and showed up occasionally to pay or visit his items. After a while when I saw him coming I would find something to busy myself so that I could avoid the 30 minute conversation I was sure was coming.
“Sorry, I have a lot to do today.”
He would linger.
How do I get rid of him without being a bitch? I was unsure.

Then the compliments began. They weren’t anything vulgar.
“You are so pretty!”
Things like that. Things that make a woman feel good, but not too invasive. How to respond? I wasn’t interested in the least. I just wanted him to leave. It was uncomfortable! I chose usually to just ignore his statements and ask him a question about his unit or tell him I was really busy.

Then they became a bit more intense. The day he began his statement with “You will probably kick me out of the office when I say this,” was the day I said to him, “If you need to begin a statement with that then I think it is wise you don’t say it at all. If you don’t have any business you need to leave.”

My husband always reminds me to wear my firearm to work, but now his protective senses were heightened. He would call to check up on me and knew that if I sent him a “Call me ASAP” message that “he” was here. Anxiety over his coming through the front door of the office became a part of my everyday.

Then there were the emails. They were just creepy enough - Now, he knew my daughter’s name (she was 6 at the time) because she comes to work with me when she isn’t in school. A great perk of my job! Most people talk with her every month when they come in to pay. Not too strange.
Until it was.

As you can see from the pic, I wrote him back and informed him we were not hiring.
Then there was this: 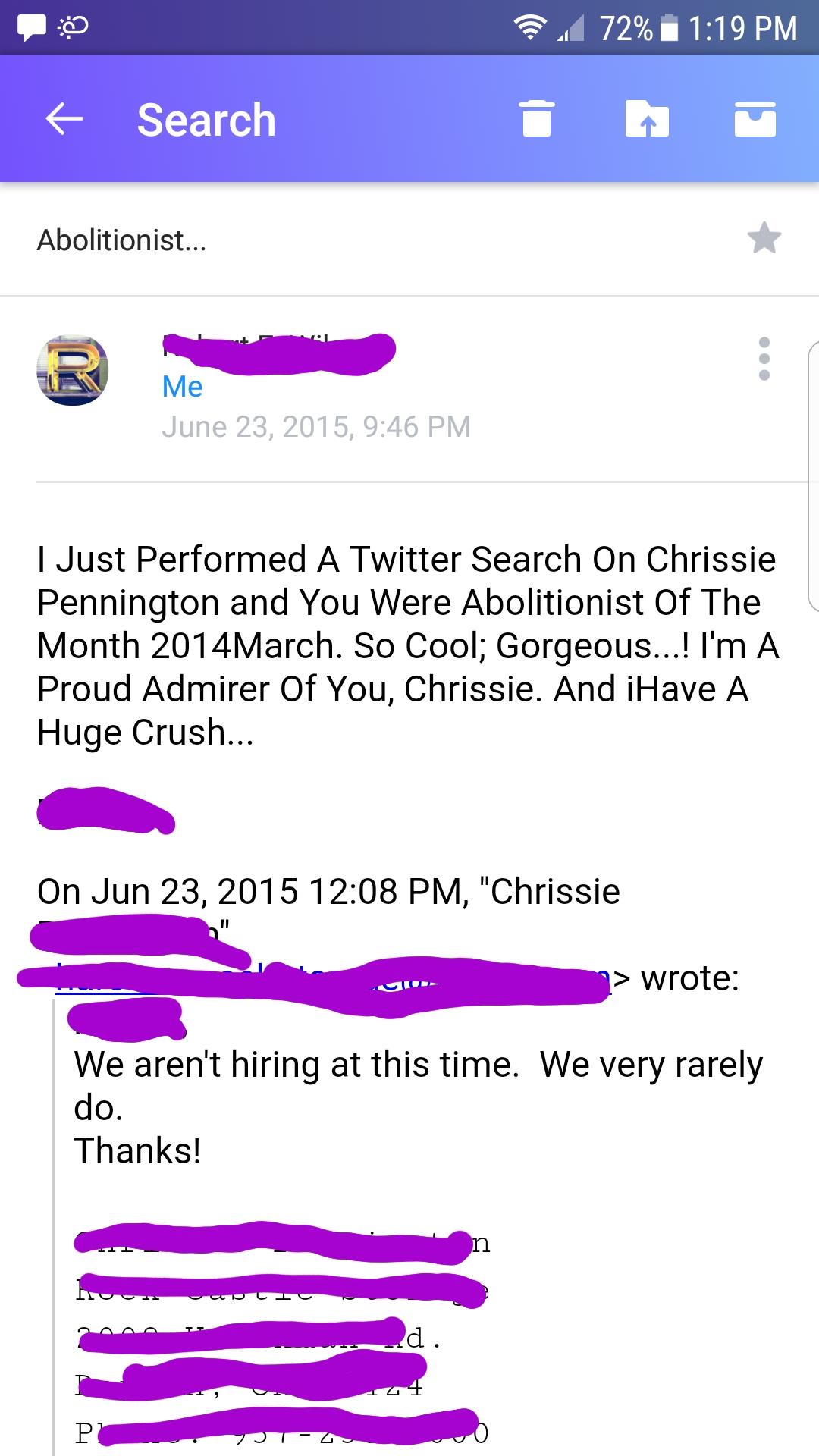 Ew. That was when my husband wrote him back. Seriously, man. We have officially crossed the line.

This story is not even close to over - it’s still in full swing now - Jan of 2018. This is just the build up to the crazy. I am deciding to write about it only now because I have finally been able to separate myself from the emotions of the situation enough to write. Something like this is inherently scary and it took some time before I was able to do this.
This is the turning point when it went from “So, there is this guy who won’t stop talking to me.” to “Um, I think there might be something wrong here. What do I do?”

It’s more than I can hash through in one sitting. Part Two forthcoming.

I'm glad you documented this story, good to have it in writing.

Thanks! As I am going through everything and rehashing it I am learning more about the whole situation and myself. It is a good process.

You tell this story so movingly, I hate that you have to go through this. I can't wait for part two.

Also, did you Photoshop that magical picture yourself? :) So love it.

Haha! What can I say? I'm a whiz with the photoshop! Actually, I did it with meaning....I felt emotionally crudely cut from my life to deal with this and the picture was a pretty good representation of how it feels.
Thanks for noticing! :)

This is seriously scary for you and your daughter. Keep the police involved and DO NOT LET YOUR GUARD DOWN even if he's stayed away for awhile. The element of surprise can enable him. Take care.

Thanks for the support. It's funny how your habits change when you have dealt with this. I am more aware than ever. He is using the court system to try to get to me now but I have learned through this to not let someone else's actions control mine. A good life lesson - learned the hard way, I guess. Good to hear from you again!

Great write up , smart idea backing it with the photoshop picture, blends so well and we all look forward to part two. An upvote wouldn’t be bad only if you’re willing. More grease to your elbow

Thanks for the input! I will be posting part two this weekend- just need to get the videos of his phone calls ready.