How to write better and faster 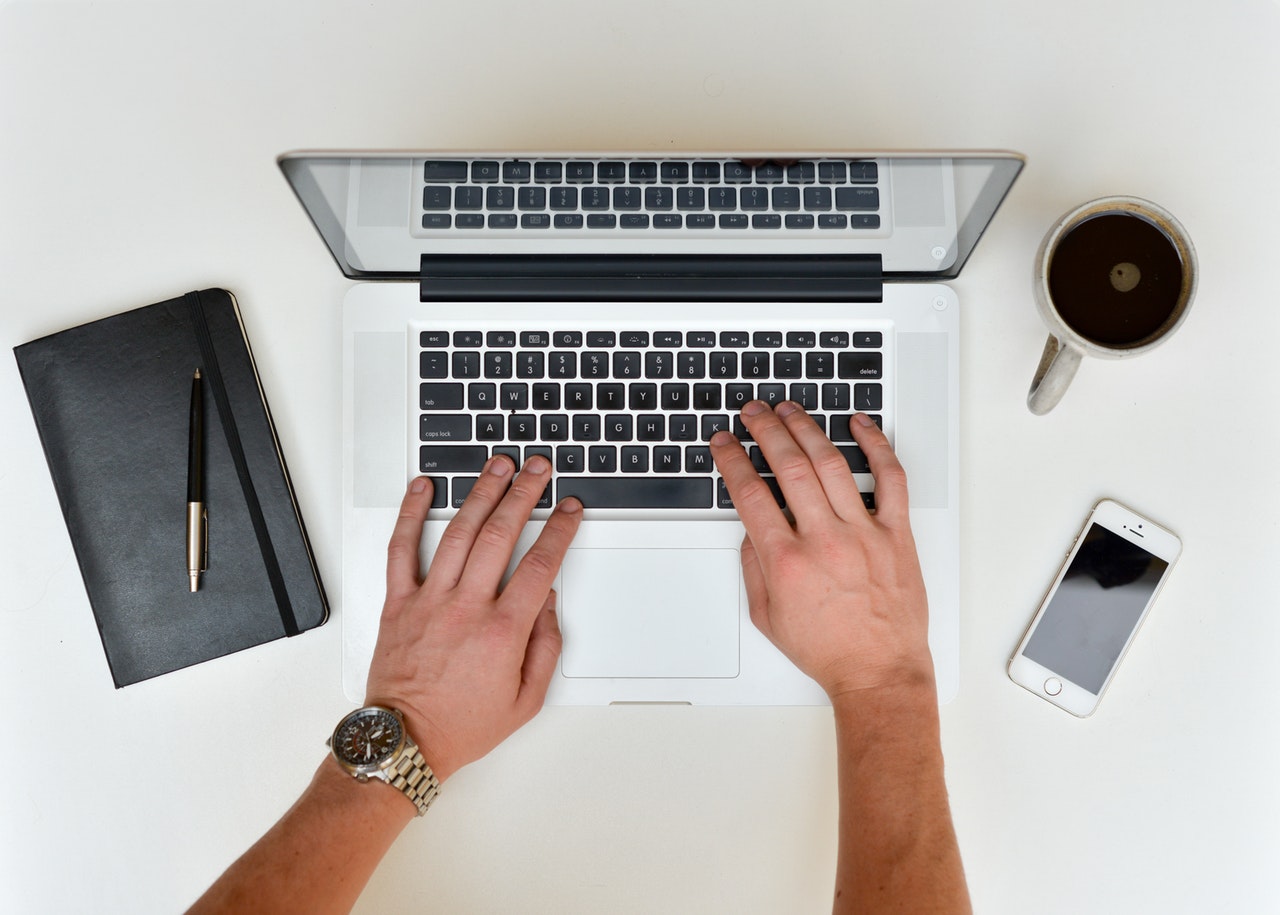 I’ve been reading a lot of posts on how minnows can get ahead in the Steemit game.

Mostly things like posting frequency, getting followers and commenting on other peoples’ posts.

But I have yet to see a guide on how to write a great blog post on Steemit besides the atypical “write-a-post-that-adds-value” advice.

In that spirit, here is the step-by-step process I use to write my blog posts, edit, and publish them faster and better. It’s a framework I’ve slowly refined over the years after reading other prominent bloggers and practicing on my own.

0. Flesh out the outline
1. Write a killer headline
2. Source your images and shoutout
3. Hook the reader with a personal story
4. Serve 3 to 5 meaty points (brand them if you can)
5. Bridge burning interest with subheadings
6. Conclude and differentiate strong
7. Compel the reader to take action

The structure I use is mainly influenced by Ramit Sethi. He writes hilarious and often life-changing advice.

Before we begin, you must follow the golden rule of writing:
Write first, edit later.

When you write, refuse the urge to edit.

One of the ways I prevent the urge is by looking at the keyboard and not the screen during the whole drafting session.

I know the pain of seeing this and not correcting it: 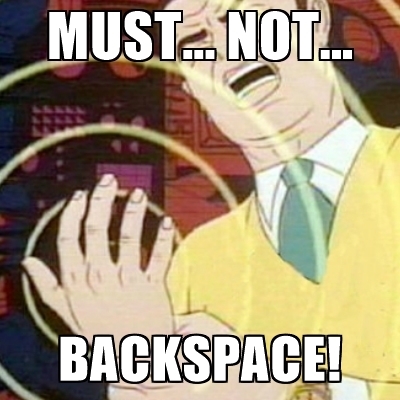 All first drafts are crap, it’s the editing that makes it gold.

0. Flesh out the outline

Use the checklist and fill in the skeleton - It doesn’t have to be perfect. It serves purely as a guide for you to follow along. You can always change your mind later.

“On the average, five times as many people read the headline as read the body copy. When you have written your headline, you have spent eighty cents out of your dollar.” - David Ogilvy

There are many tools online like Headline Analyzer and great resources from Buffer and CopyBlogger on this subject.

The general rule of thumb I use is:

Another smart technique I saw used by some blogger is they use movie titles as inspiration for their headlines:

It serves to be funny and entertaining - win-win!

2. Source your images and shout out

I only use https://www.pexels.com/ as it aggregates most creative commons images. I got a note from a curator who suggests I put image sources on every picture other than mine regardless of placement. Follow her words!

Damn, that's a lot of photos of cats.

For images, the things I always look out for are: 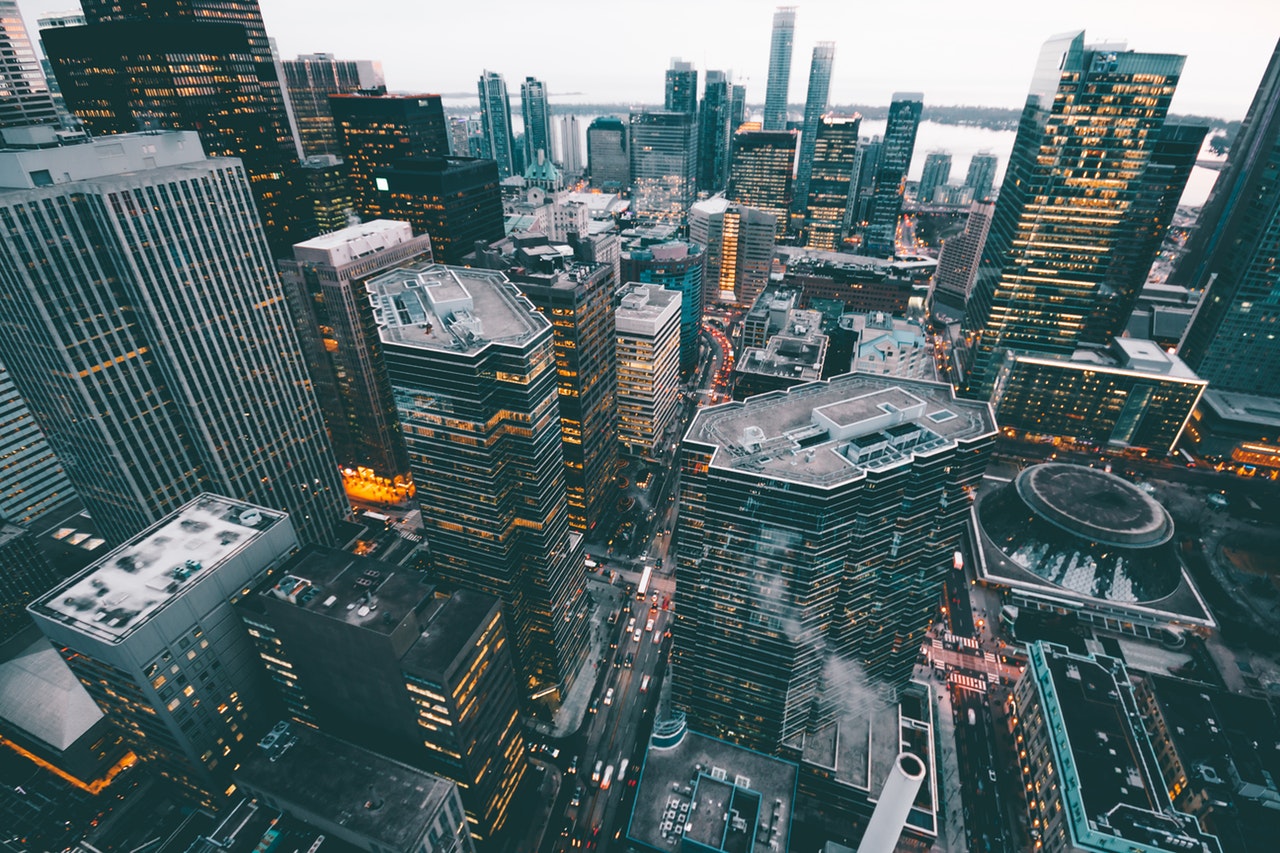 When using photos, for the love of God, don’t be this lasagna - cheesy.

3. Hook the reader with a personal story

This section comprises of two parts: hook and personal story.

The point here is to start strong.

I use a tip I learned from Tim Ferriss. It’s called “in media res” which is Latin for “into the middle of things”.

What you want is to get right in the thick of the action.

One day, on my way to work, I received a phone call.
It was a job offer from that interview I did a week before.
They agreed to paid me 2x my current salary.
I was shocked. This was something I’ve been dreaming about for months.
As the caller told me more about the position, I couldn’t help but excited.
Then came the inevitable “So what do you say?”

Where would you start?

For me, instead of starting at “one day, I was walking”, I would start with “They offered me 2x my current salary” and then backtrack for more context. It gives the reader more reason to read further to satisfy their curiosity like “How did he get a 2x salary job offer?”

The point of the first sentence is to get the reader to read the second sentence and so on and so forth. Remember, the reader has so many other things they can do, so, get them emotionally invested from the get go.

I came to learn this from James Altucher and after showing a writer friend of mine my first draft of my previous post You Are Not Your Job Title. He made a few good observations:

“Most self-help posts can be written by anybody. It’s mostly recycled knowledge anyway. If I told you it was written by Matt, instead of Ben, you would believe it too. Start with a personal story/anecdote. It makes it unique that only you can write it.”

“The meat is most important.

In order to create EPIC content, you have to be ruthless with your editing. Cut the unessential.”

In living this quote, think of the huge listicles you have read, out of the 101 tips they gave, how many stuck with you? It’s the ones that remain with you long after reading the article that deserves to be in your post.

Now, you may be asking why 3-5, why not 7-10 or more? According to research, people are shown to have working memories that can only hold up to 4 chunks of information at a time. Not to mention, the infamous rule of three practiced by the likes of Apple.

Keeping things simple creates a higher likelihood that they will remember your work and remember you too.

Another thing to consider is branding your solutions. Brian Dean of Backlinko, an SEO tips blog, got popular through his Skyscraper Technique, a method to create exceptional content to rank high on Google. Another famous branded solution was Inbox Zero, a methodology to make sure your inbox isn’t full of unread messages.

A lot of writers overlook this part. I first learned the importance of this when I was co-writing an article for Forbes with contributor, Joe Escobedo.

Based on the 3 to 5 points you wrote earlier, come up with equally compelling subheadings.

Think of subheadings as mini-headlines that break the article into mini-articles that makes it much easier to read.

For the earlier example, this is what I wrote:

SmartBlogger did an amazing piece on this. The one thing you need to remember is to put as much work into your subheadlings as your headlines.

The point here is to finish strong. Some of us are way too lazy to consider a great conclusion we feel the 3-5 meaty point is enough to avoid writing a conclusion altogether.. but you got to.

Here’s a brilliant formula for your conclusion by Brian Dean to help:

7. Compel the reader to take action

A call-to-action is an ask to the reader to perform an action.

On Steemit, I have seen quite a few examples - mostly asking for upvotes or follow or resteem their posts. Some also ask readers to go to their personal website (myself included).

(If you know how to make this, let me know!)

A) Writing hacks I follow from Dilbert creator, Scott Adams:

1. Get rid of extra words (they don't mean much)

Simple writing means to get rid of extra words.

"He was very handsome."

What do you remember about that sentence? That he was handsome? Exactly. Cut the word "very".

You may think your readers find the word "very" useful and descriptive. They wouldn't. Prune your sentences.

Paragraphs should be no longer than 5 lines, especially for web content.

If a chunk of text is too large, people will read the first line and skip the rest.

All that elaboration --wasted.

3. Organize ideas to fit the brain

Readers get “the boy opened the door” quicker than “the door was opened by the boy.”

Both sentences mean the same, but it’s easier to imagine the object (the boy) before the action (opening).

Much like "he kissed her" is easier to digest than "she was kissed by him."

Too complex and the cold reader will skip your post.

B) Tools of the trade #geektime

On my Chrome Browser, I use Leoh.io and have my writing bookmarks set to open when I open a new tab 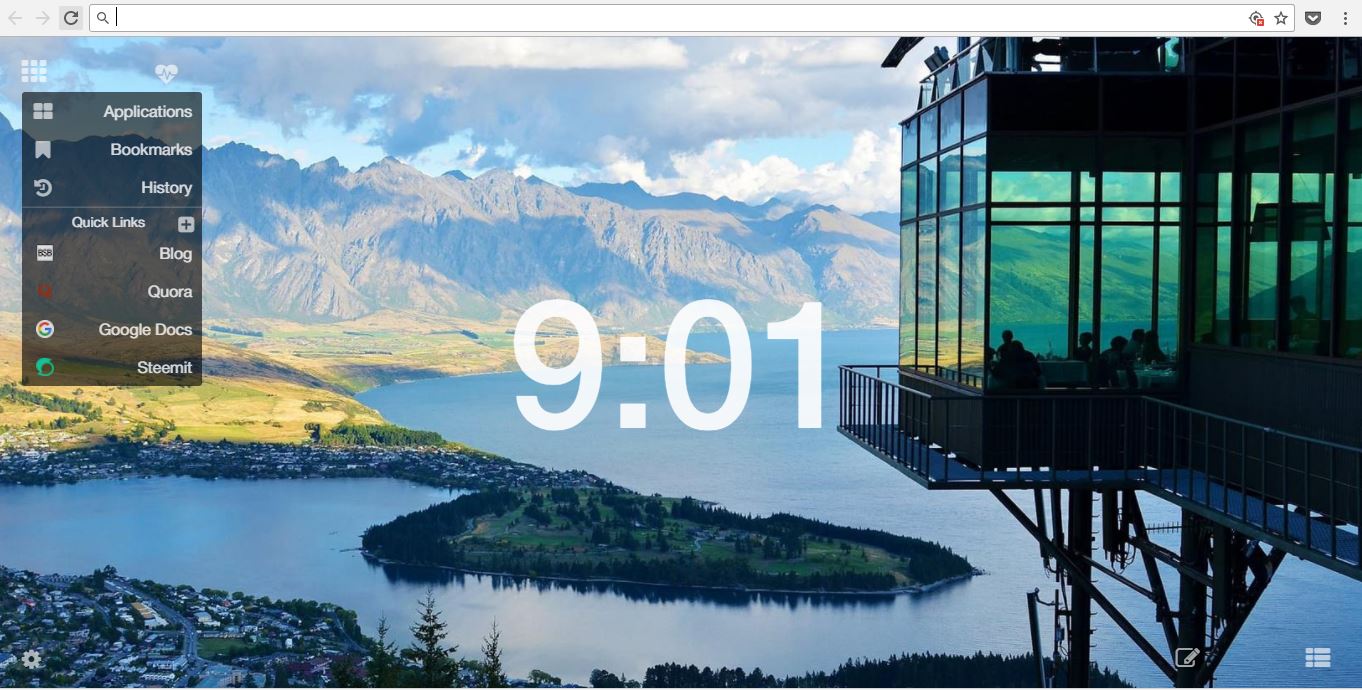 It hints at me.

I use Google Docs to do my writing. Saving your work on the cloud is so much easier to access and edit wherever you go.

I also install the Grammarly plugin on my browser to check my grammar. This has saved my writing quite a few times.

If say, I was walking around and an idea worth pursuing shows up in my head, I don't use Evernote - a little too complex for me, instead I use ColorNote for Android. 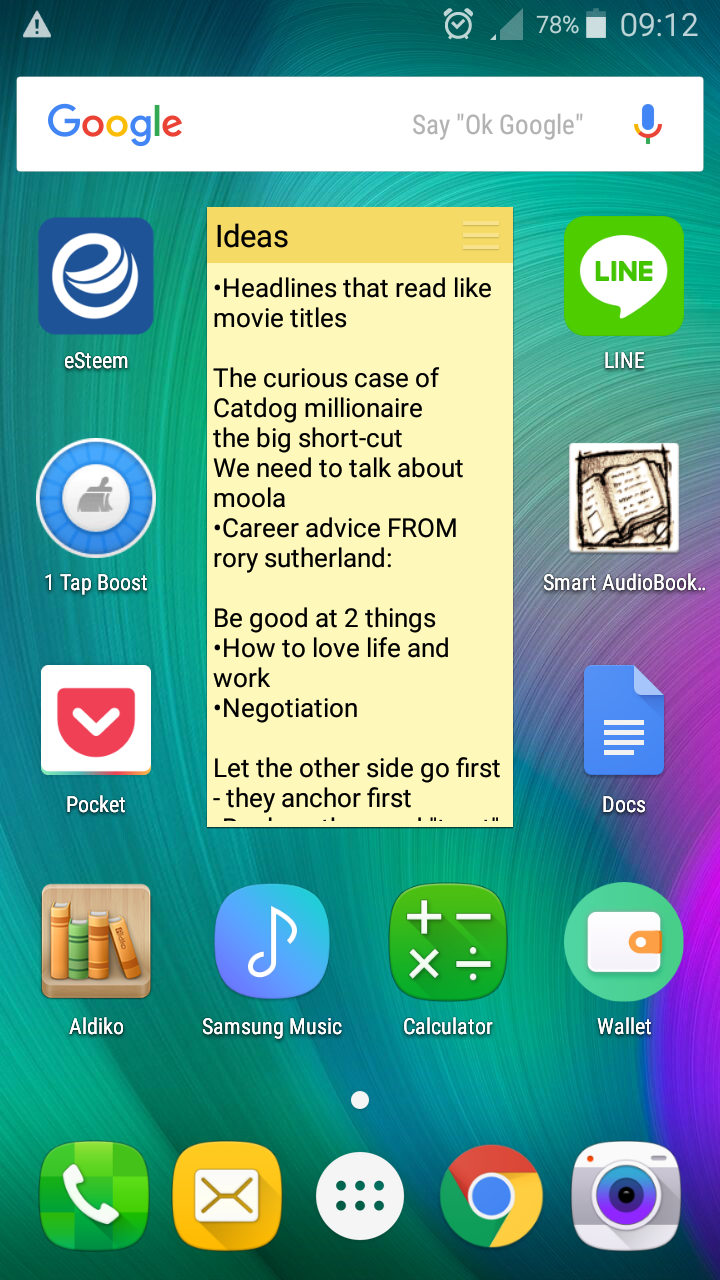 After I’ve drafted and edited my post, I run them through two programs.

First one is Hemingway. It tells me upfront is my article is easy to read or not (Grade 8 or lower is good). After that, I put into Grammarly, the desktop app, one last time before I publish it.

There are other tools like http://www.themostdangerouswritingapp.com/ which forces you to write super fast otherwise you lose all of your work. I personally don't use it as it causes unnecessary stress. And if you follow the “write first, edit later” mantra, you will be fine.

A Note from a Fellow Writer

There’s a reason I didn't write the headline to be “How to write a Steemit blog post in 60 minutes or less” to get more clicks.

I think most self-respecting and serious writers would agree that they generally allocate their mindshare for an entire day for a single post.

They would draft it all out in one go. Go for breakfast and while munching down on their Subway sandwich, start thinking of things they can tweak and add-on. This goes on the entire day until they finally hit “Post”.

This is not a race, and art can’t be rushed.

Hope you found this guide as enjoyable as I did writing it.

Cheers to a better Steemit community with better writing :)

Glad you found it helpful @denion!

Thanks for all the tips! I do hope I can follow some... But then I have not been writing so properly after graduation. Many more to learn and make it into a habit!
Happy Steeming!

Yes. I am glad I started! Blessed and grateful for the awesome support from the team!

Thanks for writing it out so detailed, @bensimblog :) That was a lot of effort!

You're welcomed @happycrazycon! Hope you found it helpful.

Thank you for writing this, it's very informative n easy to understand. Yes, I find some of the pointers helpful, especially the point on "being the only"...look forward to apply it in my writing. Thanks again:)