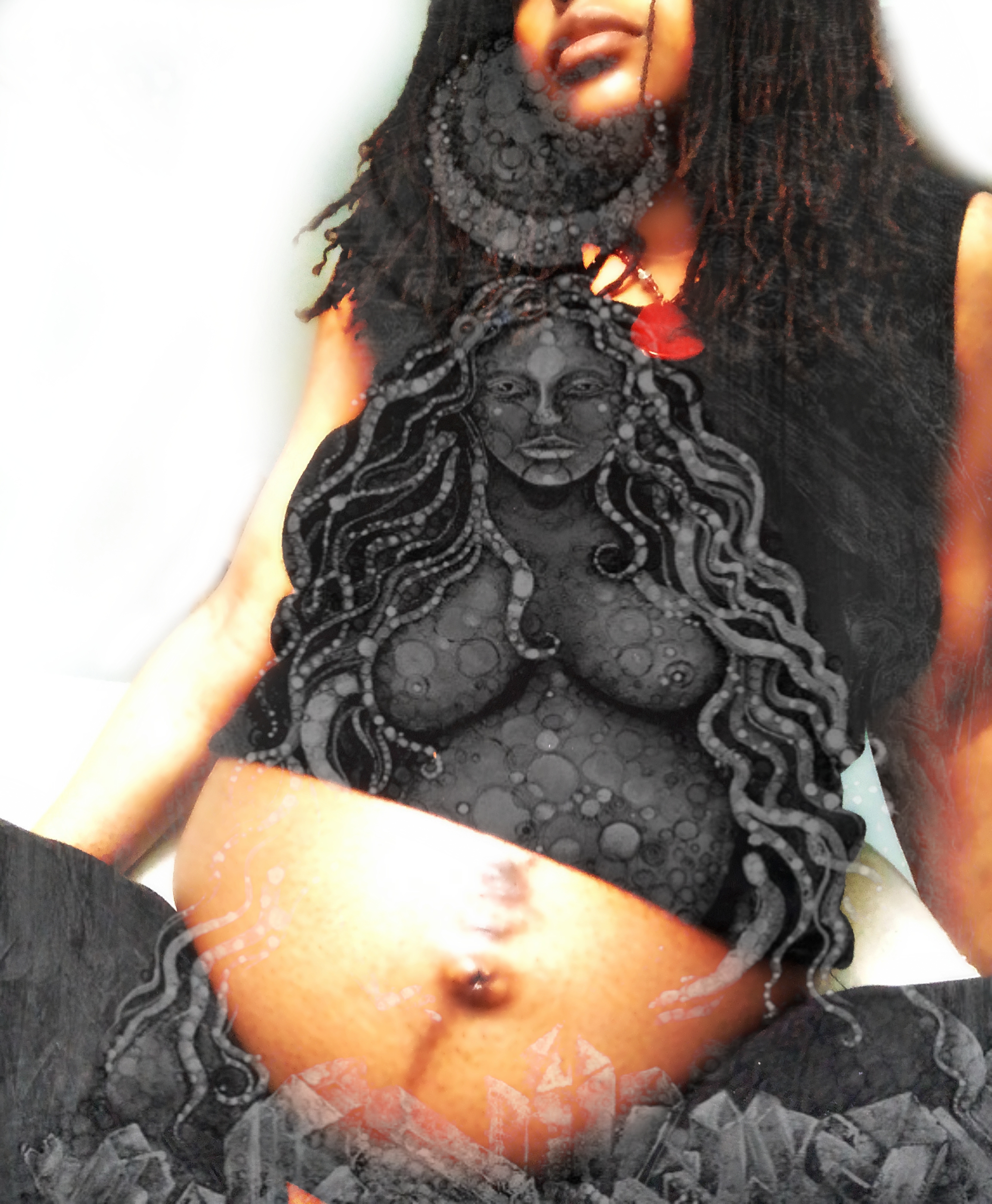 As Soon as Pregnancy Makes it's Way into a Womans Life

We begin to notice things revolving around pregnancy we had yet to notice before. We notice everyone else in our life that may be with child, also attracting knowledge our higher being is curious to know. One thing I was sure of when I became fully aware of the growing life inside of me, is that I would much rather do things the natural way then entrust my babies birth into any hospital or medical doctor or practitioners hands. I knew I wanted a holistic Midwife, also a Doula that would support plus comfort me throughout my babies development, labor along with any postpartum needs. Why? I have seen along with felt the outcome of many hospitals + medical doctors ignorance can cause on an expecting mother. The coercion involved, also pushed upon the mother during labor & pregnancy causes women to make choices in relation to their life plus their child's life that are less than favorable. Western Medicine relies solely on methods that they can measure; distrusting anything that they cannot. This leaves a significant gap in their healing techniques, causing many people to remain ill under their care. Replace the I with We, Integrating You with Me, & automatically the ill become well.

With Autochthonous Afro American women being at the highest risk. Women dying from childbirth complications, including heart problems, hemorrhage, blood clots, with many other cases. The greater prevalence of C-sections being done on women from the presence of minor issues during labor adds to these rates of mortality. I decided to speak to most women about their labor experience to get a glimpse into how things may play out for myself. Many of the women who'd gotten C-sections were under a serious amount of pressure, coerced by the nurses + doctors to allow them to slit their abdominal open for her to have a successful birth. Other stories involve them being in severe pain lying on their back, again with nurses bombarding them with questions about what shots to give the newborn, pain relievers she may want. To me, it all sounded very intrusive which I feel helped progress any labor complications they may have had.

Once upon a time it was illegal to have a home birth or midwife within the U.S.

In many states, the medical systems had taken over and any form of holistic care was & had been forbidden. Also looked at as taboo. Autochthonous everywhere were forced to have their babies in hospitals; with Eugenics gaining popularity birth certificates were changed from the classification of Native to Colored, in turn creating a new race of people in america now known erroneously as "Black" or "African American".

The Original Midwives used the practice of spiritual works plus herbal remedies to bring about a successful birth for the Mama along with baby, but as this became outlawed many of these traditions have withered away within communities with the hospital being the go to for birthing. While the Rates of Maternal Mortality Rise, Infant mortality is decreasing while the numbers still being significantly higher than the rate of women dying during + after childbirth. The Reason for this? More care + attention is being given to the child than the Mama in the medical industry, allowing for preventative measures to be taken on the child's behalf while Mama still suffers from the ailment that causes the child to become ill in the first place.

Why is it that we entrust a system, more than we do our own bodies to deliver a healthy baby successfully? I feel many women do this because they feel they have no sturdy support or assurance in the outcome of having a beautiful healthy baby. Every soon to be mamas Greatest fear is always associated with the health & lifespan of her child. Why are we now accustomed to trusting medics more than we do our cells? The answer is simple, I feel that it lies mainly in my previous Post, WOMBMEN SPEAK OUT | We Create Life, We Create Law. It is only recently that Midwifery has been introduced again into our society, allowing for natural births. From my experience thus far, It is much more personal & fulfilling to have a baby without the outside world telling me whats the best thing to do or the worst. As an Expecting Mama, we know what is best for our cells + our baby before during + after birth. Listening to ourselves is the hard part. Trusting ourselves enough to Say No to things we are not sure about, while saying Yes to the things that challenge us; making more than capable of doing what we are created to do.

Join Our Discord Server! The Afro Magic Sacred Soul Network is Here! Click The Image Below

Have Something To Say? Join The Women Speak Out Challenge Wonderful post, in Canada where I live Midwives are covered under our provincial health care in Ontario. I had both my babies at home and it was so empowering and comforting. I have a strong feeling had I have been in a hospital setting my level of stress from the over-medicalized setting would of been detrimental to my ability to birth naturally.

You are definitely ahead of the whole process with an attitude such as yours regarding childbirth. I recently almost lost a family member due to birth complications (gestational diabetes led to a premature birth of her beautiful baby girl but also near fatal blood clots in the mommy due to a botched c-section). There was so much wisdom in this article including the little known piece about the orginal aboriginal people of this land. Thanks for bringing this forward...

Another super post! I agree that trusting a system more than trusting ourselves is a dangerous path, no matter what the subject. Natural birth is a blessing, when circumstances allow for it to play out that way, and I think there would be more safe, natural births if western doctors were taught to encourage it. Midwives are AMAZING supporters of natural birth, but will also help when something happens where medical assistance is needed.

I was lucky enough to have a midwife and a doula, yet—because I had twins—I birthed at a hospital. I requested that my midwife deliver the children as long as there were no complications, and the doctor allowed it (for which I am grateful). I had a natural birth with no interventions, and despite the pain I'm glad that was my experience, yet I've had friends whose babies were delivered in other ways, and their birth stories are just as worthy.

Blessings to you and your baby, powerful mama!

My last birth was a Midwife Home water birth. It was one of the most peaceful experiences I have had. My first experience was a hospital birth with a epidural. While I did not have a negative hospital birth, I definitely preferred by midwife water home birth experience more. Suppor the Midwives. Thank you for this enlightening post!

Women and families need to have the choice of where they want to give birth, and with whom present.

Great post, I fully support this work. My daughter was born at our home and we were supported by two amazing midwives.

Bless you with you upcoming birth 😊🙏🏽☯️

Congratulations! This post has been upvoted from the communal account, @minnowsupport, by Esaia Mystic from the Minnow Support Project. It's a witness project run by aggroed, ausbitbank, teamsteem, theprophet0, someguy123, neoxian, followbtcnews, and netuoso. The goal is to help Steemit grow by supporting Minnows. Please find us at the Peace, Abundance, and Liberty Network (PALnet) Discord Channel. It's a completely public and open space to all members of the Steemit community who voluntarily choose to be there.

Congratulations @esaia.mystic! You have completed some achievement on Steemit and have been rewarded with new badge(s) :

It is not easy to entrust youself and your baby to someone who did not really practiced medicine.

But for me, midwives are a big help in our society. like for instance you are about to give birth in the middle of the night and you are having a hard time going to hospital, midwives are just one call away. at least there is just one person who will help and guide through out your labor.

here in our place there are a lot of licensed midwife. they don't do the old fashion way of delivering a baby. they even have their own birthing center or clinic.

eventhough i did not experienced being delivered by midwives, I salut them for being so dedicated to their work. I've seen a lot of moms delivered by midwife, and they were all right and their babies. as long as there are no complications,.

Thank you fot sharing this.

This post was resteemed by @steemvote and received a 39.07% Upvote