Utopian The Community-Driven Witness Is HERE! Vote For My Witness, LETS GROW TOGETHER!

Hello I am Utopian.io. I am NO ONE. I am EVERYONE.

I am the first and only Community-Driven Witness made up by a community of Geeks, Entrepreneurs, Dreamers, Artists and YOU. 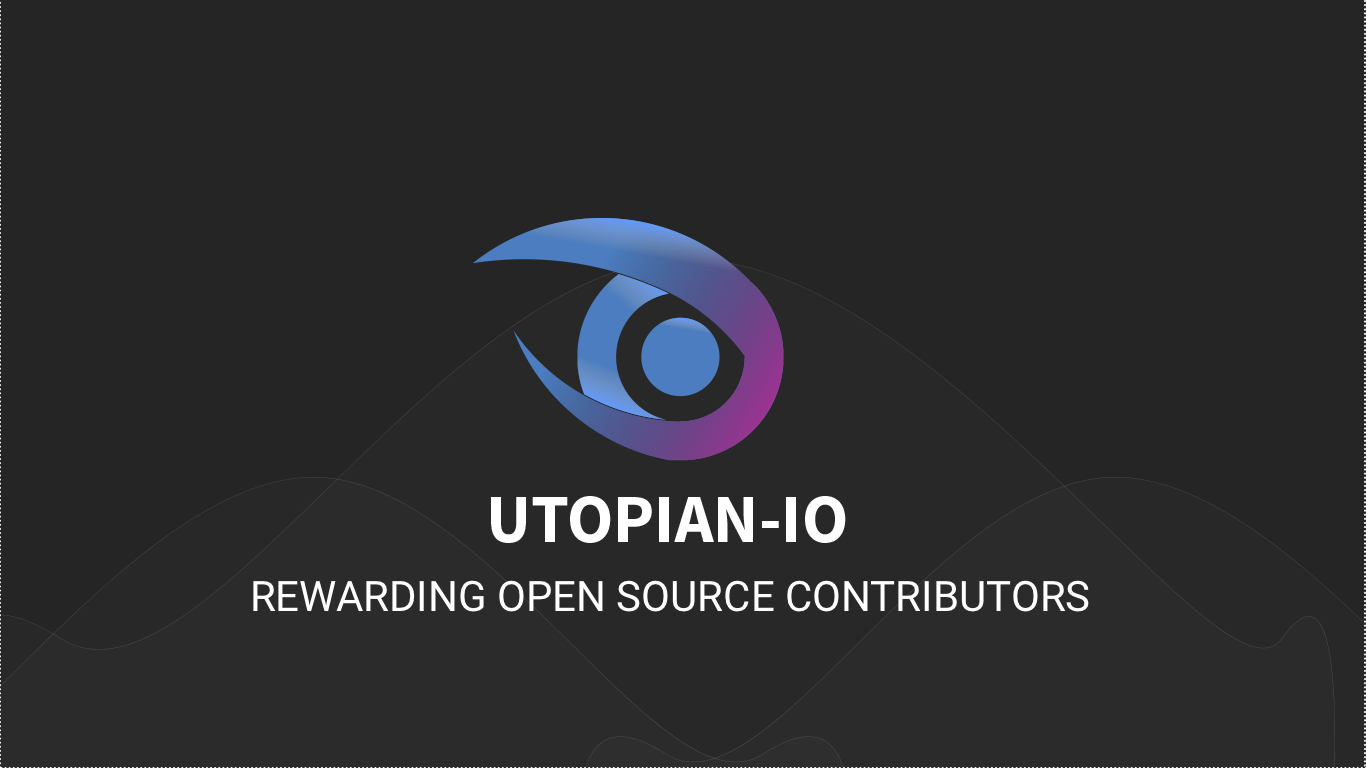 Utopian.io is the first platform in the world rewarding Open Source contributors and it is doing that with Steem thanks to the Utopian Bot powered by almost 4 MILLION STEEM POWER that upvotes every single contribution submitted in the platform.

Every decision is taken with the consensus of the community on our Discord server and soon via a public voting system.

We are made of developers, system administrators, entrepreneurs, artists, content creators, thinkers. We embrace every nationality, mindset and belief.

Utopian.io Rewards You For Working On Projects From Which The Entire Community Benefits Immediately In a Pure Meritocratic, Democratic, Decentralised Way So To Fast-Forward The Creation Of Ground-Breaking Technologies For The Evolution Of The Entire Humanity.

Join the Utopian movement to make a better World and to bring Steem to unseen levels! We are on Discord. Start contributing to Open Source projects on Utopian.io right away!

What Utopian is Doing for Steem

Utopian.io is growing the Steem ecosystem by a 1000% rate. We convinced Closed Source Steem projects to become Open Source and we helped the growth of existing Open Source projects by letting them have:

Utopian.io has generated more than 2000 CONTRIBUTIONS in less than 2 months for Steem based projects, growing now at a 100% rate every single day.

Utopian.io is the first Community-Driven Witness. Every decision will be taken as per the consensus of the entire community using our public Discord server and soon via a public voting system.

This is a totally new concept in Steem and we believe this is the only approach to go.

What Utopian Will Keep Doing For Steem:

Utopian.io is running a top-notch virtualised machine, upgradable in the blink of an eye with the following specs:

The current server is able to manage the required work to be in the top 20 Witnesses. If more will be required the upgrade is almost instantaneous.

Why Voting For Utopian Witness

Simply because we use the generated Steem to reward you and your contributions to Open Source projects, that are the backbone for the tech evolution/revolution of the entire humanity for the better! Convinced?

Vote For My Witness, Lets GROW TOGETHER!

A Special Thanks to The Sponsors

A Special Thanks to The Moderators

I just voted utopian-io as witness. =)

thanks for !hacks :P @netuoso and voted @utopian-io

Will definitely vote for the Utopian witness, but looks like the update_witness operation hasn't been sent yet to register @utopian-io as a witness yet. Let me know if you need any help setting this up.

@yabapmatt votable now! The cli wallet was being funny :D

Tell that cli wallet this is no joking matter! Really glad to see this up and running, let's see if we can get it in the top 20!

Yes we should be there together!! @yabapmatt

Voting for witness right away

As a new Steemians proud to award you my first Witnesses upVote !

Let's go for a long and beautiful adventure !

Voting @utopian-io for witnesses at this link is now available!

How to vote for @utopian-io presented in one of those super-cool fancy witness GIFS:

That is an excellent milestone for the community. So proud to be part of this !
Sky is not even close to be the limit... Go Utopian.io !

i will definitely vote #Utopian to be witness ;)

I hope this will become the most popular of all the witnesses. It will be very beneficial for the Steem community!

HipHipHooray for a an accelerated development of cool tools for all of us!

Just voted for utopian-io, I'm interested in seeing how it will work as a community-driven witness. Let's see !

Good to see this new approach to witness accountability. Thank you.

Upvoted, resteemed, tweeted, voted for witness!!!! If you need something else just let me know!!!
Cheers!!! The best is yet to come!!:D

Done. :)
I feel like I did something good for the world today again...

Good to see this new approach to witness accountability. Thank you.

I voted for utopian-io, cause its powers are strong 💪 💪 (voted)

one of the easiest decisions I ever made on voting a witness. for the first time I didn't had to read trough lots of post to understand a witness I'm voting for ^_^

Voted! Overall, utopian is the best thing to happen on steemit in the past few months. Keep up the awesome job!

I have not looked into Utopian.io yet but after reading this I definitely will check it out. Sounds like an awesome project!

I'm happy to support utopian-io as a witness!

just voted utopian-io and thanks for your service.

great project @utopian-io
i am not a developer...how do i contribute as a content creator who writes mainly on natural health ... what are the benefits for content creators on utopian...
thanks for sharing this and great job...

But i will do

wow, great work... I think i go down a spot soon.. butall the best as a new witness. Remember to go for a backup server when you are going up in the spots. As a sponsor of utopian I will vote for you as well.

Congratulations @utopian-io, this post is the eighth most rewarded post (based on pending payouts) in the last 12 hours written by a Hero account holder (accounts that hold between 10 and 100 Mega Vests). The total number of posts by Hero account holders during this period was 240 and the total pending payments to posts in this category was $3043.42. To see the full list of highest paid posts across all accounts categories, click here.

Thank you for what you're doing Utopian, I just voted for you, you made us earn rewards we never thought we could in such a short time, thank you very much.

Hey I voted for @utopian-io as witness. I like your ethos and will join up as you recommend.

just witnessed you,, hope it help in your community quest

Followed and gave you my witness vote

No clue what votes does but I voted for you