After the recent chain split (ver. 0.23 Hardfork), the Steem Blockchain had been in major threat during the process coming directly from former Top witnesses of Steem. As top consensus witnesses, the duty and task would have been to maintain the integrity of the Steem Blockchain but it was decided to abandon the chain they promised to protect.

There were some opportunities to understand each between Steemit Inc and steem community members/investors but unfortunately, it didn't work well. The former witness group bought the domain for the fork after the day when a town hall meeting with representatives of each group gathered together on the 11th of March 2020 to discuss the shared value and find out solutions. The decision for a Hardfork from Steem had been prepared and made official on the 18th of March 2020.

As the history now shows, neutral witnesses from the now split Blockchain were technically able to run a non-hostile version and still support the Hardfork. This is not the case for witnesses that have executed a 0.23 version on the Steem Blockchain during the Hardfork.

To ensure the security of the Steem Blockchain, the consensus witnesses have updated to a temporary protocol. This so-called Softfork update is reversible but not limited to this version. We are using it to secure the Steem Blockchain but allowing affected accounts to appeal through the SPS system.

History Review based on facts

This temporary Softfork is to adjust and protect the future of the Steem community, which is in the moment still affected due to the Hardfork. Due to the uncertain threat that the leaders and main influencers of the new Hardfork represented to the Steem Blockchain, the Softwork will include accounts with the following rule. The barrier for these rules can be lowered at any time with a further code change when consensus is found and the circumstances require it.

Accounts actively contributed to the potential stoppage of the STEEM blockchain

Based on these hostile actions against Steem users with different opinions and also having different members from the forked Blockchain still actively downvoting and milking the Steem system, the consensus of Steem witnesses needed to temporarily adjust the accounts under the explained rules.

As for now, there is no clear declaration from the leadership or accounts of the forked Blockchain that it is not the goal to harm the Steem Blockchain and community.

Affected accounts are welcome to look into a voting proposal on SPS and depending on how these are explained the community will vote on your proposal.

The future of Steem

The current witness consensus is very young and learning at a very high pace. We have a differentiated mix of users, developers, investors and voices that are gathering together to move forward to develop the Steem Blockchain. A peaceful co-existence is not against the interest of the Steem community, but the current actions are not fulfilling these interests.

All rewards from this post are sent to @null.

Huh, I thought Sun made everyone promise they would never freeze funds?

Will the list of blocked accounts get longer? Based on the criteria it should be a much longer list...

Are we going to see a new account get blocked every day for a 100 days now?

How will the SPS be used to determine an appeal?
With the current vote from dev365 on the return proposal, it seems that only steemit inc will currently decide if an appeal is approved or not?

Or what are people's thoughts on this?

There is no common ground to be found between the community and a dishonest control freak. Justin Sun never negotiated in good faith. Your witnesses have abandoned their promises to never freeze STEEM accounts, and have lost even that veneer of moral legitimacy. Steemit Inc. now chooses witnesses and runs the show behind the scenes, yet claimed to be surprised by this fork announcement. This kind of game wouldn't even hold water in the most totalitarian regimes. But I am still here raising a fuss because unlike your cowardly witness toadies, I still care about STEEM.

would you explain how were they a threat at this moment?
was that statement by all witnesses about NEVER freezing anyones funds just a joke?
How can you guarantee that my funds will not be frozen?

From the cheap seats this tit for tat while the whole project is burning to the ground is hilarious.

You're a thief. I hope those you've robbed sue you and name the CCP as a co-defendant, since they're clearly pulling your strings. You can justify your thievery with revisionist history all you want. Those who were there through the unfolding of this know that you never negotiated in good faith. You were using more and more of stake that was supposed to be used for development of the blockchain to vote on witnesses running on a single server while in the very midst of meetings about working together.

Additionally, a new blockchain forked off an existing chain has no obligation whatsoever to give stake to anyone whatosever. That the fork organizers chose to provide free starting stake to anyone was at their discretion. Those who chose to participate in the new chain also do so at there own discretion. Everyone is a free party. But to steal funds from those on STEEM who simply vote for witnesses you don't like is indefensible. I'm curious to see how this plays out in the civil suit.

The Statement
We will NEVER involve nor confirm any action or code that could freeze or limit the stake of anybody on the Steem blockchain.

edit your statement few posts before...

Is this a joke?

So, Steemit Inc. still cares about Steem? If so, why not focus on improving your product instead of spread a bunch of bullshit techobabble just to pick a fight with those that forked out?

Fucking grow up, and act as a proper company.

Justin you are much more stupid, i thought about you. You STOLE MONEY FROME BLOCKCHAIN USERS....

Your and your sockpupets reputation i destroyed for lifetime!!!

Go your way out.

Know if you loose a game.

What happened to the part where you guys said you wont freeze any users funds? It didn’t take long for you guys to not honor what you said. Why should anyone take anything you guys say seriously when you can’t keep your word. I never Supported the Hard-fork (it was a takeover attempt ) , and i don't agree on the soft fork as well , i think no body should freeze nobody's account .. lets just forget what happened , it was a mass migration , people went where they like it , i am still with steem and will always be , so lets just do what is best for the chain , because of this fork , we are having major problems in exchanges and stuffs .

We have already seen how the 20 whiners (previous witnesses) went to their new "decentralized" network but did not give "airdrops" to those who did not support their thinking, we also realized how those same witnesses are using their voting power to auto-vote SPAM comments and give negative votes to users who do not support those stupidities. This is not the time to start kicking spoiled children in the face, this is the time to act and do what needs to be done.

I hope both parties could be satisfied on a certain point.. and every members could get more from steem and hive for their own bright future. Maybe there will be a good way that both parties will be succeed..but I think this issues is mixed with lots of emotional and a sort of wealth and power issues ..so hard to say.. 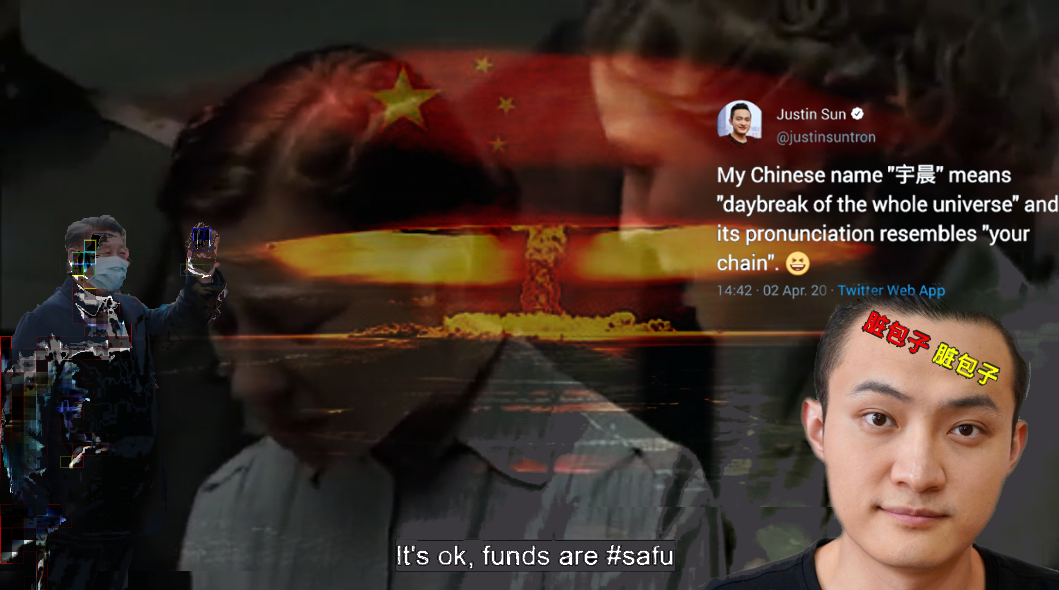 You should understand that at the very moment (now), 100% of the STEEM witnesses are witnesses because of STEEMit an it's approval. That makes STEEM security and you might go to jail for distributing it? While J. Sun is a chinses person, they don't care about stuff like that. Fraud is their main business.

Congratulations geniuses ... in your effort to carry out a tit for tat like children on a playground you've managed to drive even more people away. People who really wanted to see both chains thrive and move forward. Instead more people are powering down and will move away from Steem. You've also tainted Steem even more with even more poor publicity and discouraged new people from coming. Maybe that is what you wanted to do.

Thank You for the comprehensive article and the github code. Please continue the good work of educating everyone else around you. For education about Banking and Finance, I like to visit blogs like these - https://curioustoons.in/how-to-find-cif-number-central-bank-of-india/