Yes, another witness is coming. It's not like the Steem blockchain doesn't have enough witnesses already, but I would like to help secure it by participating.
It's with this mindset that I installed my own Steemit instance (and perhaps a Busy instance on Heroku later on). In fact, I would love to host a full node... but it's a little bit too ambitious for me.

I'm a french guy from Lyon and I'm writing in french in order to help construct this wonderful community. As a witness, I would like to make the french community learn more about the Steem technology and its evolution... this is why I started talking about my Steemit instance.
Here is an exemple of an update post I made :
Protégeons steem - projet d'hébergement de steemit
I've also given my point of view about the complex subject that is the decentralization of Steemit.
Steem. Il faut qu'on parle (we need to talk)

I'm a curator for @francosteemvotes which promotes quality french content. I'm also delegating some SP to utopian.io (which is in my opinion the most exciting project based on the Steem blockchain).

I'm running my witness on a VPS server hosted by Scaleway. It's a little server but using some swap, I'm able to run it smoothly.
A huge thank you goes to @someguy123 for SteemInBox and @bitcoinparadise (How to setup a low cost low memory basic witness node). 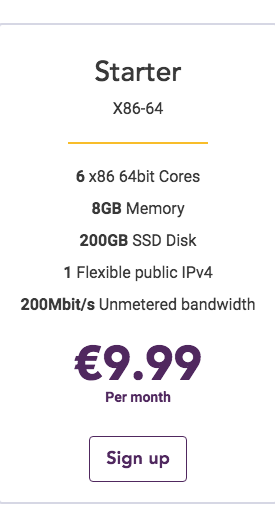 I'm using steemfeed-js (thanks @someguy123) to provide the Steem price every hour.

u are going to need more ram soon.