Jagmeet Singh, 12 December 2017
WhatsApp Web Picture-in-Picture Mode, 'Reply Privately' Option in the Works: Report
WhatsApp Web will reportedly get the feature when the 0.2.7315 update is rolled out

HIGHLIGHTS
New WhatsApp Web features have been spotted in the updated app
It looks set to add the picture-in-picture mode for videos
Web client will also let you send replies to group members privately
WhatsApp seems to be planning to add Picture-in-Picture mode to the Web client, a few months after the feature was rolled out to mobile devices across the world. The WhatsApp Web feature will be rolled out with a future update, which is said to be adding an option for users to reply to messages privately in group messages. For now, the feature is not available to download, but may be rolled out soon. Earlier this month, WhatsApp was found to include a 'Restricted Groups' settings to help administrators restrict group members from sending text messages, photographs, video, GIFs, documents, or voice messages.

WhatsApp Reply Privately option
Alongside the new mode, the reported WhatsApp Web update includes a 'Reply Privately' option that allows you to communicate with one of your group members privately. As per the screenshot provided by the folks at WABetaInfo, the new option will be available alongside the existing 'Reply' and 'Forward message' options and will quote the group message alongside your private message. It is expected that the new ability to privately send messages to group members would also soon debut on WhatsApp for Android/ iOS.

The said features are not currently available on WhatsApp Web but are likely to go live on the Web-based interface in the near future. 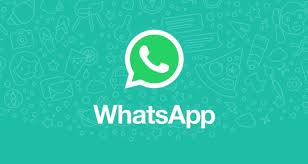 Congratulations @ksrinu445! You have completed some achievement on Steemit and have been rewarded with new badge(s) :