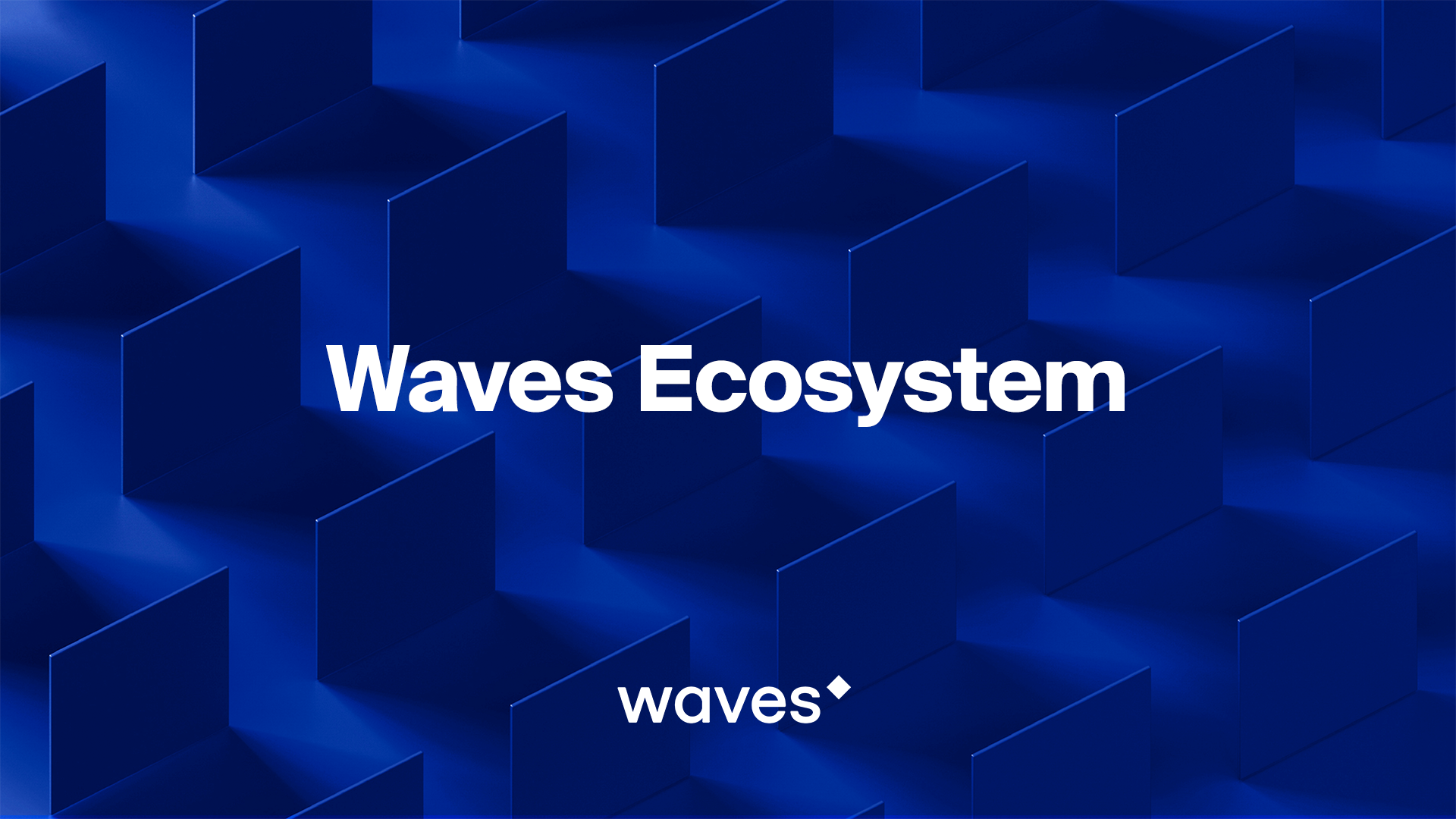 Waves was founded on the idea that blockchain is a technology of the people: a grassroots phenomenon that puts ordinary individuals and companies back in control of their own finances, business processes and much else besides by offering fundamentally improved security, transparency and convenience.

As “blockchain for the people”, Waves caters to a wide range of stakeholders, and its platform is designed to deliver value to different users and use cases: consumers, entrepreneurs, individual and institutional investors alike. It’s an ecosystem of businesses, services and communities, all utilising the benefits of Waves’ cutting-edge and constantly-evolving technology.

Waves has one of the most user-friendly crypto wallets in existence, making it straightforward to access the full range of the platform’s powerful features. The wallet has been designed with best practices in mind, meaning that it compares favourably with the user interfaces of the foremost online banking and trading platforms. Combined with the integrated fiat and cryptocurrency gateways, this makes it extremely easy to acquire and hold cryptocurrency, quickly and securely.

The Waves wallet also features a built-in decentralised exchange (DEX), with a professional design based on those of familiar and popular cryptocurrency exchanges. A wide range of trading tools means that this is suitable for expert traders as well as newcomers to the ecosystem. The DEX will be further developed in the coming months, ensuring that it can rival any centralised exchange for user experience whilst remaining far superior in terms of security and uptime.

There is tremendous institutional interest in cryptocurrencies and blockchain tokens. Further elements of the Waves ecosystem are designed to interface with the traditional financial sector and work with large corporations to enable them to gain exposure to this new asset class at the earliest possible point.

The Basics Fund is a blockchain venture fund, focused on the Waves platform and holding a diversified portfolio of crypto assets. Its purpose is to give larger investors and corporate buyers access to promising token projects as close to their inception as possible, whilst also capitalising some of these businesses and funding the best initiatives that go through the Waves incubator, helping to ensure their success and rapid growth. The Basics Fund is currently in the process of collecting investment and will launch in Q2 of 2018.

Tokenomica’s CEO, Timur Abushkin, has 15 years of experience of finance and capital markets. He previously served as a Vice President and Cash Equity Sales Trader at J.P. Morgan, raising more than $14 billion in public offerings for leading Russian and CIS enterprises.

Tokenomica plans to launch its first pilot projects in Q2 of 2018, establishing partnerships with banks, organising self-regulation and connecting with regulators over the course of the year.

For Startups and Businesses

Waves offers entrepreneurs and established businesses a wide range of unique opportunities and powerful functionality. The platform makes it easy and secure to create, send and trade custom blockchain tokens, and to switch between traditional currencies and cryptocurrencies, thereby bringing efficiencies to an existing business or enabling a start-up to conduct a pre-ICO or ICO. Waves has launched several initiatives to help businesses succeed in their token implementations.

The Waves Lab is an incubator that monitors promising businesses and ensures that they have a solid business proposition underpinned by a viable token model. Strategic activities for Waves Lab involve providing advice, expertise and resources at a critical point in a project’s development. This includes:

Waves Lab will accept its next tranche of applicants in Q1–2, and is currently assessing hundreds of applications, with active discussions under way in several cases. A new acceleration programme is being prepared, which will include the release of professionally-prepared information and explanatory materials, which are badly lacking in the blockchain space, as well as various activities for consulting, auditing and assisting the most promising projects. Waves Lab has announced a total budget of 1 million WAVES for future participants.

After a token is launched, it is critically important that a robust secondary market is established to allow existing holders to exit their stake and new buyers to invest. The Waves DEX provides near-realtime peer-to-peer trading for tokens, ensuring an active exchange is always available. Meanwhile, LiquidWaves is a new initiative that ensures liquidity for tokens traded on the DEX.

It is also vital that businesses remain compliant and up-to-date with the latest regulations. The Better Tokens initiative pioneers and promotes best practices for compliance among ICO and token issuers. Its goals include:

Better Tokens is run by Artem Tolkachev, Director of Legal Services at Deloitte and a prominent figure within the Russian blockchain community, and Miko Matsumura, founder of crypto exchange Evercoin and a serial entrepreneur and angel investor.

Waves’ strongest asset is its community. Regional hubs (in offices run by Primalbase, one of Waves’ early token sale and infrastructure partners), allow people to connect with other members of the community at meetups, and to consult on projects with Waves and to get in touch with official Waves representatives. The Community Club provides a framework for new ambassadors to join the Waves ecosystem and establish new local communities.

Meanwhile the Blockchain Institute, launched to facilitate the practical implementation of blockchain technology, is the ideal entry point for developers who wish to contribute to the Waves platform.