Who are the queen of memes? Feat Katy Perry

First, she is Brazilian.

It appeared dancing in the official channel of KatyPerryVEVO and the Brazilians are not understanding how this was possible ^^. Her name is Gretchen.

She was very successful in Brazil in the 80's and 90's, was a singer, dancer and was always present on TV shows. At the moment it is considered a caricature figure among the Brazilians but still admired by a part of the population.

In the last four years he has become memes in the Brazilian internet and also in other parts of the world. 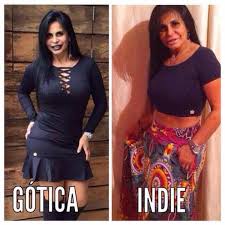 It is known today as "the queen of memes".

Follow me on steemit to know about Brazil >> @renantg ;)