Magical and historical places where I lived: El Silencio, Caracas

Block 5 of El Silencio: I lived there during my childhood, and I can say that I have engraved in my mind all that time, the Block, the gardens, the apartment, the colors ... 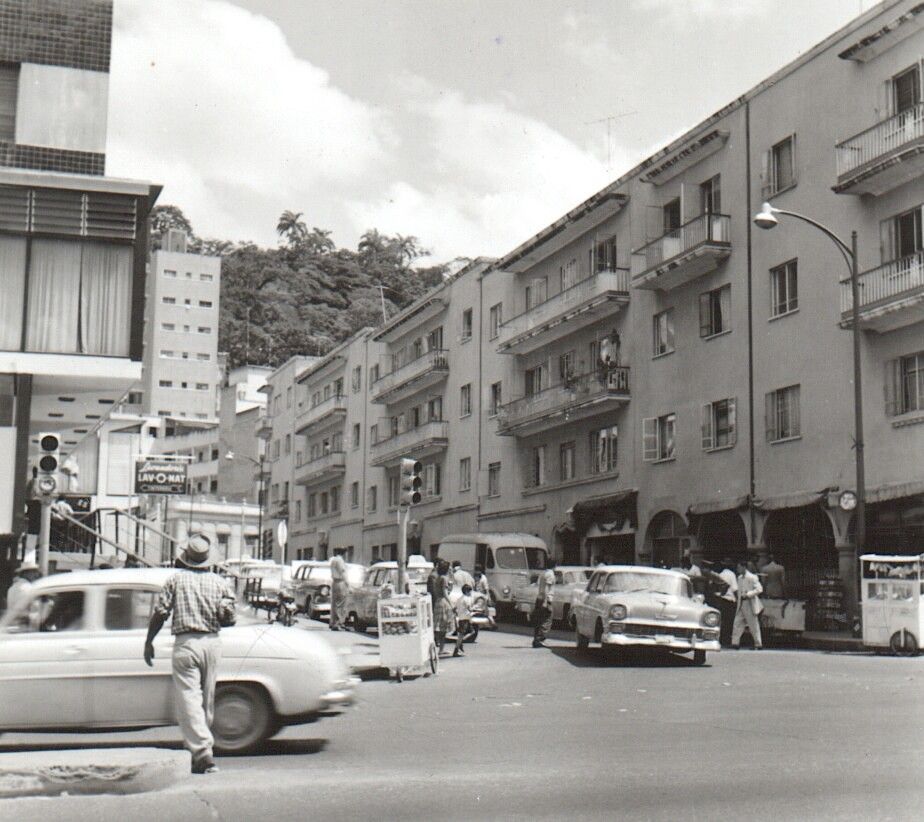 It is incredible that despite having lived during my childhood in that urbanization, it was only recently that I learned where its name comes from.

In the year 1567, just founded the city of Caracas, that central area was called El Tartagal, due to a large number of spurge plants (tártago in spanish) that were in the area. The neighborhood that only covered a few blocks, but for the size of Caracas at that time was very extensive, was only about 6 blocks from the Plaza Bolivar and was a terrible area, with extreme misery and poverty, and high dangerousness. The inhabitants called it the "Neighborhood of Vice", and said that at night you should not go there, because there were thieves, gangsters and some of the most dangerous murderers of the time. It is known that in the area there were about 331 houses and of them, 42 were brothels, 32 liquor stores, 9 were lodging houses, 49 tenement houses and the rest were houses of very poor families. 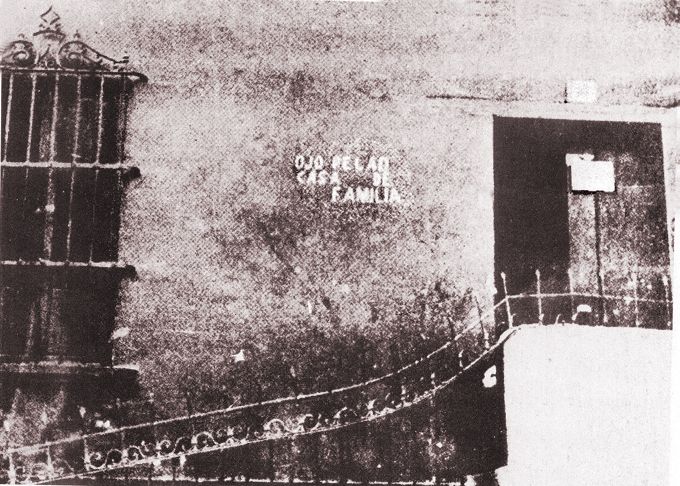 On the walls of the houses where honest families lived they used to write "Watch out, family home" to drive away drunks and criminals. Source
The nurse of our Liberator Simón Bolívar, "Negra Hipólita", lived in that neighborhood, in "The street of bitterness", but unfortunately that historic house was demolished in 1942.
When the 91 years of the Foundation of Caracas were fulfilled, in the year 1658, a terrible epidemic hit the Capital, and the most affected area and with the highest number of deaths was "El Tartagal". At that time it was customary that every time an inhabitant died, the bells were ringing. However, there came a time when they stopped ringing because there was no longer a living soul to play them. There were dead people in the houses and in the streets; it was a chilling event. When the Cabildo sent to "inspect" the neighborhood and report their situation, the comment was:

"To the west of the Caruata brook, where the epidemic began, there is only silence, silence; A deep silence ......!"

That epidemic that almost devastated entirely the inhabitants of "El Tartagal", lasted only 27 days, and of the 8,000 people who lived in the capital, approximately 2,000 died. After such a tragedy surviving in that area was something very painful, sad and even gloomy, however, the neighborhood resurfaced. Following this terrible epidemic, the name "El Tartagal" was changed to "El Silencio" (The Silence). Often the people passing by the place comments:

-What God forgives me!, but that was a deadly punishment from heaven to the dissipated, dissolute, "gomorrica" (from Gomorra) life of the residents of the sinful neighborhood.

–Shhhh, silence, that on these sides many souls remain in pain.

Sadly, the area continued to live with pain, misery, tuberculosis and venereal diseases, vice, vandalism, liquor, gambling and everything related to the underworld. At 375 years of the Foundation of Caracas, in 1942, President Isaias Medina Angarita took the great determination to demolish all the constructions of "El Silencio" to re-urbanize it; finally "El Silencio" would be healthy. It was like this
as on July 25, 1942,
the President,
accompanied by a whole delegation,
gave the first blow to a house
marked with the No. 23,
to start the demolition of
the old "Silence",
and start what would be
the longed-for re-urbanization.
Source

On January 4, 1943, the great day arrived, and finally the construction of "El Silencio" Urbanization began, with Carlos Raúl Villanueva as the architect in charge of the design Source. And as a sculptor of that work Francisco Narváez (both Venezuelans) Source. 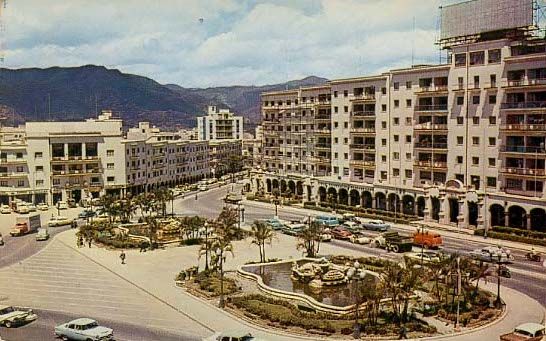 Blocks 1 and 6 with O’Leary Square Source
7 Blocks and 2 Squares were built: the beautiful O'Leary Square and Miranda Square. In our beautiful Caracas Valley, these blocks looked beautiful (when there were still few buildings, they stood out and embellished the city). Each block had different characteristics: Block 1 is the largest and main, located in a privileged way to observe the beautiful O'Leary Square, Blocks 2 and 3 have a view of our majestic Avila Mountain and a large part of the central area of ​​the city. All of them have beautiful columns, stately doors to enter each block and arches with colonial air. The original bars (which were not for safety but as part of the design) were made of iron, artistically worked, which made them another very important decorative element that gave majesty to the complex. The handrails of the stairs were made of a beautiful and thick wood, while the floors of the internal and external corridors and of the stairs were of a brilliant granite, that in addition had designs with lines of bronze to mark them. They gave the impression of being polished daily.
All the apartments have those thin and floating balconies (I was afraid to look out from our one), however not all are the same size, nor are the apartments. We lived in Block 5, letter "J" 3, and that apartment was especially beautiful and very comfortable. All the Blocks have a patio or internal garden and a playground, and in ours, there was also a small court where kids played baseball. In the inner part of the Blocks, each apartment has a covered terrace where you can comfortably place a table and many plants, from where you could observe the gardens and parks, and the mothers could watch the children at all times while playing. Our apartment had an elongated shape. It had 3 rooms and was extremely fresh and bright, all in detail planned. I was fortunate to know several apartments of other Blocks and I remember that they were all different and very beautiful. Definitely, they were thought and designed for the good living of the people, where not only was comfortable but also beautiful to admire and enjoy. All the blocks have wide sidewalks and large roofed corridors, where the commercial premises are located so that if it rains you will always be sheltered. 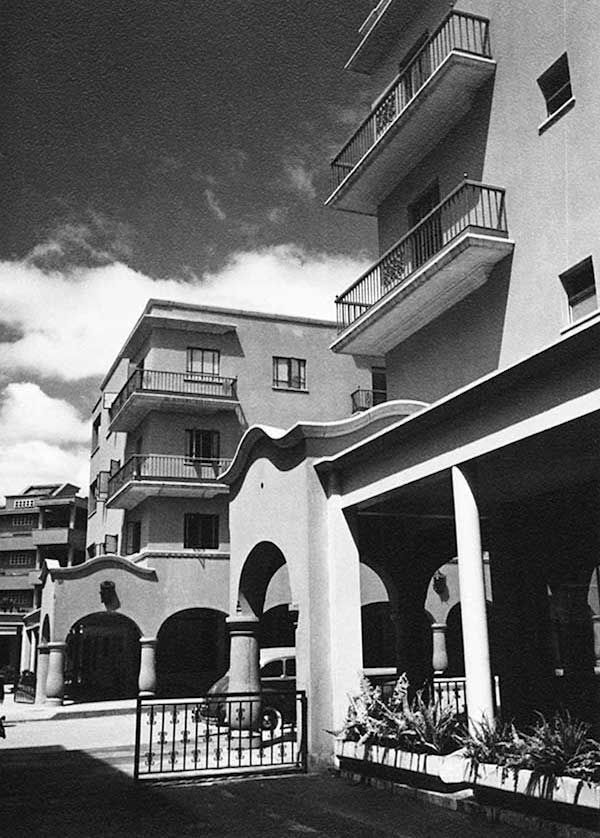 Images of the 50's Source Inner courtyard of Block 5 Source
Walking through the Miranda Square at that time was nice, it was full of trees (there was no chaos like nowadays), and the people who lived in Block 7 enjoyed that greenery and the tranquility that existed at that time, It was like having a unique painting in front of your balcony; O'Leary Square with the Fountain "Las Toninas" by Narváez, was always a show. The combination of the sculpture with its four feminine figures, the lights, and the fall of the water on those bodies is a work of art to skirt it and enjoy every detail. It is a beautiful Square in the middle of that set that can be admired from any angle. 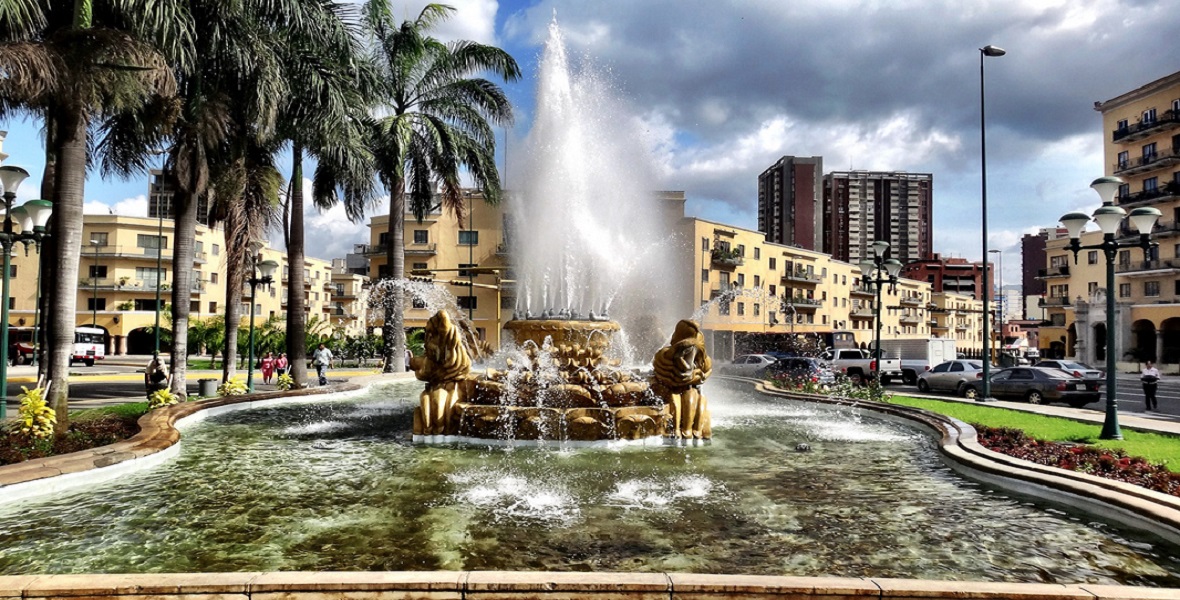 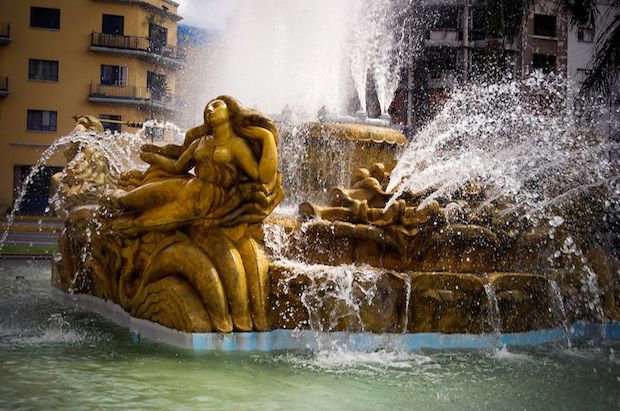 The Blocks of "El Silencio" and its Squares have been painted and restored several times, but there is still much to do, it is an urbanization that has been about to relapse that sad time of "El Tartagal". This wonderful work designed by Carlos Raúl Villanueva
It is the first great work of Venezuelan modern architecture
that was made in Caracas.
In 1999, it was declared a Cultural Interest Property and in 2005
(next to other areas and buildings of the capital)
It was declared Municipal Heritage of Caracas. 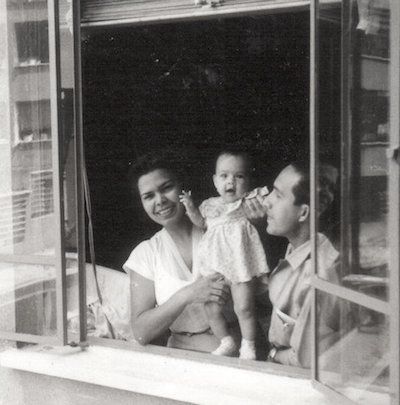 Here I am with my parents and mi little brother
I feel privileged to have lived in the "El Silencio" blocks,
which are and will always be a historical monument of the city. I can proudly say: I lived there!

The Photographs without source are from my Family archive​ and are used with authorization.

I learned the story behind the name little by little through conversations with historians that I have met during my career with the Yesteryear Caraqueñ music group "Los Cañoneros", however, due to dates and historical precisions I consulted some sources:
#life #blog #story #history
4 years ago in #venezuela by helyorsini (49)
$64.85
299 votes
Reply 9

Congratulations @helyorsini! You have completed some achievement on Steemit and have been rewarded with new badge(s) :