The many deceptions behind a dictator's “cryptocurrency” 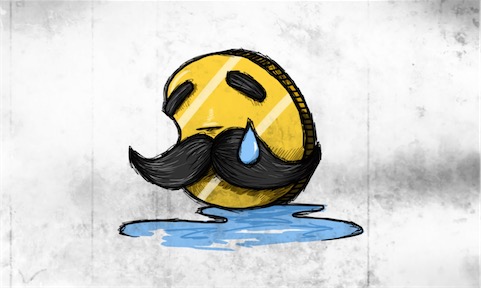 If you're not a big Venezuela-watcher, Maduro's claims of raising gazillions on his February 20th event probably took you by surprise. This is how propaganda typically spreads beyond its borders: the powerful say something outrageous, and the media, not wanting to miss out, rushes to print it. Some journalists even quote the official sources verbatim, pretending not to know they're not reliable. Hey, it pays to be first!

So let's set the record straight. The petro, Maduro's illegal debt issuance in cryptoasset wrapping, hasn't raised a dime. I'll tell you why.

First, the petro wasn't really launched on February 20th. What Maduro launched was a crappy website plagued with confusion over which blockchain would be used, bad SSL certificates, 6-hour email delays and silly JavaScript bugs. As of today, a week later, there still isn't a way to set up a wallet. No way to buy tokens. Heck, I was able to confirm that the government hasn't even developed any smart contracts or issued any tokens yet!

So why did Maduro say he had raised so much money? Simple: he wants your attention, crypto trader. He knows attention can turn into trust. To get it, he uses several clever psychological tricks that we Venezuelans know all too well.

Notice how I'm not quoting the ridiculous figure Maduro gave? I'm not going to play his anchoring bias game. Don't trust, verify: he offered no proof, and without a reference address on the blockchain where we could track sales, there's no way for us to know, so we can only conclude that he made up the number. It wouldn't be the first time that Maduro makes up numbers to keep in power.

To hijack your trust, Maduro also lied about having met with representatives of the NEM foundation, something that caused a bit of a PR nightmare to the folks behind this blockchain. Then he said he's partnering with Aerotrading, “one of the biggest blockchain companies”. What, you haven't heard of them? Come on, they tweeted for the first time the day after “the launch”, welcoming the petro to its massive ecosystem consisting of exactly 91 lines of HTML.

But Maduro's deceptions don't end there. He expects you to buy each petro for $60, because “that's the price of a barrel of oil”. Except Venezuelan extra-heavy crude isn't worth that much when loaded on a tanker, much less on the ground, and certainly not in Ayacucho 1, the completely undeveloped oil field that Maduro chose for the “backing”.

Wait, wait, wait, the dictator says. He can give you a discount, say 60%, so you feel better about your investment. Let's say you bought one – did you really buy a claim over a barrel of oil? Oh no, you forgot to read the fine print of that backing promise, didn't you? It's BS. Don't take it from me, Vitalik called it first. Read page 14 of the whitepaper closely: Maduro's promise is to accept petros at a rate he himself sets – a barrel of oil's worth minus a discretionary discount that will be at least 10%, but – get this – without an upper bound!

The cons don't end there. Maduro will accept petros at his arbitrary rate and give you back... bolívares. Yes, the currency that you can't buy anywhere in the world except Venezuela, the currency he hyperinflated and keeps printing like there's no tomorrow. While you've been reading this, the bolívar has probably gone down like a few percent. It's the currency that stopped working.

Okay, but you might still wonder if the petro could be good for the people of Venezuela. Won't Venezuelans be able to escape the woes of their currency through the petro's promised fixed supply? No. The initial sale won't be open to bolívar-holders. Venezuela has had exchange controls for 15 years, making access to foreign currency a matter of regime connections – the government decides who gets to exchange money and who doesn't. It's illegal to exchange bolívares for foreign currency outside this corruption scheme, and cryptocurrencies still haven't been legalized – lawyers I've asked think crypto trades could be subject to penalties, extortion, and secret police raids just like the ones faced by miners.

Yes, there's a more expensive black market, and people could still buy bitcoin or ether to participate in the petro sale, but most Venezuelans can't afford to buy food, do you really think they'll be up for this? And for the few that make a sacrifice and buy coin, why not just hodl the bitcoin or ether instead of the Madurocoin that, as we've seen, is so problematic, not to mention sponsored by a pathologic liar?

Wow! Overwhelmed? This was just week one! Maduro has a lot more deceptions in store for you, but it's easy not to fall into his trap – don't buy petro at any price.

If you found this interesting, follow me on Twitter as I chronicle the worst coin ever created. And if you enjoyed my writing, I'm happy to take crypto! DM me to get an address.

P.S. – Some Twitter folks have asked me how they can help save Venezuelan lives. I've spent some time thinking about this, and I'm convinced the best way to do it is to donate to Caritas. They're responsible and accountable. Use this BTC address. 100% of what you put in here belongs to them. For real: the blockchain doesn't lie, and Caritas Venezuela will certify they've received the funds.

Thank you, and do stay tuned for updates!

I've been eager to see the crypto community snub this project so publicly. Thanks for keeping us informed and keep up the good work!

is it possible that this will also lead to more manipulation on the price of the Venezuelan oil, further hurting the people?

It's hard to say, but we can safely assume they'll try to pump and dump their coin multiple times to get the most out of it.

Interesting article thanks for taking the time of writing it. Definitely this petro project seems very shady to me as well.

OH NO, lol the lefties loved venezuela when it was sustainable now it isn't "real" communism, well of course there is no such thing for that eutopia you must eliminate humans from the system

It is great to find such a great post in steemit, thanks.

We are pleased to welcome the #Petro cryptocurrency to the #blockchain ecosystem.

Congratulations @alemacgo, you have decided to take the next big step with your first post! The Steem Network Team wishes you a great time among this awesome community.

Great post! $50 donated to the BTC address for this excellent piece of writing.