'Sacrificial Virgins' - the girls destroyed by the HPV vaccine

Is the next Thalidomide-style scandal about to break? This is how the Immunity Resource Foundation (IRF) has chosen to introduce its new documentary, Sacrificial Virgins, which focuses on the cases of numerous young girls whose lives have been destroyed by the HPV vaccine. (See links below.)

”The HPV vaccine is a treatment in widespread use but its efficacy in preventing cancer is medically unproven, while unintended, adverse reactions are blighting and even ending the lives of girls and young women across the world. However, pharmaceutical manufacturers and many health authorities are refusing to acknowledge there is a problem and the medical community is continuing to offer the vaccine.” (IRF) 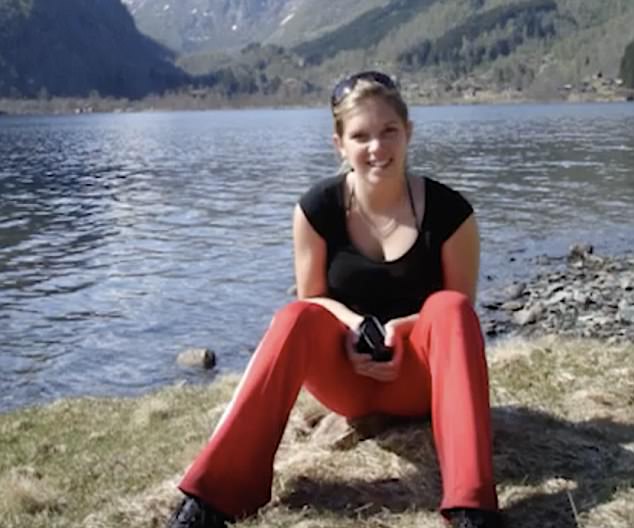 Among the many cases of young girls seriously damaged after the HPV vaccine, the IRF focuses on the story of an Austrian girl, Jasmin Soriat, aged 19. Jasmin was a student from Vienna who suffered neurological symptoms after the second dose of the HPV injection and died in her sleep of respiratory failure three weeks later.
As no cause of death could be established, government pathologist Dr Johan Missliwetz was ordered by the court to perform a second autopsy. He was not able to come up with an explanation, but presented the two suspicions he had - a genetic disorder of the heart or a side-effect of the HPV vaccine. Soon eniugh, Dr. Missliwetz was ordered to stop talking about vaccinations and was forced into early retirement.

'There was a lot of interventions. Many professors called me up and told me I should stop talking about vaccination tests. I've done thousands of autopsies but nobody called me. This was extraordinary.'

This is VERY important. Over here in the US each state can make these vaccines mandatory in order to attend public schools. Thankfully, my state, Oklahoma, has not done so.

As a father of 2 daughters, I am scared to death of this vaccine that was rushed into use with little to no testing or evidence of effectiveness.

Thanks for spreading the word about what is happening in other countries with regards to this! The American media rarely lets us glimpse what is actually happening outside our borders - especially when it comes to big money industries like pharmaceuticals.

At the moment they're trying to introduce mandatory vaccination here, too. As for the HPV vaccine, years ago there was a campaign to vaccinate 10-12 years old schoolgirls and my daughter was in the target group. Like me, many parents refused to offer their girls as guinea-pigs.

Most of the human history we were not vaccinated. We know tha they are usefull, but it's strange why government so eager to vaccinate people, and people start to refuse. They defenately have selfish interest in this.

Modern day Eugenics at its finest! Thanks for the post, lets keep pressing...the public is starting to wake up finally!

It is unbelievably sad what is happening to our children because of vaccines! Thanks for sharing the truth! You brought up several great points in your post.

Is this another HPV vaccine victim whose story that has been silenced?

It certainly looks like it. Thank you for the link.

I live in Nova Scotia Canada where they wanted my 12 year old son to get this vaccine...of course we didn't! This is so scary watching what is happening to these poor girls, and I'm sure boys too. I look forward to watching and sharing this new documentary to raise more awareness.

I remember when I first heard they were promoting it for boys, too...I couldn't believe it.
I was quite impressed by the Thalidomide comparison, as they all knew what it did to babies and still it was years before they pulled it off the market.

Congratulations @ladyrebecca, this post is the tenth most rewarded post (based on pending payouts) in the last 12 hours written by a User account holder (accounts that hold between 0.1 and 1.0 Mega Vests). The total number of posts by User account holders during this period was 1629 and the total pending payments to posts in this category was $2596.47. To see the full list of highest paid posts across all accounts categories, click here.

Instead of good result, it goes terible. My opinion, before they release the vaccine they should test it first until proven 101%

Human health is so much important, specially good women health is sign of good family health.

Well, the calculation is very simple:

Although it seems ethically dubious to do it that way, it is part the normal process for every medicine (and in fact every decision with economic implications).

Think of the radiation treatment for tumor patients. Radiation is quite harmful but it is also harmful for cancer cells. So, you do it as long as it is more likely that the patient survives despite the radiation than the survival rate is without radiation.

The girls (and many others including me for a different vaccine) of course suffer and deserve attention and help. But overall the risk for them was higher without vaccine, it's just that sometimes, the risk becomes relevant.

Of course vaccines need to be improved constantly, but the idea behind it (and that also counts for the one against HPV) is solid.

I thought that was what you were saying.
I cannot agree with you that the idea behind vaccines is solid, maybe you should read some more on the subject.
Vaccines are part of the same money-making machine, just as chemo. You can find on my blog a post on cancer drugs that were proven useless. Giving false hope and terrible side-effects, at a very high price. And I wrote that post because I've witnessed the very drugs mentioned in that study doing nothing but harm.
As for vaccines, there's an incredible amount of documented side-effects and all of the parents would have made the decision not to vaccinate had they been aware of what might happen. But people are not aware of this because the doctors tell them they're safe. Maybe I should write a post someday about the number of doctors in my country that are on the payroll of drug manufacturers. Of course they promote the drugs and vaccines made by those that pay for their 5 stars holidays. Wouldn't you?
Do you really think anybody cares about saving public money through these vaccination campaigns? Nobody in this world gives a damn about public money. It's all about drug manufacturers making more and more money at the expense of us all.

The point with vaccines and other medicine is that they work often enough to justify their usage, even if in some cases they cause damage. There may be hundreds of drugs out there which are completely useless, but there is also the opposite and that's probably much more.

I don't think it is a bad thing that the pharmaceutical industry is profit oriented. It's normal in other areas too and their high risk and their need for highly qualified employees justifies high earnings.

I don't think big pharma earns a lot of money with vaccinations. It's more the opposite. Here is an interesting opinion to that which I share: