Lots of you guys have been asking us when the votes will start. The answer is now!
We re behind our original schedule because we thought of enhancements along the way, we hope you will forgive us for taking some more time to get to this ;)
Finally, we give it to you :

It's here and it started with over 15,000 SP coming from both @stoodkev and @steem-plus accounts.
It gives a maximum $0.86 upvote for now, and we will work on getting more delegations along the way.

How does it work ?

This bot is based on the number of SteemPlus Points (SPP) you have.
Once a day, Steemplus will vote for your newest post of a day. In order to promote engagement on the blockchain, only the posts of the day are upvoted.
Let's see how this works:

To get bigger upvotes, make sure you read our article on how to earn SPP.

Data on our first round of votes

Our first voting round ended up with the following statistics :

We improved the SPP calculation by doing the following :

Future developement for this bot

As our SP increases and votes start representing more than a few cents, we will start factoring the quality in our votes :

Apologies for the old duplicate commits, I must have been drunk ;p

How to test this code? 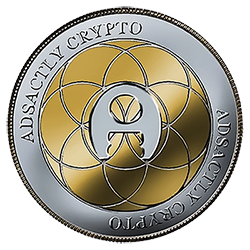 Thanks for the contribution, @steem-plus! Seems like a cool idea to reward / incentivise people to use SteemPlus.

I don't know if I asked this before, but is there a reason you guys still use var as well as let and const?

Thank you for your review, @amosbastian!

So far this week you've reviewed 2 contributions. Keep up the good work!

Is this vote bot only for big SP accounts? I remember seeing somewhere above 15K SP?? If that's the case, is there any plans to extend it to us little guys? or do I have my wires crossed.

Nop it votes for SteemPlus users proportionally to their SPP (SteemPlus Points) stakes.
Your Steem Power has nothing to do with it. For example, @mmunited is one the biggest SPP holders and will receive big votes, although he has only 327.730 Steem Power.
15k SP is what I ve delegated to the bot to make the votes interesting.

That's excellent, not sure where i got that from, probably misread the post. Thanks for the response @stoodkev.

P.s. is 96 points good? What sort of upvote would that be?

It depends on the pool of users who are getting a vote that day.
I think today you would have had a 10% vote with this.
Top holders have above 1,000 SPP.

Thanks for that info. I gave you a shout out in my new ulog post. Its about 3/4 of the way through.

Is that possible to estimate the coming vote I will have for SPP? since I don't know the total SPP in the market, thanks!

It doesn't depend on the total amount of spp but rather the sum of spp of the accounts that posted since last vote, so you might have a bigger upvote if fewer people post.

so the calculation is in a comparative based and is hard to guess/estimate how much the votes be since I won't know how many people was posting, over. Thanks tho!

Thank you for using @sleepagent bid bot serves.
This post has received a 33 % upvote from @sleepagent.

Just today I have received my very first @steem-plus upvote. Got pleasantly surprised! Thanks for bringing the support for the supporters!

Artakush runs back to the bush...

That s the magic of this blockchain! It s by supporting each other that we can grow!

Could not agree more. Ain't that something Dan L. always talked about? Free Volunteer Autonomous Communities!

That is great news @steem-plus @stoodkev and @cedricguillas!!! I recognized already the first vote from you and I am super stoked about it! Thank you so much, you guys do a great job! And it seems it already pays off spreading the info about your service! My good friend and fellow Steemian / Dtuber @ivansnz talked in his video yesterday about you! Best greetings from barcelona

Glad you like it! Our next step will be increasing our Voting Power through delegations and work on some quality control if our vote gets big enough.
I ll check your friend s video.
Cheers ;)

Thanks! Read the comments ;-) he mentioned where he got the information in the first place. :D

Got my first upvote yesterday and I appreciate it :) This is a great program here on Steemit, great job!

SteemMonsters on SteemPlus
Monetize your delegations to @steem-plus
Premium Features

I like above two. I don't know about Premium Features but I will wait for it.

Thanks for your upvote.

Will it be possible or is it currently possible to delegate SP to @steem-plus as a way of aquiring SPP (or some other form of payment such as SBD)?

I really enjoy the tools and features that @steem-plus provides here on Steemit so I would be interested in doing something like that at some point.

Yes, expect both delegation and purchases in the coming weeks =)
You can already start delegating now, and we will add retroactively your points when the feature is ready.

Excellent, thanks for the info!

Good news for those who hold huge SPP. Thanks for adding this feature.

This is so cool, thanks for the upvote on my post! Being able to gain more spp by delegation is another plus, I am going to do that now.

Thanks for your delegation!
Your points will be added when the feature is ready, you will have the choice between :

Omg, this just keeps getting better! Thanks for letting me know!

I have a question: with the new rules that came with HF20, how is in way is it beneficial to boost posts with Minnowbooster for example? I mean, the value of the upvotes that are cast before the 15th minute, go straight back to the rewards pool...

Please read this article from steemitblog.

In order to eliminate this advantage, the portion of curation rewards that is not given to the curators due to the early voting penalty will be returned to the rewards pool instead of being awarded to the author, thereby increasing the overall percentage of rewards paid to curators. This will better serve the original mission of the curation rewards budget: to ensure that the Steem blockchain distributes rewards to the most valuable content.

Only the part of curation that used to go back to the author goes to the reward pool. And it s not everything before 15th minutes, it increases linearly.

Let me check it out. I better start collecting SPP

That's great! Now we can use SteemPlus and get SPP. Later, we will get upvote from the bot. Now I have to earn SPP. Thank you so much @steem-plus for taking this initiative.

I can confirm that information and also I have received my first upvote from @steem-plus :D THX!

That's something fun to use Steemit, it's been quite a long time I didn't see the improvement for Steemit. In compare with busy.org, Steempeak, dlike or esteem, Partiko, after I use the "BOOST" function, it's quite beyond my experiences and blow me up a bit!! I was using SteemPlus before in Chrome and found it handicap, HOWEVER, it's totally changed my thoughts now. 100% upvoted!!! Good to see the very great enhancement.

Hello, tell me please are you adding steemmonsters tab to steemit ? I was suprised by seeing this on my profile :

It's good that we can turn that off.

You just got a 100% upvote from SteemPlus!
To get higher upvotes, earn more SteemPlus Points (SPP). On your Steemit wallet, check your SPP balance and click on "How to earn SPP?" to find out all the ways to earn.
If you're not using SteemPlus yet, please check our last posts in here to see the many ways in which SteemPlus can improve your Steem experience on Steemit and Busy.

Lol, I ll take this occasion to say that @steem-plus and myself earn SPP just like you all and we are not favored in any way by the bot.