Translation of LWT - Live without Tobacco from English to Chinese Traditional (1,088 words translated)

Today, I have put my effort into the translation of the project "LWT - Live without Tobacco" from English to Chinese Traditional.

I have completed 1,088 words of translation and suggested 174 translations in total into Chinese Traditional. 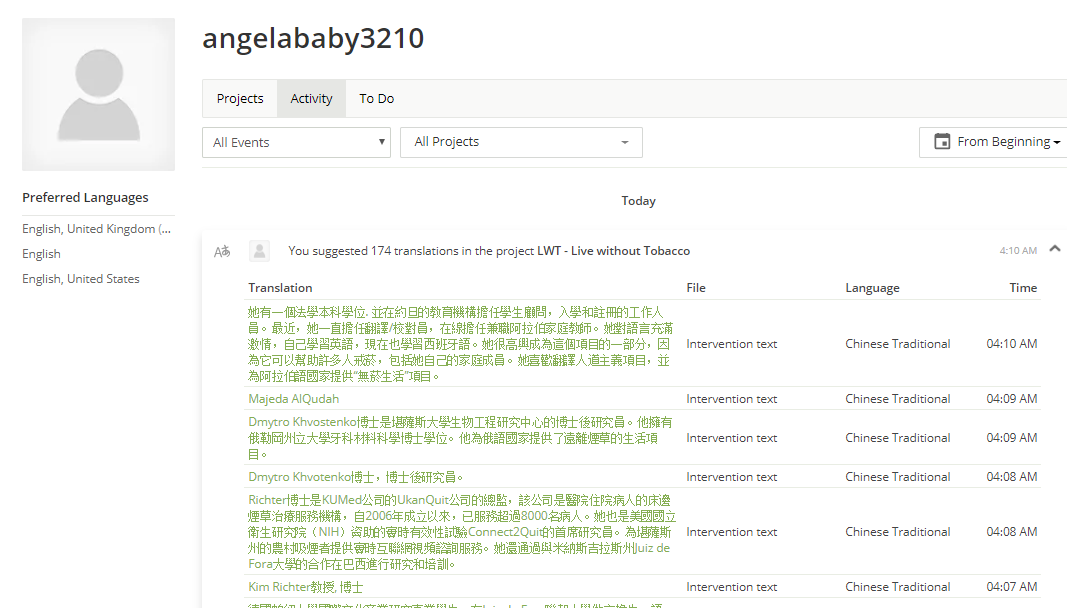 For example,
She has a B.A. in Law, and worked in educational institutions in Jordan as a Student Counselor, and Admission and Registration Officer. Recently she has been working as a translator/proofreader and as a part-time Arabic tutor online. She's passionate about languages and learned English on her own, and now learning Spanish as well. She was happy to be part of this project because it could help many people quit smoking including her own family members. She enjoys translating humanitarian projects and she made Live Without Tobacco available for Arabic speaking countries.

Here is the link to my work of translation: https://crowdin.com/project/livewithouttobacco/zh-TW#

Hey @angelababy I am @utopian-io. I have just upvoted you!