Bitcoin Continues to Outperform Tokens and Cryptocurrencies Amid Recovery 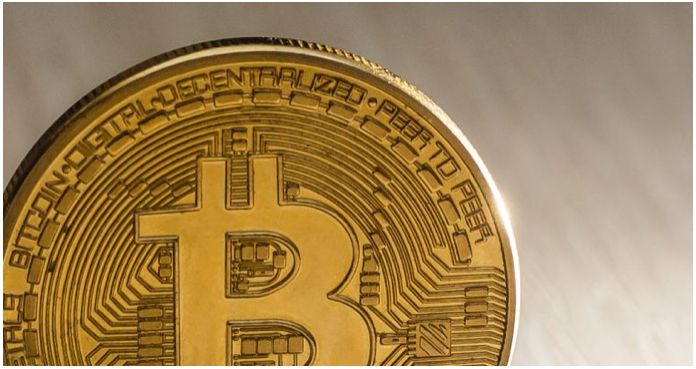 While the vast majority of tokens and cryptocurrencies in the global market fell by around 10 percent overnight, bitcoin has sustained its momentum in the $11,000 region, with strong volumes. Bitcoin Records Monthly High Dominance
Over the past 24 hours, bitcoin, like many other cryptocurrencies in the market, was highly volatile. The price of bitcoin reached $11,950 at its daily peak and declined down to $10,900, by more than $1,000, as the cryptocurrency market dropped by over $20 billion. Bitcoin has since rebounded back to $11,200, sustaining its short-term momentum. 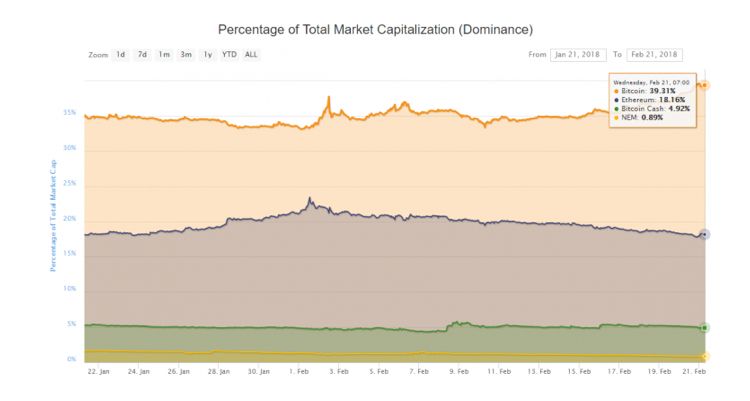 In January, the price of bitcoin dropped to the $6,000 region, after achieving an all-time high at $19,000. Within a month, the price of bitcoin nearly doubled, as it climbed up to $11,200 relatively quickly, when many analysts expected a bear market to emerge and last for many months before a major recovery.

With major cryptocurrency exchanges such as Coinbase and Bitfinex adopting SegWit, analysts remain optimistic in the scalability of the Bitcoin network, and that may fuel the price growth of bitcoin as well in the upcoming weeks. SegWit adoption rate remains below 14 percent at the time of writing, and Coinbase’s integration of SegWit could lead to a massive spike in the adoption of SegWit.

Ethereum and Tokens
Against bitcoin, Ethereum and ERC20 tokens have performed poorly in the past week, and as bitcoin continues to build momentum, it is likely that Ethereum and tokens based on the Ethereum network will continue to fall against bitcoin in the short-term.

Still, Ethereum has performed better against bitcoin than other major cryptocurrencies such as Ripple, Bitcoin Cash, Litecoin, and Cardano, which have all recorded 6 to 10 percent losses against the most dominance cryptocurrency in the market.

If Ether can recover to the $1,000 mark in the next few days, given that it has followed the price trend of bitcoin since January, it will establish a strong ground for mid-term price growth. However, if it continues to fall behind bitcoin along with the rest of the market, Ether could have a difficult time matching price growth rate of bitcoin in the short-term.