Why I saw Bill Gates as the savior of humanity before I joined the Lions.

Like many kids at my school in India in the early 2000s Bill Gates was the man who I revered. And, God knows how I wanted to get qualified enough to move to the USA someday and , maybe, work for his company and realize the American dream by climbing up the ladder of success ( reality is I was never able to even make it to a college . I am not good at studies). But, those were the days when we would hear stories of how some of our friend’s brothers at the school got jobs as engineers in America and were living exciting lives and realizing their American Dreams.

Then, I came to know that Bill Gates was actually coming to some of the tribal areas in Bihar – the state of India where I come from, in the year 2010. We were told he was to adopt some of those places to improve the socio-economic conditions and most importantly to improve health related conditions of the people. Vaccination of children was one of the most important parts of their program. He was going to do that through some NGOs. 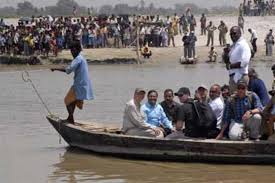 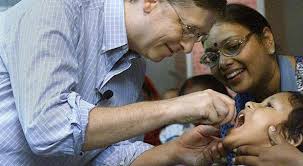 So, my respect and reverence for him grew even bigger. Until, I was exposed to the alternative media I did not know what this was all about. And, now I regard him as an agent of “SATAN”. I would tell you why in my next post.

It's hard to see your heroes fall, but it's good to see them fall, if they don't deserve to be heroes.

I kind of messed up my tag. I did not know what I was thinking and typed "upvote" as my tag.

I think you can change the tags?

Im interested in what you found out that destroyed your idol.

I think the first tag is unable to be changed.

Maybe you could take this post down and/or re-post it?

There are still three unused spots for tags anyway.

I will do that thanks for the suggestion.

Congratulations @pranavsinha! You have completed some achievement on Steemit and have been rewarded with new badge(s) :