First of all let me begin by a little introduction of myself i am mr David Kamau Karuah of which Karuah is my surname i just like that name since i want to take our family spirit to greater heights since to me family matters alot,Perhaps i was born in Kenya in the Northern Region eventhough my parents come from the Central Region and like any other normal child i was really given proper upbringing.I don't have a picture to portray myself before i joined Steemit but i can say my life was really horrible.

But my proper upbringing turn out to be my predicament latter on in my life because eventhough i really look like someone full of social life skills,courage and a higher self esteemed in the above photo this was not in real sense at all but instead it was vice verse or the other way round as i may say.But i do think i do blem it on my upbringing which cause all this harm to me anyway because everything has its own disadvantage and advantage.

My parents would not let me lose at all instead they wanted me to keep around them all the time and believe me my reader this turn out to be my dilemma in my life because this continued untill i finish my primary education as well as my secondary education and as a result i ended up not having any social life skills to help me interact with the outside world on mama earth.

This come to change a bit when i joined the university to pursue my higher education,so now i had decided that i would like to study in Uganda since i did my A-level in Uganda even though i am a Kenyan but all in all this two countries border each other in East Africa hopefully my parents agreed and i decided to enroll at Uganda Christian University to study Information Technology and since as we all know the environment at the University is a people interacting kinder environment trust me there was light at the end of the tunnel to some extent.

It appeared now i was in a new environment and moreover in a foreign land and this really forced me to socialize with people and as a result i ended up having so many friends around campus and also been popular, not to forget something else immediately after high school i was an internet enthusiast and to mention it was the reign of facebook era so i also decide to sign up as to go by the ways of the majority also i did the same to Instagram,twitter and whatsapp after acquiring my smartphone.But this sites keep me away from people since i would spend most of my time on them and i wasn't getting any rewards or benefit in return.

My Transformation After Joining Steemit

This come to be in the mid of August this year when i met with mr Jarau Moses now as @jaraumoses on Steemit through socializing and networking with other people at campus,as per then mr Jarau Moses was working as a computer lab technician in one of the computer labs.It was through him that i got to know of this great platform called Steemit after a few chat with mr Jarau i decided to sign up immediately because i knew it was going to be fun been an information technology student and a technology enthusiast. 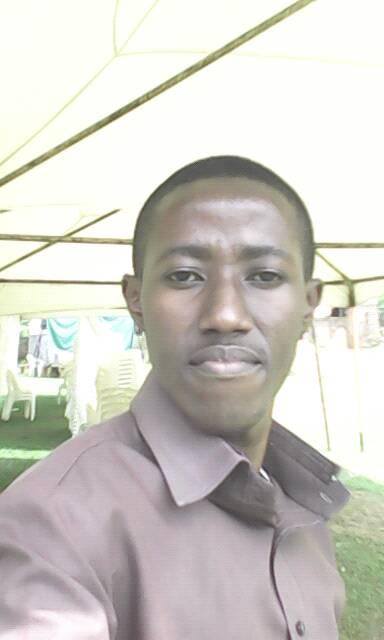 This is the new me after joining Steemit.

Indeed i must agree that Steemit is an incredible social media site with nearly two months old i have seen a difference in it since it is an enabling environment were reputable minds do mine with their minds inorder to create content that will transpire and inspire the rest of the community in a dynamic way because everyone has something to offer on this site as told by @surpassinggoogle.

As for me personally i have ever wanted a platform where by my views and opinions on different topics about life will be appreciated in return because i have used my conscious mind to come up with them after mining with my mind through my effort since Steemit is a trainer of this useful skill that you will not get it from any other school this is what i have realize of latterly,perhaps now i am not wasting my time online but instead i am investing it resourcefully also when i happened to meet with any of my friends or when i happened to know someone for the very first time i will not hesitate to pull the trigger and let him or her know of steemit and indeed this has really transform my social life by impacting new skills in me.

Something else Steemit has given me an opportunity to have many friends across the world that i can socialize with them while sharing my weakness and strength and as a result we end up encouraging one another,Not to forget that Steemit as also provided that ground of me been an author within myself plus i am also earning a living through this site since i come to know about crytocurrency though Steemit perhaps guys Steemit is the way to go by because this is the site that will bring a transformation within the social media trend in the near future.

Lastly i want to take this opportunity to thank the creators and developers @ned and team for coming up with this great platform called Steemit and @surpassinggoogle for coming up with #Untalented 2 Contest an opportunity of proving that indeed everyone has something to offer and perhaps he or she is a winner since there are no losers at all.

The above photos is my own original creation taken by my own digital camera.

Thank you @surpassinggoogle once again for this opportunity.

Another wonderful success story in @surpassinggoogle #untalented steemit family contest....
Thank you so much for sharing your story with us...
Upvoted for your story...
Cheers~~~

Thank you @dinisanda for your time and upvote i do appreaciate very much.

Yea indeed @surpassinggoogle for his attention,thank you man for passing by.

This post received a 10% vote by @msp-africa courtesy of @surpassinggoogle from the Minnow Support Project ( @minnowsupport ). Join us in Discord.

Hi @msp -africa indeed thank yuo for your time and upvote i do appreaciate very much.

Thank you very much @steemitph for showing me some love indeed i am gratefull followed.