Hi friends, after my article on Area 51, logically, here is another one on the Roswell affair.

I thought Roswell was the name we gave to the alien found after the UFO crash but no, it's actually the name of a small American town in New Mexico. 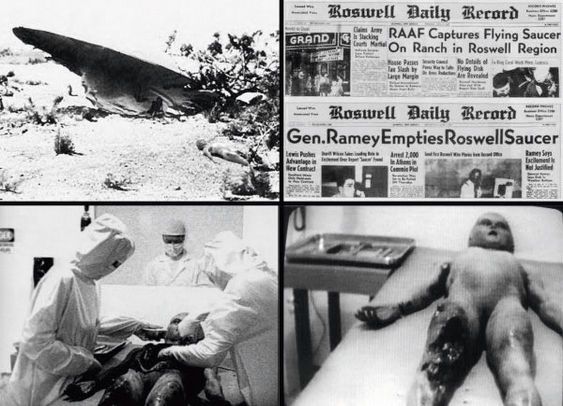 On July 4, 1947, Independence Day in the United States, a UFO fell from the sky.
The debris was collected and kept at a military base.

William Brazel, a rancher near Roswell, heard that night a loud bang that sounded like the sound of an explosion and saw a powerful flash in the sky.
The next day, he went to fetch his lost sheep and fell on debris from a flying aircraft. He warned the county sheriff, who in turn contacted an air force base in the outskirts of the city.

After analyzing the situation, Colonel William Blanchard ordered an advertisement in the local press that a flying disc had been found and transported to the base.

A few days later, the US military rectified this announcement: Brigadier General Ramey said it was a remnant of a balloon.
If it had happened nowadays with smartphones and selfies, we would have probably had beautiful pictures to confirm the words of William Brazel.

In the late 1970s, an interview with retired Lieutenant-Colonel Jesse Marcel, who had served at Roswell Air Force Base, was published. In this interview, Marcel declares that the debris found did not belong to a balloon but to an unidentified flying object of extraterrestrial origin. Journalists quickly found witnesses to the incident who said they saw not only the flying saucer but also bodies of extraterrestrials who died in the crash!

However, experts who do not agree with this UFO and alien story explain that in fact it was a balloon that fell near Rosweel in 1947 and the military rushed to hide the debris, given the ultra-secret nature of the project. There were also manikins installed on this balloon, equipped with sensors to record the level of radiation and the power of the shock wave following the explosion of an atomic bomb. These are the models that the witnesses could have taken for extraterrestrials.

In 1995, British producer Ray Santilli presented excerpts from a film showing the autopsy of an alien after the crash in Roswell. The specialists said it was a fake because of the various inconsistencies noticed during the operation. As for the body of the extraterrestrial, it was only a molding.

Supporters of conspiracy theory say that an alien vessel crashed well on Roswell's side, that the passengers, some of whom may still be alive, had been recovered, and that all the information about the incident had been concealed. Due to the many testimonials supporting the extraterrestrial assumption in Roswell, the alleged crushing and recovery of a UFO has since evolved into a hyper-mediated popular culture phenomenon. Roswell has become one of the most famous supposed manifestations of aliens. They even made a series. It is somehow thanks to this event that all the films with the theme UFOs, aliens and space in general have been successful (Star Wars, ...)

Unfortunately, ufology is made up of people who are willing to take advantage of the credulity of others, especially among the people who can make money. The UFO myth in Roswell brought a lot of money to ufologist groups, advertisers, Hollywood, the city of Roswell, the media, ...

So, unless you see it with your own eyes, I do not think we'll know one day if all this is true or not ... Certainly the explanation of the experts is relatively well designed and we can easily believe it but we also know full well that the military hides many things under the guise of the defense secret.

With all the testimonies and images that we can see or hear about extraterrestrial life, I keep a suspicion of doubt and I think that it could exist, why not?

We can not say it's impossible since we explored a tiny piece of space. Even on our own land, we have not yet explored everything and we still discover from time to time new places and new living animal species. Time will tell…

I've already watched a bunch of shows and dvd's about it, but, well, a lot of theories, I think we'll never know the truth or the most important details. All governments hide things from citizens :) This is a fascinating subject. Thank you. Voted, resteemed :) 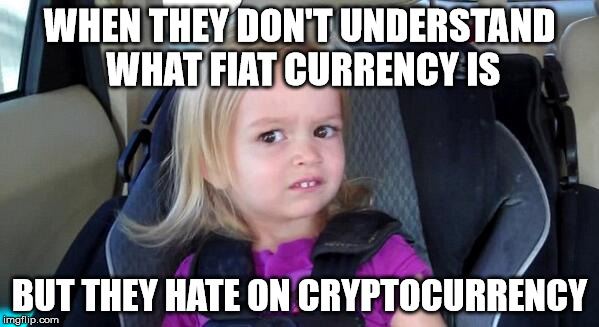 In 1949, Variety Magazine writer Frank Scully wrote a harsh essay suggesting that the fact of living in Roswell was deliberately destroyed by the state. The following year, Scully brought the house back to the agenda and stated that he had been told for a long time by a Texan oiler who had witnessed the details, and even there were 1890-style clothes on earthly dead creatures. Two witnesses, Silas Newton and Leo GeBauer, who appeared in the same year, confirmed the claim and were GeBauer magnetic field physicist. The government was still silent and no explanation was given.. @lndesta120282

In 1949, Variety Magazine writer Frank Scully wrote a harsh essay suggesting that the fact of living in Roswell was deliberately destroyed by the state. The following year, Scully brought the house back to the agenda and stated that he had been told for a long time by a Texan oiler who had witnessed the details, and even there were 1890-style clothes on earthly dead creatures. Two witnesses, Silas Newton and Leo GeBauer, who appeared in the same year, confirmed the claim and were GeBauer magnetic field physicist. The government was still silent and no

Thank you for this. What a nice treat. Hope you enjoy your weekend. @lndesta120282

thank you for sharing the information i enjoyed it

thank you for sharing the story, I just know that there used to be a story like that, I like your blog

Hi buddy ...interesting got fun from your superb stuff

It is no longer arguable that UFO and extraterresial beings are so real.With numerous testimonies,it can no longer be denied.Who knows whatever these guys want with us???

_____ When the mystery of those pictures and stories
1970s, it was a difficult year for all of us to spread some book about it.
And putting you to the topic here is great and he answers attention ___

Well whatever the case, there are alien or supernatural beings alway roaming the earth. I believe they must have been stocked.

I want to believe you didn't just copy and paste this post and made $230 for doing so.

I personally know the people who claimed that they saw with their own eyes at night things that looked very much like a flying saucer ... and there are so many people in all corners of the globe ... Just in zone 51 all attention is concentrated and it can be called American information property :)
in fact, there are a lot of abnormal zones in the world that deserve the attention of real scientists, not theorists

Congratulations, your post received one of the top 10 most powerful upvotes in the last 12 hours. You received an upvote from @glitterfart valued at 244.15 SBD, based on the pending payout at the time the data was extracted.