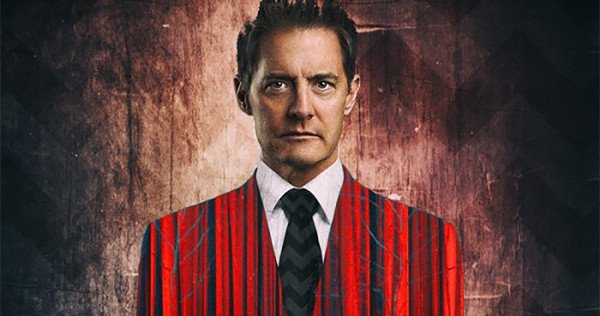 In this movie review, I try to decipher the content of the mysterious series and provide solutions for a better understanding. The third season is full of new puzzling, confusing and psychedelic elements that maybe not everyone understands. For this reason, the entire plot in the following lines will not be only a review, but also an explanation and clarification of the events...

Twenty-six years ago, FBI agent Cooper was on the hunt for the murderer of Laura Palmer in two seasons. Over time, he had to admit to himself that things were not going rational. Thus, the unexplained case turned into a turbulent odyssey of a demon capable of jumping from body to body and performing unidentified murders. Apparently, the first atomic bomb test in the '40s had torn a crack in the negative world of our Earth and freed some demons or not benevolent beings. This crowd is led by Bob, who heartlessly and brutally treats his fellow men. Cooper can unmask Bob at the end of season two, but how do you catch a spirit on which you can not bind with handcuffs?

As the probably most legendary cliffhanger of the entire series history, Cooper was then even possessed by this demon called Bob and the squadron ended exactly at this point. Now, after a quarter of a century, the third season has come and is trying to systematically clear up the many mysterious events and to turn events back, hoping to offer a happy ending and an enlightenment.

The third season depicts the good-hearted agent trying to find a way out of a mystical and confusing dimension back into his everyday world, though Bob has kidnapped his body and is gradually building up a very different reality than Cooper's. In eighteen episodes of season 3 you can now follow Cooper's attempts and be thrown into a maze of mystical scenes that are very hard to understand if you have not watched the first seasons.

At any rate, Cooper's two fake versions of himself exist as long as he is trapped in the other world. One of the versions was overtaken by the demon Bob, while the other represents a mentally handicapped family man named Douggy. When Cooper manages to escape the other world, he gets tricked, he ends up in Douggy and can only express himself in a limited way.

With retrospectives, parallel storylines, and some time travel, Cooper finally manages to return to his everyday life, but he must recognize that even his usual self is just a projection of a dreamer who is currently dreaming his life. Unfortunately, he had completely forgotten this fact and always just believed he was the real self. Therefore, Cooper desperately wants to return to his true self and says goodbye to all his friends in Twin Peaks, to get on the track for his true dreaming self as soon as possible.

However, Cooper must also realize that his secretary Diane was obsessed by a demon and only a doppelganger of her walked on Earth to cause enough confusion, so that the case remains veiled. So Cooper decides to take Diane to the level of the dreaming self, so that she will return to who she really is. He also had to promise the father of Laura Palmer to bring her back to Twin Peaks. This request suggests that the slain Laura was probably only a fake version. In general, it remains unclear how many fake versions since the atomic bomb test are walking on Earth.

Arrived on the dreamer side, Diane and Cooper must realize that they live there as a couple with the names Linda and Richard and have no significant relationship to each other. Their paths separate quickly, because Cooper was able to maintain his memories through the deliberate change in the dream world and then goes alone in search for Laura.

When he finally finds her, it turns out that Laura also lost her memories, but he still brings her back to Twin Peaks. Arrived at her birthplace, the owners of the house do not seem to be the ones Cooper had expected. Obviously, he was tricked again, because he was now in the future. Here ends the 3rd season, as Cooper asks the fateful question: "Which year is right now...?"

In any case, David Lynch, director of the seasons, again proves a very successful movie work, even if his surreal-artistic work seems tiring at times. Because occasionally, the scenes are quite lengthy, that they almost irritate, but then again he comes up with psychedelic images that compensate the viewer. The mills of the law, and Lynch's movie role, are slow to grind, but they are a cinematic tactic to bring in phases of dissociation and tries to trick the mind with its prejudices and too-quick conclusions. In fact, Lynch uses psychological and even spiritual tricks to move the audience to question his own personality with his symbolically portrayed scenes. People with mental instability will probably not be advised to watch this series, as occasionally the impulses he has staged could bring changes in one's own consciousness or at least convey a lot of creepy goose bumps.

The development of the series suggests that the "Evil" from the other world has taken over the USA in part, mainly by the help of atomic bomb tests and in the form of projected doppelgangers. Thus, the third season presents itself as a disguised social, political and critical message to the USA and their government. Through Lynch's experiences with "Transcendental Meditation" and the works of Carlos Castaneda, there are many links that only insiders may understand. For example, Castaneda believed in the existence of a demon that reflectes the man's mind and named it Bob. Transcendental Meditation, on the other hand, has conspicuous references to cognitive dissociation or Castanedas "Stopping the World".

So, if you ever come to Twin Peaks, it's good to run for life as soon as you're asked for fire.