The Hazing of Cody- The 24 Hour Short Story Challenge

puppetmaster1111 (42)in #twentyfourhourshortstory • 4 years ago (edited) 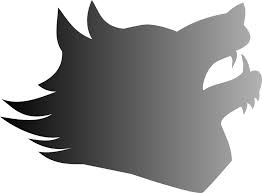 The anticipation was growing in the pack as it did every month.The run was coming and the pack was getting hungry again.

Cody was sitting in the corner of his den. He had just turned eighteen and even though he knew the rules, they never really mattered before now. NOW, they affected HIM!

Every month a new adult male wolf is selected for the run. A male wolf is considered to be an adult once he reaches the age of eighteen, just like their human counterparts.

The problem was that Cody was different than the other wolves. He wasn’t as ferocious as those other savages! Sure, they all had to eat, but other than that he had a heart of gold; He could never harm anyone! He had taken part in eating local villagers, but that was only after one of the other wolves had killed it and brought it back to share! He would never do the killing, it was beneath him!

They had been teasing him his whole life! They could sense his tepidness, and it made him look weak!

As he lay there, curled up with his head propped on his tail, he let out a whimper. His mother, who was busy nursing her three new pups, looked up at Cody and saw the sadness he displayed. She was worried for him too.

“Cody, there’s nothing you can do except what is expected of you,” she said. “It is our tradition, you know this.”

“Mother,” said Cody, “I am afraid. I am afraid I will not do well in the run”

“Did you at least read the handbook, Cody?” asked his Mother.

His Mother growled at him as if to say “watch that mouth!”

“Well son, maybe they’ll pick someone else in the pebble-pick,” she said, trying to console him.

Cody was not reassured by that idea. The pebble-pick was used when there was more than one male adult to choose from in any given month. This month, there was only one other choice, so his odds were not very good.

“Well Mother,” said Cody, “I suppose we will know soon enough! You know there is only one other wolf this month!”

His mother sighed, “no Son, I did not know that.”

The following day, all of the wolves gathered around the old stump. This would be the day they chose the “winner” with the pebble-pick. They all wanted to see who would be in this month’s run.

The pack leader was of course Cody’s Father. He had never been pleased with Cody. He, like the rest of the pack, looked down on Cody for being weak.

Cody was not happy to be here today. He stood at the rear of the pack, trying to be invisible.

Cody’s father stood on the old stump and spoke to his pack, “we are gathered here today, to select the winner for this month’s run.”

“Everyone shall now vote!” said the pack leader. “Pick your pebbles, and pick your winner!”

One by one, each of the wolves in the pack, took a small stone from the ground into their mouths, and walked forward to drop their stone in front of the wolf of their choice. It was a unanimous decision. Every single wolf voted for Cody.

Cody stood there with a small pile of stones in front of him and looked out at the pack, until his eyes met his Mother’s. His Mother dropped her head and slowly turned and walked away, back to their den.

His Father made his official announcement, “the winner has been chosen, Cody will be this month’s contestant for the run.”

The wolves all growled with delight, and slowly dispersed until there were none left, except for Cody, still standing by the stump, alone.

He could try to run away, but they would find him. He must go through with it. If there was only one thing in his life he could try to make his Father proud of, it would have to be this. So, Cody at that moment, accepted his fate.

As he slowly made his way back to the den, he met his Father at the mouth of the cave, who was there waiting for him. “Cody, this could be your chance to truly prove yourself” his Father said.

Then his Father pushed the handbook toward him, “make sure you read it!” he said sternly, and slowly walked away.

Cody knew he only had two days before the run, so he had two days to read that handbook. He already knew what was inside of it! That’s all the young wolves ever talked about! Hell, that’s all the entire pack ever talks about! It was part of their heritage, part of their entire existence! He picked it up in his mouth, wandered out into the grass, and began to read it anyway. Perhaps there would be something in it that would give him an ‘edge’ for this run he had been chosen for.

He pawed through the pages, skimming over the subjects he was already familiar with. In a nutshell, the monthly run was the packs way of celebrating the “Rite of Passage” of their young males. It had been a tradition for hundreds of years. Although Cody wasn’t necessarily a traditional type of wolf, he recognized that it was, after all, in his blood. The results of the run could only go one of two ways: He would either survive, or he would not survive. There were no in-betweens, no pardons, no exceptions.

Cody was not feeling encouraged after going through the handbook. He took a short nap in the tall blades of grass, and as dusk arrived, he made his way back to the safe confines of his den. He felt the need to spend the days leading up to the run with his Mother, and even those annoying little pups!

“Time truly does fly when there is something like this looming about,” thought Cody.

It seemed as if time had sped up, and that meant it was time for Cody to finally face his fears. He stepped outside of his den after spending the past two days in the warm darkness of his safe-space, cuddling alongside his Mother, playing with his baby sisters and brother. It had been an intimate time that he would cherish. Perhaps, he would be lucky enough to be able to return there, once this was all over.

As Cody stepped outside into the bright daylight, he observed all of the male wolves, wrestling and tossing each other about. Play-fighting and rough-housing in anticipation of the run that would begin later that night. They didn’t even bother to look up at him as he exited his den; It was almost as if they were trying to distance themselves from any association they had with their target! Cody was used to being ignored by them, other than the ridicule and taunting he had gotten from them most of his life. It would be a full moon very soon. Cody couldn’t worry about anything except the task at hand.

When dusk arrived late that afternoon, Cody said goodbye to his Mother, and began the trek to ‘Transformation Peak.’ It would take him a couple of hours to reach the apex of the peak, where he would then wait for his transformation to begin.

The mountain peak was a sacred place, only to be used for the ritual of transformation during their monthly runs. The former survivors that had come back and told their stories of Transformation Peak, all seemed to try and embellish its power; Telling late night stories of visions and other supernatural events. Cody chuckled under his panting breath, he never believed any of them!

Soon Cody was at the top of the mountain, and the last glimmer of sunlight had disappeared below the horizon. As the darkness came, the clouds levitated above, hiding the waxing moon behind them.

Cody began to take deep breaths in preparation; The handbook had suggested it as a way to make the shapeshifting occur more easily. He knew it would be painful, but only for a few moments.

The clouds began to part, as if they were curtains in a theater, opening to reveal the magic that was about to happen behind them. The moon had reached its fullness. The brightly lit satellite was a signal for Cody, that the time had finally come!

He continued taking his breath in, and then out, in, and then out. He felt his spine tingle, and then his hind quarters began to crackle. He looked at his paws, and they started to grow out until they were clearly turning to fingers! He put his paws, now hands, to his face, and noticed all of the fur was gone. It didn’t hurt as much as he had been told, although it was extremely uncomfortable.

He looked up at the full moon, and tried to howl as loud as he could, but it wasn’t a howl, it was the scream of a man! His transformation appeared to be complete! He had successfully shapeshifted into a human, a man!

He stood for a moment, looking down at his naked body, the body that had always been inside of him, but he did not know this side of himself! His skin was so pale, glowing in the bright moonlight, his body so thin. He ran his hands over his hairless face, down his neck, and over his chest. He was in awe by his form.

Suddenly, off in the distance, he heard them! The males from the pack had begun their hunt! Cody had to run NOW!

He started to run, but fell, tumbling downhill! He was not used to only having two legs! He jumped up as quickly as possible and tried to run again. Soon he was able to create a rhythm with his legs, and he ran trying to escape the wolves that were tracking him.

The pack of wolves could smell the fresh human flesh, and they became even more ravenous! They were very close; Close enough to smell his fear!

Cody had thought if he were able to find the tallest tree and use his human hands and legs to climb as high as he could, he would be able to escape the hungry pack until the moon waned once again. He ran until he found a thicket of tall trees and began to climb the first tree he came to.

The pack was closing in! He could hear the pattering of their paws, and the panting of their breath! He heard growling below him, but he did not look down, he just kept climbing as high as he could. He climbed out on a heavy branch and paused.

The pack circled below the tree, growling, howling, gnashing their fangs!

All at once the tree branch Cody was sitting on snapped! Cody tumbled down out of the tree and hit the ground!

In an instant the pack ripped the man to pieces! Gorging and feasting on the fresh pink flesh and warm blood! All that was left behind, was his heart.

The pack, as part of their tradition, took the heart of Cody back to his den, and presented it to his Mother.

"Cody may have failed the challenge," she thought...

But her pups were given a special treat that night; Their first taste of human blood, and Cody would be a part of them forever!