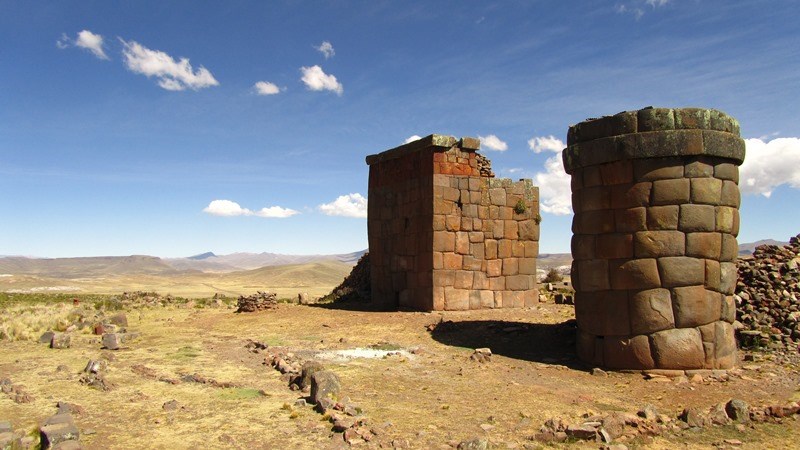 Cutimbo is a tiny settlement some 30 km from Puno, in the Peruvian Altiplano

Cutimbo funerary towers archaelolgical Cutimbo, these are Pre-Inca , prehistoric ruins in Cutimbo near Puno, lake Titicaca. With animal carvings similar to those at Gobekli Tepe, which is around 11 to 13 thousand years old. These towers/funnels have no known use and no known construction date. They are constructed by using basalt stone. There is no quarry around also there are no local references about the origin of the construction material.
The site is not visited by many people and it's dwarfed by much larger areas around the lake Titicaca.

There is very little agriculture in the area. So the question is was the climate in the time of the construction different , because you need some level of sophistication of some level to construct these large towers.

One tower faces to the east to the sunrise. Maybe that can be the clue to answer some question about the origin of these towers.