Taos, New Mexico, the Land of Wonder, Magic, and Legend

A few hours south of Denver lies a land of wonder and enchantment, a place full of art, culture, and history. Following the serpentine interstate that winds first through Colorado Springs then Walsenberg, one finds him or herself witness to the gradual deterioration of city and to the ascendancy of nature, more specifically the mountains and the New Mexico desert. Along the way it feels as if the towns and their buildings tip their hats to the surrounding landscape to pay respect to its grandeur and ever-changing climate. Weathered is certainly the best word to describe these towns: weathered, tired, and forgotten. Once you cross into New Mexico and get closer to Taos, things start to come back to life. Color in deep hues fills the sky and details the architecture, adobes that are distinctly unique to much of anything you see in Colorado. These distinct adobe homes abound New Mexico and are descendants of the structures that were built around a thousand years ago by the Puebloan people. The Taos Pueblo is evidence of these early settlers’ influence on modern style, culture, and architecture, it is a UNESCO world heritage site, and it is worthy of attention, reverence, and credit. 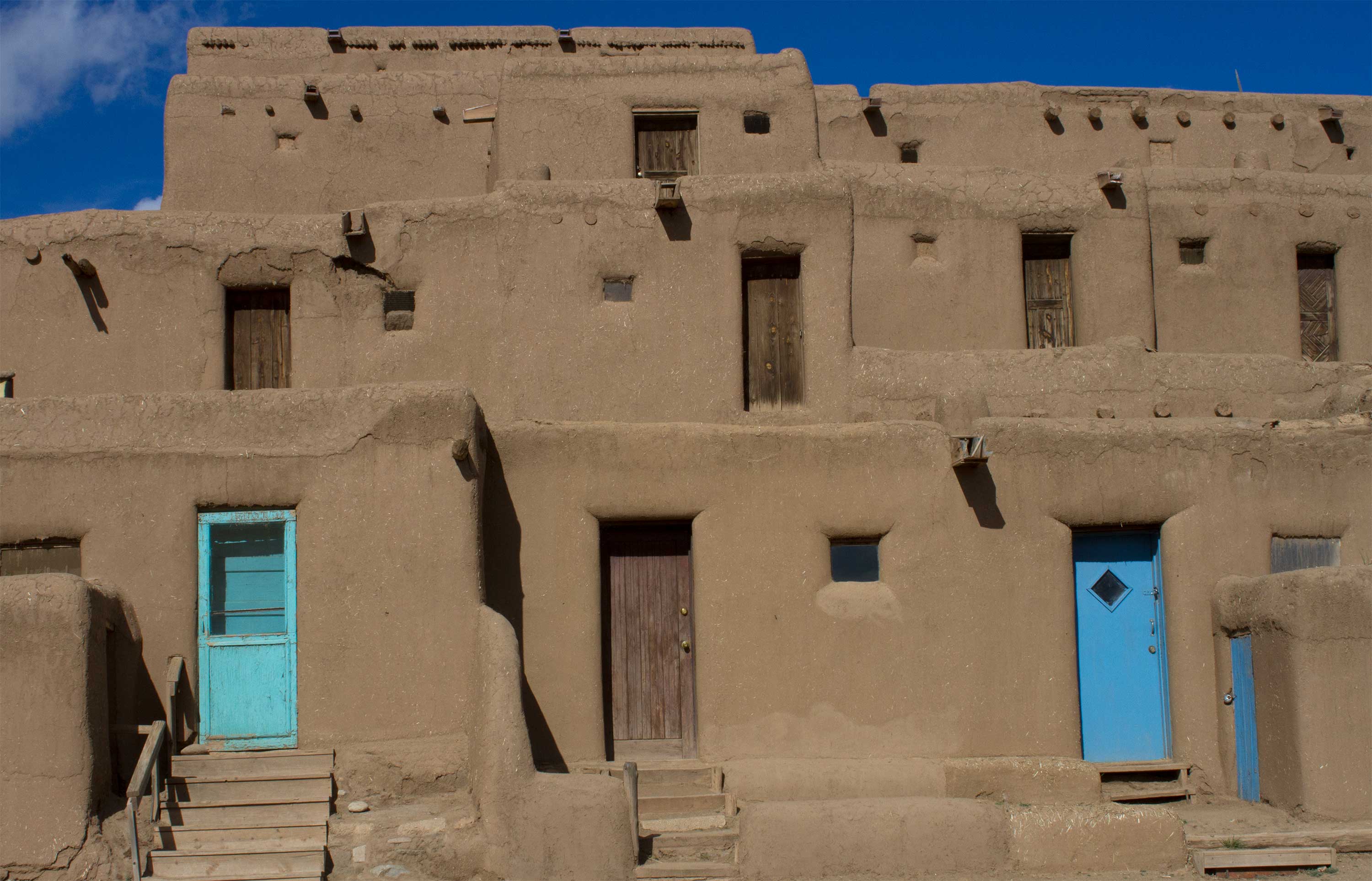 The north side of the Taos Pueblo is nestled in front of the Taos Mountains of the Sangre de Cristo Range, while the south side sits on the other side of the Red Willow Creek. These homes are supported by cedar logs and forged together by grass, mud, and other earthly elements. The style and location were direct responses to the rigorous environment of the Taos Valley: cold, wind, and snow find difficulty penetrating the almost windowless homes that were firmly grounded in the Earth. There are still about 150 people that continue to live on site, and many others have shops in their grand and great-grand parents’ homes. Be sure to stop by Al’thloo’s (grandma’s) store to have some Taos Pueblo Home Cooking and Fry Bread – you will not be disappointed. That was then and this is now. You may wonder where the magic from my title was going to come in… well here it is. The magic of Taos is in the ingenuity, both past and present, the little town has managed to succeed as an unlikely homestead for humans despite the natural challenges its location warrants.

Today, the Taos Pueblo and its history are now accompanied by a mash-up, by a revisioning of the very same concepts, at the Earthship Biotecture community - https://www.earthshipglobal.com/ - which was inspired by the iconoclastic architect, Mike Reynolds. Reynolds is widely known for challenging conventions of design and building codes, and for championing concepts of recycling and repurposing. The deep dive documentary, Garbage Warrior (2007) details Reynolds journey and his vision for the Earthship homes. These homes are made from “trash” (i.e. tires, cans, and bottles) and are powered by wind and/or solar energy; they have contained sewage treatment, as well as independent farming and modes of food production; and they are in part adobes of the same heritage as the Taos Pueblo. An Earthship aims to address six principle human needs. 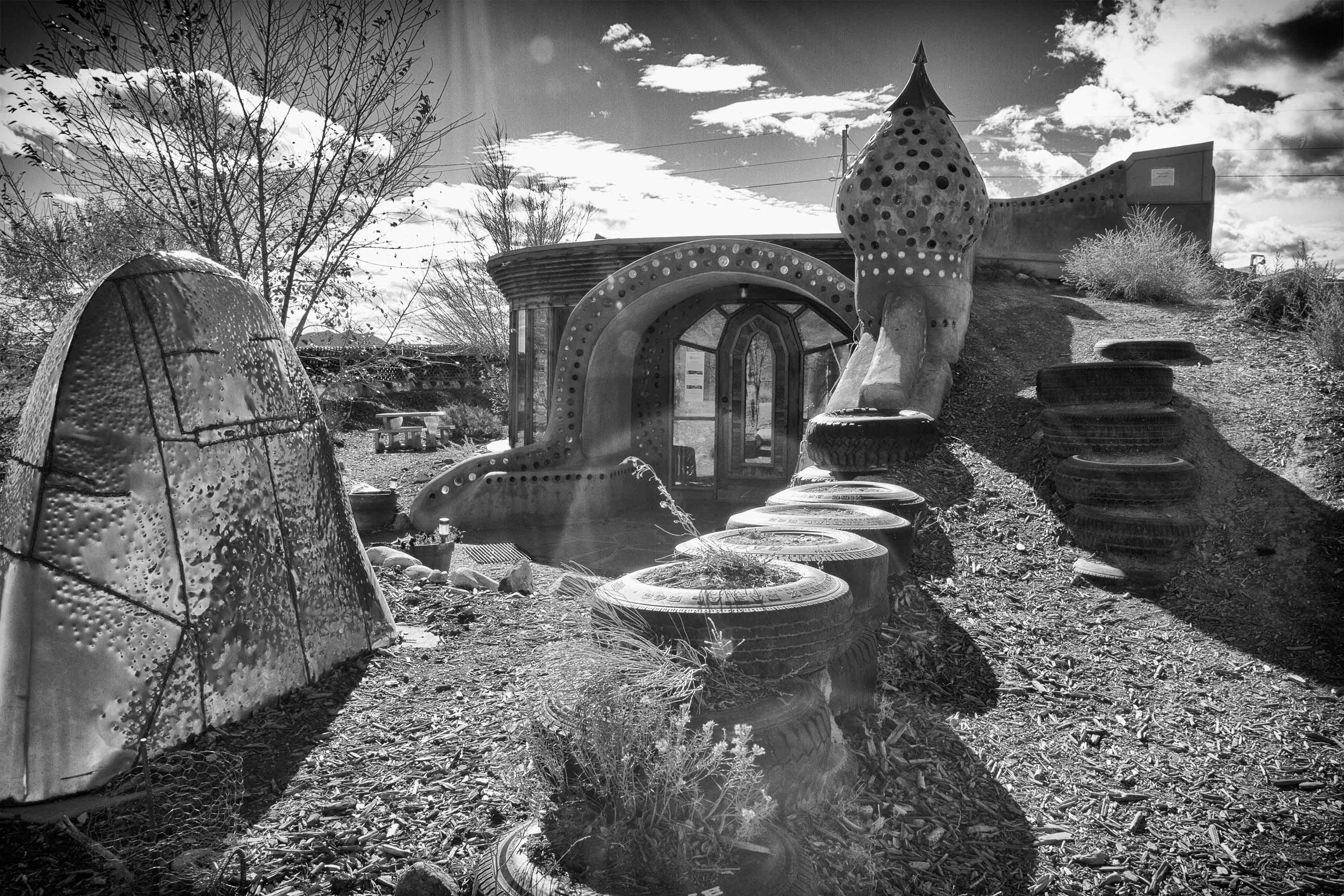 The legend, now, is set in stone and is unwritten. The Taos Pueblo has brought visitors from around the globe, is home to many American Indians, and is surrounded by the Taos Ski Valley and Taos itself, both of which are abundant with great food, original art, genuine people, and good times. The Earthship development builds upon this legacy and could be the civilization that people are talking about one thousand years from now, in the same way we are talking about the Taos Pueblo. The State of New Mexico gave Earthship two acres of land to do any kind of experimental architecture imaginable. It is in this very same desert the State also allows hundreds of acres to be used for testing nuclear bombs. It is terrifying and terrific that this location is both the poison and panacea for human race’s potentially grim future; in the post-apocalyptic world, maybe it is Taos that will be the birthplace of legend, the start of a race that lives off the land with little need for gas, guns, and war. In a less grim rendering of history, perhaps Earthship will inspire people worldwide to get off the grid and become 100% percent self-sufficient, reducing the pollution we are putting into the Earth, water, and air. Time will tell, but for now, friends and travelers, Taos stands as one of the more fascinating wonders on the American continent, if not in the entire world. See for yourself and happy travels! 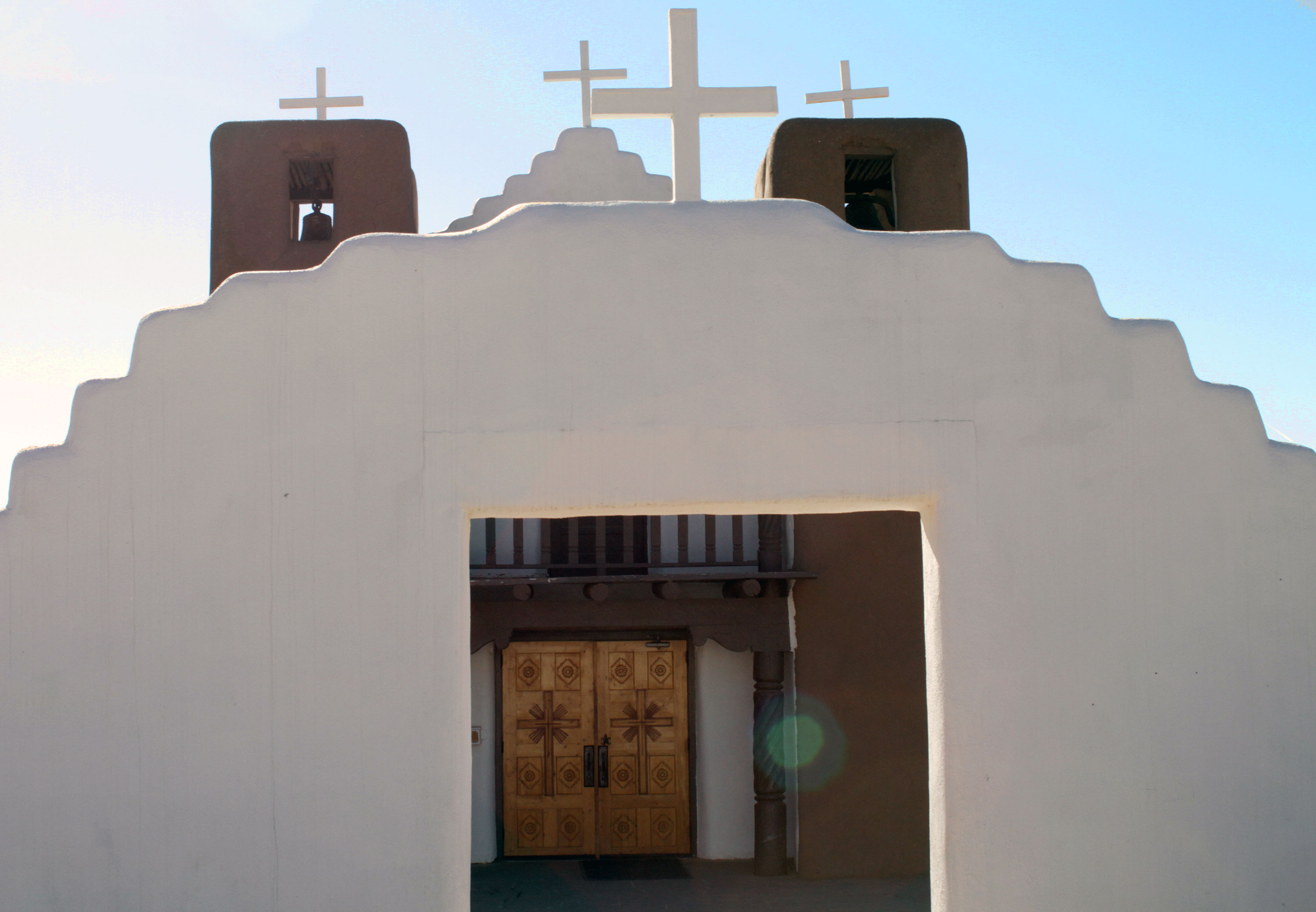 Here are pins for Taos, Taos Pueblo, and Earthship Biotecture.

Taos definitely has some mystery to it. I wasn't aware of Earthship, but for some reason it sounds familiar. Thanks for another awesome post! Keep'em coming!

My homestead is just passed the Earthships. Awesome land!

That's awesome! I was so blown away by the whole area, concept, and landscape. The gorge is right there too. So much to see and do in such a small area!

I've always wanted to go to Taos, but never have. I've only ever passed near it while going from Albuquerque to Denver. Great writing. Keep it up!

I really enjoyed reading about this, I actually traveled very nearby there when I was hitchhiking in the states. It seems it's one of the many places I missed on my route, haha!

I am also part of OCD, and can nominate you there too if you would like?

If you would like your posts to be resteemed by @ocd and reach a bigger audience, use the tag #ocd-resteem, it doesn´t have to be the first one. Every day, three posts using this tag will be chosen by our curators to be RS. Good luck!

I accept! Thank you so much! I will follow you all and see what you have going on. Cheers :)

You're so welcome, I really hope you get the top nomination!