tangerinetravels (70)in #travel • 3 years ago 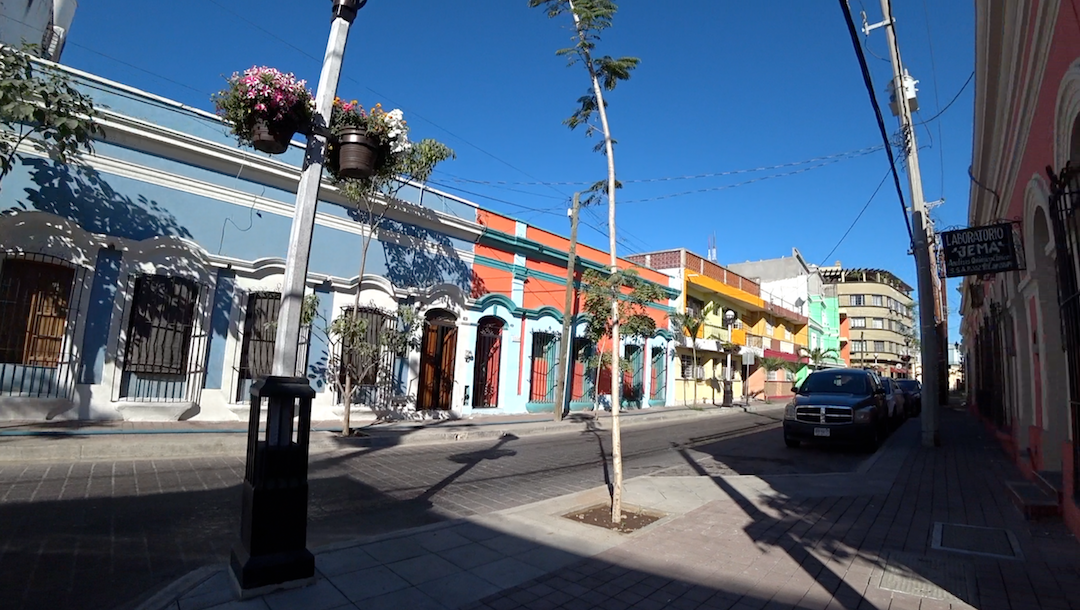 Haggling prices is expected in Mexican culture, but it's still a little strange after living in the US where prices are almost always fixed. While in Mazatlán, we got to flex our negotiating skills again as we bargained our way into a 2-year anniversary 90-minute couples massage at the Costa de Oro Spa. Next time, we'll try and get the interaction on video so you can see how it's done.

Also in today's video, we explore Plaza Machado near "El Centro de Mazatlán," we find some strange fruit while walking to breakfast, and have more fun on the beach.

Watch the full video below.

If you enjoyed this video, follow us @TangerineTravels for more.

Curious to learn more about us? Check out @wadepaterson's 20 Questions with TangerineTravels.

Until next time,
@shenanigator (Jordan)
@sharingeverybite (Maddie)
(and Laska the Siberian Husky)

Thank you so much @exxodus! We appreciate you taking the time to leave such an encouraging comment. :)

Enjoy your massage. hehe
Oh, I need a massage too, my back is aching.

Thank you :) We appreciate you watching and taking the time to comment. Hopefully, you can go get that massage you're needing!

Those pigeons were absolutely fearless! Thanks for always taking time out of your day to watch and comment on our videos :)

Really cool video..Loved your despacito version 😎😄 Glad you guys enjoyed a well deserved massage..looking foward to some bargaining tips.This practise is common in alot of places all over the world.Thanks for sharing guys.Enjoy💛🙋

I think we need a lot more practice before we can make a video on bargaining tips, but we have found the tactic of acting less interested helps out a lot. For example, last night we wanted to go to a party at this bar, but we knew they had a cover charge (we were told a couple days before that it was 200 pesos). So, instead of walking straight up to the front, we pretended like we were walking past on our way to somewhere else. They had promoters out front who'd probably try to stop us as we walked past.

Sure enough, we were stopped by a promoter. We were told it was a 100 peso cover charge, which was already reduced from the 200 pesos we would've had to pay if we walked straight up to the front. Although we would've gladly paid 100 pesos to get in, we pretended like we weren't interested and we were hinting at walking away. The promoter immediately offered us free cover charge and we walked right in.

By the way, Maddie sang that Despacito rendition when I didn't have the camera rolling. I thought it was entertaining, so I turned the camera on and insisted she sings it again. Glad you enjoyed :)

So True...point definitely noted..coming a cross uninterested is a good tip that I am going try. You need to keep your camera at your finger tips for next time she pulls out more tunes so you can get her in action 💃💛 enjoy your adventures guys 😎