Bunhwangsa Pagoda had been built in Shilla dynasty. It means that I had been made nearly 1500 years ago.

Sometimes it was amazing for me to see the relics which had been made for long long years ago.
Especially when I face with the relics which looked like abandoned, I felt something strange for the meaning of history and our lives.

Whenever I come across the relics by the road, I tried to imagine who made this works.

It was something strange why I felt such a feeling when I came across the relics at unexpected place.

Bunhwangsa pagoda seemed not common in Shilla dynasty.
The style was quite different from other pagodas of Shilla dynasty.
It was usual that Pagoda had been built with the stone and the wood at that times.
But Pagoda in Bunhwansa temple was made with the fired bricks. It’s style seemed similar to that of India.

I remember Buddhist pagodas in India.
Many of them were made by the bricks. 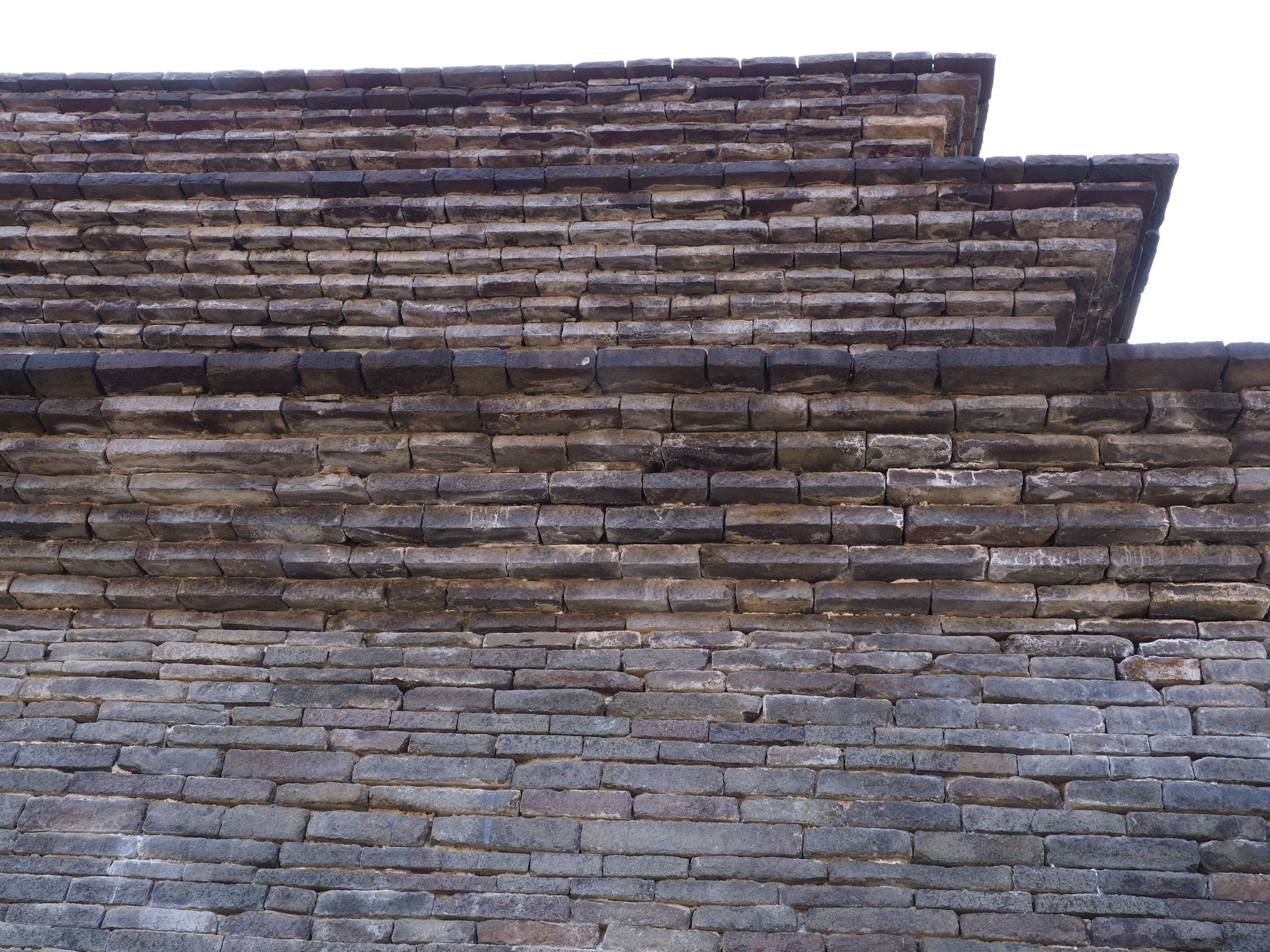 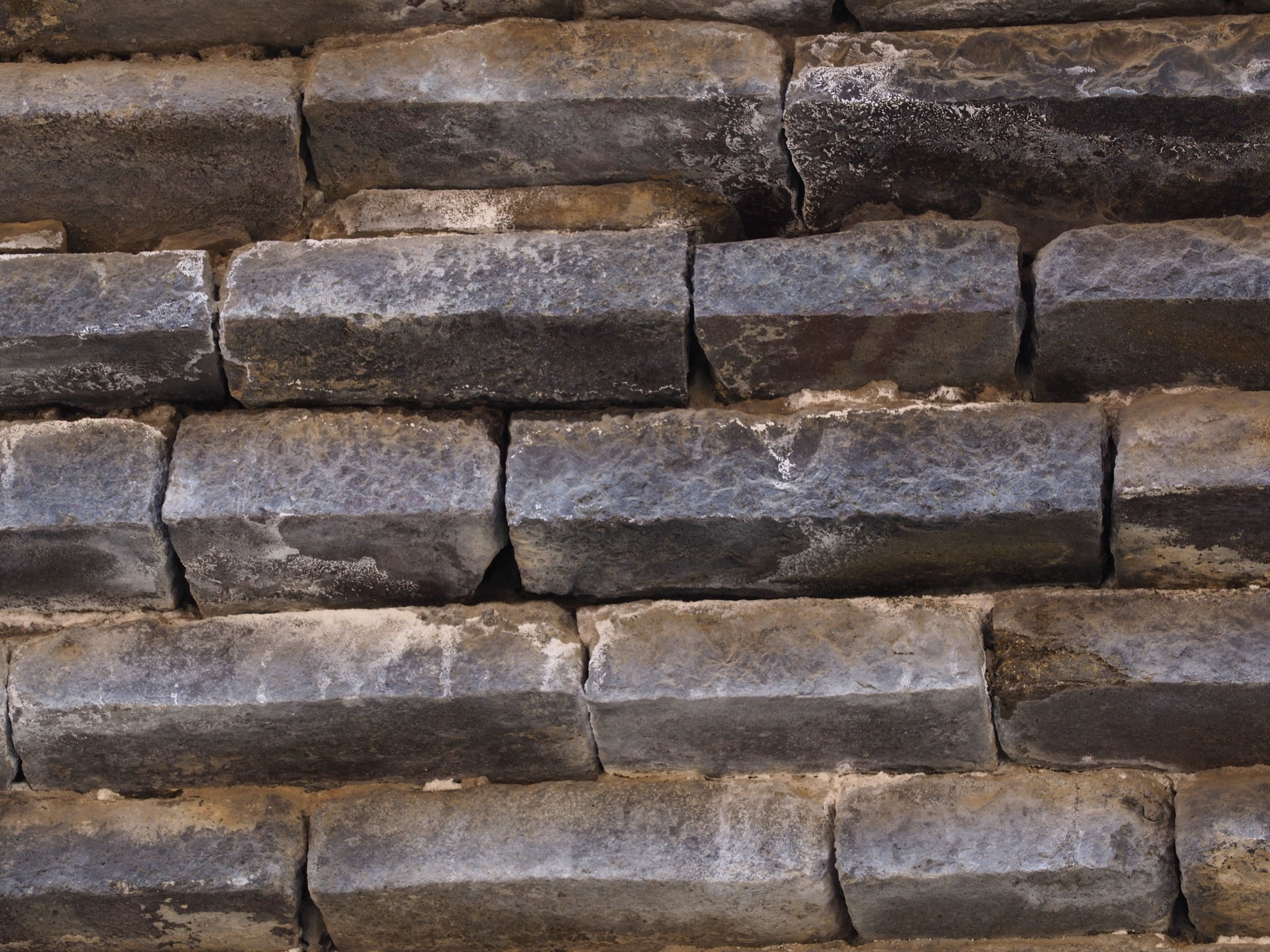 Let me show you Pagoda in more direction I can’t explain wether there was some kinds of linkage between Shilla and India.

Inside of Pagoda was filled with stones. I could see stones through the windows.
There are four windows and two warriors an each window.
The warriors were the symbol for keeping the Buddhist Principles. 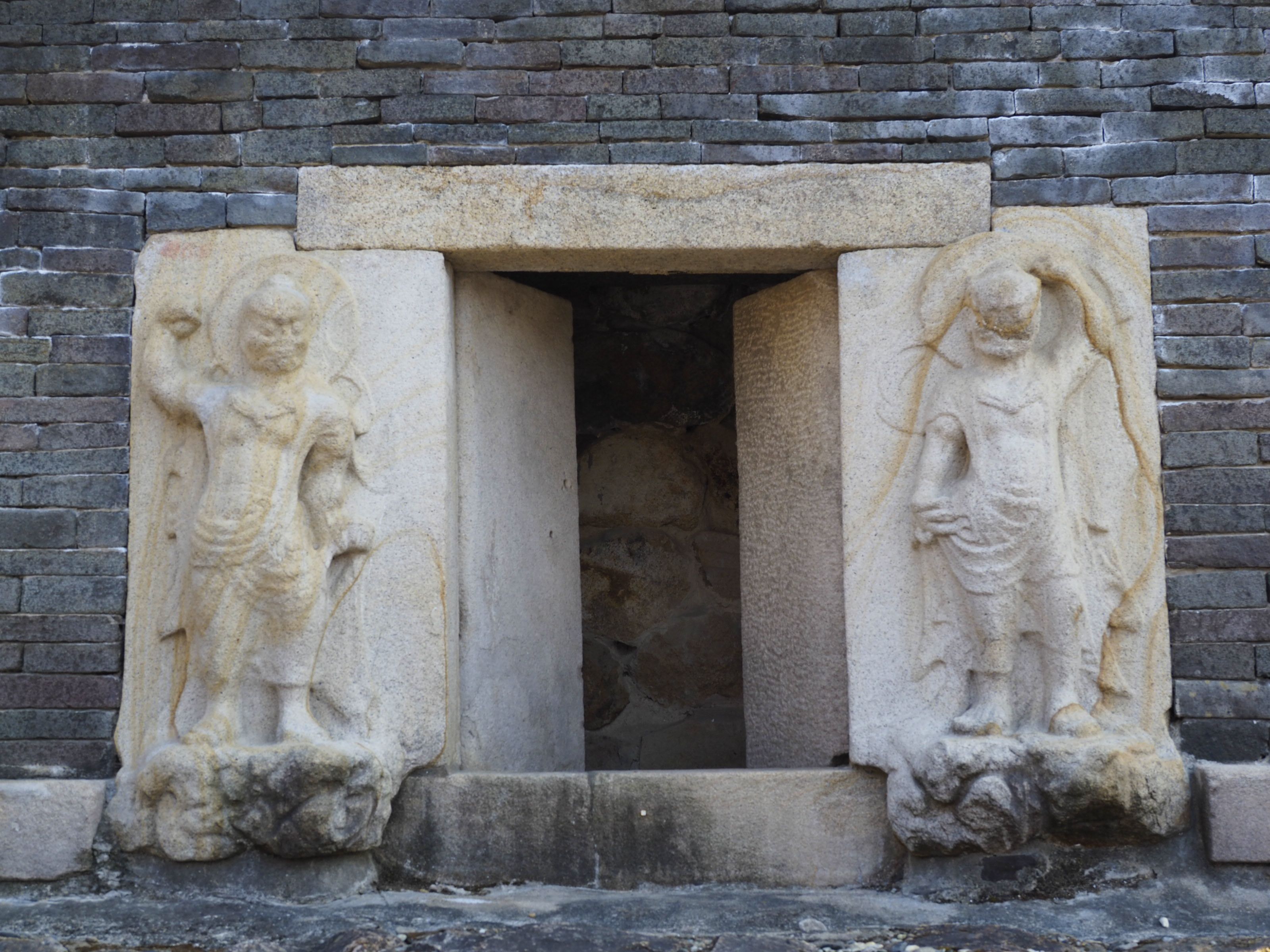 Their postures were applied to the formation of training in Taekweondo, the Marshall art originated from Korea.

There are lots of things to show and explain this Pagoda to you.

Next time I'd like to introduce the warriors and the lions of this pagoda to you.

Thank you for dropping by

what a wonderful photo

The Bunhwangsa Pagoda is an impressive tough monument from the shilla dynasty and indeed it too also stood the test of time. The lions and warriors that guards it truly shows the symbolism of Buddhist principles.

Very nice pictures and thanks for the information

Thank you for your travels, friend @slowwalker! I enjoy your photos and stories. Have a nice weekend! Thank you so much. Good luck.

Are you still in Korea now?

I love learning about history, thanks for sharing. It is pretty amazing to see something built that long ago that looks prestine.

shilla does have a very important meaning for korea, and a very beautiful place, success for @slowwalker

korea does have everything there and i also really want to vacation there pal meet you directly my good friend .. and please help me first hopefully my friend @slowwalker

Awesome looking this photography, I appreciate your traveling. best of luck my dear friend.....

This Pagoda is through a challenge to modern constriction technology, its creativity,sustainability,engineering and merchandising .
Noted with thanks for wonder post 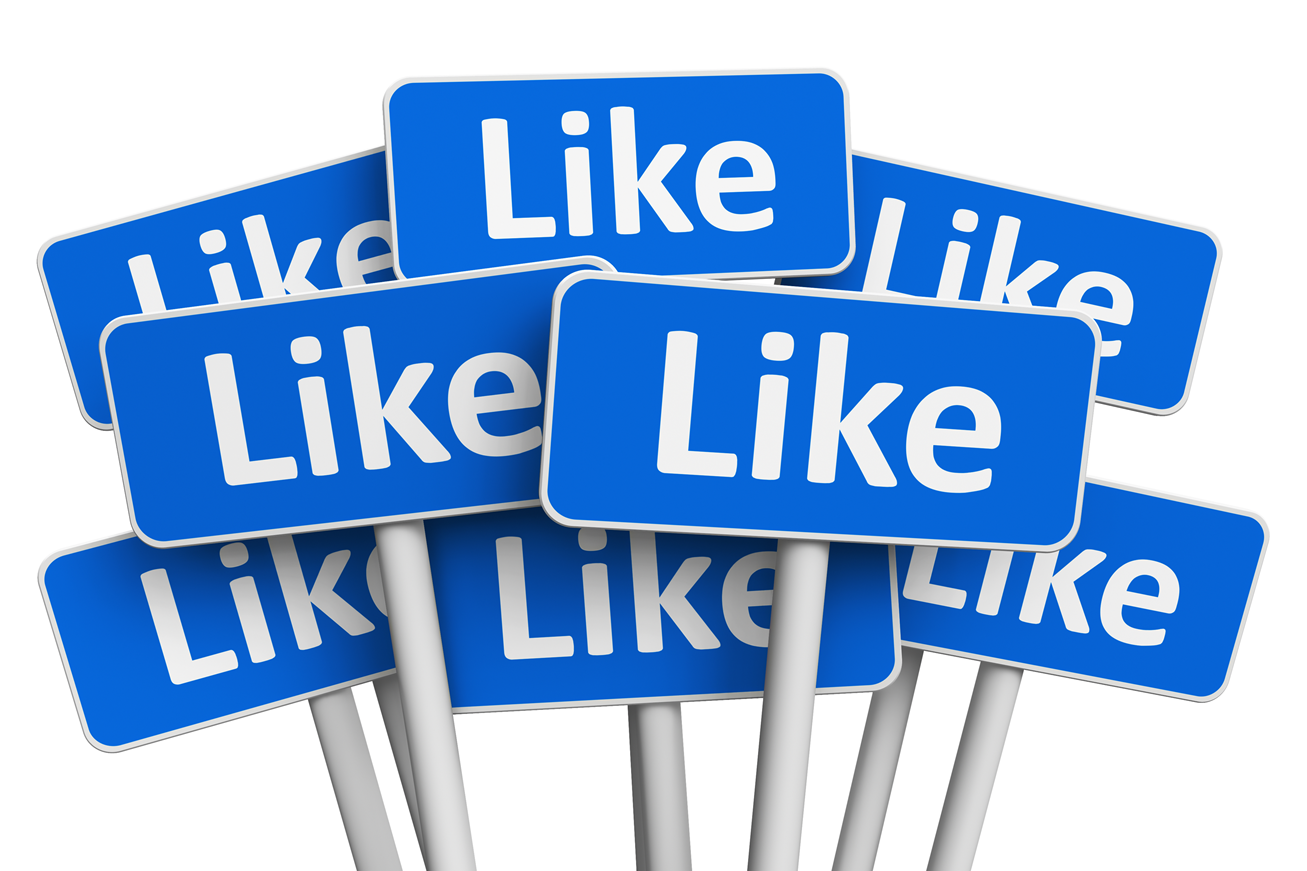 The fallacy of a glorious place ~
The wind there feels cold ~

Bunhwangsa Pagoda had been built in Shilla dynasty. It means that I had been made nearly 1500 years ago

so incredible, i am so excited to heritage tourism, there we can found how story created our life and nation

In my hometown many great heritage for visting

I am really amazed to see these kind of historical posts which provide us more knowledge about the history of different regions.Superb architectural work,nice photography.@upvoted.

very interesting historical tour.korea has many stories of history.thank for a very good historical post.my upvote and resteem your post @slowwalker.history gyeongju korea

very interesting historical tour.korea has many stories of history.thank for a very good historical post.my upvote and resteem your post @slowwalker

Oh my god
Really its so beautifull picture.perfect shot.
Keep going
You are amazing

wow amazing place
this is very nice place
it is perfect for traveling
I like it
thanks for sharing it
keep it on....

Great article and excellent photography! I would love to see this in real life. Keep it up with the great posts and thanks for sharing 🙂

You know what is fascinating, the hidden message that expresses this ancient structure, invites us to know its history and moments

ALL PHOTOHRAPHY ARE LOOKING SO AWESOME

I know that all of us want to visit there..but we can do it right now.. just close your eyes and imagine being there and enjoy it...

It always amazes me how they build things with their bare hands more than a thousand of years ago, that still last today.

While on the other hand our society is based on fast consumption and things that only last a small amount of time. i am sure this most ancient building could tell many stores and tales. Thanks so much @slowwalker

the pagoda was really had an amazing look sir! after a long years it made it was still stand strong until now..

thank you for sharing this beautiful pagoda sir @slowwalker

I can imagine how strong those rocks are when it's still standing there for 1500 years. Being there touching those ruins must be really a life changing experience.

Thank you @slowwalker! As I see your ID, you must be a very calm and considerate person. Also I can catch it from your post that makes me feel relax and comfortable. Thank you also for your precious upvote for my blog! I am following you!

Thanks for the photos

It is a lot of fun to feel such an old building and culture. It was surprising to be built with bricks from this age.

wow,this is most ancient pagoda of the world,,,

1500 years .
Dates like this bemystify me
Its so awesome. Preservation of old era. Sounds so so cool.

Imagine 3000 years from now and someone digs up an iphone 4 . Crazy rih? Imagine if the phone was still intact, functional. And they could get info from it. That would be a mad ass discovery.

Im always wowed by this. Honestly👍👍

Hi, I am a young Venezuelan, sportsman and I am new to this social network ... I follow your work very closely, and I am delighted with the potential that you show in your publications .... I will follow your post to learn and grow progressively in steemit. .. Congratulation! Keep going on

This is really expository. Nice one

awesome , thanks for this contribution .

History is one the aspect of study that brings the past to the present....
This is true a mark of existence and it really shows that history is the foundation of our existence, we all in one way or the other are connected to our history.
Those are really wonderful and amazing picture of the ancient landmarks worth taking note of.
Thanks for sharing them

to much history on there,beautiful artifact

It's really pleasure to visit some historical places. I also like it so much. So beautifully explained by you.

Love reading your travel blogs @slowwalker, you are such an inspiration to write and enjoy whatever you do 😊

oohh very amazing, I would love to see the beauty of this pagoda. your post is very interesting and add my insight

The place seems to be very historical that the structure makes you experience the time when it was newly built. Nice photo like giving up close and the stones structures were nice, the way you share it like I was there having a tour. Thanks for the share @slowwalker. Keep safe upon travelling and always. God bless.

Wow this is history in play. So beautiful. Hmmmm d the blocked styles stones. Wow so much work

Wow.
Nice pagoda and great Photography.
Thanks for shear it.

pagoda bunhwangsa building that has been very long in live but it still looks very sturdy.dan pagoda is also seen (many) historical history.posting a good friend,@slowwalker

This is exceptional!Thank you for posting..and your support as well.

bunhwangsa pagoda, I just knew this pagoda from your post. I have never watched it in K Drama :) I really love your pictures

Yes, here in India are the budist Tempels built by the bricks. When I drive with the Bus from Agra to Jaipur, I saw many Fire oven, where they made the bricks. But I could not stop to make pictures, because the bus dint allowed it. But then i took my mobile out and read about the brick factory and I was shocked. Many Kids are forced to work there at the brick oven. That was more reason to have a stop there, but I could not get off the bus.

Thats the reality @slowwalker of our travel stories. I was not knowing this....

Yeah exactly you said right these temples is made from fired bricks. In ancient architects are great minds that no one knows how much they struggle to make such architectures they always grab the attention and took into the paste. I still remember when I visit the "Lahore fort"their architectural design is so magnificent that they still steady and remain as it. One of the tour guides tells me that these peoples used a mixture of cement, rocks and etc and then make a mesh of that and used it. They have great technique and powerfully built structures If we have a look at thre work we found it so difficult that how they built these architectures. well thanks for sharing such great historical places

True, very unique
Although different from others but still looks nice and neat ..

I had never seen a pagoda built of bricks ... very special and interesting

Bunhwangsa Pagoda Of Shilla Dynasty ,,its great looking for everyone,,,i love it

Hi @slowwalker sorry to bother you, I need your attention about this
https://steemit.com/steemit/@iamunframed/why-i-need-to-power-down
I don't know if you can help me, but you can contact me privately on discord via iamunframed#9496
Thanks

So simple design, but so well done that its structure impacts, especially to me the detail of the hexagons as roofs.

Wow...the posture were incorporated in taekwando arts..yeah to get some kicking ass!!!

post about amazing history, i want to be able to visit korea, please help me

Shilla Dynasty has some symbol in India & Pakistan which are demolished without caring. By the by your post have really good digest to know something unique.

I notice something that I will admit so all the people who made you upvote most of them whales do you know why, there is simply support whales among them.
As for the new ones, no one cares about them
I used this frankness, but such acts hurt me
Let 's help some of us give me Steemit

time and patience is needed in Steemit.
Increase your fellow, visit postings and have a communication.
I have spent 2 years here in Steemit