The most famous and best 10 tourist areas in Algeria

Do you know what is the best city and destination in Algeria? Explore the most important tourist destinations in Algeria and choose your favorite destination among these wonderful cities Located in the north-east of Algeria, the city of Annaba, overlooking the Mediterranean coast, became an important port, formerly known as the town of Bouna, but soon changed to the city of Annaba, due to the presence of jujube trees in abundance. The city of Annab is one of the most important tourist destinations around the world. Many tourists from all over the world come to Annaba hotels to enjoy its magnificent sea and antique buildings. Taghit is a jewel in its beauty, its palm groves, its natural diversity and its sand dunes on which the city rests. For its beautiful beauty, Taghit has become a center for attracting tourists who visit it annually from inside and outside Algeria. Is a city in northwest Algeria, the capital of the state of Tlemcen. The second most important city after Oran in the west. This area includes Andalusian landmarks rooted in the Grand Islamic Maghreb. It is the city of religion and history abounds with timeless artistic buildings. The city is located within the vineyards and olive groves, and is famous for the leather and embroidery industry and the textile industry. And has made all these influences sit at the top of tourist areas that attract tourists to visit Tlemcen hotels in Algeria. One of its many advantages is that it is one of the centers of Andalusian music. It is also referred to its distinctive traditional cuisine and traditional handicraft products such as copper and gold thread embroidery, which is known as "Qandoura" and can be seen in their shops in the Old City. Do not hesitate to book a Constantine hotel to enjoy everything this beautiful city has to offer. Timimun or the Red Oasis is located in Algeria, about 1400 km from Algiers. It is considered one of the most important tourist attractions in the Algerian desert. It is famous for its dense palm groves and desert trees and plants, as well as its shortness between the sand dunes, The problem of this mosaic mosaic painting is open to the vast desert nature. It combines two styles of architecture, one of which is modern by the French and the other is Andalusian-style. It is surrounded by vineyards. Its weather is pleasant and its atmosphere is calm and its streets are full of movement. The city's landmarks include Al-Darb neighborhood, the modern city district, the first square of November and the Al-Basha Mosque built in 1796. There are sidewalks on the beach that enjoy hiking in the evening and evening, and in the Oran area there is the tourist eye which has a group of the best hotels in Oran and the Andalusian tourist complex overlooking the Mediterranean. Is the largest city on the Mediterranean coast in the middle of the coastal road linking Tunisia to the east of Morocco, the most beautiful cities of the Mediterranean coast, and spread its life and buildings over a range of hills overlooking the sea, and spread on the slopes and slopes and in the plain flat under the palm trees and lemon trees Orange and olive, in addition to the fact that the hotels of Algiers are diverse and meet all the wishes of visitors. Ghardaia is located in a desert area north of the Algerian desert, about 600 km south of Algiers. Besides the fascinating beauty of the Ghardaïa region and its very rare desert terraces, there are archaeological and historical sites, most notably palaces. In Ghardaia, several ancient palaces appear uniform in shape and homogeneous in their colors. Do not miss visiting and booking a hotel in Algerian Ghardaia. Located on the Mediterranean coast, Tebaza is a great city with a wealth of historical and archaeological sites, where you can visit and see many of the Phoenician and Roman ruins still clearly visible. For lovers of history and monuments booking a hotel in Tipasa is a very wonderful experience. Bejaia has a unique location on the Mediterranean coast, with its magnificent beach and bay with beautiful views. Bejaia is considered one of the most important tourist areas in Algeria due to the beautiful places available in it such as monkey summit, the Cape of Cape and the city of Bejaia and other landmarks and wonderful areas 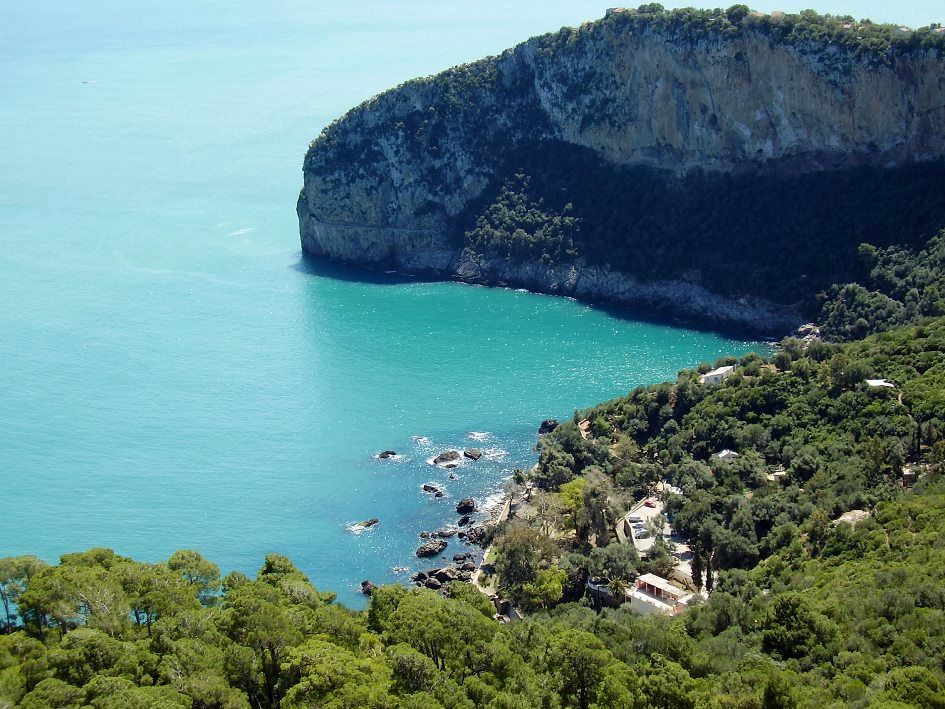