These are pictures of the Halemaumau crater at Kilauea. They're taken at several spots along the trail from the Volcano House hotel to the Jaggar overlook.

The trail is a nice walk. It's about 2.5 miles, one way over mostly flat ground. Starting at the Volcano House, you meander through a wet forest. As you get further away, the landscape changes from a forest to a desert. Instead of lush green trees, you're walking through barren cinder from the volcano. It's an interesting transition on such a short walk. At several points along the trail, the Halemaumau crater comes into view. These are the pictures below.

I've heard people say that they've visited the park and were underwhelmed. While I didn't have this reaction, it's easy to understand. You're basically looking at a steaming hole in the ground. It's a very large hole, filled with molten rock, but still just a hole. So if you're not into nature or geology, you should be prepared. It's definitely not for everyone, but for those that are interested, it's pretty amazing. 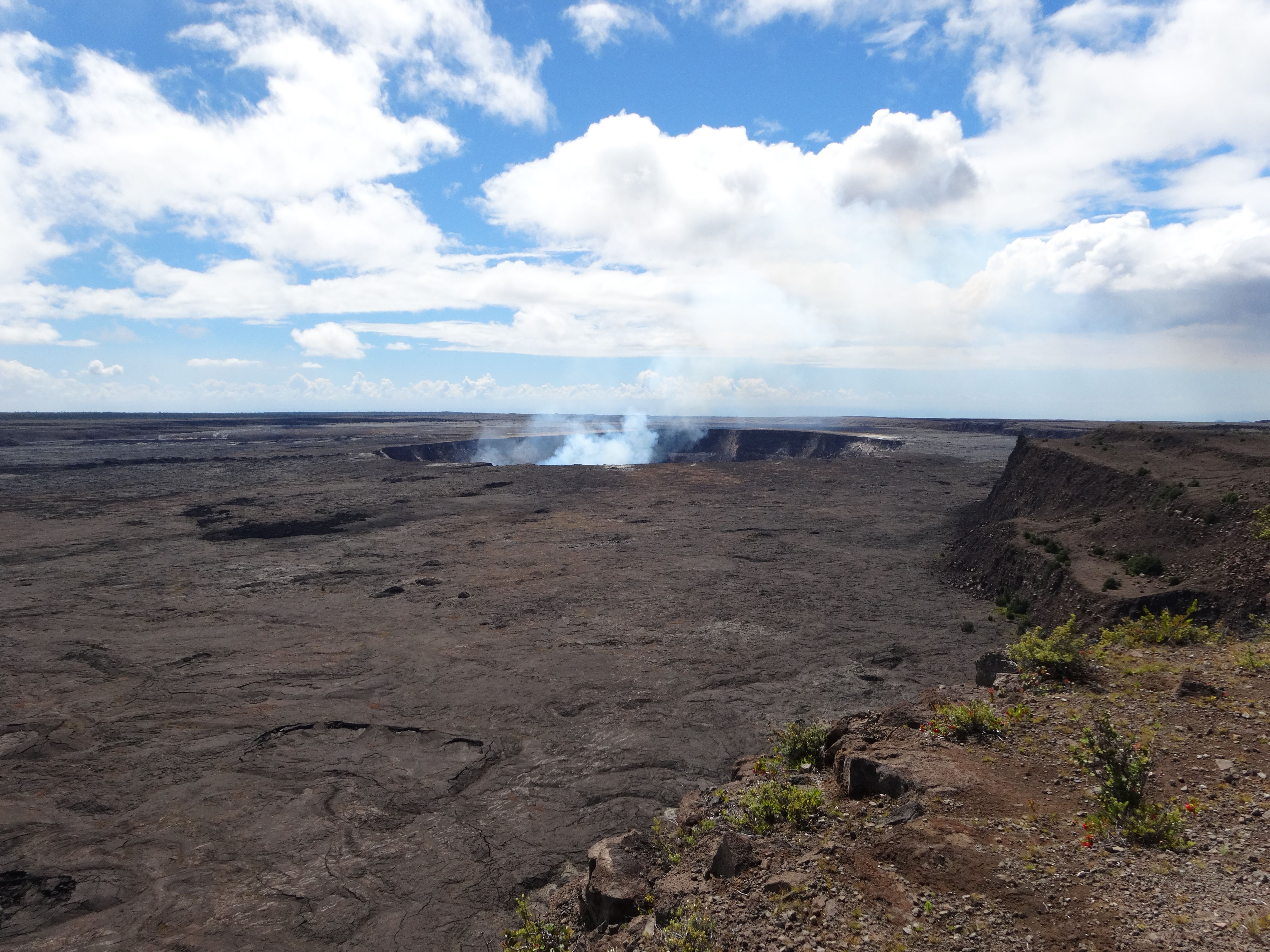 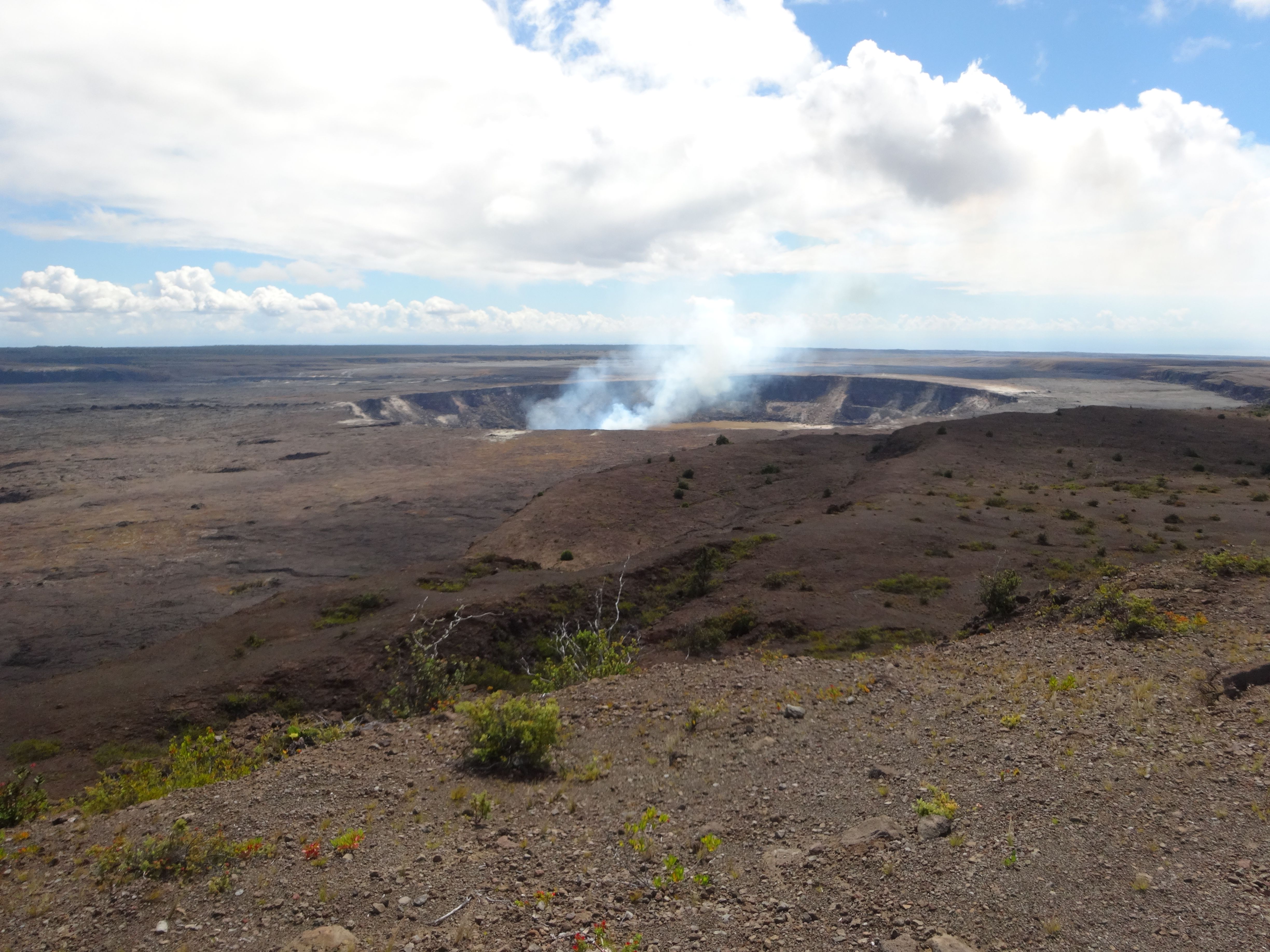 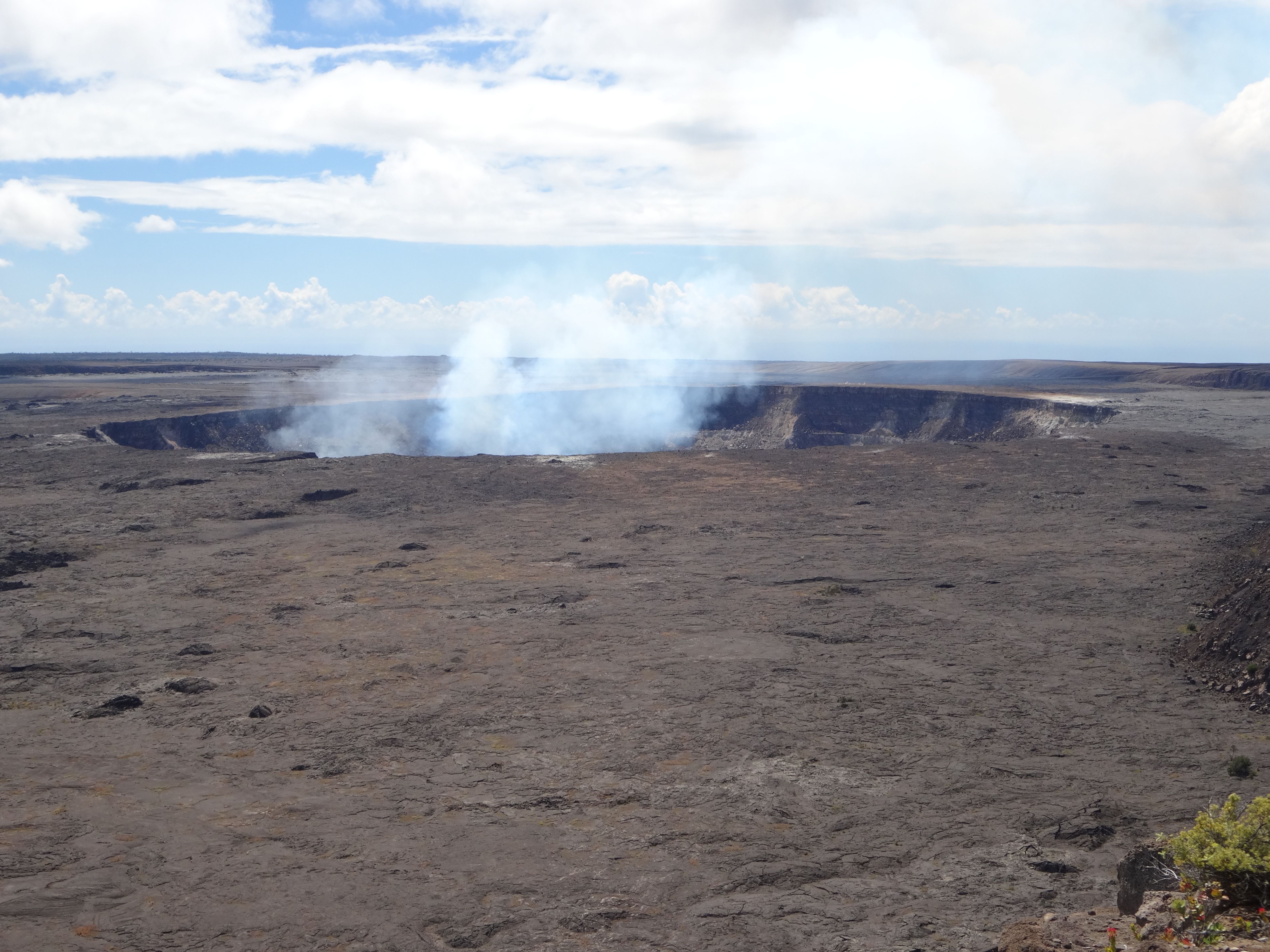 Job well done. very helpful and informative. One day you could teach me more about photography blogging. Have a great day.

Such a beautiful place those islands...toughest part is always boarding a plane to come back to the East Coast.

Both my daughters marvel at the pictures i have from out there.
My goal is to finally take the entire family out there for an extended vacation.

You got a 12.67% upvote from @postpromoter courtesy of @hilo!

I don't know, but nature have a way of beautifying itself. Though scary, but its indeed a sight worth seeing

that is an amazing place !
there would be such a peace!

This looks like a mine I worked at in the past

Congratulations @hilo, this post is the sixth most rewarded post (based on pending payouts) in the last 12 hours written by a User account holder (accounts that hold between 0.1 and 1.0 Mega Vests). The total number of posts by User account holders during this period was 2644 and the total pending payments to posts in this category was $7525.13. To see the full list of highest paid posts across all accounts categories, click here.

Wow! I would love to visit Hawaii and see live volcanoes. I am in awe of nature and its power and beauty.

Wow the photos are amazing. But I wonder if its safe to trek in that volcano.

Hi man, you have many beautiful and fantastics pictures here! the place is amazing and you took the pictures verry well.

Wonderful scenery hilo! Thanks for the follow. What would you like to read from my blog? I am doing a survey for all my followers.

Totally awesome @hilo. I like what you are doing here. I can only dream of being there.