Photography Tour! Inside and Outside of UNBELIEVABLY Beautiful Church in Spokane, Washington - Cathedral of St. John the Evangelist

As a travel enthusiast and coming from religious family, I have been to hundreds of different churches and other houses of prayers of many various religions around the world, and I have to say this church in Spokane is on my list of the most beautiful churches in the world!

The stones used to construct this beautiful cathedral came from a quarry near Tacoma, Washington and were used for the outside. When the quarry in Tacoma ran out of rocks that were the correct color the builders went to a quarry in Idaho and got sandstone, which they used, for the Narthex Nave, the main entrance, and the Crossing. Another stone that was used was Indiana Limestone. It was used for the rest of the cathedral. The roof is made out of copper.
source

This is the front of the church. 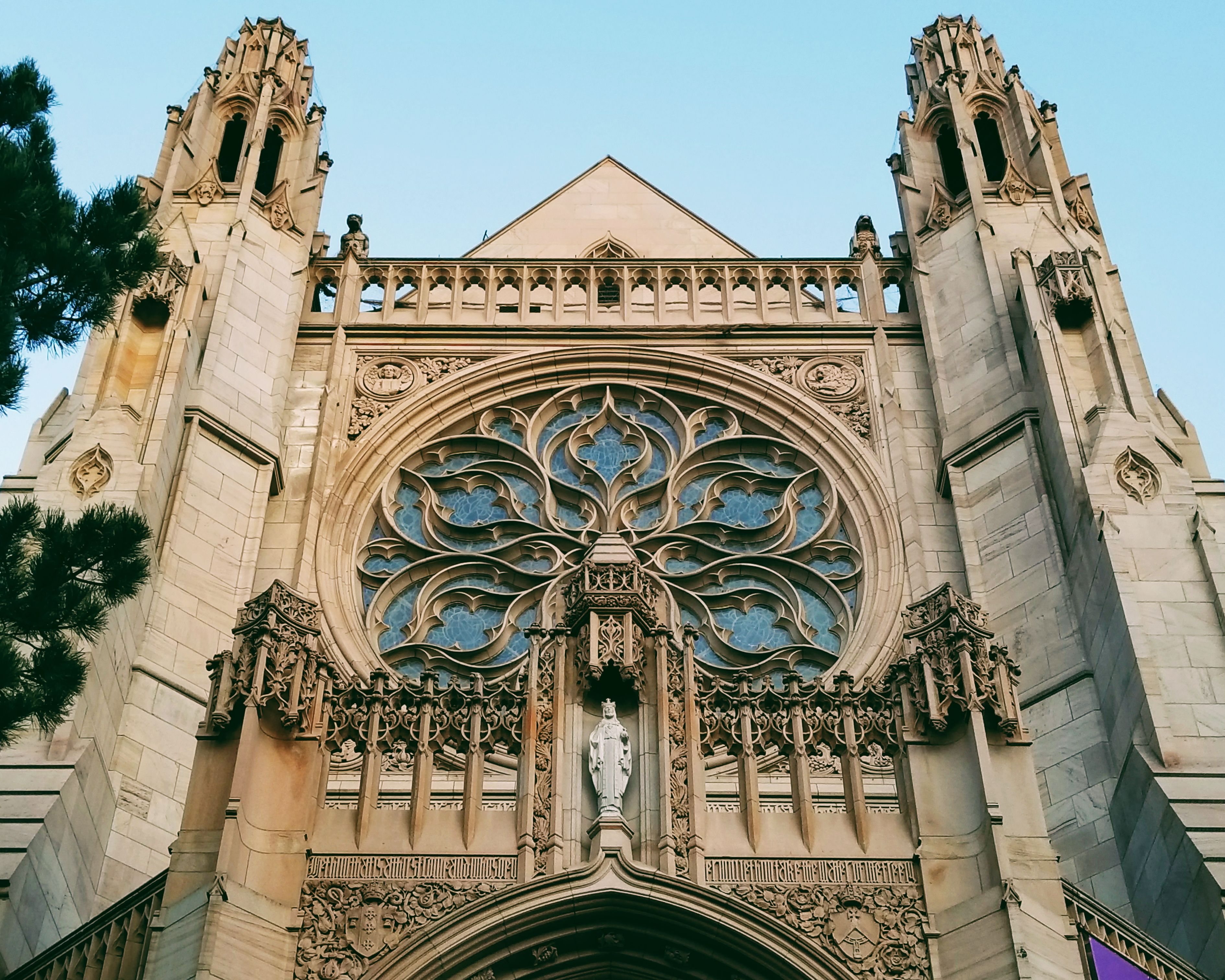 Front door. This is probably one of the most beautiful doors I have ever seen. I came to this church during evening hours, when no one was there and officially the church was closed, but I did find a way to get in. There was no lighting in some areas of the church.

This is the altar. The ceiling is full of golden stars. 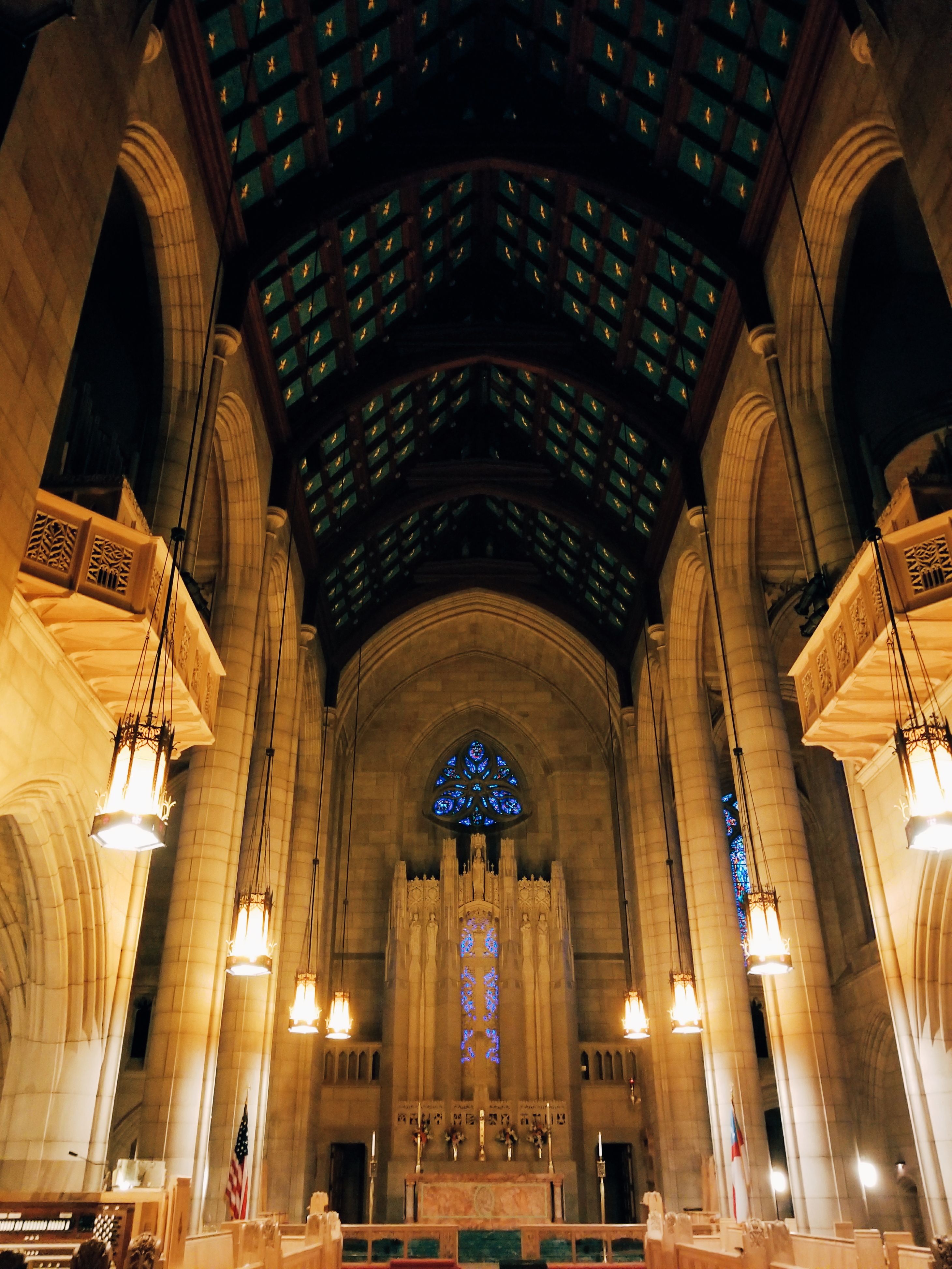 By the altar I found seating for the priests and other people of church.
I love the design! 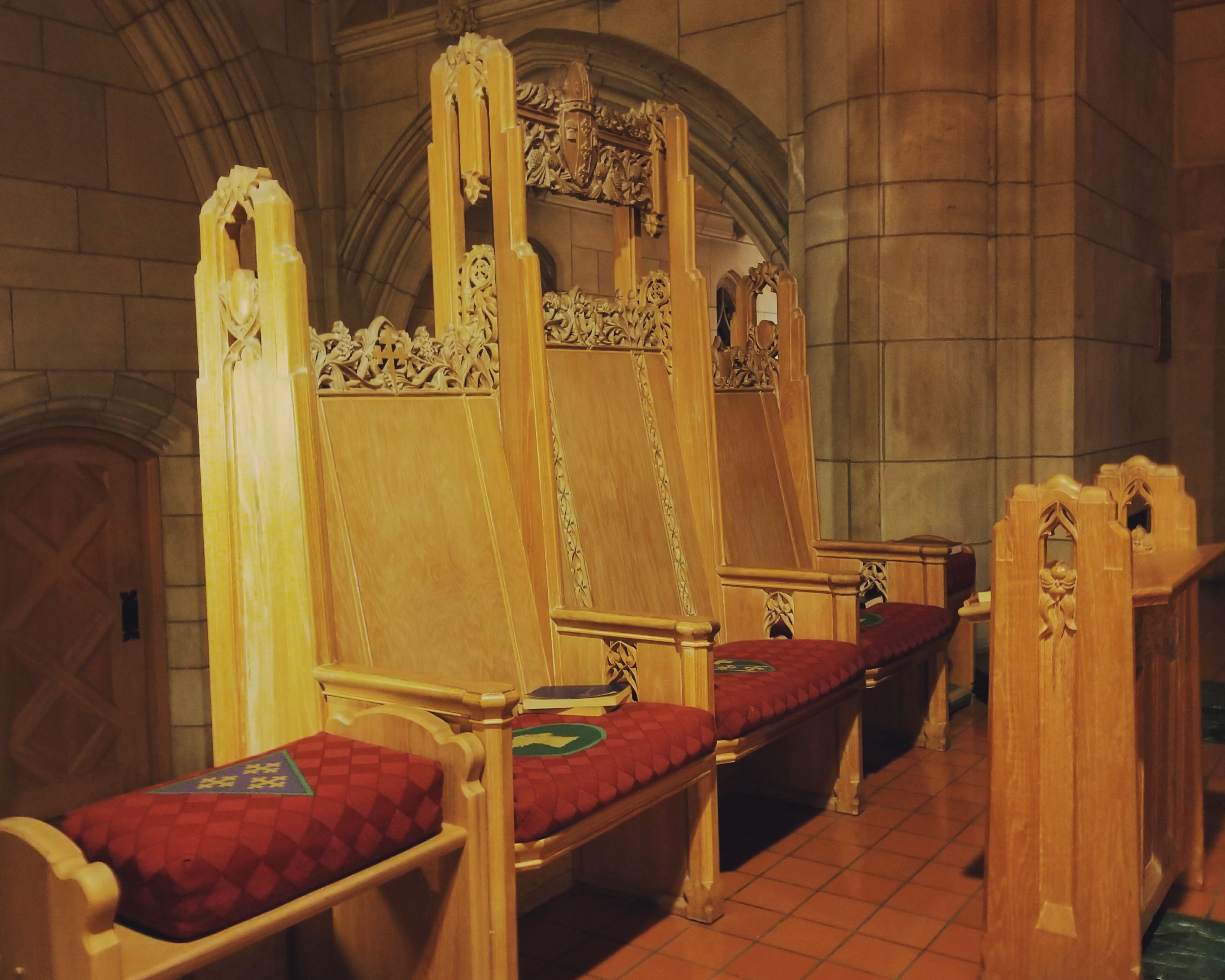 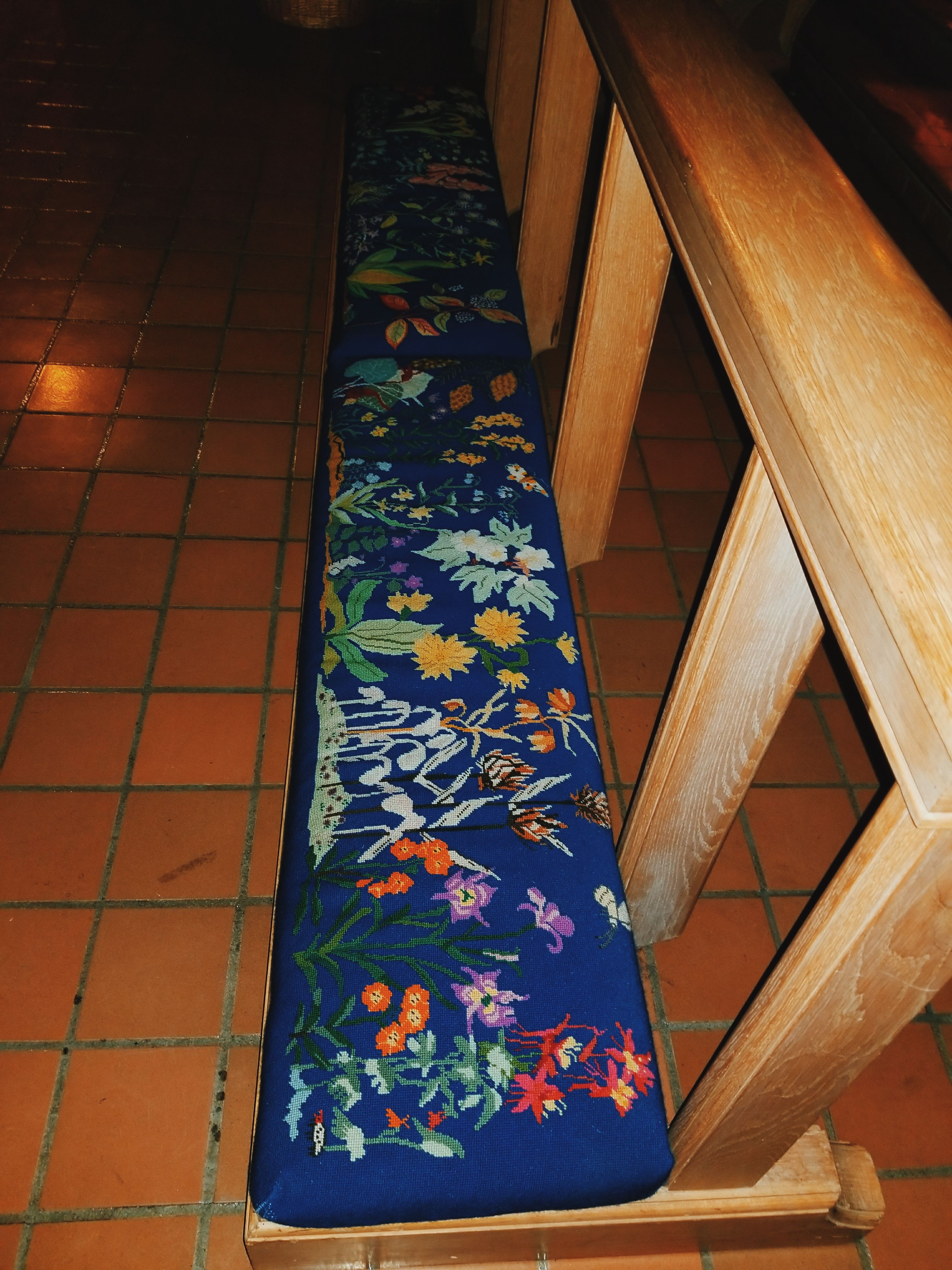 This picture was taken from altar area. I am facing the area where people are supposed to be sitting and listening to a priest. I think this is an unusual design because of the coat of arms flags. It reminds me of renaissance time. 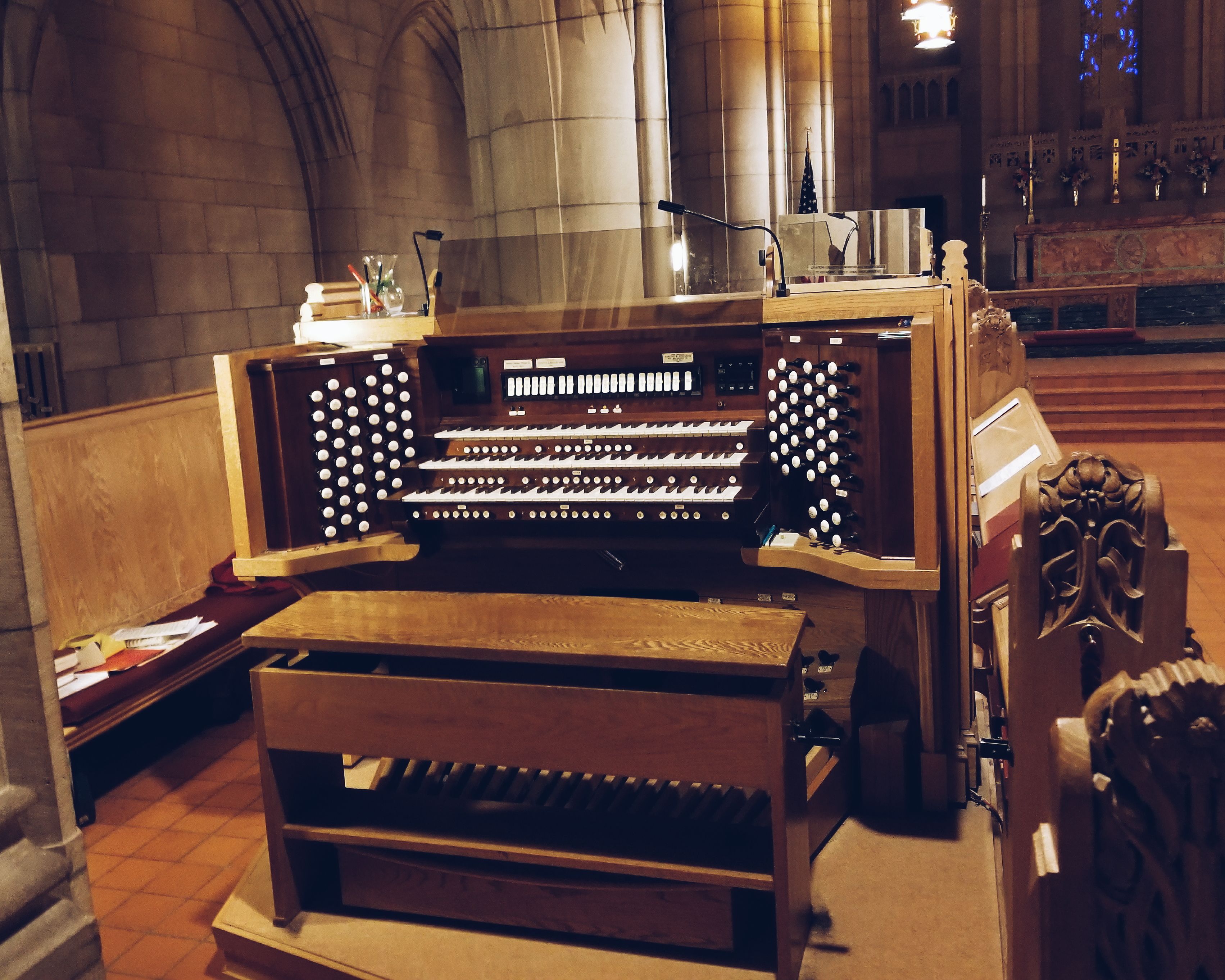 You can see the organ at the end of the church. Beautiful hallway that leads to a praying area. 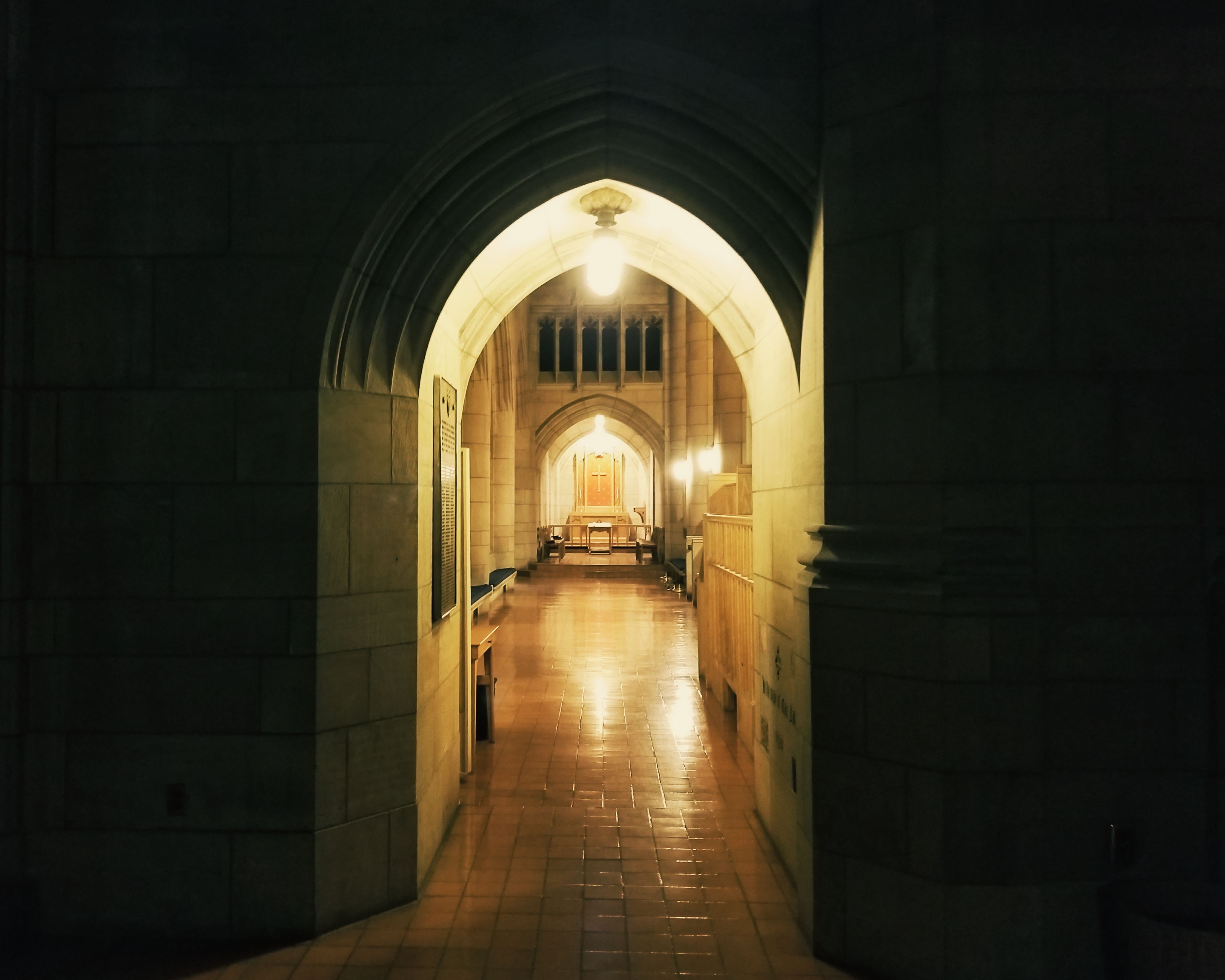 ..and here are more pictures of exterior of the church. 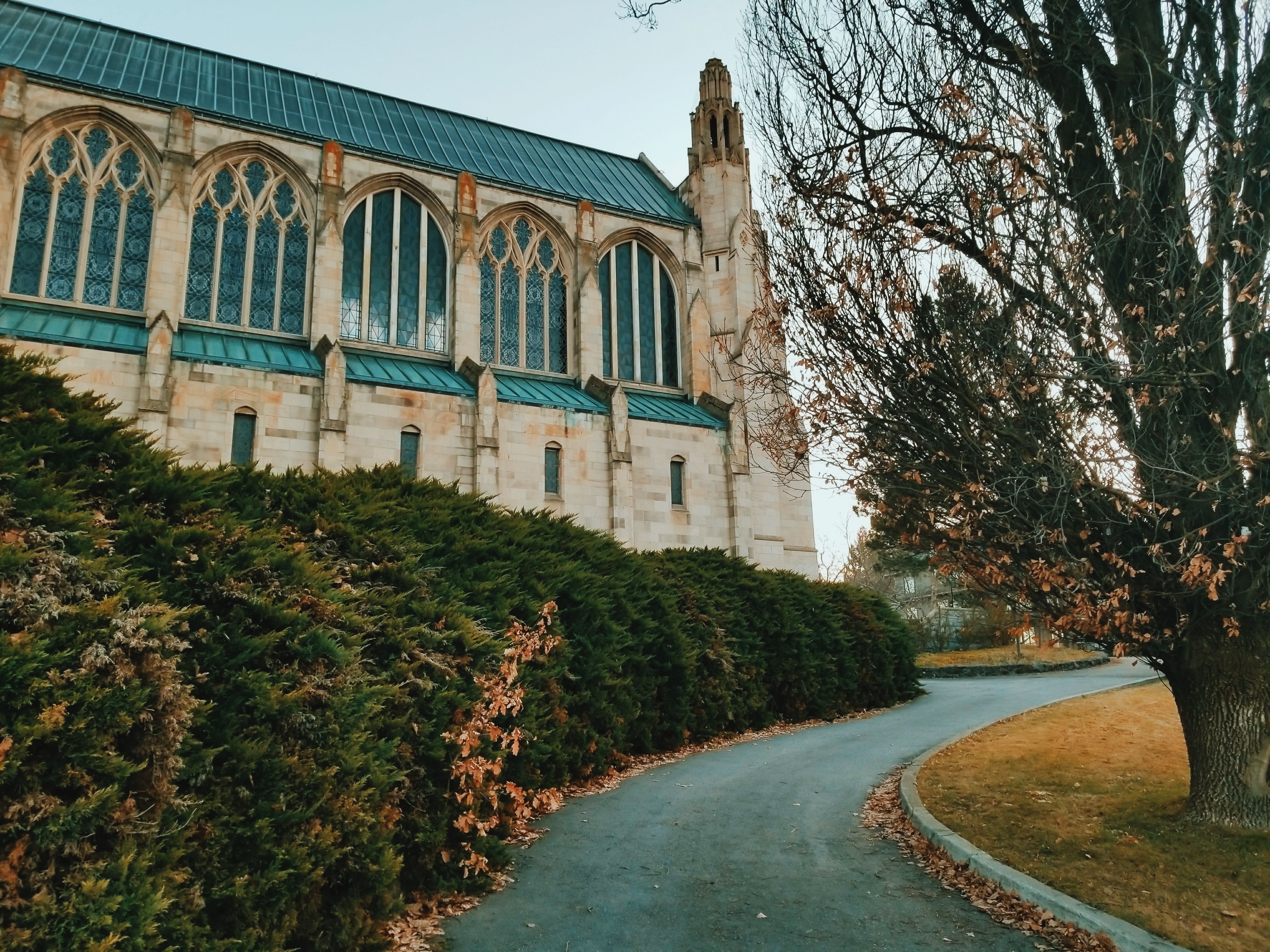 Beautiful lighting all over the church. 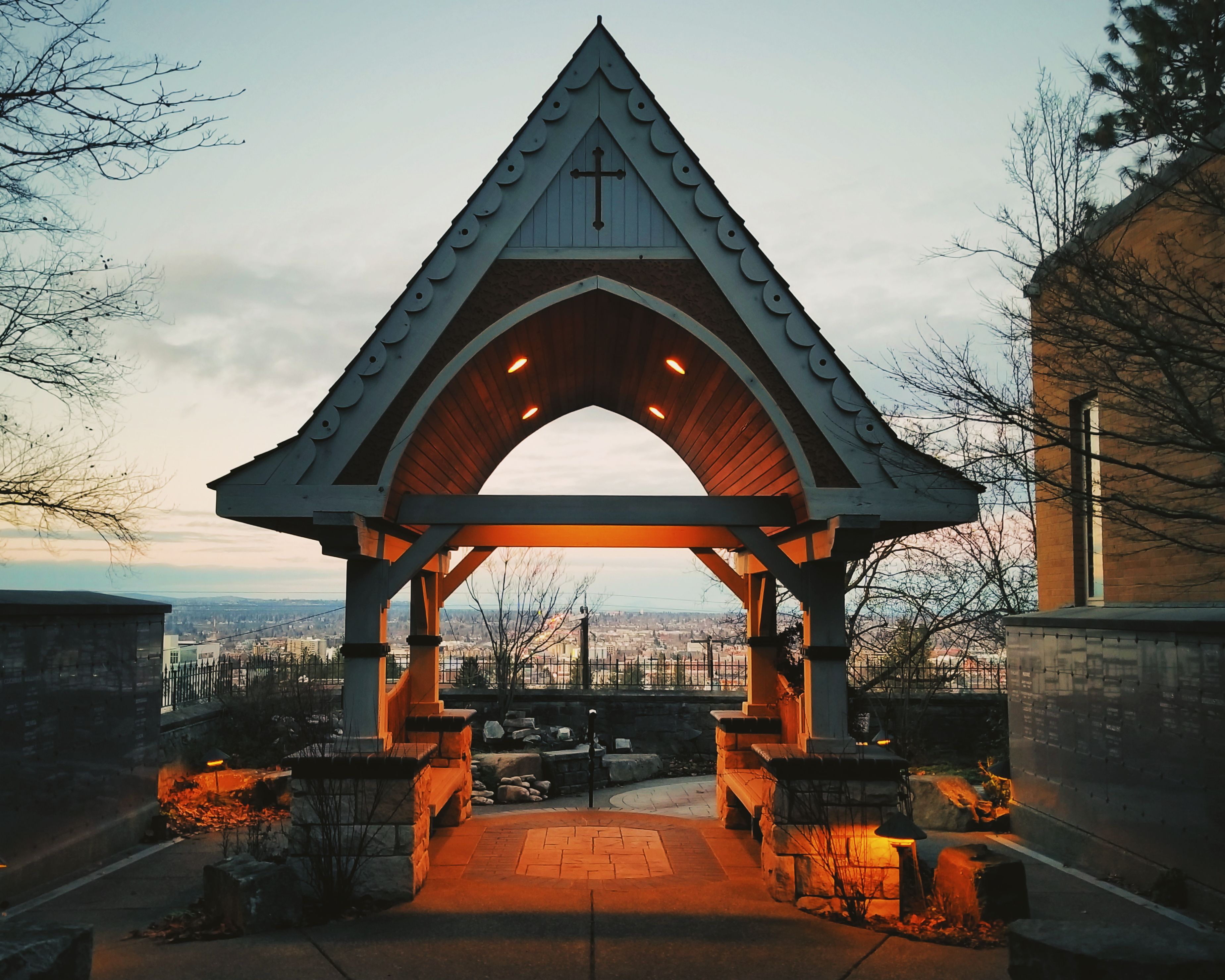 And this is the surrounding area by the church.. This building is part of the Church. I think some people live there. 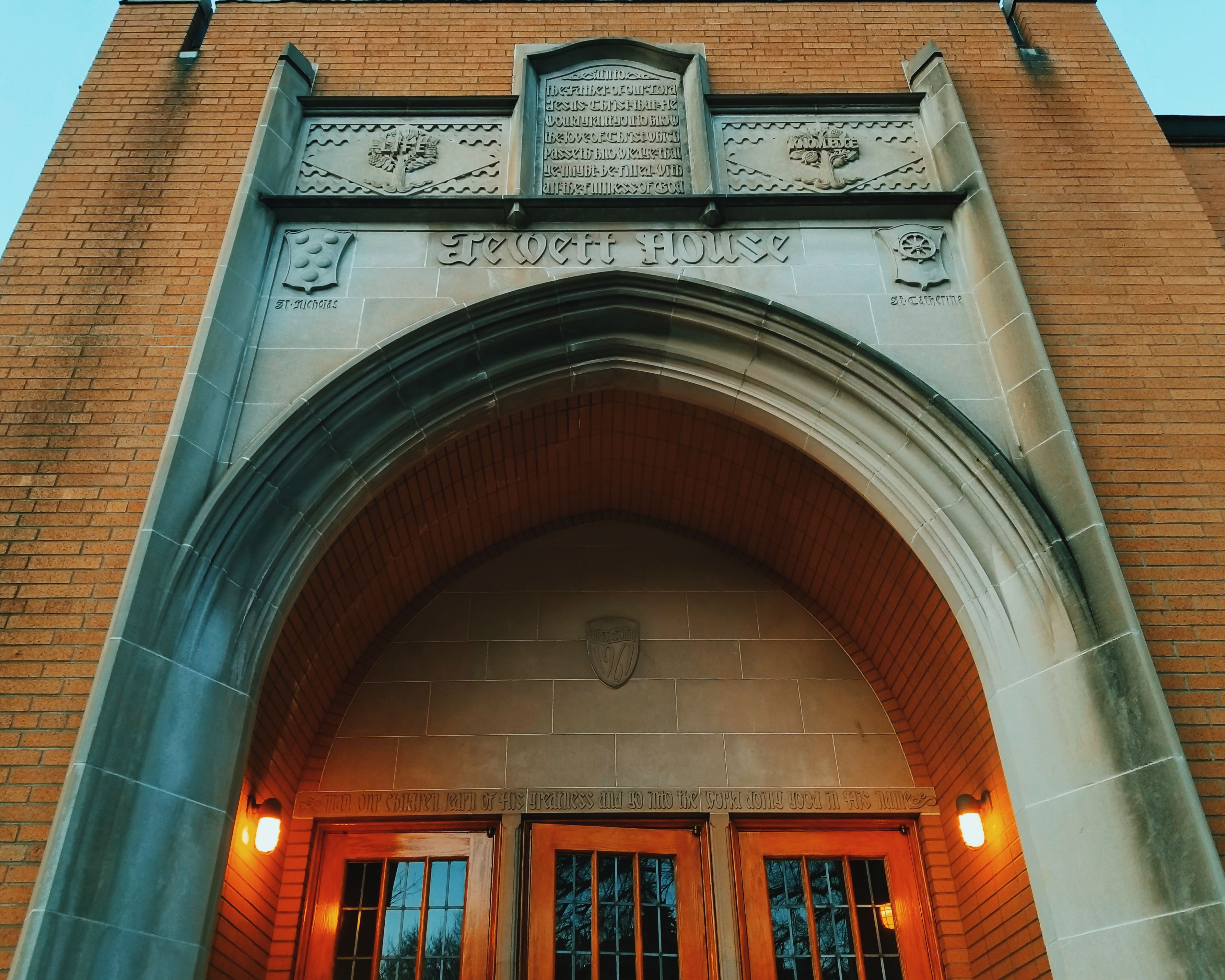 All pictures were taken with Samsung Galaxy s8.

Beautiful photography, I see you dedication in work.

That's pretty spectacular @ella-kay. I'll have to do a road trip south and visit. Here's the map location: https://goo.gl/maps/6XFqJ4ijfaM2

Love seeing this post! Especially as someone who lives in Washington state--it’s neat to see our region being repped on steemit. You’re the second person who did some beautiful content I’ve seen today about the Pacific Northwest. More please! :)

Coming from a religious country, I can say this structure is one of the most beautiful out there!

I agree, it is very pretty. thanks for stopping by :)

I'll visit Spokane in April for business trip and feel like I need to visit here ;-)

I will post more about Spokane. Hopefully you will want to visit those places too :) thanks for reading

The US churches have a different feel from the European ones. Although I'm not religous I've been visiting a lot of cathedrals this week and really like the serenity of them.

I am not religious either even though I come from religious family, but yeah there are differences between US churches and European, mostly it is because US churches are a lot newer. thanks for stopping by :)

It has an amazing architecture!

indeed it has :) thanks for stopping by

I love cathedrals and sacred sites of all kinds. This is amazing! Gorgeous photos. Thank you for sharing. I'm sure I'll be in Spokane one day, so I'll put this on my list of things to visit!

thank you! Spokane has a lot of history! I will be writing a lot about this little city. Maybe you will find something else that you will want to see :)

Amazing architecture. Probably some Freemasons or Rosicrucians involved in the design, there's quite a few esoteric symbols, like the smaller stained glass window with the Trillium flower, and the keys and scimitar crests in the designs around the doorway.

I agree. I thought the same thing, but I can't find any information about it.

This is one beautiful church. The acrchitecture, design everything. thanks for letting us travel through your photos.

wow what a nice place you've got. I guest mostly of people wanted to go that church, its comfortable and peacefully to pray. :)

I usually don't go to church, but this is one church I would go. thanks for checking out my post :)

Hey i loved your pictures, you're quite something, but i admire your ability to sneak inside churches to take some awesome photographs haha.
I'll follow you, nice work, keep it up!

Btw, the sun clock it's my favorite, this church reminds me the Nidaros cathedral in Noruega.

You've managed to capture the beauty of the church - external architecture & the interior. All on a Samsung Galaxy S8! Enjoyed your post.