10 Amazing Facts about our my Country Philippines #SteemitPh 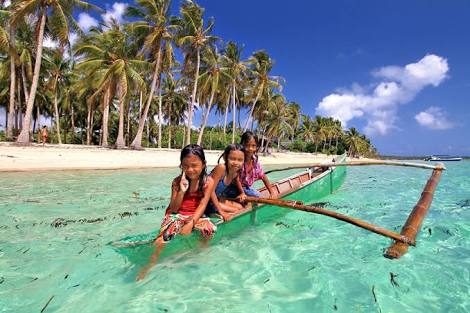 The Philippines dubbed as Pearl of the Orient consists of more than 7,100 beautiful islands sculpted by Mother Nature through time. It has been battered by bad weathers, shook by strong earthquakes, and reformed by volcanic eruptions.

The Battle of the Philippine Sea (June 19–20, 1944) and the Battle of Leyte Gulf (October 23–26, 1944) both hold a mind-blowing record for being the largest naval battle in history for some criteria.

The Battle of Philippine Sea is considered as the largest aircraft carrier battle in history. The standoff between the US Navy and the Japanese Empire Navy involved 15 US fleet and light carriers, 9 Japanese carriers, 170 other warships and about 1,700 aircraft. The US fifth Fleet’s Task Force 58 that took action during the battle is also considered by historians as the largest single naval formation ever to give a battle.

The Battle of Leyte Gulf was a clash of naval prowess between the US 3rd and 7th Fleets (assisted by the Australian Royal Navy) and the Japanese Imperial Navy during the World War II. The combined forces of the United States 3rd and 7th Fleets and some Australian warships included 8 large aircraft carriers, 8 light carriers, 12 battleships,18 escort carriers, 24 cruisers, 141 destroyers and destroyer escorts, several other ships, and some 1,500 aircraft. The Allied Forces came out victorious against the Japanese forces, which comprised of 4 aircraft carriers, 9 battleships, 19 cruisers, 34 destroyers and hundreds of aircraft.

Also read: 8 Facts about the Battle of Leyte Gulf that Will Blow Your Mind

The Vulcan Point is an islet inside the crater lake (known as the Main Crater Lake) of Taal Volcano, the smallest active volcano in the world. The Vulcan Point is also considered as the world’s largest island within a lake on an island in a lake on an island. The islet was formed when the deposits of the huge eruption that occurred in 1911 extensively changed the floor of the Main Crater.

Taal volcano crater
The Main Crater and the Vulcan Point at Taal Volcano. Photo by FAQ.ph

Tourists from the Philippines and other parts of the world visit the Volcano Island and trek the Taal Volcano to see the stunning view of the Main Crater and the Vulcan Point inside it.

SM Megamall
The Mega Fashion Hall of SM Megamall, the largest mall in the Philippines and third largest in the world in terms of gross leasable area. Image by RioHondo via Wikipedia.

Filipinos love going to mall, whether to shop, dine, watch movies or just have fun roaming around. That is why it’s not surprising that 3 of the 10 largest malls in the world are found in the Philippines.

Also read: What is the total land area occupied by all SM Supermalls in the Philippines?

During a state of war, the Philippine Flag is inverted, showing the red stripe at the top. The Flag was hoisted this way during the Filipino Revolutionary War (1898-1901) and in the World War II (1941–1945).

The “Palawan Princess”, considered as the world’s second largest pearl was also discovered off the coast of Palawan island. The pearl weighs 2.27 kilograms (5 lbs) and was put on auction by Bonhams and Butterfields of Los Angeles on December 6, 2009. Although the five pound pearl have an estimated worth of $300,000 to $400,000, it was not sold.

According to this list made by Wikipedia, Manila ranked first in the list of Cities by population density with only 2,498 hectares of land area occupied by over 1.65 million populace. It has a density of 42,857 people per square kilometer or 43 people per square meter.

So if you hate the heavy traffic in Metro Manila, don’t just blame it to the roads or vehicles. The overpopulation in Manila and other cities in NCR has a lot to do with those traffic jams.

Also read: 10 Alarming Facts about Traffic in Metro Manila that You Should Know

The whole country would virtually stand still during Manny Paquiao’s boxing fights. During his latest 12 round-fight against the undefeated American boxer Floyd Mayweather, Jr., the Philippine National Police (PNP) recorded no crime at all in Metro Manila, though there were a few recorded in other parts of the country. This was not the first time, same was declared during his fights against other great boxers such as Chris Algeiri in 2014 and the Mexican boxer Juan Manuel Marquez both in 2008 and 2011. There had also been a remarkable drop of crime rates during other major fights of the Filipino boxing champion.

Who would forget the havoc endured by the central part of the Philippines from typhoon Yolanda (Haiyan) which meteorologist considered as one of the strongest tropical cyclones ever to hit Southeast Asia? It is the deadliest typhoon in the Philippines ever recorded in modern history, killing at least 6,100 people according to the Philippine government, although some locals believed that the actual death tool could be as high as 15,000. Yolanda is also the strongest storm recorded at landfall, and the strongest typhoon ever recorded in terms of one-minute sustained wind speed of 315 km/h (195 mph). Up until now, at least a thousand remains missing.

Due to the catastrophic damage on infrastructure, agriculture and high death toll, PAGASA declared that the name Yolanda will be erased from the typhoon naming lists. It was replaced with the name Yasmin for the 2017 season. During the 2014 annual session of the ESCAP/WMO Typhoon Committee they likewise announced that the name Haiyan would be taken out from the naming lists and use the name Bailu instead.

Camiguin_across_Bohol_Sea
Camiguin as seen across the Bohol Sea. Photo by P199 via Wikimedia Commons.

Despite of the fact that it is one of the smallest islands in the Philippines in area and population, having a length of only 23 kilometers and width of a little more than 14 kilometers, it has 7 volcanoes which were mostly responsible for the island’s formation. Camiguin province is also the only place in the Philippines which has more volcanoes (7) than towns (5).

Earthquakes and volcanic eruptions shaped this beautiful little island and made it one of the most visited islands in the Philippines by tourists from all over the world.

Pinatubo eruption
Mount Pinatubo at daybreak on June 15, 1991, a few minutes after the start of the climactic eruption. Photo by Smithsonian Institution.

Mount Pinatubo’s eruption in June 15, 1991 sent up a cloudy plume that reached some 25 miles (40 kilometers) high into the air. The effects of the Mount Pinatubo’s destructive eruption were felt throughout the whole world after it emitted around 10 million tons of magma and 20 million tons of toxic sulfur dioxide. Due to the vast amount of ashes infused into the atmosphere, the global temperature dropped by 1 degree Fahrenheit over the following months and year.

It killed at least 847 people, injured 184, and left more than 1 million people homeless.

Congratulations @charles16! You have completed some achievement on Steemit and have been rewarded with new badge(s) :

Congratulations @charles16! You have completed some achievement on Steemit and have been rewarded with new badge(s) :