Roraima - Majestic path to the house of the gods

"Tepuy" is an indigenous Pemon (Venezuelan origin) word, meaning the house of the gods.

Like steppe wolves the tepuyes stand out with their individuality, avoid being part of a common formation, they have remained erect for four million years. 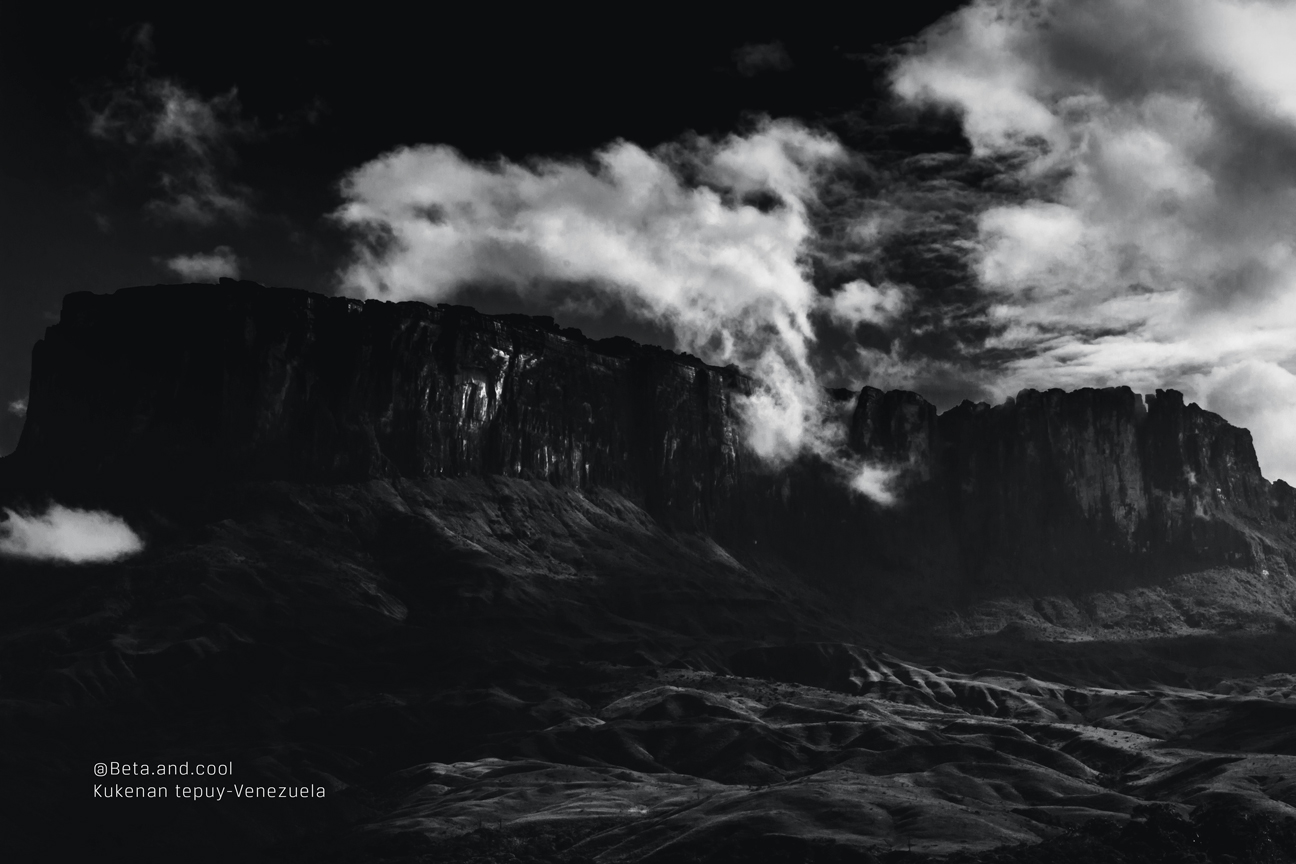 Climbing Kukenan tepuy is prohibited since 1997, it is considered sacred by the indigenous people, some insist, that you should not look at it, one can see it only indirectly. The Sarisariñama dazzles geologists due to it’s almost perfectly circular sinks. The Acopán with it’s 2112 meters, was first climbed in 2002, it is a great irresistible rock that attracts climbers from all over the world. 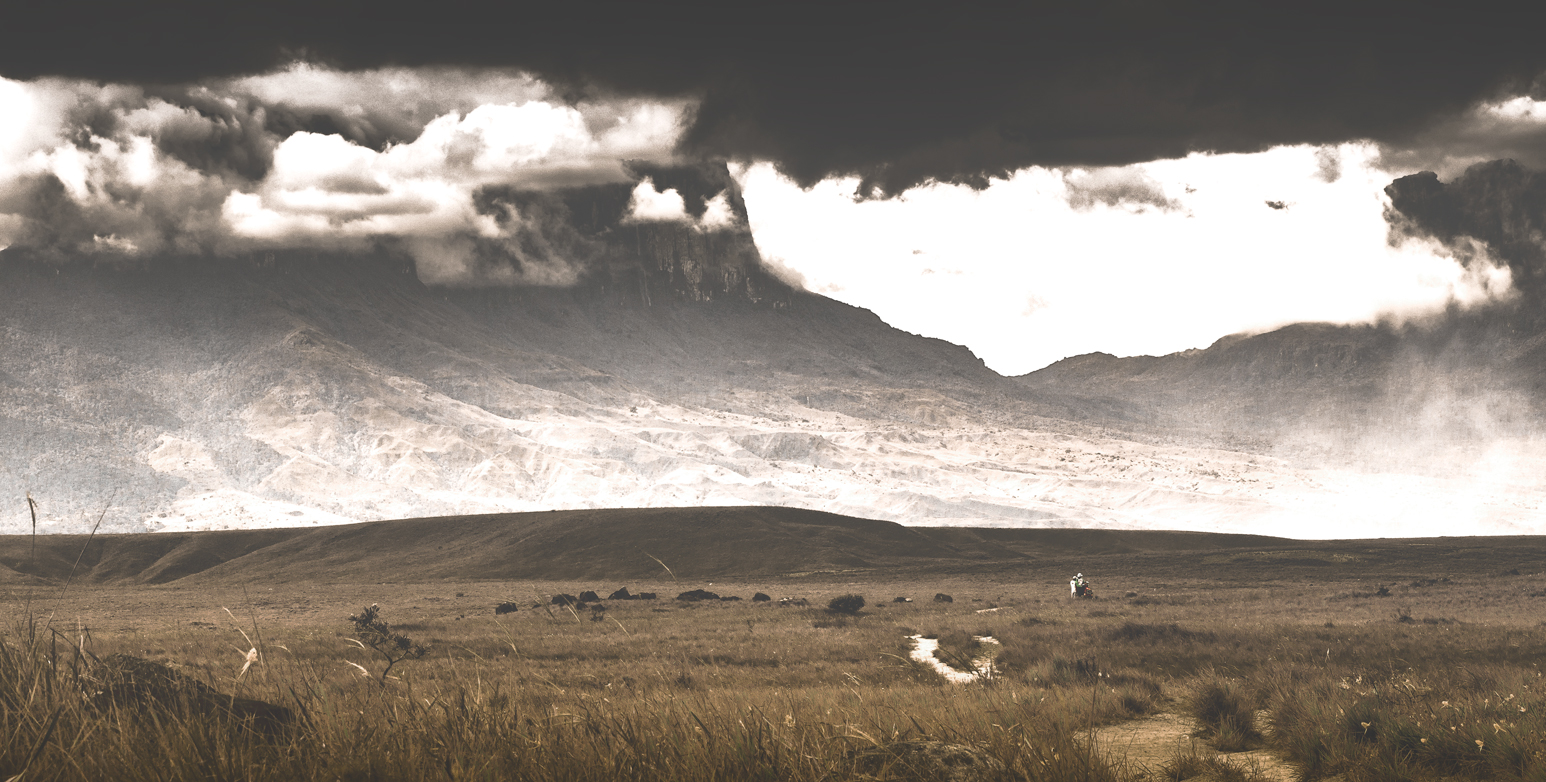 Irrespective of cultural contrast, the old guys tepuyes, join with ones spirit, generate intrigue and integrate with ones aura, involving the origin of life, whether through our faith or science. The most visited of all the tepuis is Roraima tepuy, included in the wish lists and favourite destinations of a large number of travellers. Roraima receives about 3,000 visits annually.

Roraima "the mother of all waters" or "Great teal" as they call her (native language), has a large inventory of tourist attractions, that make your hiking trail extraordinary.

Camp Paraitepuy, starting point of the excursion is 22 km from Roraima.
Paraitepuy is an indigenous population of approximately 250 inhabitants.
Tök River Camp
Kukenán Camp
Military camp
Base camp
The ramp
Step of tears
Summit and first viewpoint
The Maverick
Hotels: Guacharo, Sucre, Principal, Arenal, San Francisco, Indio, Basilio.
Window
The grotto of the guácharos
The valley of the crystals
The jacuzzis with a quartz background.
The hole
Triple point or tripoint
Hotel Gruta do Quati
Viewpoints around the Hotel Gruta Do Quati
The Prow 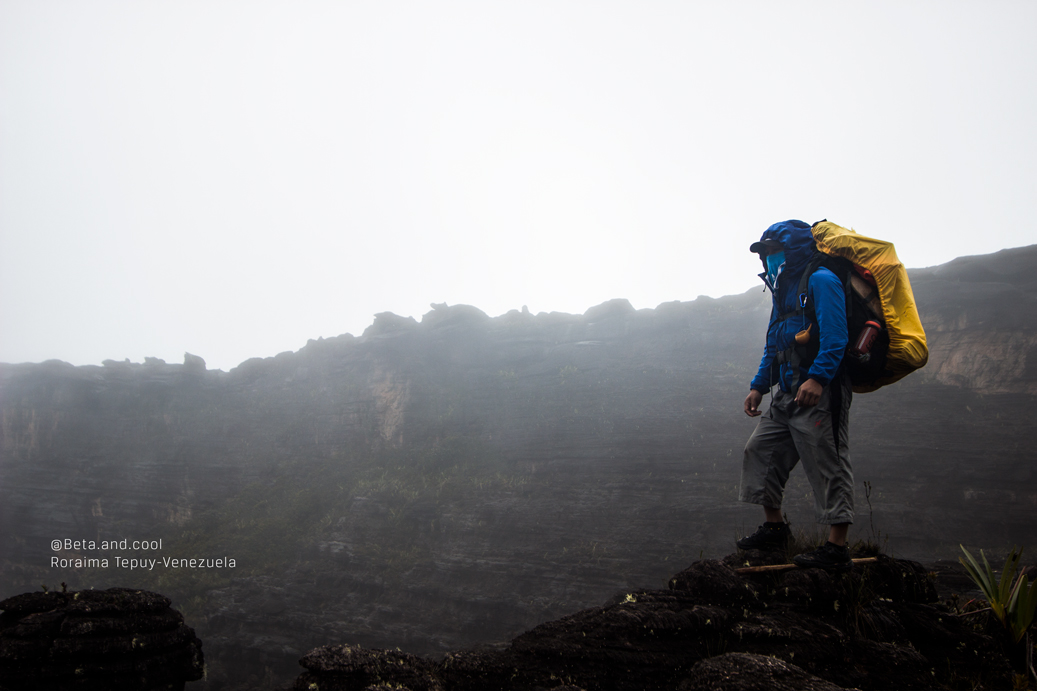 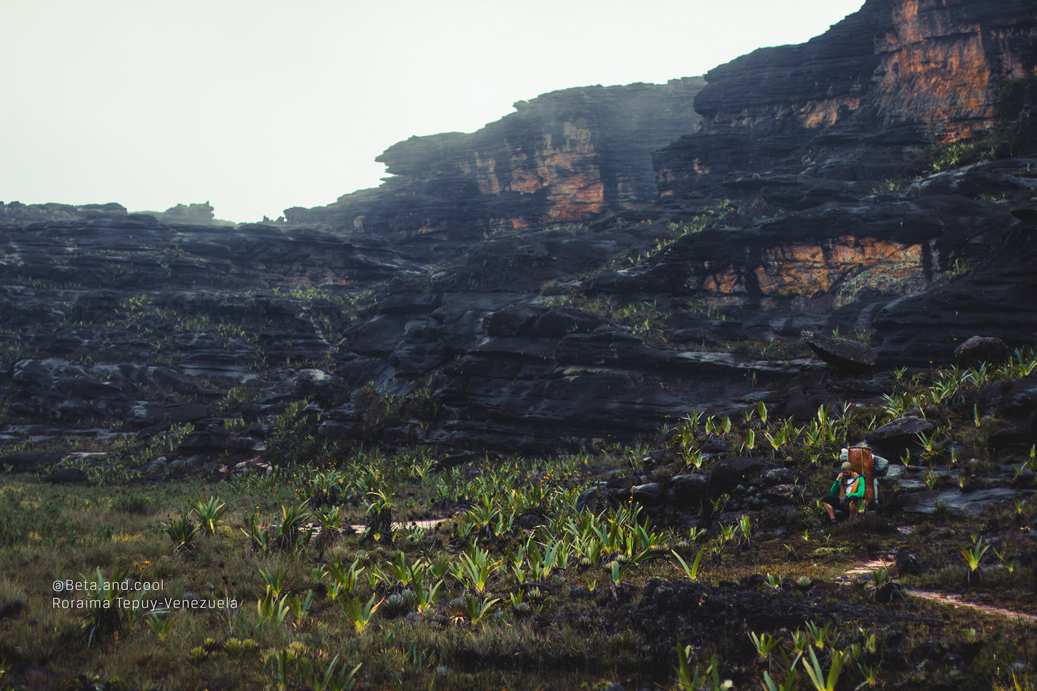 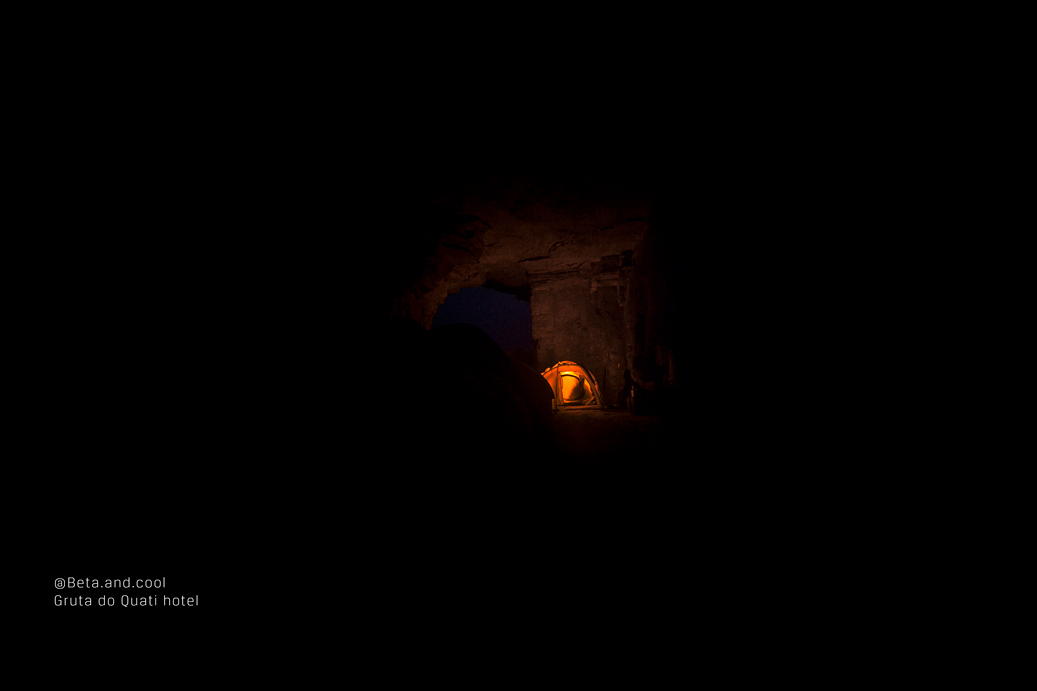 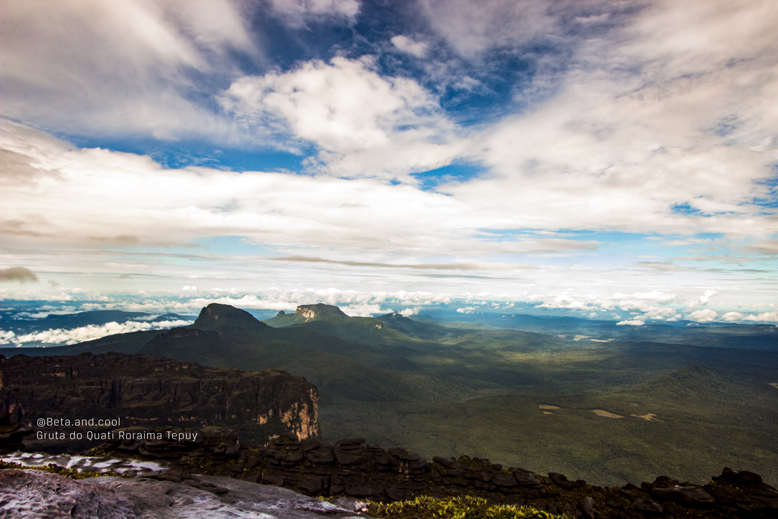 You can reach Roraima from Venezuela or Brazil. Currently the safest way to arrive is through Brazil. Look for the details below.

How to get there from Venezuela?

From the International Airport Simón Bolivar (CCS-Venezuela) you must take a flight to the city of Puerto Ordaz (PZO), once you are there, you will have to jump into a car and have a road trip.

From Puerto Ordaz you have two options: 1) You can go by Bus on your own, just need to buy a ticket from Puerto Ordaz to Santa Elena de Üairen (Closest City to Tepuy Roraima) or ..

How to get there from Brazil?

The route would be very similar, the best choice is to hire a travel agency and get the guidance of professionals.

The advantages of arriving from Brazil?
It is the safest way at the moment. In Brazil you must arrive from the international airport, and make the corresponding connections to the city of Boa Vista.
From Boa Vista you will cross the Brazilian border in the hired vehicles, directly to the indigenous community of Paraitepuy, where the trekking to Roraima begins.

Roraima is not the end of the road but the beginning!
It is a purifying experience, beyond the marvellous landscapes, the feeling of reunion with the origin of our being, a sensation that never leaves and like the essence of the Tepuy, it lasts through time. That's why, once being at the top, one feels the need to attend the call of Roraima and return.
People who were once strangers, become friends and sometimes the tepuy brings them together in a new spiritual way. On the road to Roraima stress is abandoned and the worries are left behind. The emptiness generated by routine and daily life is filled with positive energy as a result of the conquest of each section of the excursion.

Confidence, plenitude, peace, harmony are themselves part of the Roraima Tepuy experience. Personally during my visit to Roraima, I have discovered the path in me, that moved me so much, that with each step that of the trip, it became more transcendental, more spiritual. At one point it was no longer important to reach the top and from there I felt like the road filled me with peace, tranquillity and lots of energy. Energy to never stop walking.

I hope you have enjoyed this post, thanks for reading. Do not forget to comment and do not be hesitate to ask any questions. All image are mine!

Submit
$150.95
36 votes
17
Authors get paid when people like you upvote their post.If you enjoyed what you read here, create your account today and start earning FREE STEEM!
Sort Order:
[-]
ruul (28)  ·  2 years ago

Good photos, I am a photographer, it passes for my blog and sees my content, I hope that it should be of your taste :D greetings

Congratulations @beta.and.cool, this post is the most rewarded post (based on pending payouts) in the last 12 hours written by a Newbie account holder (accounts that hold between 0.01 and 0.1 Mega Vests). The total number of posts by newbie account holders during this period was 3682 and the total pending payments to posts in this category was $3365.01. To see the full list of highest paid posts across all accounts categories, click here.

Roraima is such a magical place. I went there a few years ago and it's one of my South America highlights for sure. As one of the editors for @steemitworldmap’s daily #traveldigest, I would love to see this post pop up on http://steemitworldmap.com. If you're interested, simply go to the website, search for your location, click on code (down the bottom) and add a short description. It will then generate the code you need to copy and paste into your post (not the comments) to have it show up on steemit worldmap. There’s also a FAQ section if you get a bit lost.
You can find out about the project here:
https://steemit.com/travel/@steemitworldmap/steemit-worldmap

Thank you so much @choogirl

Congratulations, your post received one of the top 10 most powerful upvotes in the last 12 hours. You received an upvote from @hendrikdegrote valued at 138.71 SBD, based on the pending payout at the time the data was extracted.

Really educative, keep it up

Hi @eyovictor, thanks for read!

The @OriginalWorks bot has determined this post by @beta.and.cool to be original material and upvoted it!


Please note that this is a BETA version. Feel free to leave a reply if you feel this is an error to help improve accuracy.