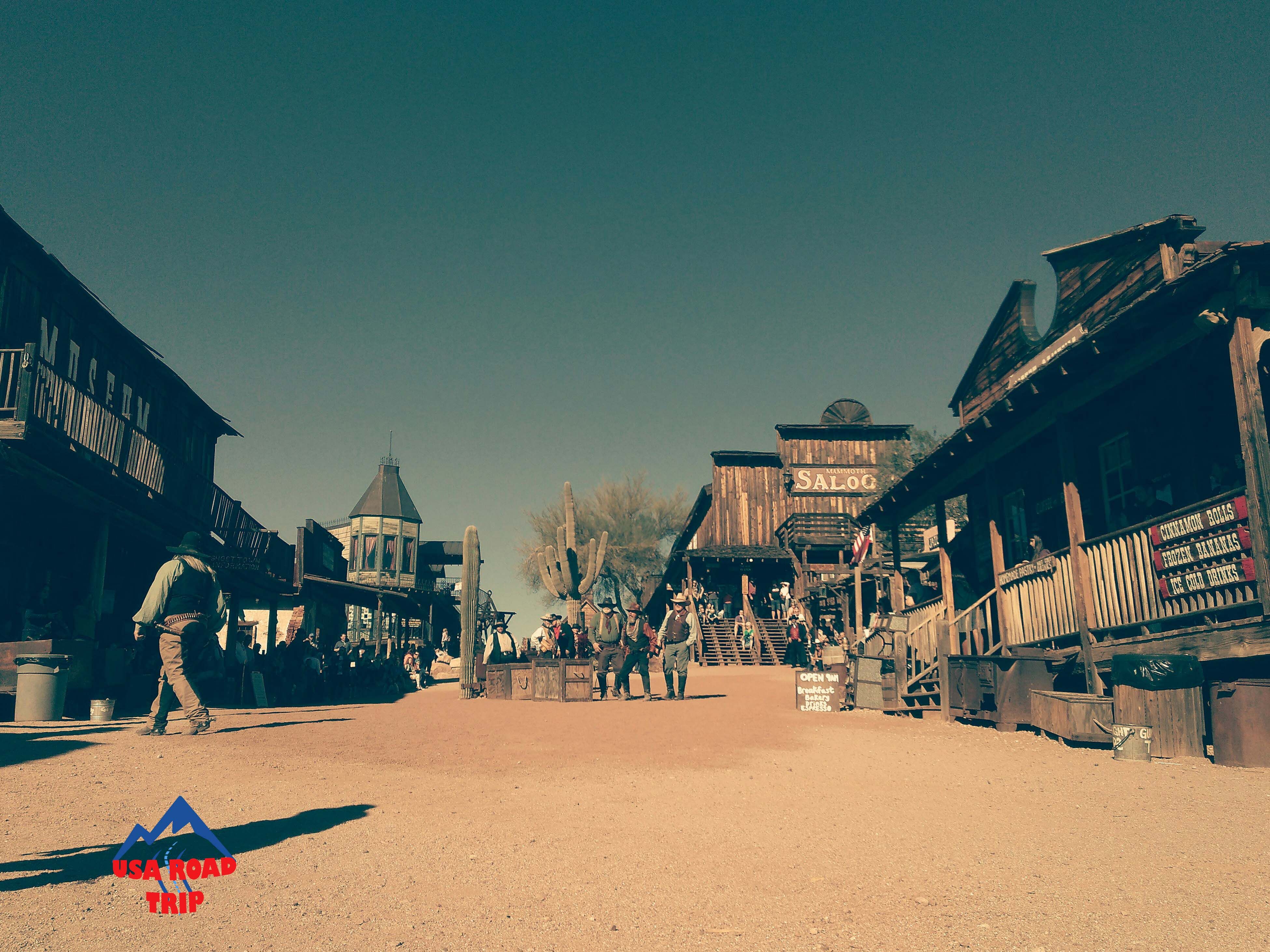 The lost Dutchman’s mine is probably the most popular one in the American history. The rich gold mine was discovered by a German immigrant in the 19th century. He kept it in secret, but the location is generally believed to be in the Superstition Mountains, Arizona. Although, more than 100 years passed people are still looking for the mine. Not less than 8000 individuals annually make some effort to discover the hidden treasure according to Wikipedia. Dozens of those have vanished without trace seeking the mine, which made it even more popular and mysterious. 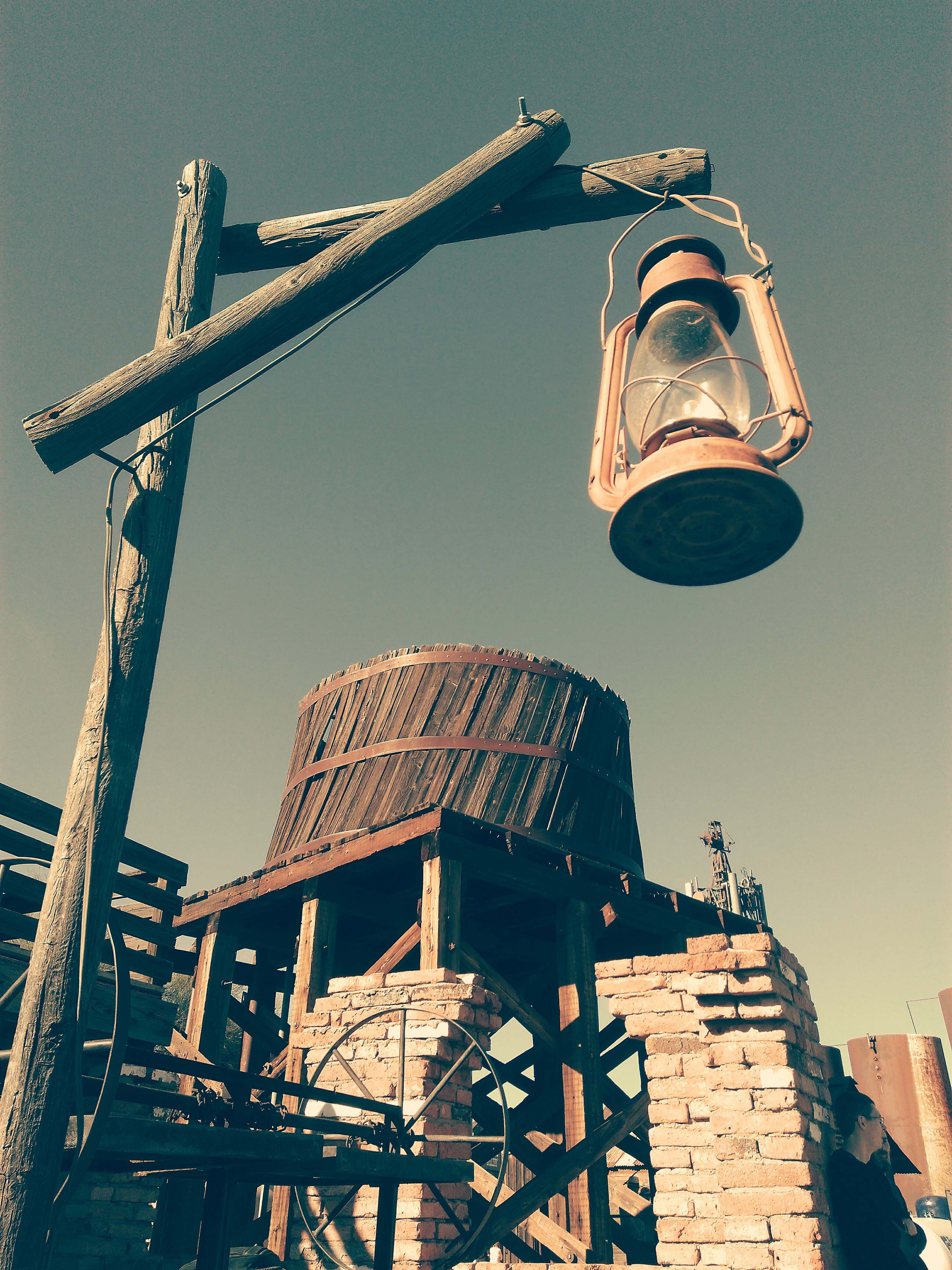 The first people who settled in the area were the Apache Indians. The believed the mountains are a sacred place protected by their Gods and although they knew where the gold was, they never exploited it. The Spanish conquistadors were the first to start mining in the area, although the Apache people were not happy with the presence of the same in their mountains. 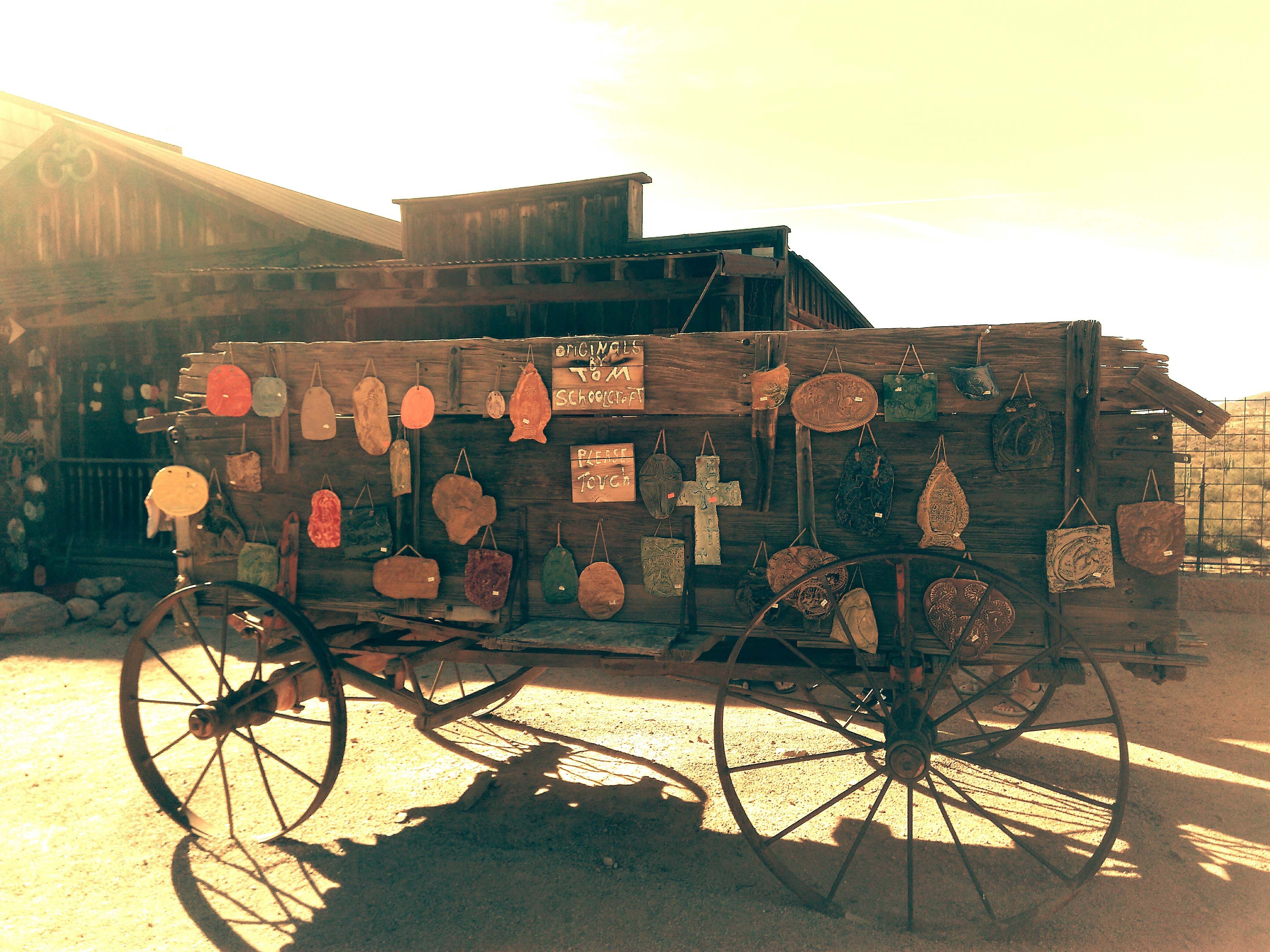 The Indians decided to get rid of them and took them by surprise. All the Spanish were killed leaving behind their gold and equipment in the area, now known as a Goldfield. Years later people were coming to the place hoping they will discover some pieces of the gold left behind by the conquistadors. The last one claimed to be found was in 1914. 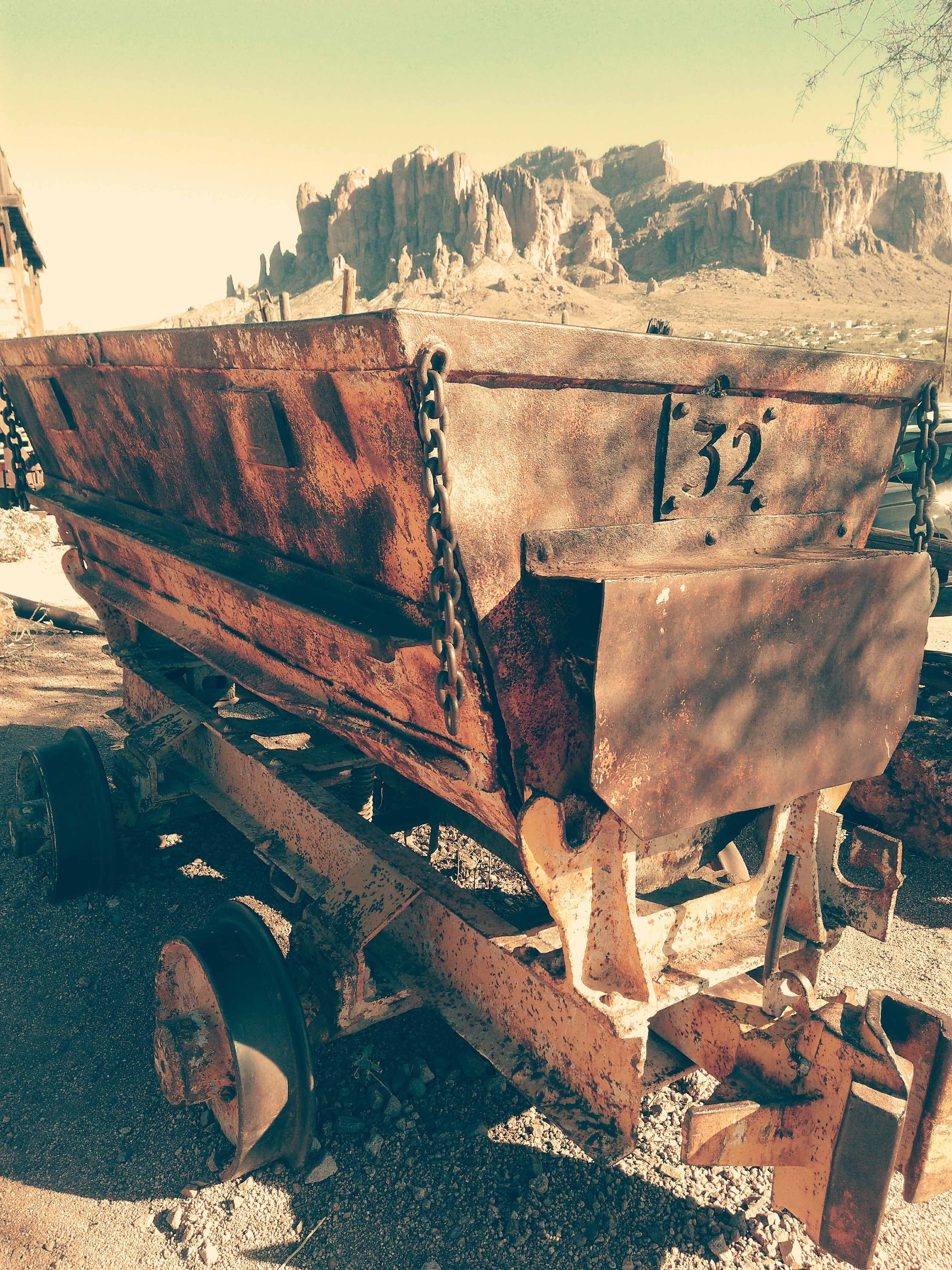 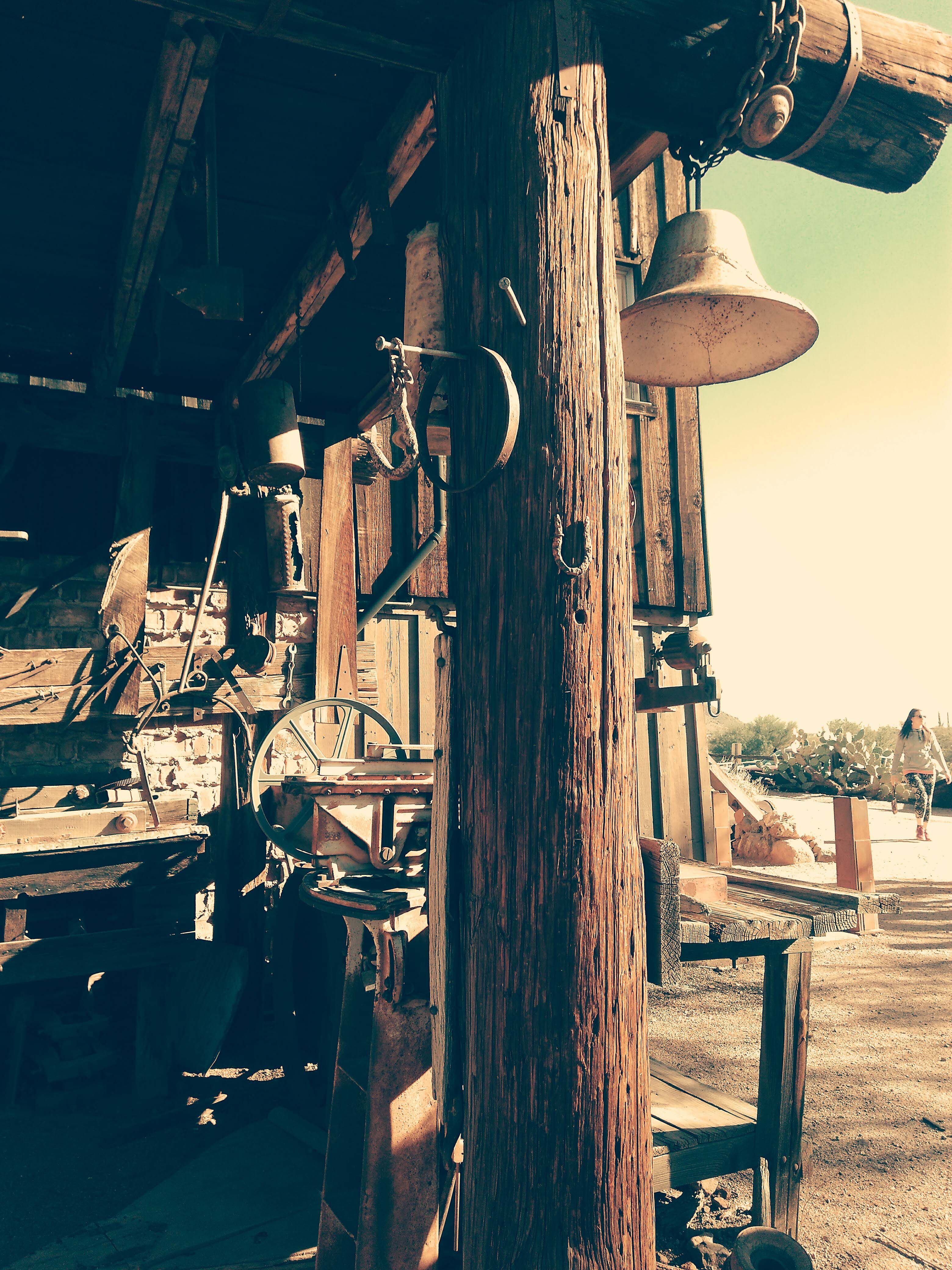 After several unsuccessful attempts to reopen the mines in Goldfield, the town became a tourist attraction. It is free of charge to visit, easily accessible and it has real cowboys inside! You can watch an old west gunfight performed by the same at noon at the main street. Wander around to see the historical buildings. You can pan for gold and take a ride on a narrow-gauge train. Go back to the restaurant next to the church to have a beer later. 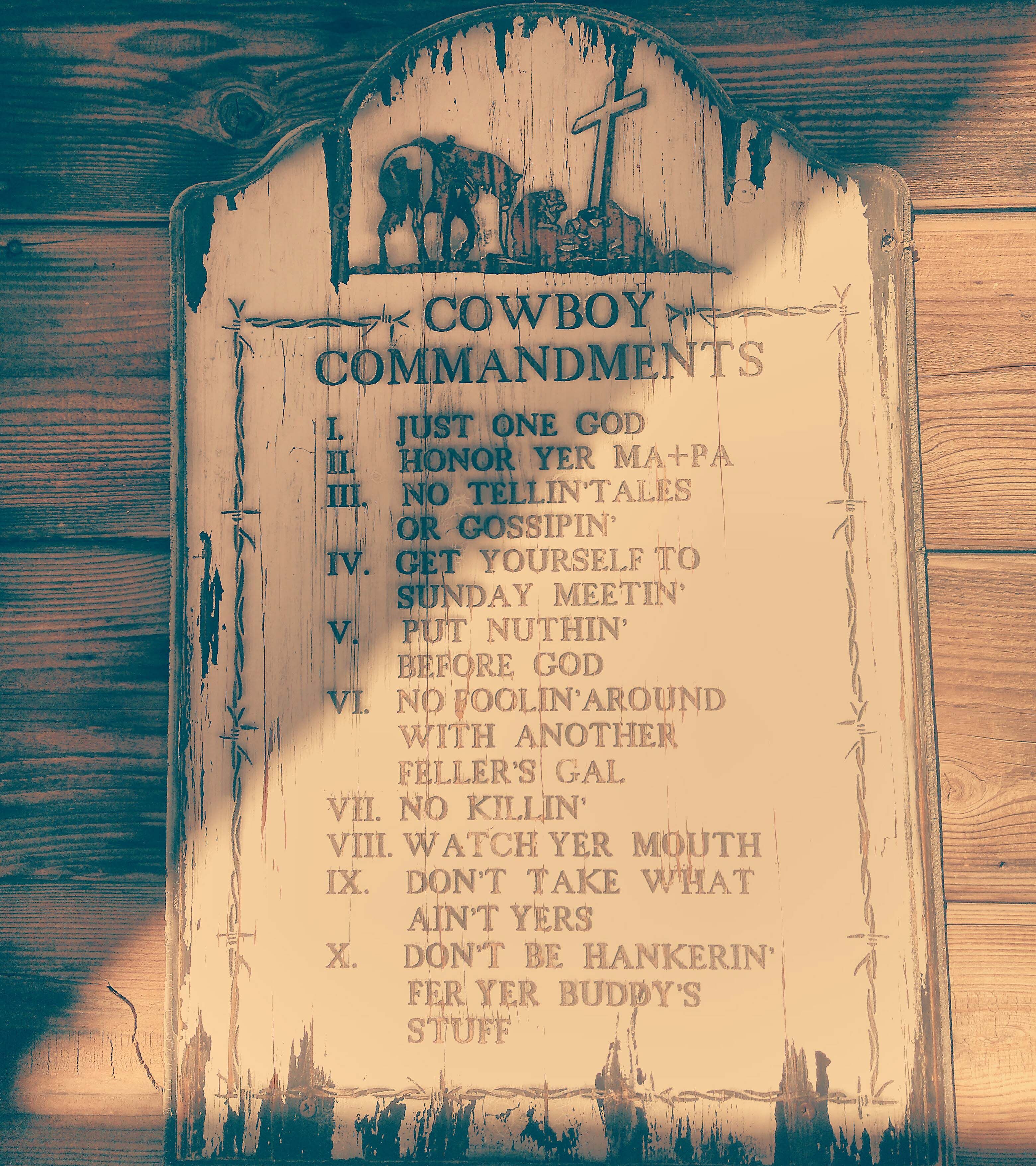 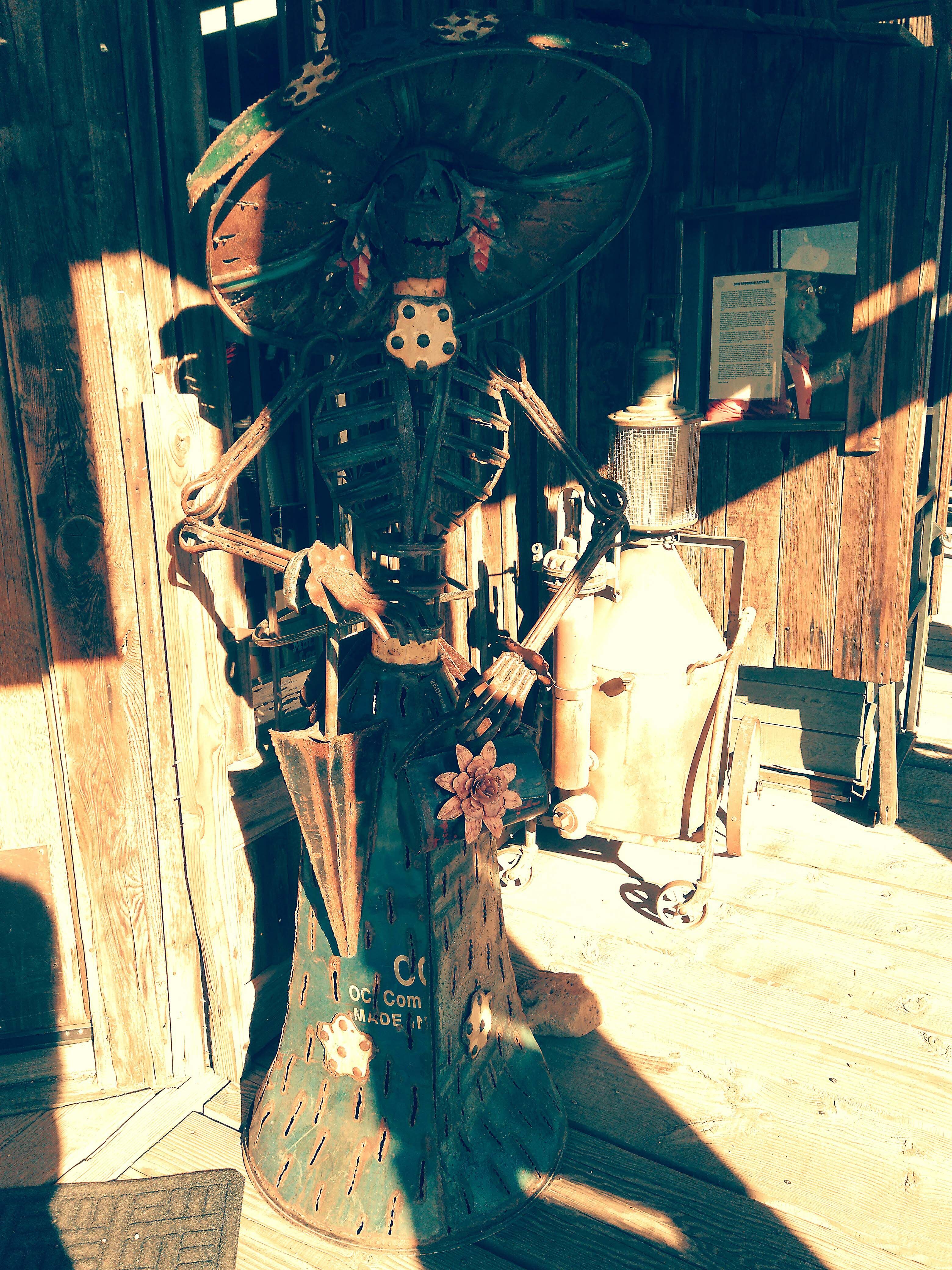 Many people were working in the foothills of the Superstition Mountain in 19 centuries. One of them was the so-called Dutchman. He used to disappear for long periods of time and then mysteriously returning with big amounts of gold. The Dutchman never shared the location of his mine and took the secret to the grave. A lot of people are still searching to find the mysterious treasure, but none of them succeeded. 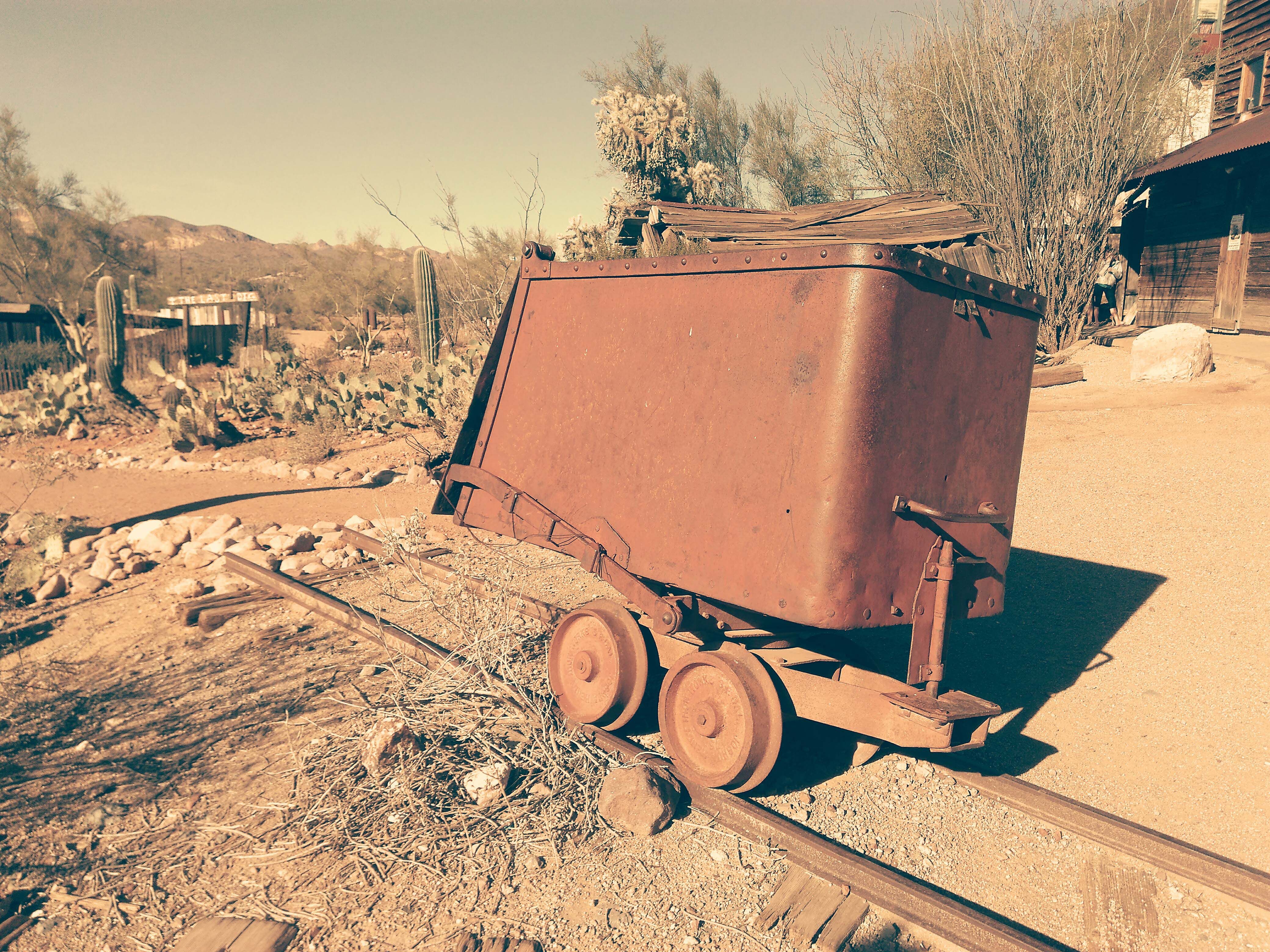 If you don't have the time to search the entire mountain you can try your chances in Goldfield Ghost town. Even if you don't find a shiny piece of gold you are guaranteed a lot of fun!

All pictures are taken and edited to suit the story by me (:. Sources of information: Wikipedia, Goldfield ghost town official website and the below two gentlemen: Thank you for reading and upvoting! Cheers and keep searching, Eva (:

This is so cool. It reminds me a bit of Back to the Future 3.

That was also my first impression @choogirl Maybe is the same location ...to be honest I did not check it @best-trip-eva you should watch it when you can.... By the way Congratulations for this post!!

Never seen it, I will give it a try if it looks like this :))

Before watch the third one I suggest to you watching also the 1st and the 2nd Back to future is one of my favorite movies.

I always struggle with finding a movie, so you just made my life easier for about a month :D

I am glad to hear that hope you enjoy it!

Looks just like you've visited the Westworld themepark haha. Do people still live in the village? Or is is only for tourists now?

Exactly what I was thinking! Awesome photos, especially love that shot of the horse!

Thank you! I spent a lot of time taking pictures :)))

It is only for tourists but it looks awesome!!! :D I felt like I am participating in a movie :)

Hey, Eva :) Your post just resurged my interest in the wild west. I love the mood in your photos and the cowbow commandments
😁

haha :) the Cowboys were super nice and funny, almost convinced me to stay there and participate in their gunfights :D

Ah, this was another lovely place! You really did a good job in capturing that midwest-vibe, haha!

Those cowboys on the last photo are great, especially the left one with a white beard, tie, boots and a belly :D Reminds me on some good old western movies with Clint Eastwood and John Wayne.

Does they have any authentic meals from the wild west?

:D Glad you like them :) I haven't found anything different than burgers, fries, icecream, and popcorn. Maybe those are authentic... not sure what were they eating at that time :))