Don't you just love Mural arts so much? Those mural artists worked in a difficult environment to deliver their artwork. Especially here in Malaysia when the weather is either very hot or raining non-stop. In appreciation for those artists hard work, I walked in Chow Kit Road Kuala Lumpur this evening to capture some mural wall photos. The mural artworks were painted on walls nearby Quill City Mall. I appreciated its distinguishing characteristic of the mural paintings that depicted architectural elements of the given space which were harmoniously incorporated into the artworks that the artists amazingly delivered.

The theme of the mural walls is "Best of Malaysia" featuring some famous places, food, animal, and culture around Malaysia. The project was tag under #ChowKitMural Malaysia, which was a project done by Malaysian lead designers (Monche Haizal Jamil, Shikin Hambali, Lutfi Archi, Nabilah Syawal), artists friends, volunteer painters and lecturer Ahmad Fahmi from Universiti Kuala Lumpur, and the support from the KL municipal council, in the effort to make Kuala Lumpur city more vibrant. The project was completed in September 2017

Here are some of the photos taken today. Hope you like them. 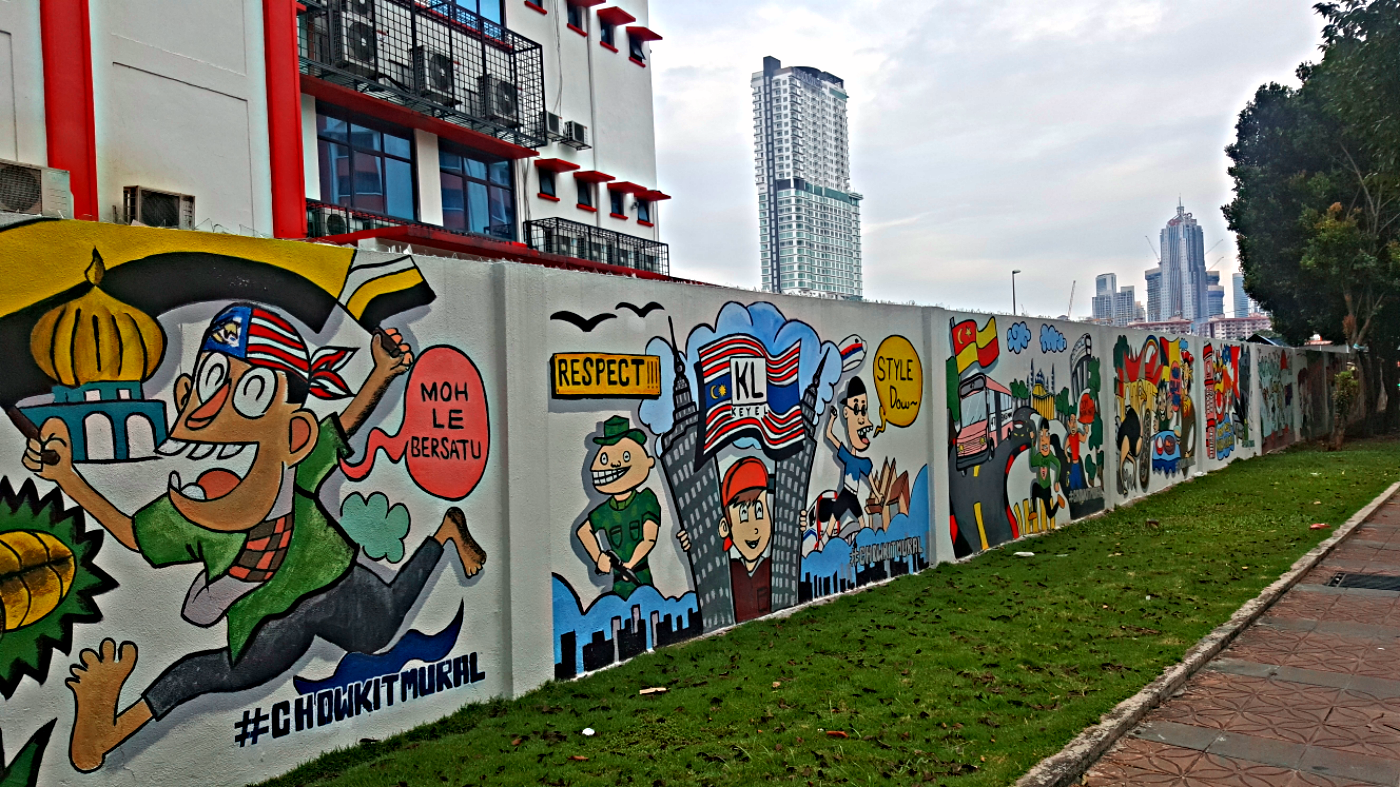 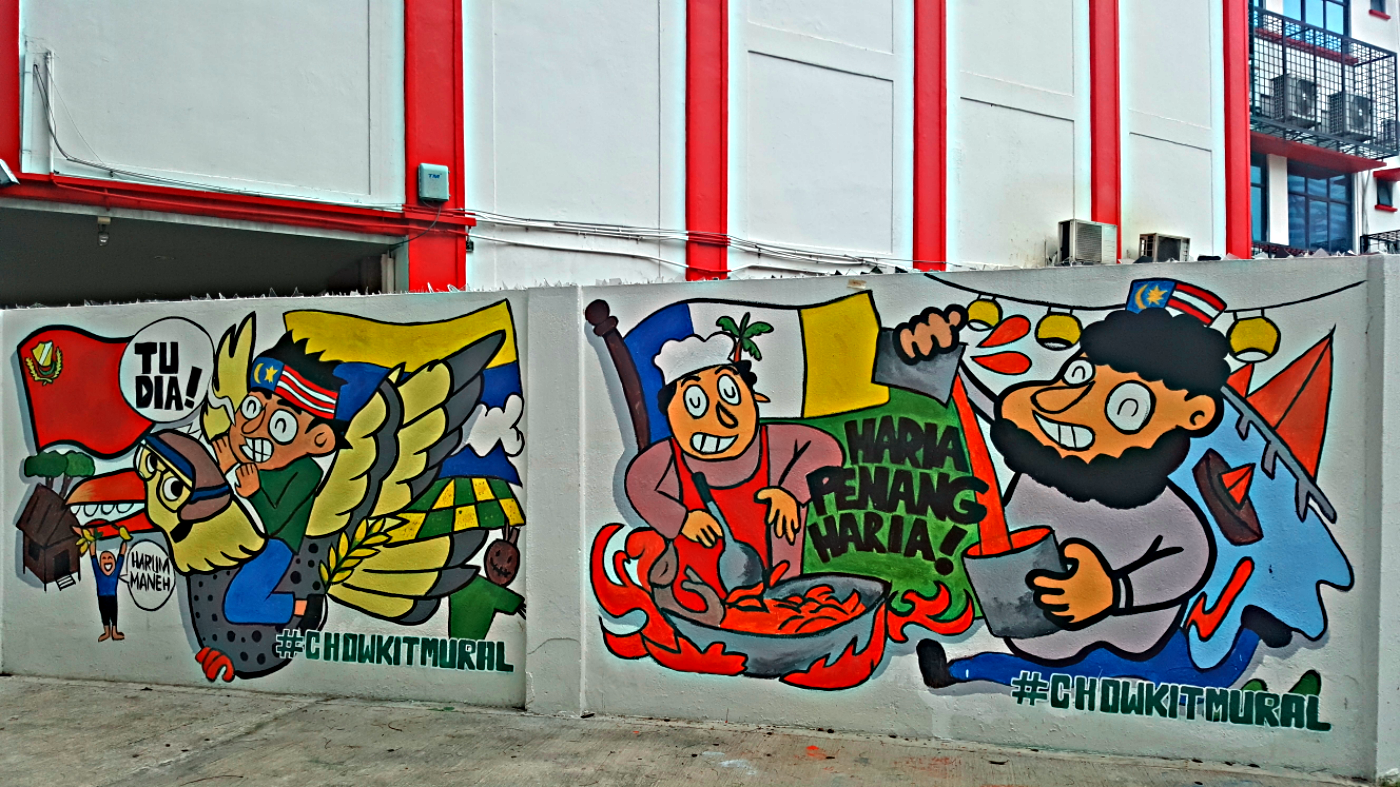 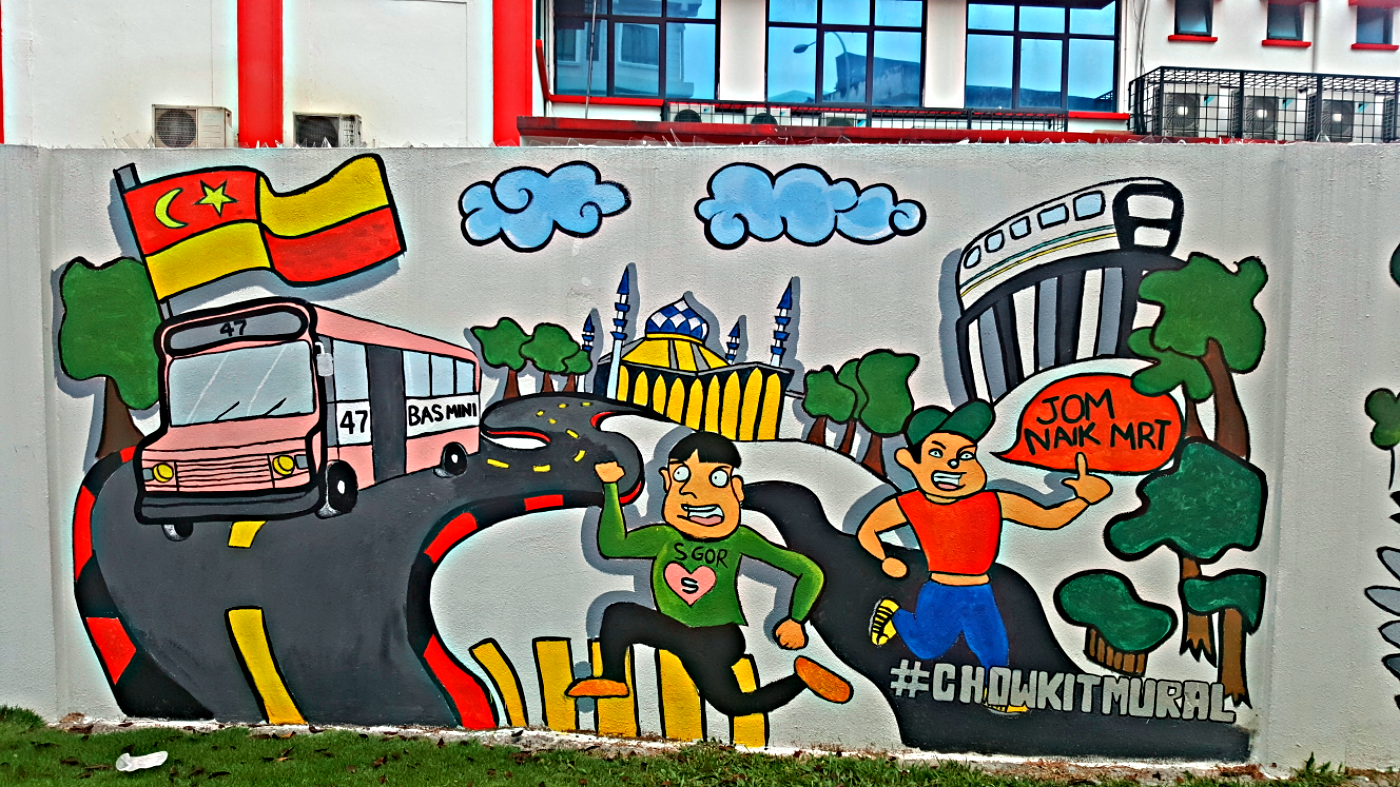 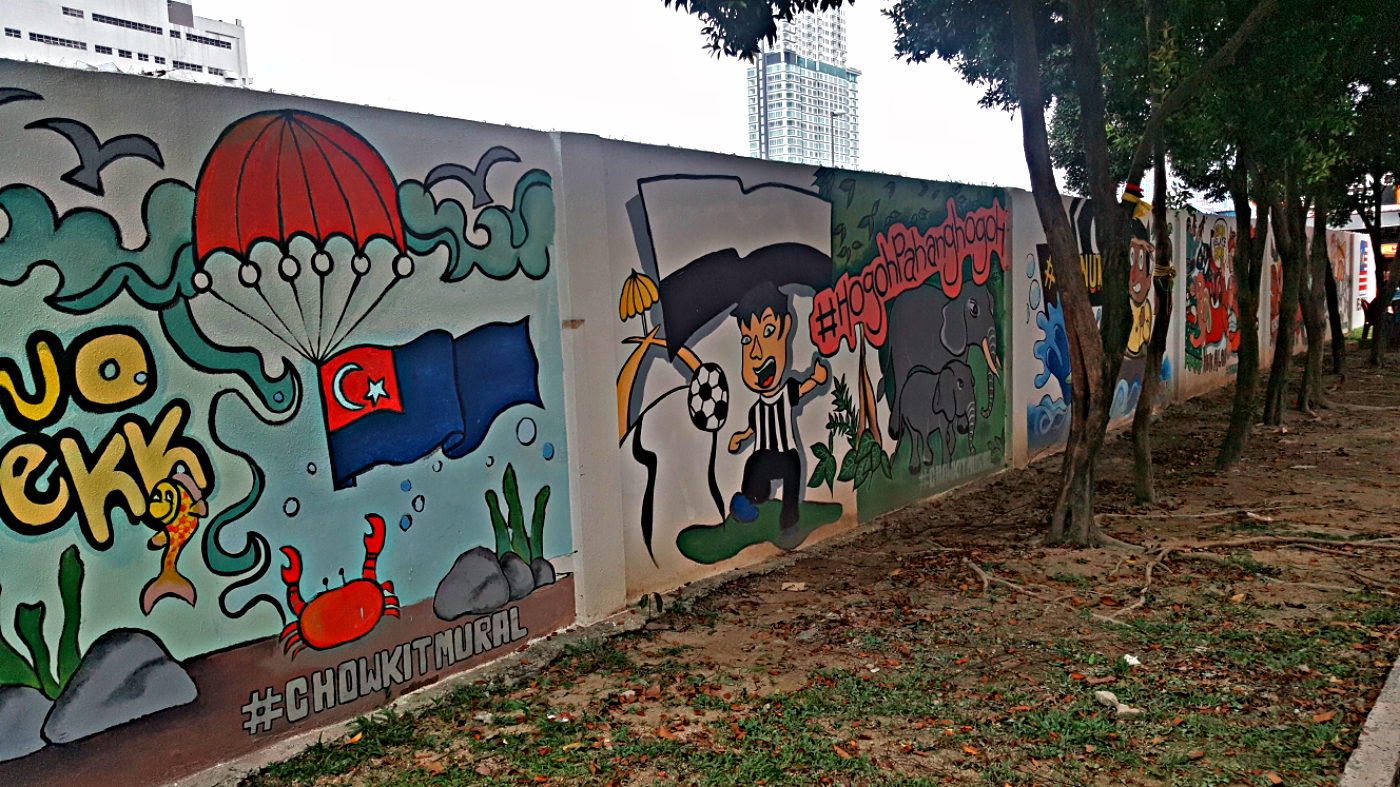 Hello @denni.japro, thanks and Have a Nice Day!

Thanks @followforupvotes, appreciate so much :)

Hi, Nice posts. I think you'll enjoy a challenge I have started.
You can guess the location the picture was taken and you can win 0.1 SBD. Here is the link to my introduction the competition: Where Is This Challenge

Hi @maryarez, thanks for dropping by, okay will check out your challenge.

Hahahah thanks so much @rlt47, have a pleasant day 😊

@ainie.kashif To be honest, with this amazing mural artworks in Chow Kit's road - it's definitely gave lots of positive impacts on that area, especially there are more and more local/foreign tourists come to take pictures :)

Kudos for all those amazing and talented lead mural designers~

Yes, it really lifts up the feel around that area which is dull before, kudos to those artists. Thanks @wilhb81, wishing you a pleasant day.

YESSSSS, FINALLY DISCOVERED ANOTHER MALAYSIAN LADY! :) Hi there! My name is Wazir from KL as well :)

Hahahhaha I'm glad to meet another Malaysian Steemian here. I guess you are new so Welcome to Steemit my friend and Steem On! 😊

Hahaha steem on indeed, what do you do for a living btw?

I work in a golf club here in Jalan Tun Razak KL.

Hello there, you must be new. This post has expired after 7 days, please visit my page for my latest posts.

Thanks so much @candyboy, appreciated it. Have a Nice Day!