After waking up at the Lake Isabella KOA, we broke camp, did our laundry (finally!) and hit the road before the extreme heat set in. The day was fairly uneventful as we drove South East all day toward the Grand Canyon Village. Driving across death valley was one of the scariest experiences I've had in my life. We were at a half tank of gas and a quarter of a gerry can of water and I was sure that if something went wrong our chances of surviving in the desert would be pretty slim. After driving for about an hour without passing anything but sand and one or two other cars we saw a hitch hiker on the side of the road. How could a hitch hiker have made it this far into the desert? Although we wanted to help, we had little water our selves, and no room in the car for another person, especially another person with a huge backpack, and an even bigger dog. Of course the air conditioning that I had gotten fixed back in New Jersey to prepare for this journey stopped working in the middle of Death Valley of all places. We survived the day in the car though with the help of multiple stops for popsicles and ice water at gas stations. As night fell, we rolled into the Grand Canyon Village and stopped at a grocery store to stock up on camping food. After eating dinner at the campsite and getting ready for bed we had a debate about which time zone we were in. We wanted to get up in time to get to the Grand Canyon Rim before sunrise to watch the sun come up over the rim of the Canyon. We set the alarm for four AM and when we woke we raced to get out of the campsite. We were still an hour from Mather point and the horizon was starting to turn gray. 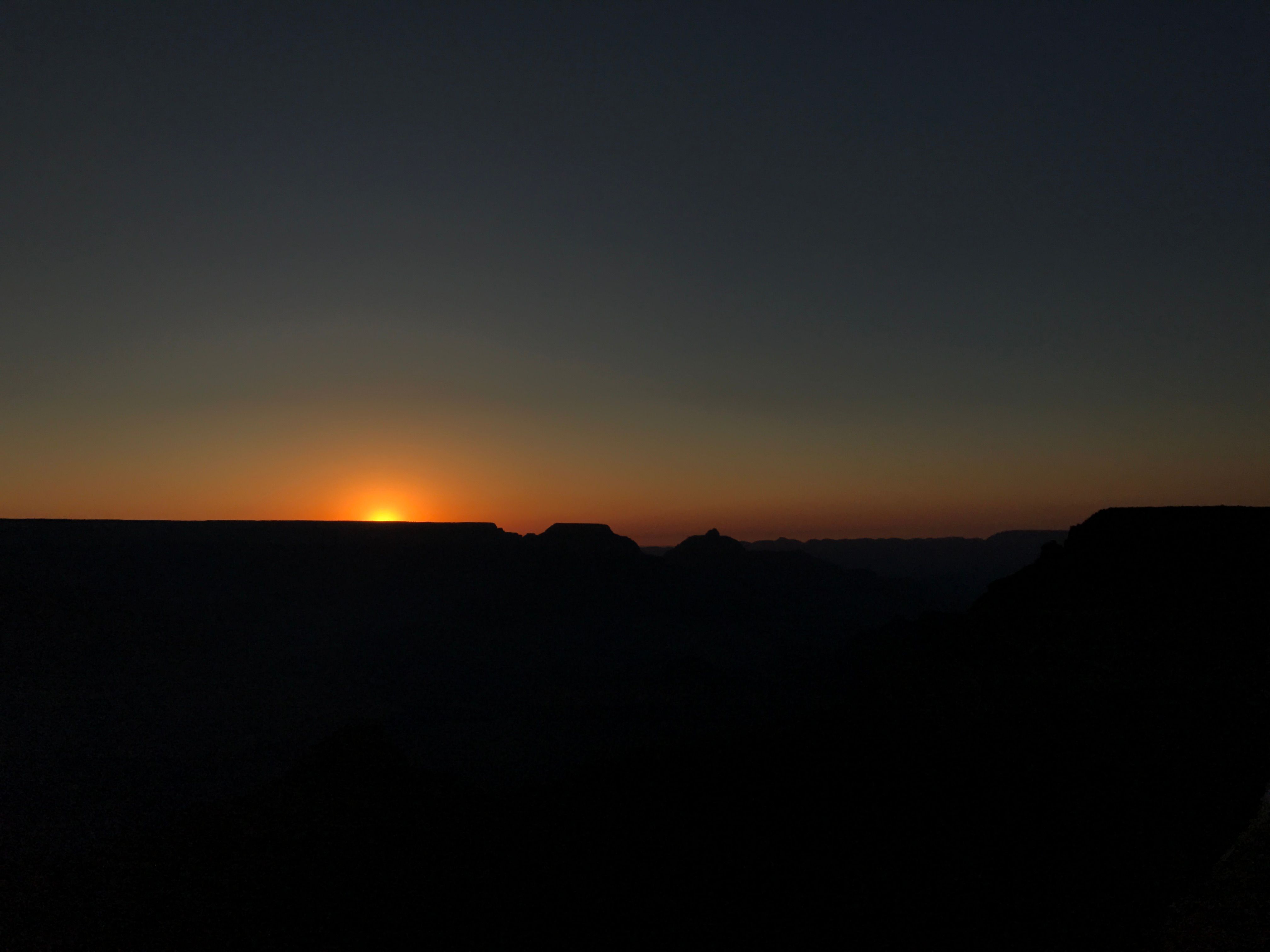 When we finally got to the canyon, we found a spot on the edge and sat down waiting for the natural light show to commence. When the sun finally came up we were amazed with what we saw. The shadows crept further and further away into the bottom of the Canyon until light fell over the whole landscape. After the sun was completely up we stopped at a water bottle filling station where I had an Elk encounter and then headed to the start of the South Kaibab trail. 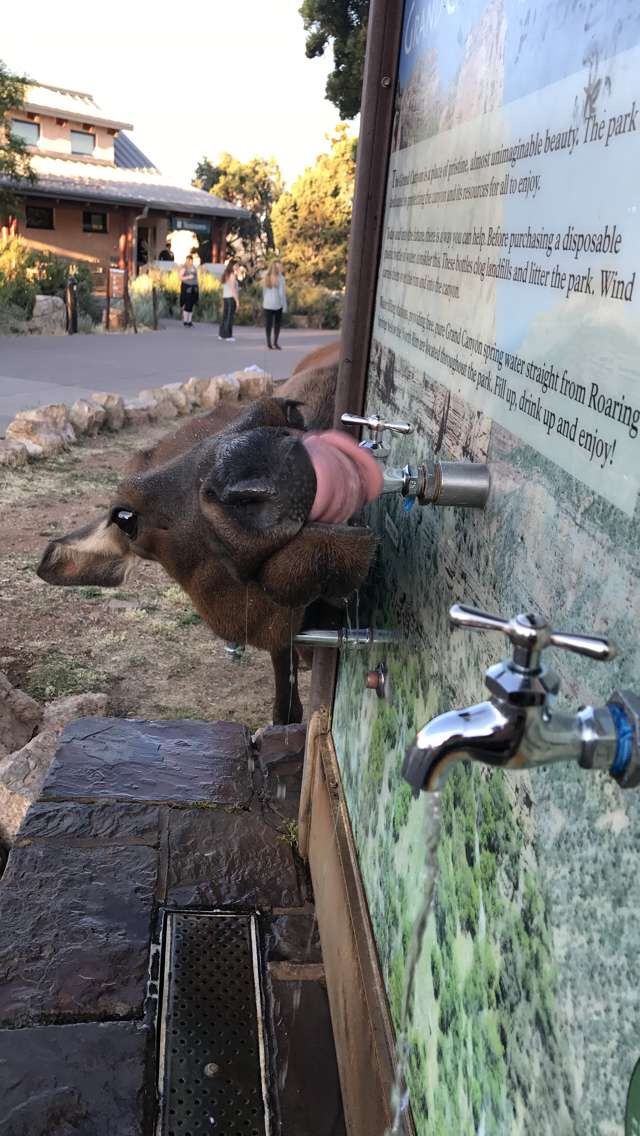 The hike down the Canyon was extremely strenuous, even going down, and the squirrels were much more aggressive at the Grand Canyon than the ones in Jersey are. The hike was worth it though and was really cool. When we had hiked down for a few hours we returned to the rim and spent the rest of the day in the village. The next morning, we drove to Sedona Arizona, probably the coolest (not literally) destination on the trip with the exception of Arches. The temperature was over 105 degrees the whole way there and when we got to Sedona no one wanted to do anything but sleep. We found the first Holiday Inn Express that we could, went up to the room, put the A/C on max and napped for hours. When it had finally cooled off to a reasonable 90 degrees or so in the early evening we decided to do the Devils Bridge hike. The devils bridge is a rock formation that arches over a green and red landscape. It is extremely scary to cross the arch as it is so high up, and the hike to it is difficult yet really scenic. 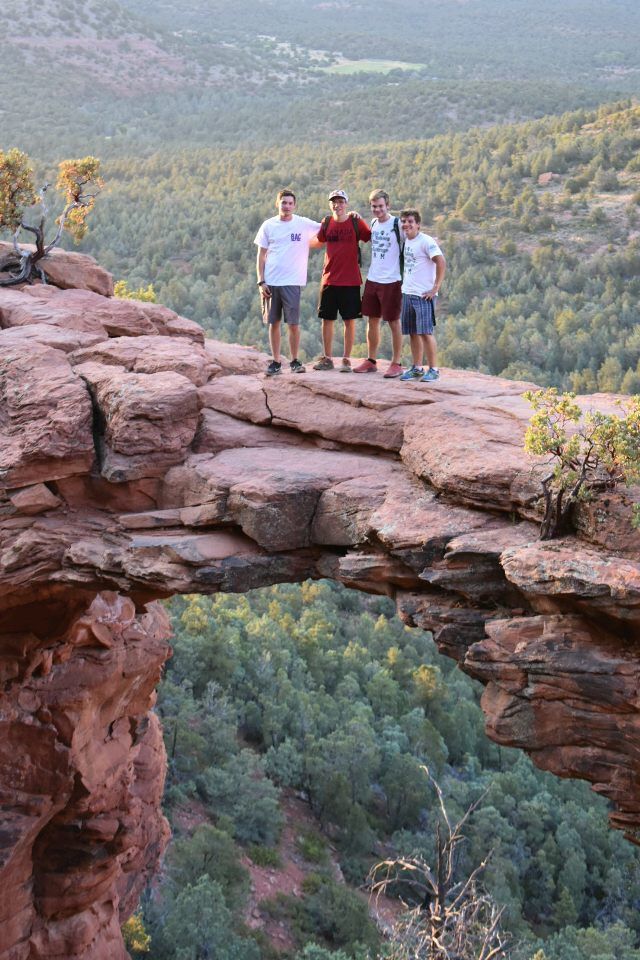 We ended our day in Sedona with a great dinner at the Oak Creek bar and Grill before returning to the Hotel to enjoy the Air Conditioning.

The next day we got back on the road and followed historic Route 66 through ghost towns and abandoned roadside attractions. We passed the famous Arizona crater, and continued on to Winslow where we stood on a famous corner. I realized that the citizens of the town must hat the song because it's all that ever plays in their town. Arizona's Route 66 had a few other interesting attractions as well and before we knew it we were entering New Mexico. 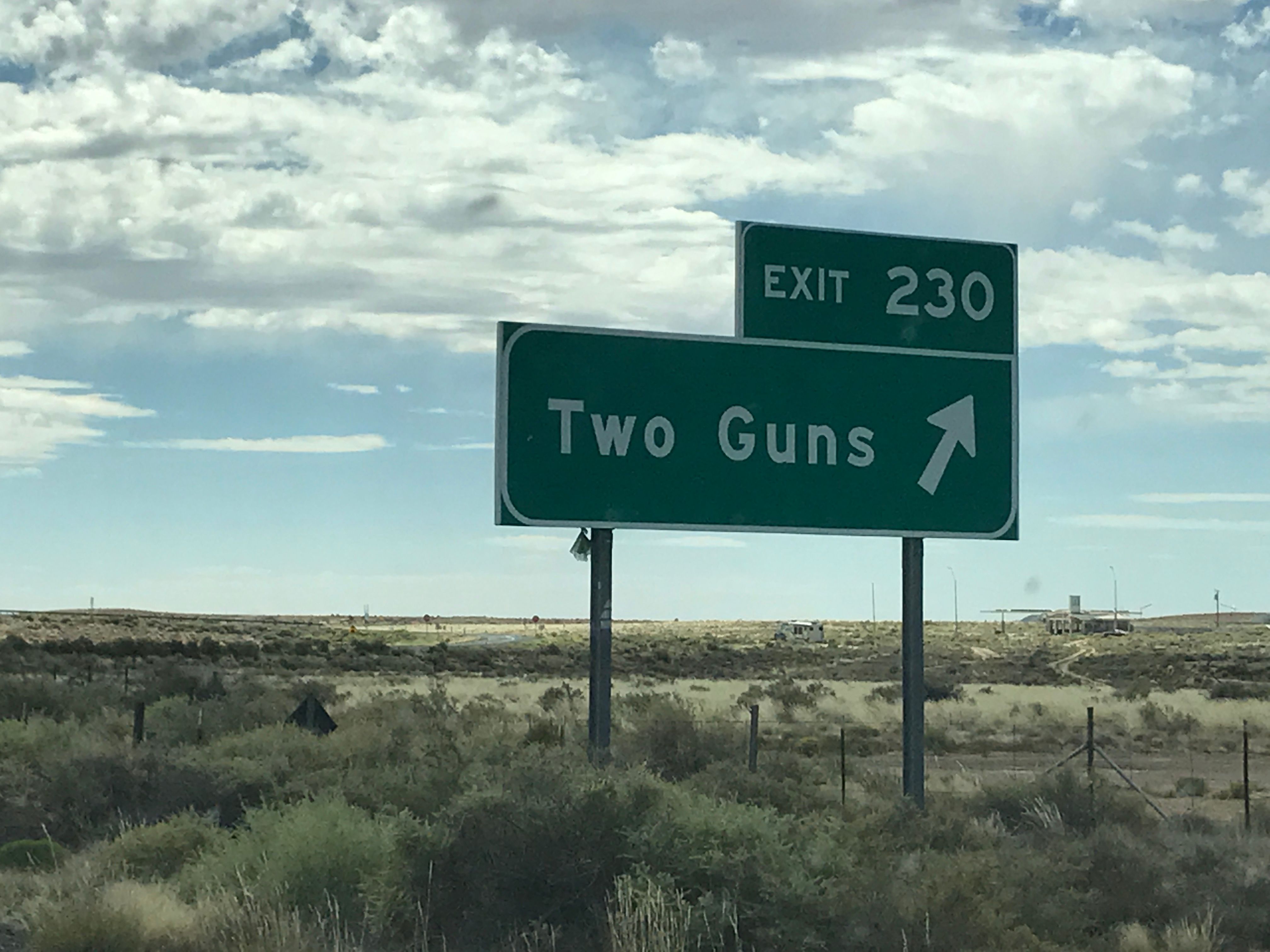 Be sure to UPVOTE, RESTEEM, and FOLLOW for more

As one of the editors for @steemitworldmap’s daily #traveldigest, I would love to see this post pop up on http://steemitworldmap.com. If you're interested, simply go to the website, click on code (down the bottom) and add a short description. It will then generate the code you need to copy and paste into your post (not the comments) to have it show up on steemit worldmap. There’s also a FAQ section if you get a bit lost.

Awesome. I'll check it out. Thanks

Awesome!! It sure does look peaceful out there!!

Yeah it was a really cool experience. Sedona is awesome!

Thanks, I would highly recommend visiting Sedona AZ

Congratulations @aaronburt, this post is the eighth most rewarded post (based on pending payouts) in the last 12 hours written by a User account holder (accounts that hold between 0.1 and 1.0 Mega Vests). The total number of posts by User account holders during this period was 2195 and the total pending payments to posts in this category was $1352.26. To see the full list of highest paid posts across all accounts categories, click here.