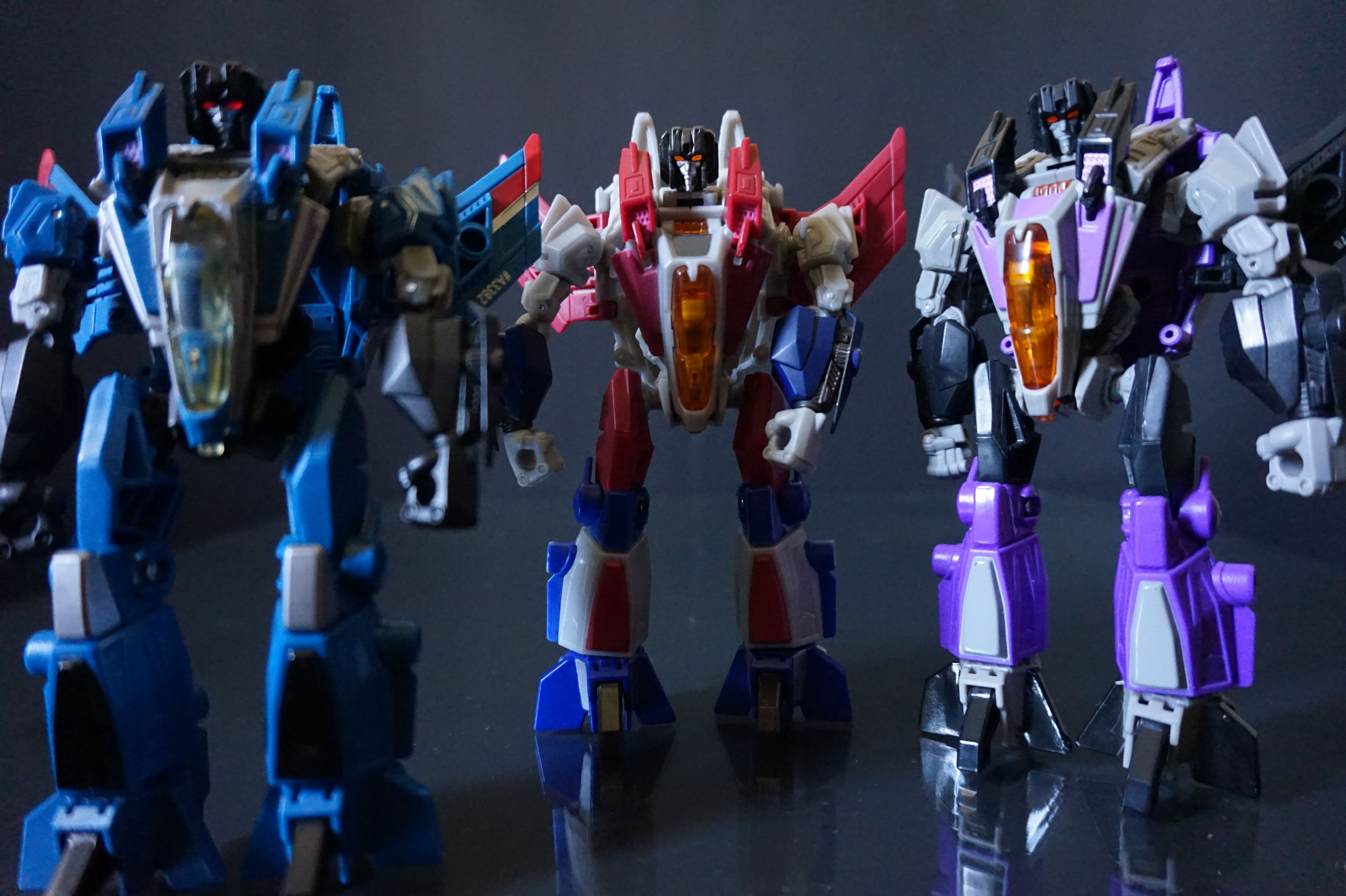 Starscream leader of the Seeker armada.

The term 'Seeker' refers to Decepticon jet troopers who share Starscream's body-type but with different colors or minor variations in wing and head shapes. This is most clearly and commonly known from Generation 1, but any franchise with a Starscream is almost inevitably going to feature a similar "family" of redecoed jet-formers. 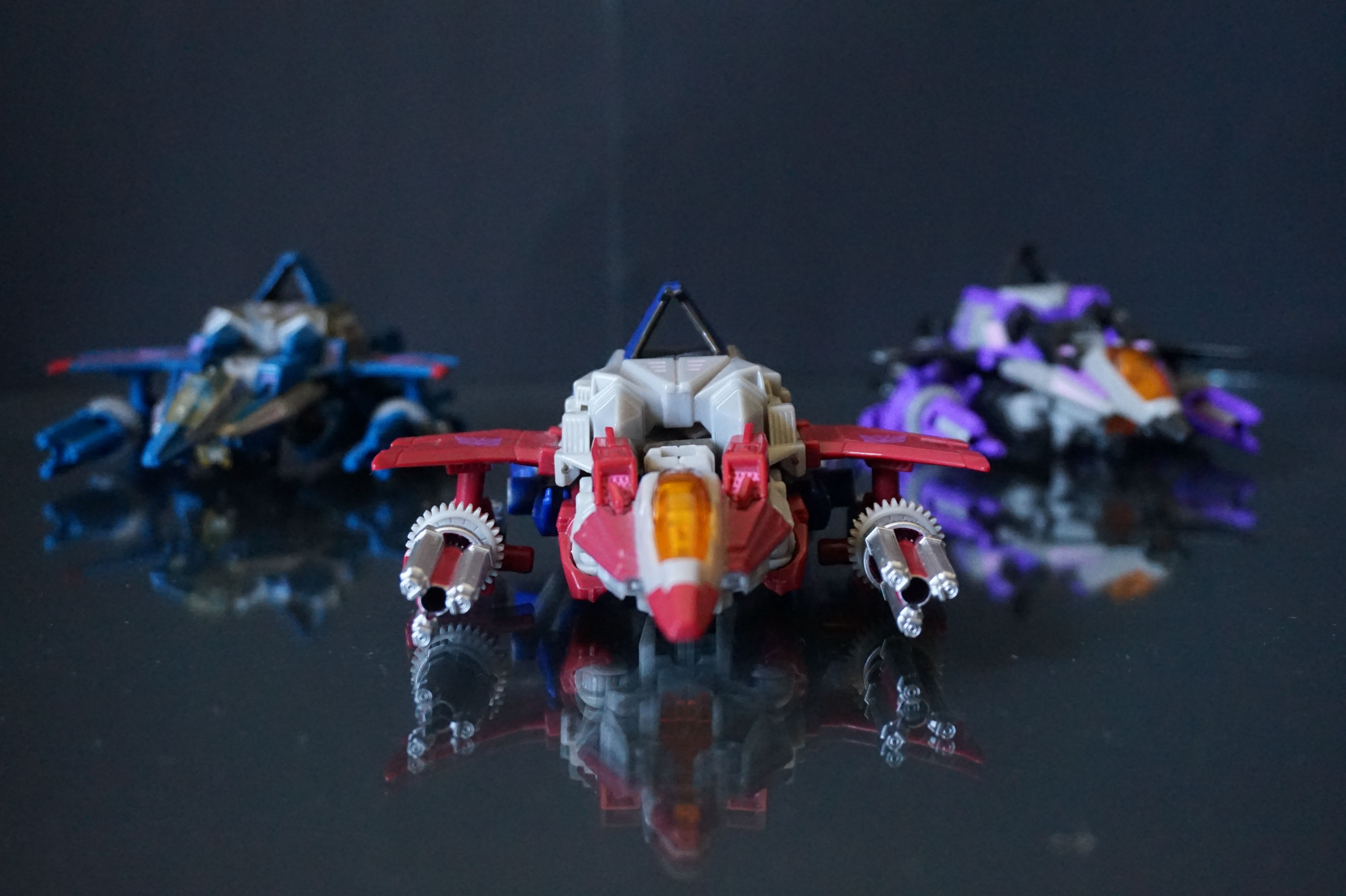 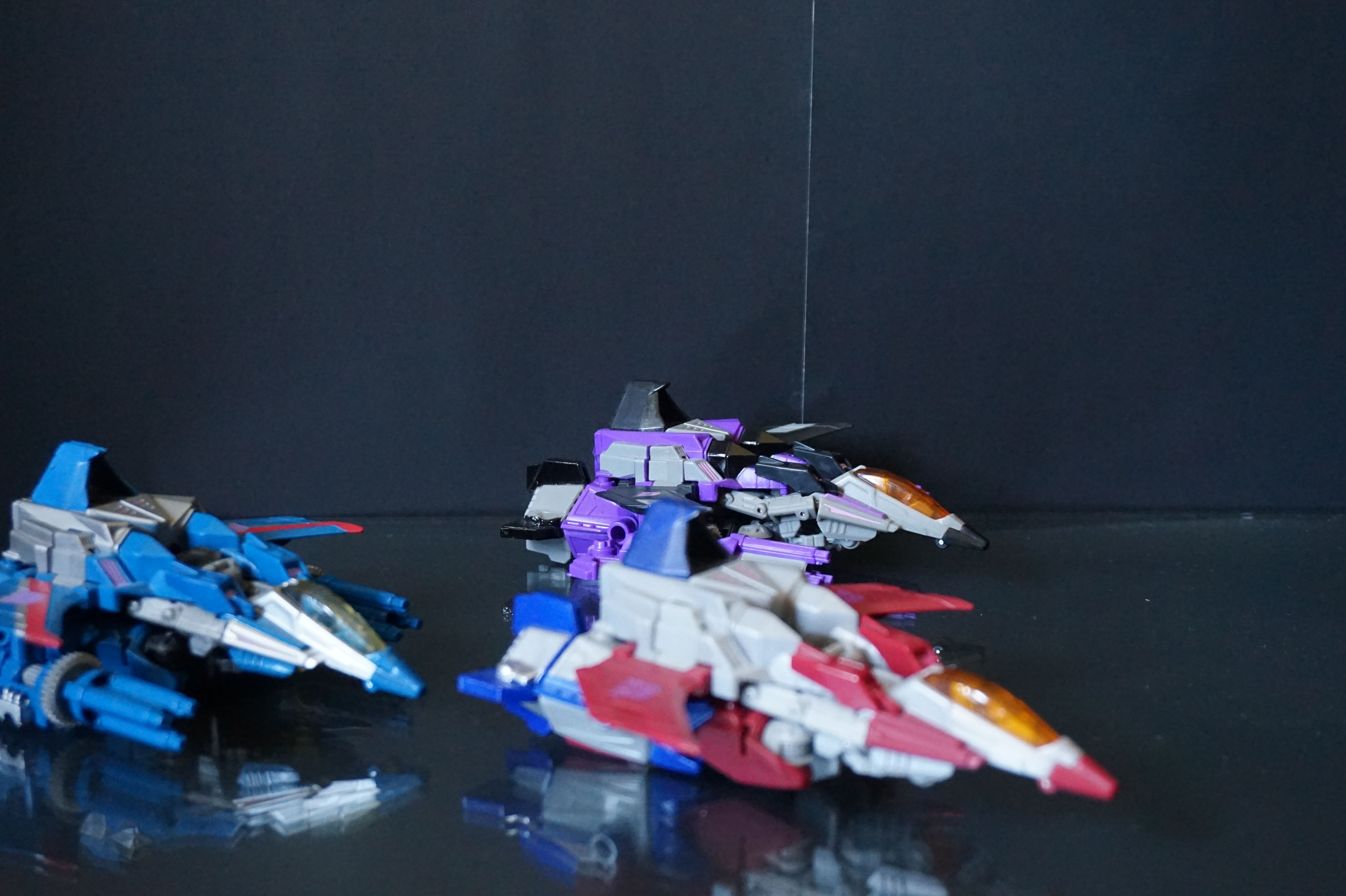 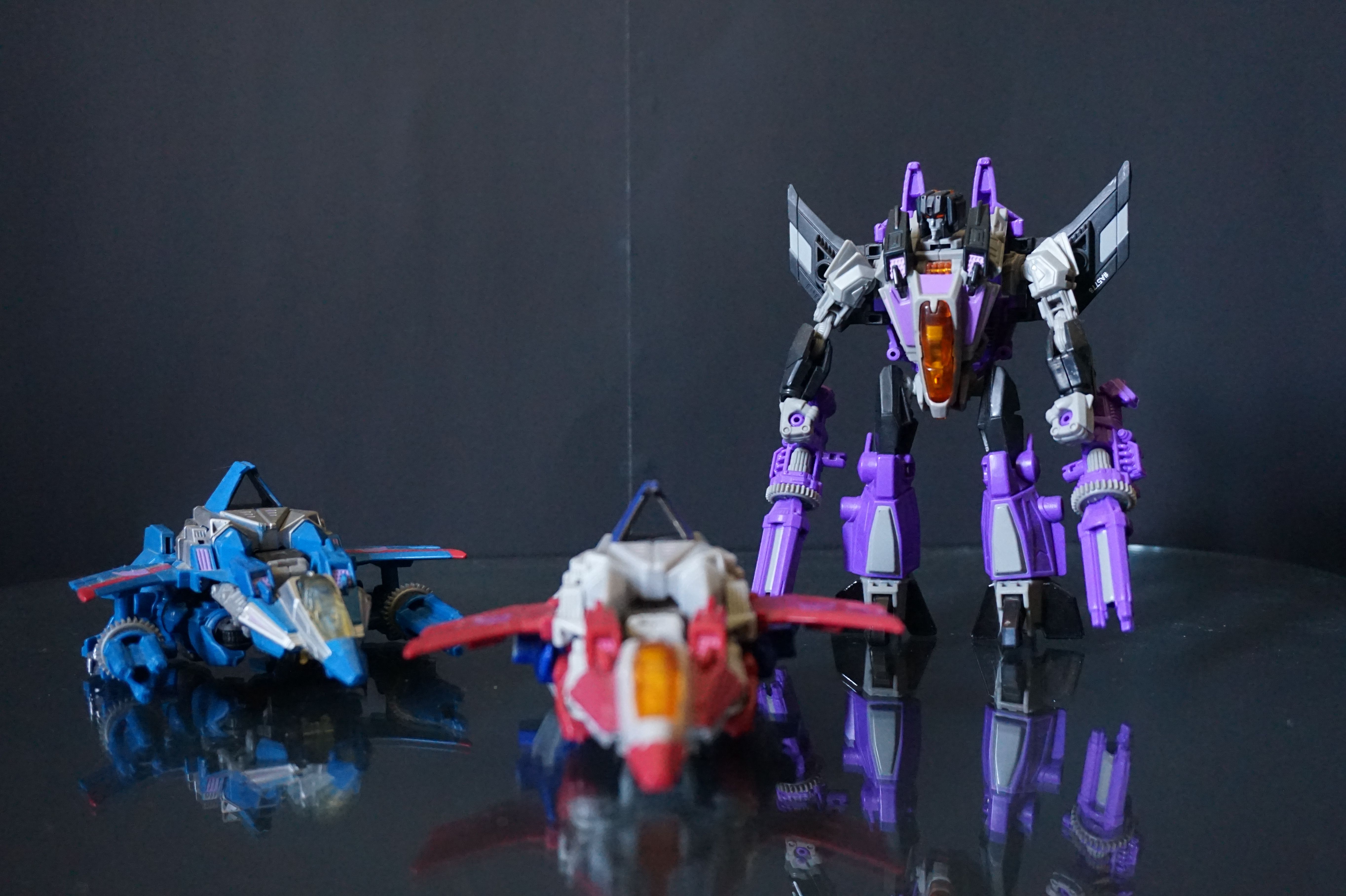 The original three in robot-mode: Thundercracker, Starscream, and Skywarp 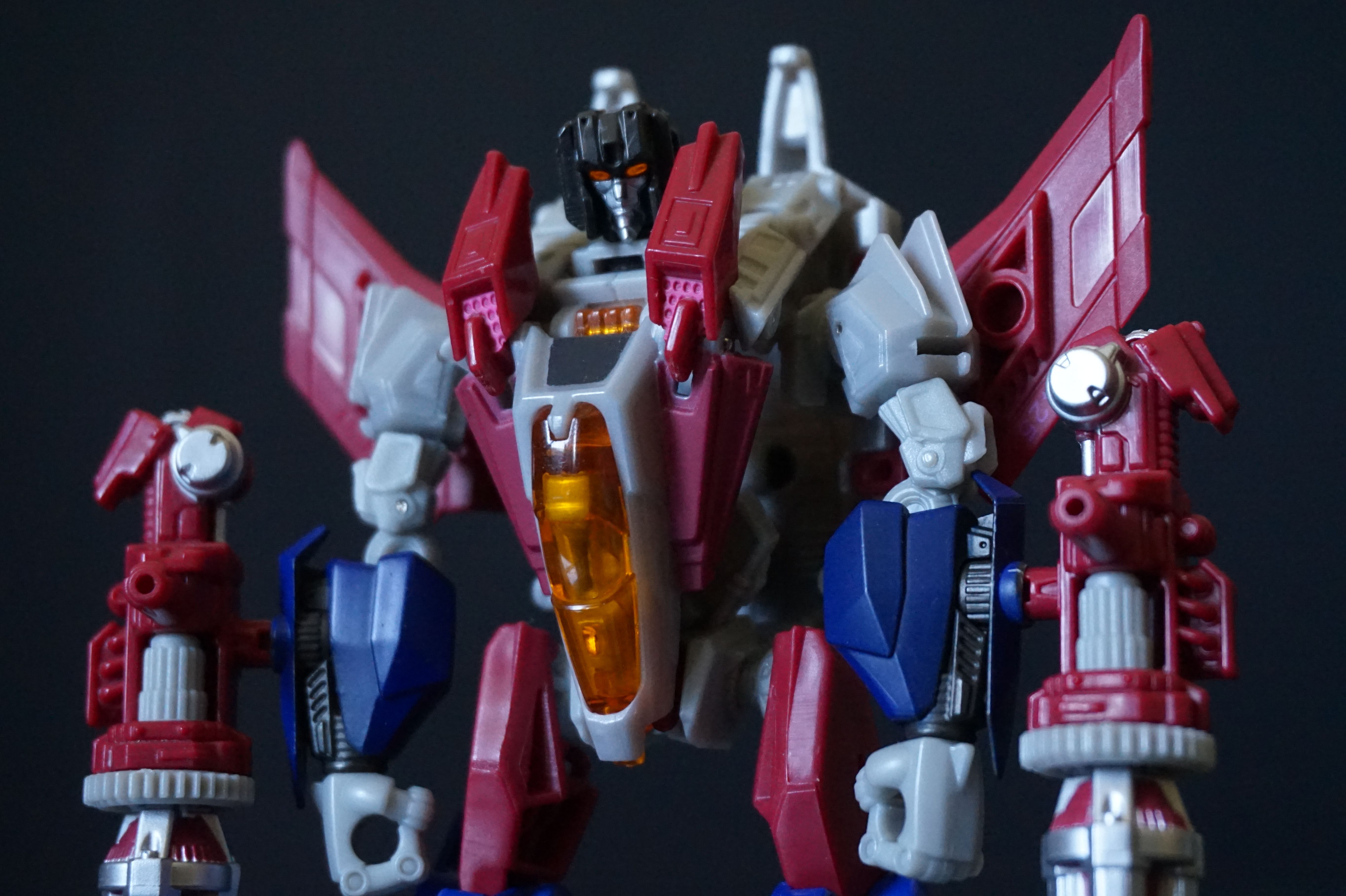 Starscream was an Air Commander of the Energon Seekers, Cybertron's finest air warriors. His dream was to recover the Matrix of Leadership and become the Prime that would return the Transformers to the Golden Age, and he saw opportunity with the rebel upstart Megatron. A patient and polite schemer, Starscream used to wish Megatron would drop the heroic anti-caste charade and be more honest about his lust for power.
These days, he alternatively wishes Megatron would stop being obsessed with his lust for power and chafes under having to work for such a madman. While he serves as Megatron's right-hand man, he constantly looks for a way to become the commander himself and Megatron knows it: Starscream's extremely volatile personality means he is not adept at hiding his true intent. Fortunately for Megatron, Starscream is prone to panic, cowardice and bombastic gestures, meaning that it'd take exceptional circumstances for Starscream to actually manage to get behind him to shove the knife in.
He may be a scientist, but we're not quite sure. A scientist by nature, with a more upper-class air, Thundercracker stands out among his fellow Decepticons in being a fairly calm and level-headed fellow. He believes in the cause, even if he's not enthusiastic about Megatron's methods. Lacking the endless ambition of Starscream and the cruel thuggery of Skywarp, he displays little malice towards his enemies and takes no joy from battle. For Thundercracker, conflict is simply applied physics and chemistry, nothing more than the redirection of forces and energy towards the desired target... his foes. He is also a master of using sound to his advantage, producing sonic booms that instill fear in the Autobots' audio receptors. 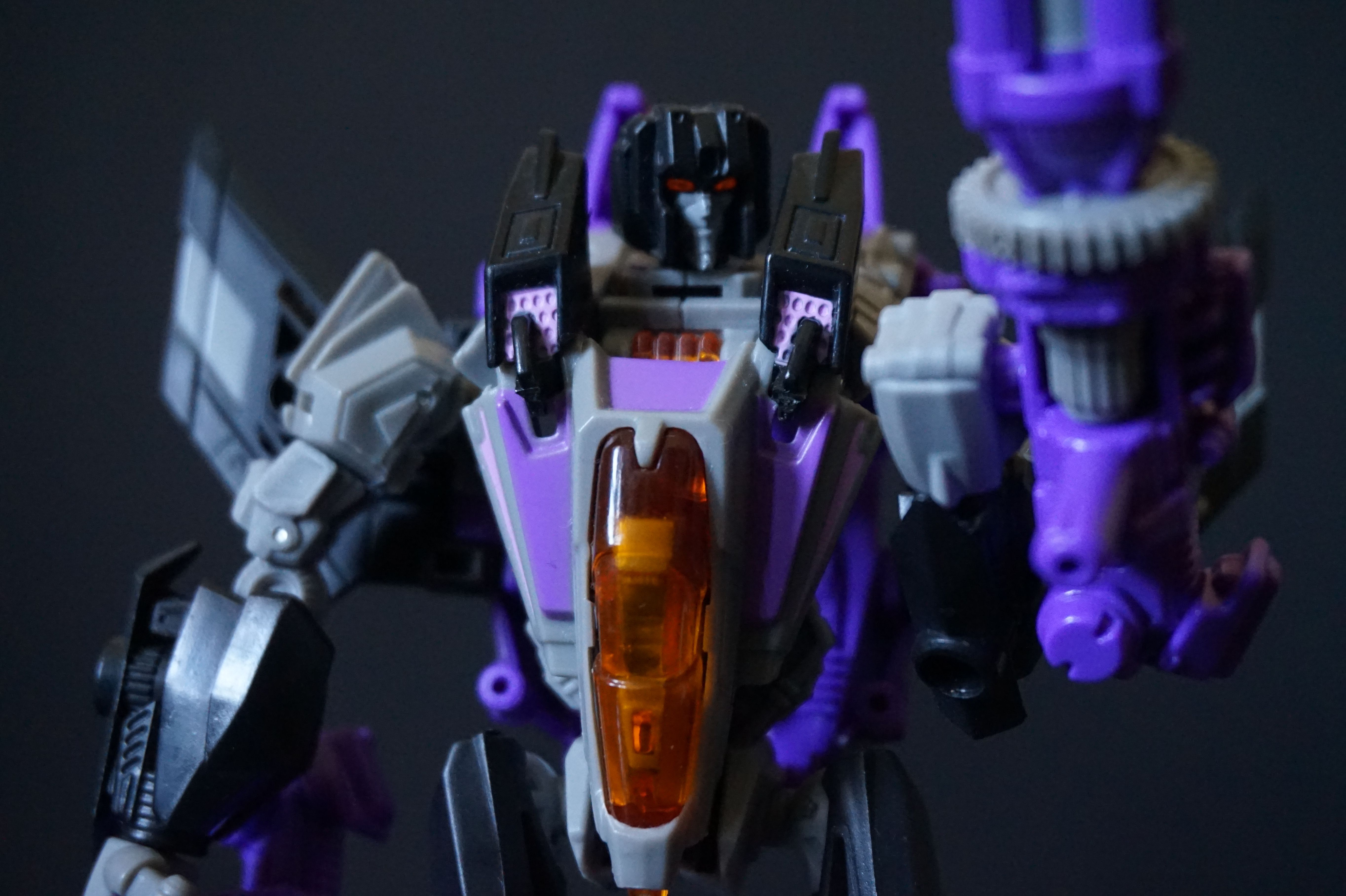 One of the Seekers, Skywarp isn't exactly the most professional Decepticon around. He's immature, stubborn, and prone to insults (giving less-than-witty ones and receiving ones he doesn't even notice, sometimes from himself) yet has never been interested in power or conquest, only the pursuit of knowledge. Thanks to these traits, and his tendency to muck around when unsupervised, he rarely puts his cloaking and teleportation abilities to good use on the battlefield. However, thanks to a mandatory course of Circuit-Su training, he's become a bit more disciplined, giving him the focus needed to perform vicious sneak-attacks on unsuspecting Autobots on flights of stairs. He originally joined the Decepticons to produce powerful weapons and experimental systems for them to use in combat. P.S. The blog title "Zound of the Seekers @#ˆ?!", is a word play on the title of an old hip-hop song by the group, Leaders of the new School, whom had a track called, "Sound of the Zeekers @#ˆ?!" Look it up if you have some time to kill...