concordiainvest (50)in #trading • 2 years ago (edited) 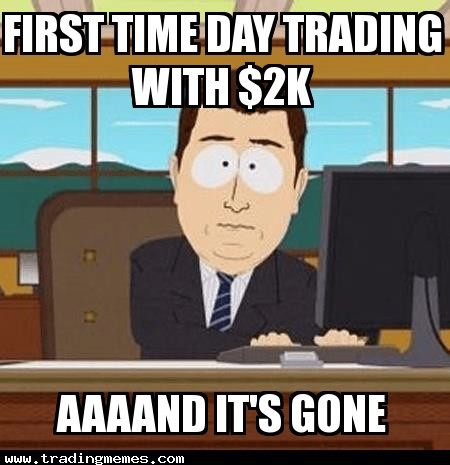 Trading is tough...or is it?

I remember when I first started trading. My day consisted of binge-watching 'guru' trader videos on YouTube & entering positions not knowing a single fucking thing about what I was doing. I was drowning in that 'super advanced' trader terminology...

you know what I'm talking about!!! If you're that new and you don't know, here is a little taste with the associated thought process.

"as you can see, this retracement (huh?) hit the 618 Fibonacci to the tick (what the hell is a Fibonacci?)! Woah - there's also some great confluence on the indicators(okay this is crazy)! Check out that bullish divergence on the relative strength index (Fuck it - I give up)!"

Anyways, I'm going to help you avoid all of the bullshit in one beautiful little article. Let's dive into the best advice a profitable trader could possibly give to a beginner!

#1: Learn (at very least) the basics of the Elliott Wave Theory

Ideally, you should buy the book on Amazon (it's only $28 bucks) and invest in yourself right from the start; remember, those who learn, earn.

I began trading using patterns like a noob does. What I learned is that retail traders (the big guns) use Elliott Waves. Now, if they're using this, why would I use some zoo animal patterns? In all seriousness, if these patterns are working for you, then good on you; you're a better trader than I. But if Lebron James came up to me and told me his exact techniques to make him arguably one of the best NBA players to exist, should I tell him "that's alright Lebron, some guy on YouTube that lives with his parents told me to use this technique"??

Get your hands on that book, follow me and some other awesome bloggers/vloggers and learn how to trade using Elliott Wave.

#2: Study the Charts as Often as Possible

What makes the profitable trader better than you? The hours put into analyzing the charts. I have put in thousands and thousands of hours going through different coins from their inception to the current state. Before that, I spent another couple thousand hours analyzing Forex currency pairs and different stock charts...

Did I say being a profitable trader was going to happen overnight? Hell no. If you have ever read Outliers by Malcolm Gladwell, he discusses the 10,000-hour rule. The 10,000-hour rule essentially states that it takes about 10,000 hours of practice/studying to become an expert in the given field.

That's not to say that you won't be profitable before reaching 10,000 hours (I was profitable sooner than that); however, it just shows how much time and effort is required to truly excel in a given field.

Spend the time analyzing charts and drawing your waves in. Make mistakes, write down why you fucked up, and never make that mistake again.

If you follow me or other awesome traders like the two listed above - you're on the right track! The BEST way to speed up your learning curve is to watch people that are better than you. Make it a thing to watch people trade on YouTube for a certain percentage of your day (make sure it's trading though...not a cute dog compilation) and mimic their styles.

Ask yourself questions like: 'where does s/he start from a blank chart?' or 'how does s/he know when to enter or exit the market?'. Having a list of things that you want to learn prior to watching videos is invaluable.

#4: Define a Strategy and Stick to it

This one is a huge key to success (insert DJ Khaled meme) in my opinion. There are so many strategies you could use and frankly it can get pretty overwhelming if you don't define yours first.

You should know these things before you enter into a position:

For example, here is a random strategy I just made that you could go back-test (note: the terminology may be a little advanced for a beginner. Google some of the terms you don't know so you can understand the gist of what's going on):

On the 4hr timeframe, when I count the 5th wave & the RSI is 62+, I will enter when the price action breaks the 5th wave trendline. I will take profit at a 50% retracement of the entire 5-wave structure. I will set a stop loss a couple ticks above the top of the 5th wave. I will have a minimum risk-to-reward of 3:1. ONLY IF ALL THESE OCCUR WILL I ENTER IN A SHORT POSITION. Also, I want to note that, in my opinion, you should first define yourself as a buyer/ short-seller or trend/against trend trader. I remember I used to do both when I first began and it just wasn't as effective as I wanted to be. When I defined a couple strategies that worked (through a bunch of testing) I only stuck to those and that is when I became a truly profitable trader & a less emotional trader. Remember: the more you can trade like a machine, the better. Set a framework to leave emotions out and stick to your damn plan!

#5: Manage Your Risk Properly and You Will Succeed

Anybody tell you to trade without a stop loss? Fuck them. As a beginner, always use a stop-loss. Now don't just guess a number and then throw down an S/L there, do a little bit of math first.

Say for instance, in your trade strategy, you set to only risk 2% of your portfolio value on a single trade. If your portfolio is $1000, you're only going to risk losing $20. Ideally, if you're willing to risk $20, you should at the very minimum only take trades that have the potential to bring in $60+. That is a 3:1 risk-to-reward ratio. I would advise you to set a 3:1 as you're minimum.

That's All She Wrote

I hope that helped you all out a ton. If you follow this advice, I promise you that you will be on the right track to profitability.

Let me know if you have any questions - I'd be more than happy to answer them :) 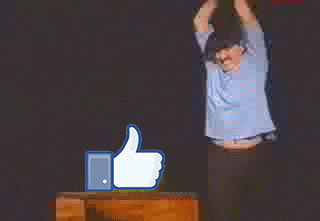 Awesome post brother! I will be following you and your advice for sure. It is rare to find someone that is willing to teach others for free. I hope you get lots of upvotes because you deserve it for helping others without expecting gain. I have subscribed to your youtube as well. Thanks for the education!

You're the fucking man @edgarbevens! Really appreciate the kind words & the follow :)

Nice post, that remember me when i started in this beautiful profession i love to much cause the trading is the hardest way to make easy money ... 😃

thanks for the kind words @criptraders :) Appreciate you reading