This is how Tether will collapse

You may not know it, but the proverbial canary in the coal mine may have already croaked when it comes to Tether. What was the sign? Coinbase is trading at historically low prices compared to other exchanges.

Why is this such a big deal?

Historically, Coinbase BTC and Ethereum trade higher. Now that has changed. The reason may be due to Tether:

3a. At some point it becomes undesirable and risky to hold Tether. Whales with large stockpiles of Tether start getting rid of it. Tether slowly loses it's peg to the dollar as people pay a premium to get rid of it for BTC and Ethereum.

Would you pay 1% premium to get out of Tether into Bitcoin? Yes.
How about 5%? Maybe.
How about 10%? 15%? At some point it becomes easier to send USDT to Bitfinex for redemption. That's when the run on the bank begins. It will happen very quickly and unexpectedly.

Don't forget that in addition to 2.25 Billion fake USD, there are margin loans on top of the USDT. Any exchange that uses Tether and doesn't have enough crypto reserves to cover the withdrawals will collaspse.

Some might halt redemptions, which will panic the market even further. Some might have to sell BTC from their exchange held accounts in order to obtain real USD to reimburse customers. This would put even more sell pressure on the market.

3b. A government might step in and might tell exchanges to stop using tether. Leading to another run on the bank as described above.

3c. Exchanges with real USD might halt BTC deposits (due to subsequent cashing out into USD).

Ultimately, USDT is only 0.4% of the crypto market cap. So lets get this poison out of our system and move on! In the meantime use price stable assets like bitUSD and bitCNY to protect yourself, and be ready to buy the dip!

P.S. If you're looking for more confirmation - The Bitfinex USDT wallet is rising extremely fast now, meaning people are sending in Tether for redemption for major cryptocoins. http://omnichest.info/lookupadd.aspx?address=1KYiKJEfdJtap9QX2v9BXJMpz2SfU4pgZw Hat tip to Kevin Messerly.

Submit
$38.59
35 votes
14
Authors get paid when people like you upvote their post.If you enjoyed what you read here, create your account today and start earning FREE STEEM!
Sort Order:
[-]
johnsmith (64)  ·  2 years ago

Exchanges need to adopt Bitshares MPAs like bitUSD and bitCNY asap. They've been running for years, are trustless, fully collateralized and run on the fastest and most scalable blockchain on the planet. I honestly don't understand why exchanges would use anything else.

Very well said. I will use this as a reference to inform others. :)

Great update. Hopefully this doesn't cause to much damage.

Interesting view. I'm also very sceptic with USDT.
I also don't understand how people often hodl their money in tether while waiting for a 'Dip'. 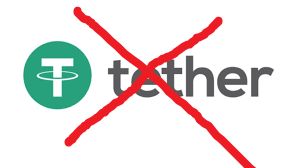 Thanks, added a postscript.

Yeah...Tether gonna implode. This guy has been smelling the rat for some time now... And Bitfinex had the gall to call a lawyer about defamation! Can you believe that?

This only goes to reassure one of investing more into BTS.

The information is good. I'll keep a link for myself. In the financial world of stability, unfortunately, never will. Everyone will try to make their monetary manipulation. There will always be a storm on stock exchanges.

Seriously - how is this idiotic theory working out for you ?? Stop parroting the lunacy of people like Bitfinexed and think for yourself. Do you know anyone who has purchase Tether directly from Tether INC ? No neither do i - do you know why ? Because it is the other exchanges that have to purchase Tether directly - so do you really think that Binance, Poloniex etc have not done their due diligence before sending real cash to the Tether bank accounts ? I can see the phone call now -

Hey Dude - been a fast day on the exchange today - can you hook me up with some more of that shit made up stuff you have ?? Yeah no problem i will send you over $50M USD for it - what you have a new bank account - shit man again ?? No worries - i trust you not to fuck this up for everyone - no need to show me anything to prove Tether has value - lets do this

You are an idiot