The Impact of Artificial Intelligence in Design

One of the biggest challenges that artificial intelligence faces is the ability to become creative. Humans in general, take creative intelligence for granted. This is because it is something that is inherently available to everyone. The issue with AI, though, is it is tough to teach or learn creativity on its own. Computers offset this disability with their incredible computation and parallel processing powers. But scenes are changing now, with AI taking its first steps towards uncharted territories – art and design.

Take, for example, the design of web pages. We have hundreds of millions of websites on the internet right now. Of which, a lot of websites are poorly designed and thus lead to very bad conversion rates. If the general layout of a website is bad, then the content albeit good, would be taken in bad taste. Thus, a lot of design companies have cropped up, demanding exorbitant rates for designing a simple website. Recently, platforms have also mushroomed, which give the user a lot of templates to select from. Though this is an improvement, it still makes the website generic and bland. And this is why artificial intelligence in design is a pressing need of our times.

Design is ubiquitous; existing in various forms across different fields. Interdisciplinary design partnerships are being forged more than ever now. It can be understood that effective design can improve the overall efficiency and the capability of projects. It can range from mechanical engineering bolt design to as diverse as 3D designing of medical devices. Listed below are some detailed examples of where AI is striding through and also mentioned are fields where human creative intelligence is irreplaceable.

If there is a field that needs artificial intelligence in design, it has to be the web designing sector. Millions of redundant designs and shabbily done pages have let down good content, many a time. With the breakout of algorithm-driven design through AI, a revamp is quite possible.

An AI program from The Grid, called as Molly is turning a lot of heads in the web design business. The AI tool runs throughout the day, trying to learn from the millions of web pages across the internet about what works and what doesn’t. Molly can run extensive A/B testing on all its designs, and choose the most favorable one.

An interesting point to note is that Molly is nowhere near perfection. Skeptics noted that a lot of her designs slightly resembled already existing web pages. What is important is that AI learns every day, trying to understand the best practices followed. Human designers are involved in choosing patterns and designs which can not be put in words. To learn such inherent qualities of men would take some time for AI tools like Molly.

It needs to be made clear that Molly is not intended to replace all designers in the future. But, with some tweaking on the process, she could be a dependable virtual assistant for designers, which can ease the work of a designer.

In a recent conference held at Rotterdam, a research paper was published. It explained how machine learning could be used to improve the design of connections used in structural element design. The normal connections have a lot of constraints with the design being very inefficient. This is because a large area of the connection remains unused in case of tension over the element. This is rectified by machine learning, where the newly designed connection weighs 50% lesser but can take the same load as a conventional connection. This can potentially save millions in a construction project and also reduce loss.

In the future, the design of construction projects would be ideally left to machine intelligence. Artificial intelligence in design helps in economic and efficient construction. It is also much lesser prone to design flaws which often happens with human design estimates.

It is exactly like the name sounds to be. Project Dreamcatcher, the new CAD system developed by Autodesk works on optimizing the common utility devices’ design. The designer needs to define the type of problem that needs to be solved, the criteria for design and the constraints involved. Using the objectives given, the CAD program can propose alternative designs that can turn out to be a much better version of the existing solutions.

Take, for example, the restructuring design of a desk. The constraints would be the height of the desk, the load that needs to be sustained and the dimensions of the desk while minimizing desk self-weight. Using this framework, the CAD system can design different styles of the desk in question.

Dreamcatcher can be utilized extensively in design research and also in computational science research. Designers get more flexibility with their designs through AI assistance. Thus, they can have a trade-off between the best possible design and the easiest production form for the manufacturing industries.

Projects like the Dreamcatcher are revolutionary because it reduces the need for entry-level designers and creates a work environment of the highest efficiency. They are learning the creative process with big data. Giving them proper parameters, guidelines, and constraints to work with, we can make sure the creative output is in line with what we want. 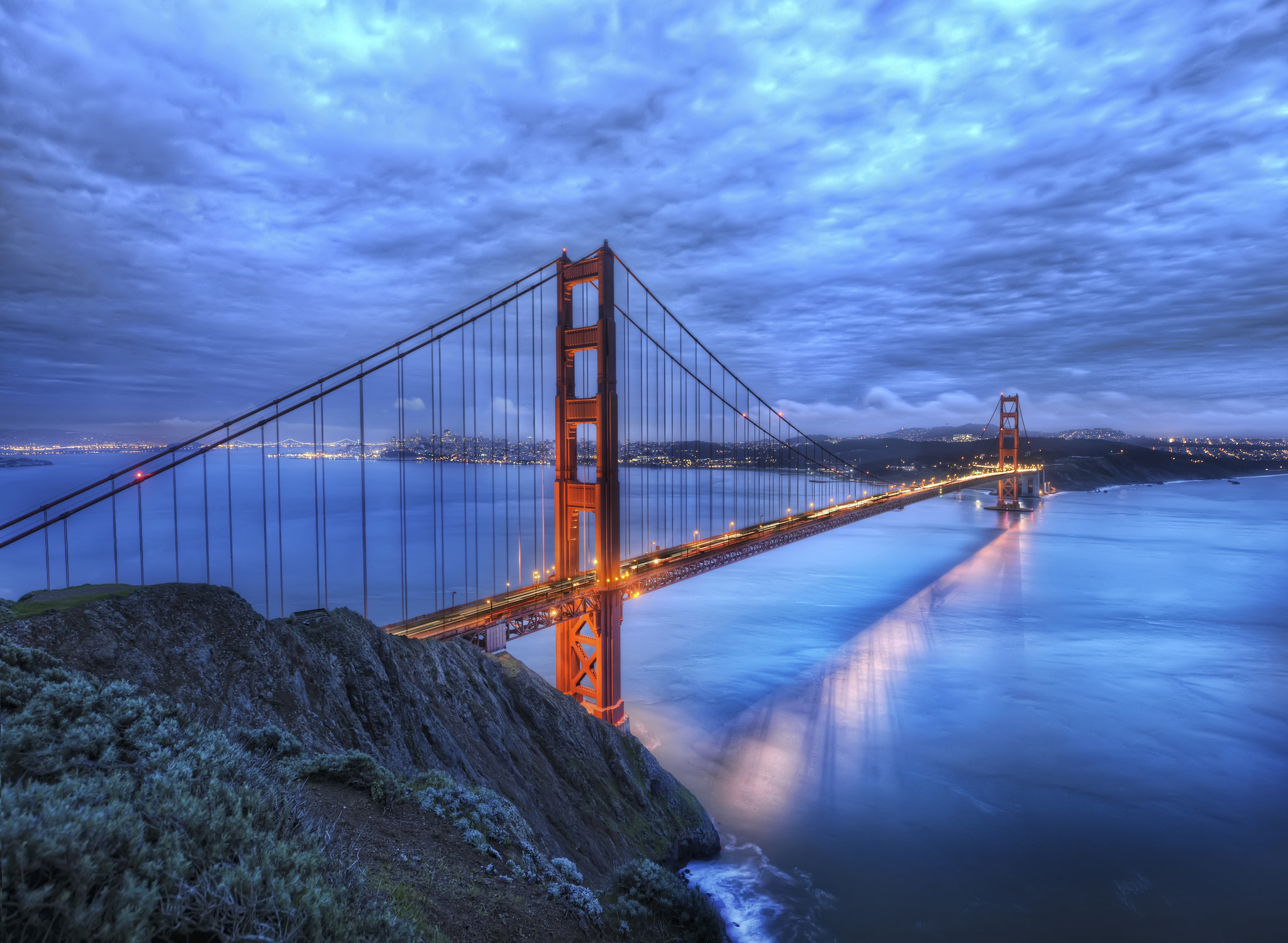 Music creation is a difficult art to master for humans. It usually takes years of practice and hard work to create a composition that is unique and worthy. Now, artificial intelligence is trying to mimic what a human does. Amper, an AI startup based out of New York is trying to produce music through automated creative intelligence. It is targeting advertisement agencies and small time producers as its potential clients.

With this, the future looks bright. Artificial intelligence can be fed with millions of recorded music pieces and made to do the impossible – learn creativity. This musical creativity can be further extended to sync with the actual world as well. With machines getting eyes to see, it would no wonder if music could be composed based on what people see. This could be used to produce background OST music for movies, making it a more viable business model for musical AI ventures.

Scope of designers with a future in AI

Artificial intelligence in design is not a sign of alarm for the traditional designers. It rather should make the working environment more conducive to skilled designers. Using such design tools, humans can iterate on specific ideas much faster. Also, numerous designs can be rendered and processed through in a couple of minutes.

This also can help amateur designers in improving their skills, matching it against the artificial intelligence design tool. Also, the economic impact of this on the industry should be high, with great designs coming to the market at a much-reduced cost than before.

But as with the AI revolution in data analytics, creative intellectuals are not in murky waters as of now. Creative intelligence in humans is considered unique and to the best of the designers, the market value should never go down. In fact, with more automized creativity, the clamor for a human touch on design might also be quite validated.

The complexity of social intelligence

Humans have order and civic intelligence embedded in their psyche, right from the time societies started functioning. Social intelligence is about common sense, which is easier said than programmed in a computer. AI tools lack the human touch behind their processes. They can not emote or perceive culture, art, and literature like humans can. This is the part where engineering hits a wall. Although these are very simple traits to see in a human, it is incredibly hard to hardwire this in a computer program.

So, at least for now, human designers do not have the need to panic over getting replaced in the near future. As long as social intelligence and creativity are perceived by the general community as unique signs of humans, designers are safe. But it should also be understood that AI is here to stay and that involving them in the design processes would only help a designer to improve on his designs.

Artificial intelligence in design can furthermore help regular people to take up designing as a hobby. With these tools, anyone can become a decent designer, thereby leading to more self-sustenance in the field.

I wrote this article for Future Machian, where it first appeared in April 2017

I find it very interesting that the channel layer, view or simply the UX will uniquely adapt towards a particular users experience over time. I believe the same will happen with the design as we have seen content filtered towards us in the filtered internet.

Perhaps even later using data such as facial expressions from a users experience when looking at a web view and slightly adjusting the presentation of content in different designs and calculating which has the best impact either messured on expression via shares /reactions (facial and e.g. buttons) or sales.

Interesting observation. AI is pretty fast on its uptake and I believe this probably would be live in about a couple of years!