My Desktop and laptop computer collection

Today I’d like to share some parts of my computer collection. I’ve always enjoyed building and upgrading computers. It has turned into something of a hobby over the years. 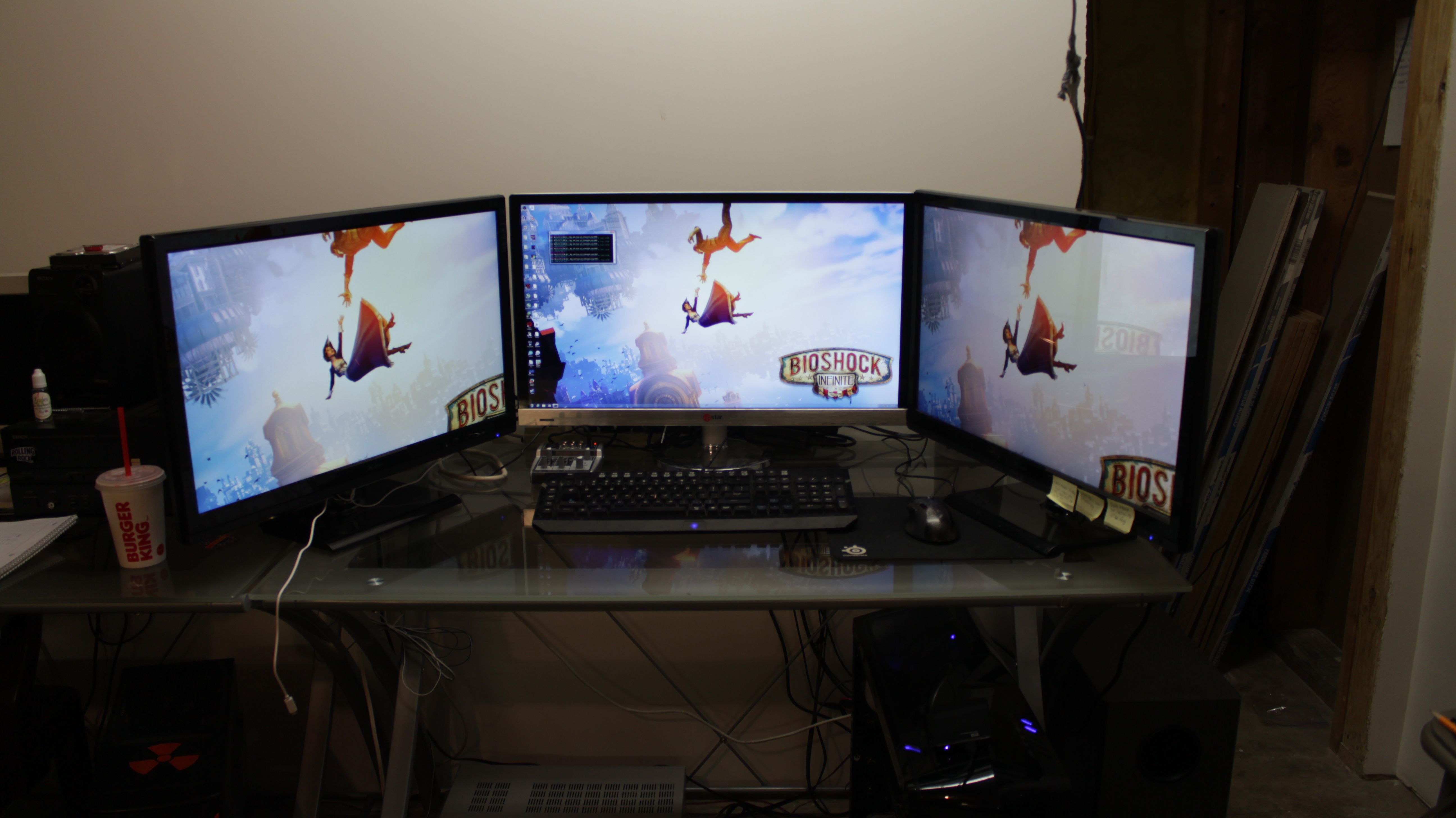 First off is my desk setup. Both of the side displays are 1440p and the center monitor is a 4K display. Some day I would like to buy a vesa mount to use one of the side monitors vertically. 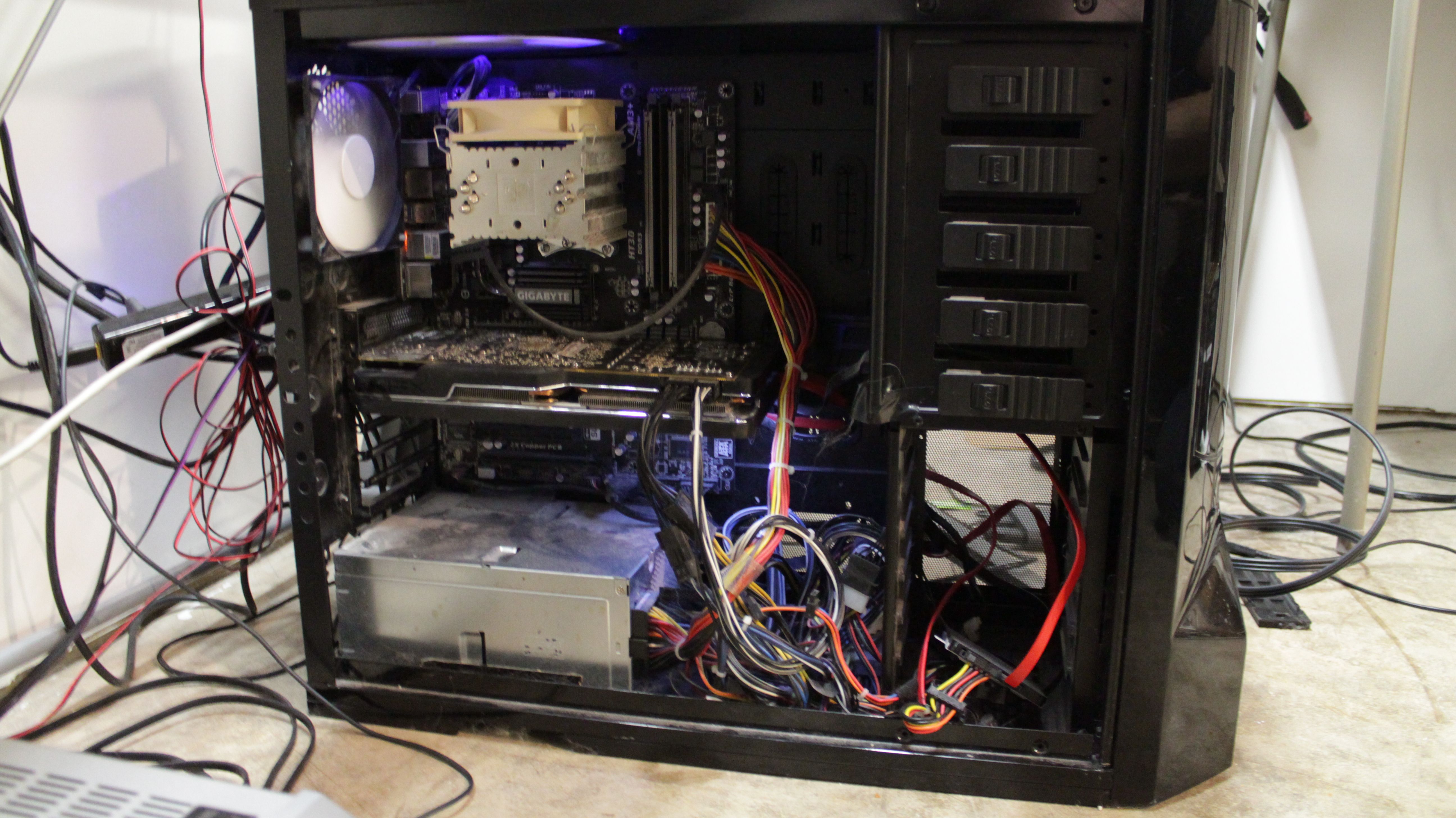 This is my main desktop computer. The side panel is usually off to vent some of the heat from the graphics card which is currently mining for ethereum. It has been 4 years since the time it was built; this computer is starting to show its age. The AMD FX-8320 CPU is now quite antiquated, but the AMD R9 290 graphics card is still fairly capable. The only component that has been upgraded since the initial build was the graphics card from an HD 7850 to the one I have now. I can play games on my HTC Vive on this computer without any issues. Recently featured in one of my videos, this HTPC runs windows with Steam big picture as a front end for selecting and running games with an xbox 360 controller. The hardware on this computer is of medium quality. the intent being able to play games at 720p for more graphically demanding titles or 1080p for titles with lower requirements. It is small enough that I can easily put it in my backpack and take it with me to friends houses. 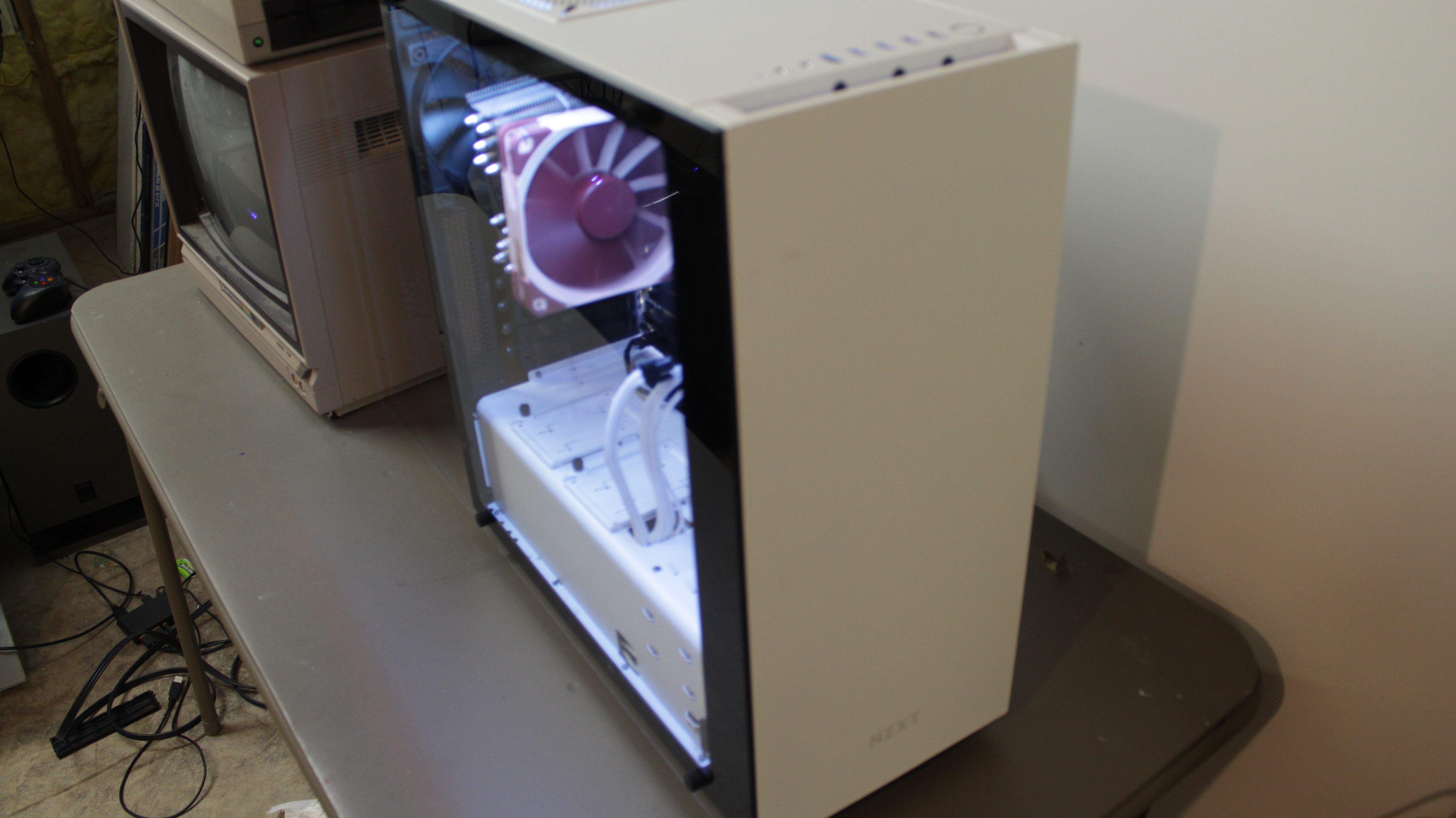 This computer is designed to replace my current desktop. It is unfinished and still needs a processor. After installing a processor, I will transfer my R9 290 graphics card from my old computer to this one, but I plan to upgrade to a 1080ti some day. I still have to decide whether to go with a Ryzen 7 1800x or the 1700.

This is my lenovo y510p. It has dual 750m graphics cards and an i7 4700m processor. Designed to be my gaming laptop, it can run most games that I throw at it with a reasonable frame rate. I take this with me to friends houses when using the HTPC would be too much of a hassle. The keyboard is great, the touchpad is awful. My first generation Microsoft Surface pro. I picked this one up from a pawn shop for pretty cheap.
This was my first thin & light computer that was intended to take with me to school and to places where bringing my big and heavy laptop. My major complaint and the reason I only used it so often is that you will need a flat surface to use it on; it is unusable on your lap. 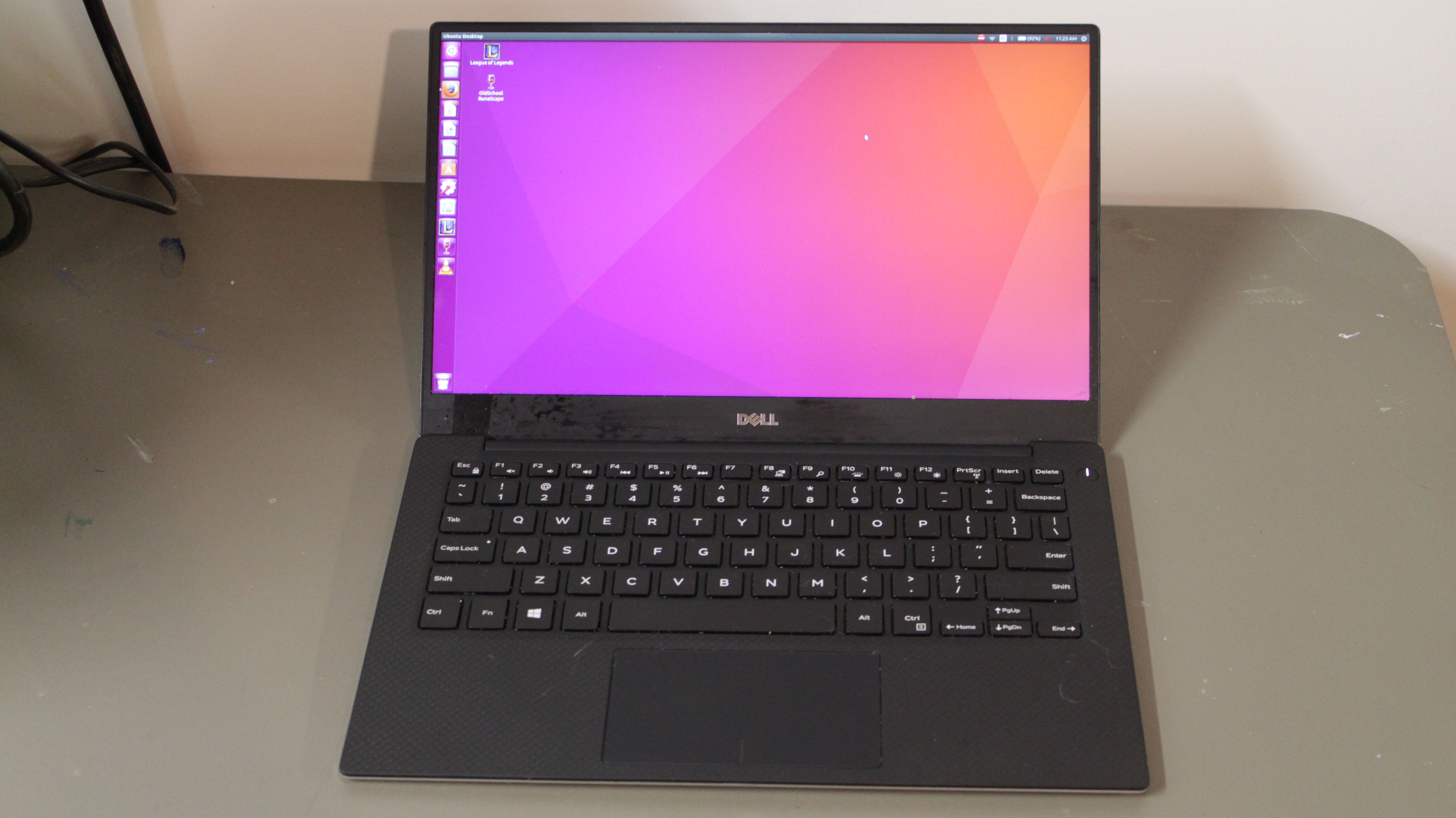 This is my favorite laptop and probably the computer I use the most. I purchased this laptop because I wanted something thin and light to put in my backpack and not have to carry my heavy lenovo laptop around my college campus. The keyboard and touchpad are great and The i5 processor model I purchased is plenty capable for my needs in a laptop. I would be very remiss if I excluded my commodore 64. This is something that a family member gave me recently on vacation, along with the original documentation, some floppy disks, dust cover, official display and floppy disk drive. I discovered some games on some of the floppy disks. I will eventually figure out how to get ahold of a floppy drive, install it in a computer and put some games and applications on disks.

Thanks for checking out my blog entry! I hope you enjoyed it as much as I enjoyed typing it up.

Nice computer collection! Do you have any cool classic games for the Commodore 64? You should post about them if you do.

Upvoted just for Jim Carry!
Isn't it the scene where he jumps to the shark pool?

Sweet setup! What's your favorite game for the Vive?

Zombie training simulator. Still looking for good games to play on it. My vr game library is pretty small.

Cool, despite having a laptop, I still like PC and plan on upgrading my college's PC next time

Wow, nice computers! lol, hopefully you're able to find a floppy drive for your Commodore!

Nice collection man. I used to have some nice stuff as well, like PS2, PS3, which were sold due to me not having for games, 3 Dell laptops - sold too except for one xps l702x that I use now and a nice 22" SHARP monitor along with my old pc though your collection wins hands down :P Oh ye, I also still saved for myself my 42" Plasma for movies.

Looks awesome dude! I may have to put a post up of my setup now lol. Keep up the good work.

That good that you put in these means of the technology of them is learned a lot and thanks to these changes that brilliant minds have achieved we approach a more technological world ..... follow [email protected]

omg my dream collection u have it

you have a nice Collection i wish i could do the same as you !!

if you please can you follow me ; i put solution to pc problems

1440p monitor! I am definitely jealous :) You may want to consider liquid cooling so that you don't have to keep the side computer wall open most of the time. (Not a good thing when at a LAN party).

In regards to the touchpad on your laptop, I know what you mean. I have learned my lesson when I am buying a computer in a store. It is best to play around with the touchpad to see how well it works BEFORE you take it home.