🔜 So we will coexist with the Artificial Intelligence, in the year 2️⃣0️⃣3️⃣8️⃣ 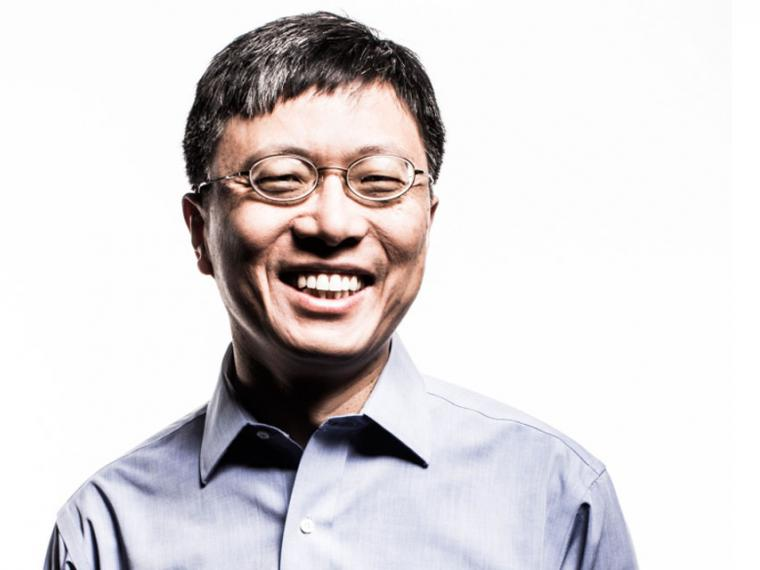 Although it looks like science fiction, it is closer than we think. It's not Black Mirror, but it can be reality, in 20 years.

Harry Shum is executive vice president of the Artificial Intelligence Research area at Microsoft. Of Chinese origin, he studied at the University of Carnegie Mellon, one of the American universities that in the United States is a constant nursery of talents on Artificial Intelligence. Shum is still in the United States, working for the giant Microsoft, the only technology that remains after ten years in the top five of the companies with the highest market capitalization in the world.

While other Chinese colleagues who were at Microsoft, such as Qi Lu, who is now the Chief Operating Officer of Baidu -also known as the Chinese Google-, or Kai-Fu Lee who created the world's first voice recognition system in 1988 and he worked at Apple, Microsoft and Google, they have returned to their country of origin, Shum remains faithful to the company created by Bill Gates.

And as the head of Artificial Intelligence at Microsoft, he has developed in an extensive document entitled 'The calculated future. The role of Artificial Intelligence in Society ', some of the keys to this new technology that is already revolutionizing all areas of society and companies, and experts such as McKinsey, Forrester, Gartner or Strategy Analitics, to name a few. some, indicate as the cause that will cause, if not already doing, the 4th Industrial Revolution.

Shum dares to predict that "in the year 2038 digital devices will help us do more with one of our most precious assets, time." And it enumerates some of the advantages of using this type of devices in different situations of daily life. In 20 years, says the Chinese executive, we could have our first meeting of the day without leaving our house, and not in the office, using our HoloLens device, or similar, in a meeting that would use augmented reality and virtual reality technologies and in which you could interact with colleagues and clients around a virtual boardroom driven by mixed reality (virtual and augmented).

The presentation and observations of the conclave would be automatically translated into the native language of each participant, who would listen through a headset or telephone. A digital assistant would automatically prepare a summary of the meeting with the tasks assigned to the participants and reminders placed in their schedules based on the conversation that took place and the decisions made by the participants.

When leaving the house, after the meeting - we are still in 2038 -, a vehicle without driver will take us to another work appointment, and while we are in the autonomous car we could see a presentation in the digital Hub of the car.

At the same time, our virtual assistant will summarize, for example, information and data extracted from recently published articles and reports, creating infographics to review them through holographs or through the augmented reality of the driverless vehicle in which we move to another place. The intelligent assistant, also according to our instructions, will automatically answer routine emails, and redirect those that can be managed by other managers of our team. And Harry Shum continues explaining how an intelligent device will permanently monitor our vital signs for health. When something is wrong the virtual assistant, Cortana of the own Microsoft, Siri of Apple, Bixby of Samsung, or Alexa of Amazon, will schedule an appointment with the doctor and will carry out a follow-up and programming of checks, vaccines and routine exams.

Artificial intelligence, counted in the text edited by Microsoft, will help our doctor analyze the results using about one terabyte -1,000 Gigabytes of health data, helping to diagnose and prescribe exactly an ad hoc treatment. Immediately, the medication will arrive at our home brought by a drone, and the virtual assistant will remind us by voice how and when we should take it. Our smart butler will monitor the progress and, if we do not improve, ask for permission to book a new follow-up appointment with the doctor.

If we look back 20 years, instead of 20 years forward, in 1998 in Spain, for example, there were only about 7.5 million mobile phone users, compared to the more than 50 million mobile lines there are now, and the maximum speed of mobile data transmission did not reach 80 kbps with the technology of then, the GPRS, compared to the current 300 Mbps that we can achieve with the 4G.

Nobody could imagine 20 years ago that fifteen years later we could be talking about Terabytes, Petabytes or Zettabytes, or data transmission speeds that this year will reach 1 Gbps, or how today Artificial Intelligence already allows us to use devices that They help to manage our leisure and our work.

This post has received a 0.18 % upvote from @drotto thanks to: @justlikeapill.