📄Intelligent paper arrives that can be erased and reused 📄 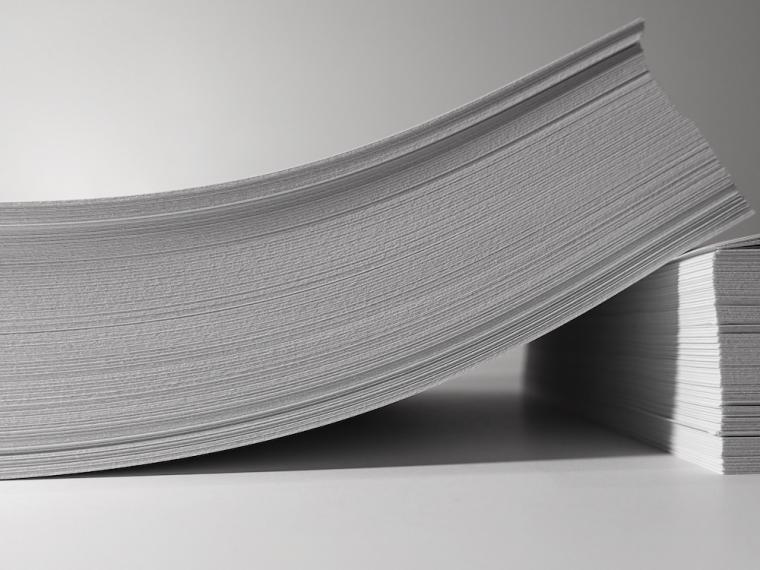 A new type of foil that can be printed, erased and reused several times could help to significantly reduce the consumption of ink and paper. 🧠

It is not the first time that the development of an intelligent paper is announced that, once used, can be erased on the spot and be used again. Thus, at the end of 2014, the University of California, in Riverside, presented a system that used chemical dyes and ultraviolet light to highlight the text that had been written on a special colored sheet. When it warmed up, the message disappeared.

Three years earlier, the Industrial Technology Research Institute of Taiwan had already shown an electronic paper that allowed the content to be deleted and another easily reprinted up to 260 times. Other techniques, such as that published in 2017 by Chinese and American scientists in Nano Letters, use photosensitive sheets that can be printed directly with light. Over time, the message fades and the surface can be used again.

One of the problems with these technologies is precisely that the texts and images that are reflected on these supports tend to fade in a short time. Other, that, in general, only allow to include monochrome motifs. Well, a group of researchers from different Chinese technology centers, coordinated by Qiang Zhao, an expert in organic electronics at the Nanking University of Post and Telecommunications, has designed a new type of paper and a special ink that, when used together , they not only make it possible to show images and texts in color on a single sheet several times, but also to last for more than six months.

As they explain in a study in the journal Nature Communications, after reusing one of these sheets eight times - a job they consider conservative - they have estimated that the cost per impression of their system is approximately one fifth of the inkjet that currently They use many printers.

The support they have developed is a multilayer sheet composed of several polymers on which a chemical substance that reacts with the metallic salts used by the ink has been applied. When this happens, seven different colors are produced. During the process, Zhao and his collaborators used a conventional injection printer. Images and texts can be deleted simply by adding another compound to the sheet.

This same team of experts has presented another type of reusable paper that uses water as ink. The system, still in its early stages of development, only allows obtaining prints in one color, but reduces printing costs to one tenth of what is usual with the aforementioned injection system.

In their essay, the authors explain that, for centuries, paper has been the most important means to conserve data and extend civilization. "Although in the last two decades different electronic media have broken into our daily lives, it is still fundamental in the communication and dissemination of information, but its use has an important environmental impact," they added. Now, they hope that their progress will help alleviate the ecological footprint of today's printing systems.

This post has received a 0.35 % upvote from @drotto thanks to: @justlikeapill.