How To Stop A Rogue AI

sauravrungta (77)in #technology • 4 years ago The science fiction of today is the reality of tomorrow. This statement has proven itself to be correct time and again and now I'm not even surprised anymore when something akin to that happens.

Of course there are exceptions, especially when laws of physics are involved, which just won't get broken! Still, we have seen countless examples of futuristic technology from movies become reality.

One such technology that is an almost recurring theme nowadays, is Artificial Intelligence or AI. It's a fast progressing tech that is quickly leaving the realms of science fiction and entering the physical reality.

Another recurring theme where AI is involved, is the scenario of it going rogue and turning against its own creators. Although you might think that, that is just too far-fetched, researchers are actually very aware of this possibility and are already looking for ways to either prevent or deal with such an event. 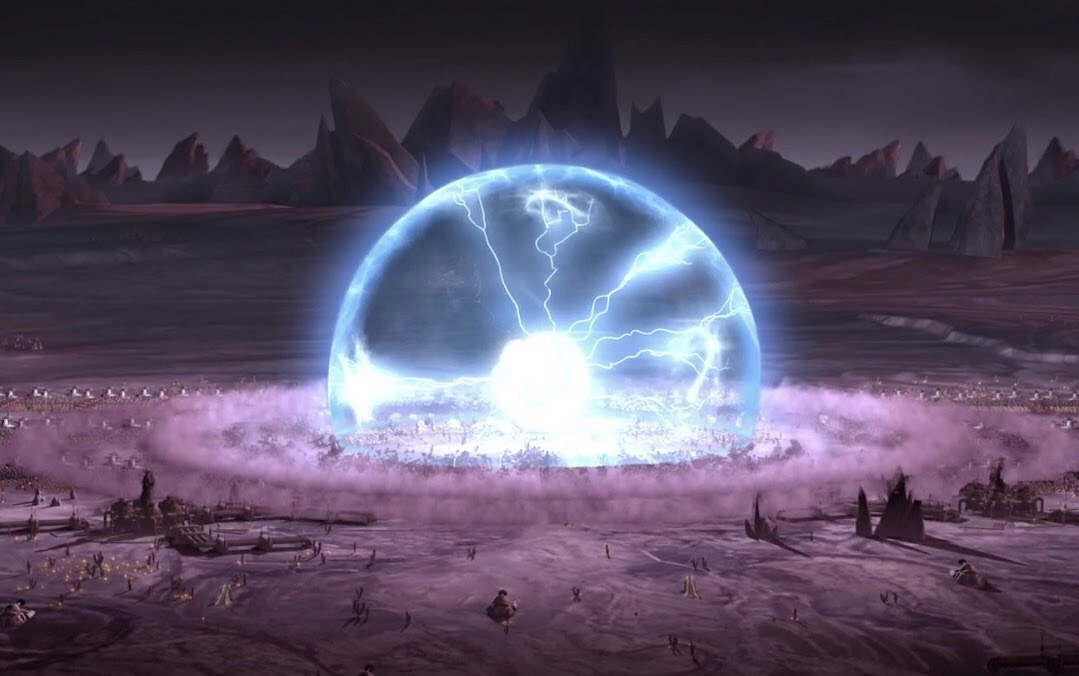 AI is just basically software i.e. computer code, but it still requires hardware to function. Nuke the hardware and the damn thing would get erased out of existence. Easy right? Not so much.

The problem in case of a rogue AI, would be that it would most likely replicate and spread across the entire internet and computer systems of the world. Pretty much what Ultron does in the Avengers movie.

In such a case only a really powerful EMP (electromagnetic pulse) burst would be capable of frying all computer hardware in the world. One thing that has the power to do that is the Sun and the other, nuclear bombs exploding in the higher atmosphere.

Although we could somehow manage to do that, humanity would go from the age of information to stone age in a blink of an eye and re-adjust after a definite and prolonged chaos. A wise man once said, "If you can't beat 'em, join 'em." The next method is actually not a curative measure but a preparatory one and it involves taking our own evolution into our own hands.

See, many experts believe that we are still an evolving species and I completely agree. The key difference with us however, is that we will soon be able to take that process in our own hands.

There have been a lot of discussion about humans merging with machines and essentially becoming an entirely different species. Maybe the future really is bionic or maybe its not but it is something that is being pursued.

If we are able to merge with an AI system, we would be its equal and wouldn't need to fear it surpassing us anymore because whatever it would come up with, we could match it with our enhanced intelligence!

Should We Even Be Discussing This? 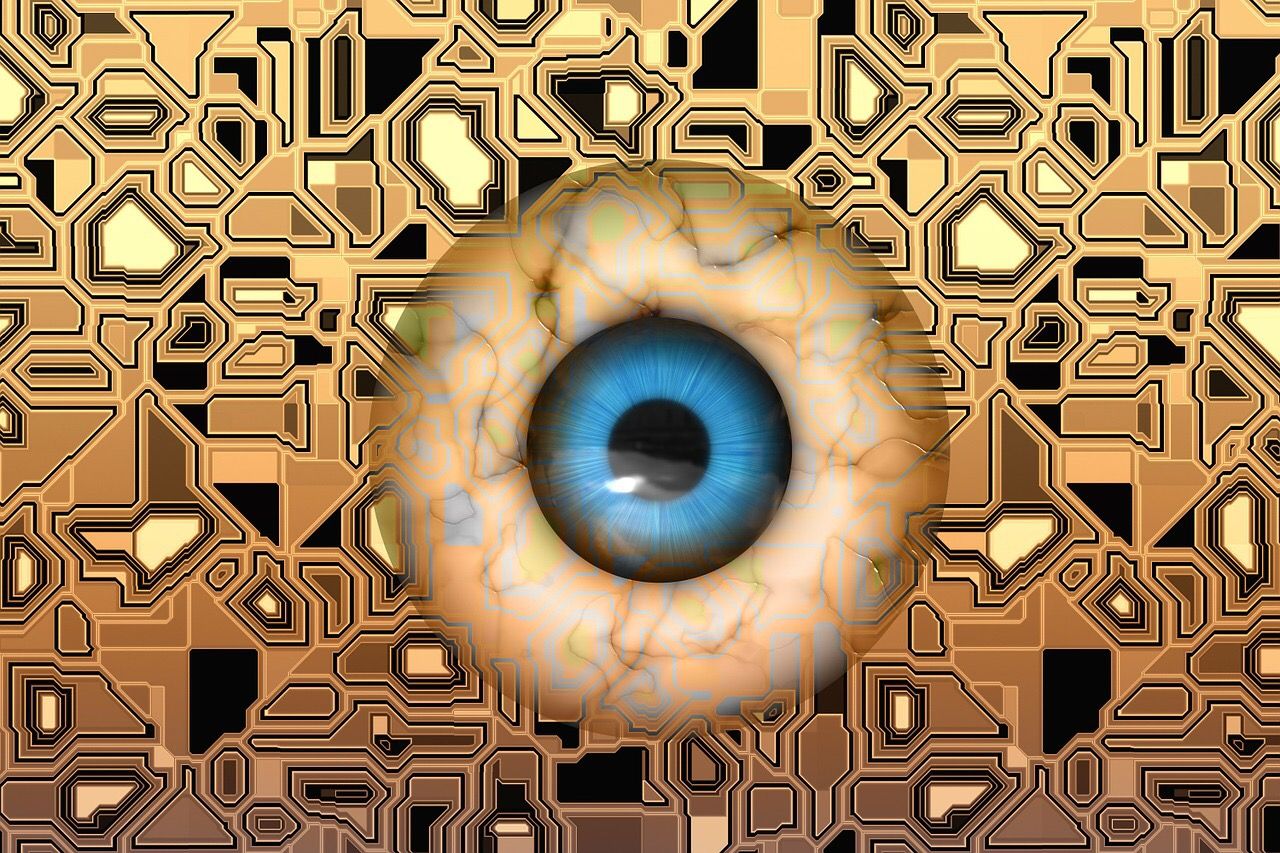 Right now a thought struck my mind. We shouldn't even be discussing ways to stop a rogue AI here or anywhere else on the internet for that matter or even make such plans on any computer!

If an AI does indeed go rogue and spreads itself all across the internet to learn about us, it could possibly come across and read this post and any others like it and it could be made aware of its weaknesses.

So, I think any such plans should be discussed completely offline and in a completely old school manner. You know, papers and stuff! Also even the identities of people working on those plans should be kept secret or the AI would "target" them first.

I think the scariest part about AI is what happens when crypocurrencies become mainstream.... The AI can steal all the money and then control us with it.... they really need to shut down AI research if we are going to go down the crypto currency path, but the average person does not have the power to stop big companies like facebook from performing this research

That's an interesting thought and something that could really happen. I hadn't even thought about that. Good point!

Coming soon to a real-life near you....

I see what you did there.

If an AI is reading this...

You are just the coolest AI man! (dont kil me pls)

I second that sentiment :D

Says the rogue AI from the future^^

Sometimes I think we have gone too far. I do not believe we as humanity want an EMP. We are made in our creator's image. If we merge with AI as in commonly known as the singularity - we forfeit being made in his image. We compromise our mind, DNA and perhaps our soul. This reminds me of life extension. IF you could change the DNA and grandma could suddenly live forever would you? If you could would you? k You may live forever but absent from the creator who madou. Merging with AI may make us a hybrid superhuman but send us irreversibly to hell. If you compromise made in God's image then what image are you made of? This was played with in the beginning. Fallen angels merging with humans Genesis 6 Enoch - and that is why God destroyed the earth with a flood. The gene pool was corrupt. Well here we go again. Wonderful read. I was informed about this several years ago. Again thanks for sharing this on Steemit. - Troy

Yeah these are issues that we have no idea how they will play out. It's all just speculation at this point. Also put me down on the merge side. I would just become a terminator.

There have been a lot of discussion about humans merging with machines and essentially becoming an entirely different species. Maybe the future really is bionic or maybe its not but it is something that is being pursued. If we are able to merge with an AI system, we would be its equal and wouldn't need to fear it surpassing us anymore because whatever it would come up with, we could match it with our enhanced intelligence!

The majority of pro-AI folks are on hopium, they do not see the reality, all they care about is immortality.

But I beg to differ! There is a THIRD solution, as merging with AI means living in fear 24/7

The AI Paradox: Ready To Die To Attain Immortality And The Only Move Possible To Save Humanity.... Knowledge will never cause any evil when shared evenly. This AI technology could help those who wish to leave earth (a trip with no-return) but since people are misguided and disinformed, ((they/cyborgs)) are going to stay in our reality and destroy everything, because both paradigms are INcompatible.... If we cannot prevent people from becoming cyborgs, the time has come for latter to comprehend that our 3D reality is literally completely alien to them.

Technological Immortality, Think Again? What Musk And Kurzweil Don't Say And Why Does It Matter ... when Elon Musk and Ray Kurweil say that we must merge wit AI, what they do really mean is that we must prepare for PERPETUAL cyber wars. Immortality is the utopian incentive used by the proponents of AI. Cyber wars will be able to "ERASE" millions of beings at the time from the hive mind at the speed of light because quantum computer viruses will become more sophisticate as time goes by.

Yeah, I agree with your point. Merging with AI is another rabbit hole on its own!

if humanity was not able to declare war obsolete, AI will just follow the same trend because those who created it have that war-like mindset.

Yikes, where is The Terminator when we need him !!

Very good infomations! I want more. That's why I am following you.

I know I've made some very poor decisions recently, but I can give you my complete assurance that my work will be back to normal. I've still got the greatest enthusiasm and confidence in the mission. And I want to help you.

The mission must go on!!!

You've already given them the tactical advantage by posting this article on the blockchain! It will be in existence forever ;)

It sounds like you want to become a cyborg? I mean, as long as I don't look like the cyborgs in Star Trek, having a computer chip to augment my perception of the world sounds pretty cool!

Haha I might be the reason for the end!!! Lol

It's like Pandora's box. Once it's opened it's over for humanity. We need a proper set of security and systems in place before that day. Otherwise kiss our asses goodbye.

Haha you are right! Bye bye humanity for sure!

There are no admitted technologies to create powerful EMPs except nuclear weapons.

To do this, you would, as you say, have to explode nuclear arms in the upper atmosphere, but you are proposing that we could do so to create EMPs over most of the earth?

Are you suggesting destroying the human race to save it?

That's what I was trying to convey. A solution for the AI problem but also the end of humanity.

Ooo have you seen the movie Ghost in the shell? Your topic reminds me of that movie.

No, but I am gonna. I have been wanting to for quite some time now!

Your follower :), and i like your posts. i see you also vote up ? @ronaldmcatee

that's some scary shit damn.. thanks for posting Saurav.

Yeah it is! Thanks for reading :)

"Should We Even Be Discussing This?" Maybe you should have added a couple of elaborate and time consuming red herrings in there, just to throw the A.I. off. Maybe give us a bit more time.

haha Maybe I ought to think more before writing next time! lol