You gotta love a parade, especially when it makes you feel good. 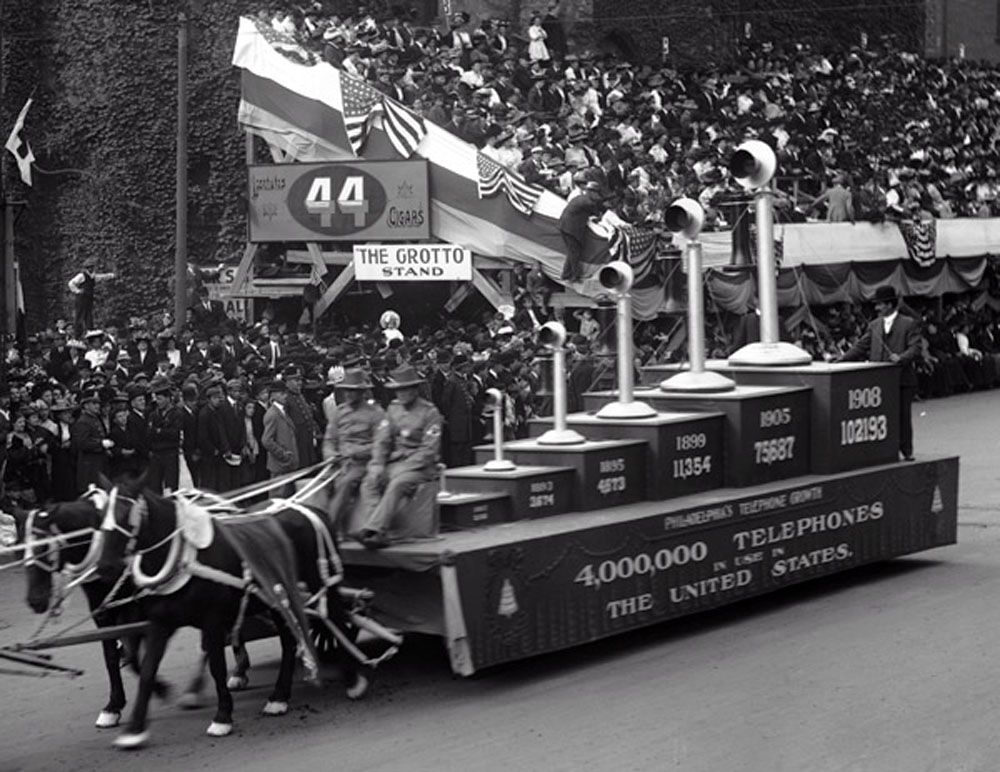 This horse-drawn bar chart illustrating the rapid rise of the telephone in Philadelphia showed impressive gains. But Philly had nothing on New York City, which would have more than 400,000 by 1911.

Why would American cities quibble amongst themselves when the international numbers were so much more braggable? (RIGHT)—In 1895, things didn’t look so dire for the Europeans, but pair the cities up and Philadelphia would soon outperform Paris. Vienna had the edge on Boston through the 1890s, before things turned around—big time. Berlin vs. Chicago? No sweat for the Windy City. Only Stockholm seemed to have gotten off to a great start and kept it up, compared to every other American city—except Los Angeles. 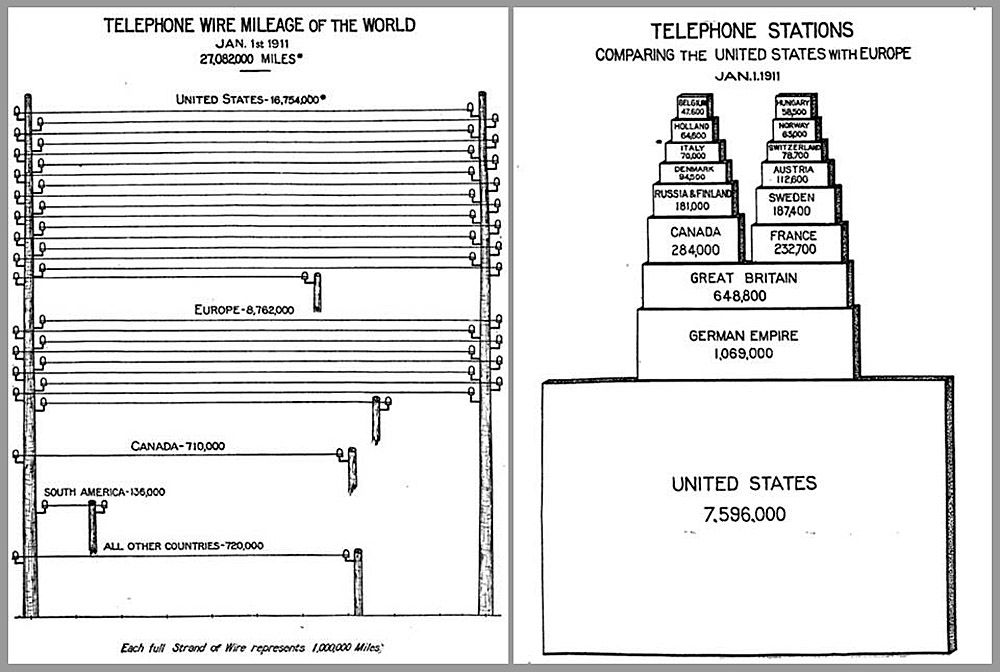 In 1901, the world’s total mileage of phone wire stood at about five million. Twelve years later the total was more than 29 million miles. American wire? Half of the world’s total, about twice that of Europe. The Americans had invested more than one billion dollars in building that infrastructure. And it was paying off. Of the world’s nearly 12.5 million telephones in 1912, 67% were in the United States. And the number of conversations in the US? That was approaching 15 billion – nearly three times what Europe could claim.

History appears to be repeating itself 100 years hence...or is it? In the US, "95% now own a cellphone of some kind," we're told by Pew, and 77% American have smartphones. Compared with China, India, Sweden and a handful of other nations? We're lagging.

For that kind of information you get a bland, 2-D, 3-color graph.

No feel-good float; no parade.

Love the data, @kenfinkel! I wonder how this would compare to the trajectory of personal computer ownership.

Great question @somethingburger. I'll look into it. But my gut tells me that there were no parades for that category of technology.

@kenfinkel Thank you for your work, I invite you to evaluate my work.