Build Your Own Computer – No Experience Required

kavemantech (49)in #technology • 3 years ago 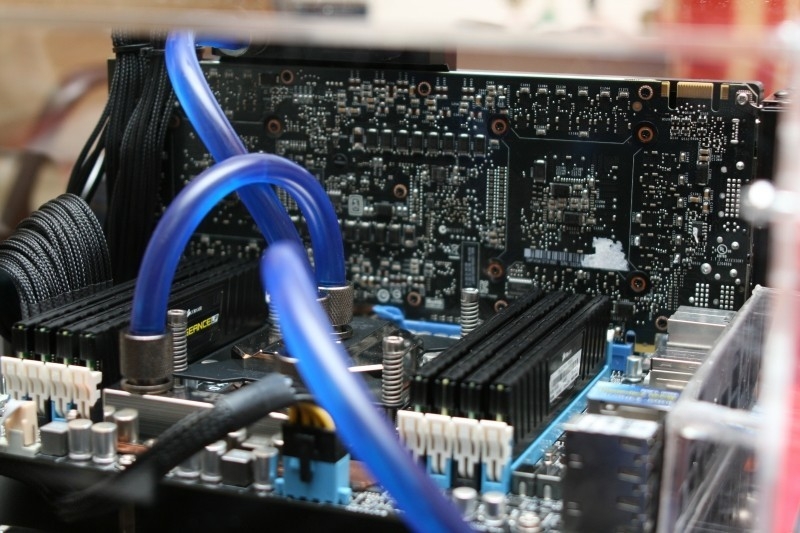 There is a common misconception in today’s society that you have to be some kind of wizard to build your own computer. Companies spread fear by stating that simply opening one of their devices will void the warranty. However, the inner workings of almost all computers these days, from phones to desktop PC’s, are a lot less fragile and complicated than these companies make you believe. Today we will be focused on the benefits and simplicity of building your own desktop PC.

Why would anyone want a desktop PC?

It’s true, in an increasingly mobile world; the desktop PC seems a bit archaic. Generally these PC’s are non-portable and bulkier than devices such as laptops and tablets. The main advantage of a desktop PC is performance. While the performance of portable devices is increasing steadily, they are unlikely to surpass the abilities of a dedicated work station due to limitations in size and cooling. If you are looking for the best possible experience for gaming, video editing or any other computationally intense operations, a desktop is definitely the way to go. Desktop PC’s are also simple to upgrade. Rather than spending 500$-1000$ every time a new gaming console comes out, if your PC isn’t already capable of playing the newest games, you can swap out a few pieces instead of replacing the whole system.

Side Note: If you are not a fan of gaming on a keyboard and mouse, you can easily set up your PC to work with a handheld video game controller.

Another benefit in terms of PC gaming is virtual reality. Almost all modern PC components are VR ready and the headsets/peripherals for VR on PC are substantially cheaper than the proprietary console equivalents.

How long does it take to build a PC?

If it is your first time building a PC, once you have obtained the components you need, the physical act of assembling the system should only take 2-3 hours. Often a more substantial amount of time is taken deciding on the best components for your specific needs. Alternatively, if you are not willing to do the research, there are plenty of great component lists online.

How much will it cost?

The great thing about building your own PC is the price is entirely up to you. If you are low on cash you can buy cheaper components and potentially upgrade them in the future if needed. Building your own computer will also allow you to avoid assembly and branding fees which can cost upwards of 150$. If you are looking to build a PC on the higher end of the performance spectrum, 1200$ (CAD) is a pretty good sweet spot for price to performance.

While building your own computer does not come with an overall system warranty, each of the individual components will be covered by manufacturer warranties. These manufacturer warranties are often about the same amount of time as that 50$ 3-year warranty that big name PC manufacturers will try to sell you.
Alright, so after reading all that you have decided to build your own desktop PC, Let me explain just how easy it really is.
Unlike popular belief, building a computer does not involve some crazy soldering work and a degree in electrical engineering. Most of the assembly process is no more difficult than plugging things into the corresponding slot.

There are eight main components to any modern PC build (one of which is optional):

All of which can be put together into a working system (generally only needing a single screwdriver). With the abundance of great YouTube tutorials from channels such as Paul’s Hardware, BitWit and Linus Tech Tips, even a Neanderthal could follow along. While there are a few fragile components, the build process itself is about as complicated as the Lego sets we played with as children.

I hope you enjoyed this article!

If anyone would like to post pictures or specs of PC’s they have built I would love to see them in the comments below.

Once again, informative post (and very nice of you to offer help in choosing components, that alone gained a follow). Would suggest you remove the "even a Neanderthal could follow along' as we often assume what's easy for us, is easy for anyone. Perhaps even included links to your favourite generic build videos.