While the Motif Window Manager (mwm) has become my mainstay when it comes to striking a balance between simplicity and ease-of-use (think twm, but with easier window handling), there's a part of me that needs to go totally Spartan every now and then. Given that the Ultrix Window Manager (uwm) is now largely unavailable outside of NetBSD or its pgksrc system, the prize would go to the Calm Window Manager (cwm) - besides, it one-ups uwm by dispensing with the right-click dropdown menu on the root window. (It takes a very special window manager to make uwm look extravagant.)

If you're an OpenBSD user like me, then cwm comes out of the box, and is maintained by the OpenBSD project itself. If you've never used it before, here's what you should know ahead of time, in order of priority: 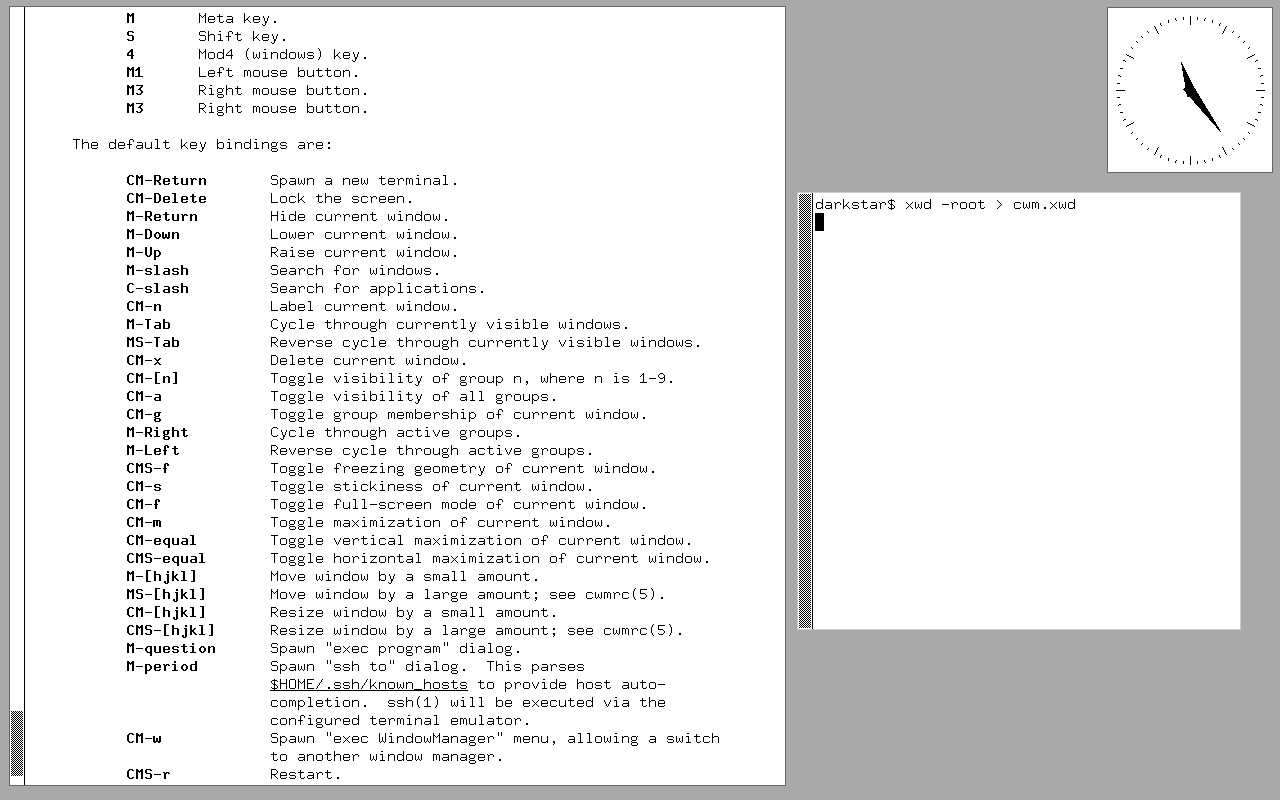 This blazingly simple window manager is a wonder to behold, and is at least fun to think about if initially frustrating or non-intuitive to use. However, if you stick with it until the point of internalizing the basics and leave yourself open to learning the more exotic functions, you may start to feel like a wizard or, even better, you may find yourself forgetting that there's any sort of abstraction between you and your work. (I'm still working towards attaining a certain level of cwm wizardry, though I can handle the basics quite easily. Having said that, after having spent any sort of time away from cwm, I always need at least a few minutes to become acclimatized to its ways all over again.)

I consider cwm to be akin to UNIX in general on two fronts, one being that it doesn't adjust to you but vice versa, and the other being that it's hard to learn but easy to use.